The Conjuring 2 doesn’t quite match the effectiveness of its predecessor due to the law of diminishing returns, but it’s still one hell of a scary ride in its own right.

One of the biggest horror surprises of the decade hit three summers ago when James Wan’s The Conjuring opened to acclaim, strong word of mouth, and bucketloads of cash at the box office. As a result, no one was surprised to see a sequel greenlit by studio execs; but The Conjuring 2 is still opening as something of an underdog when it scares its way into cinemas this weekend.

Sequels, especially horror sequels, have a strong tendency to suck. We all know that. But The Conjuring 2 sees audience expectations and comes out swinging with a new bag of tricks to make you jump out of your seat. Thank the dark gods of things that go bump in the night: The Conjuring 2 is a rare sequel that’s nearly as entertaining as the first.

The paranormal investigations of real-life couple Ed and Lorraine Warren, played by the exceptional Patrick Wilson and Vera Farmiga, are transplanted to the other side of the pond this time around to Enfield, England. An inauspicious English council house plays host to the Hodgson family, including mother Peggy (Frances O’Connor) and her four children. They haven’t lived in the house for long when the classic signs of a good ol’ fashioned haunting start to appear. A whole lot of spooky stuff goes down with a demon nun, an eerie armchair, and the possession of 11-year-old Janet (Madison Wolfe) by a presence calling himself Bill Wilkins. When things eventually begin to get severely violent and terrifying, the Warrens are called to come on behalf of the church. Together through some dark times together, as we learned in the first movie, the Warrens use their faith to lead the way to defeating the evil they encounter in Enfield. 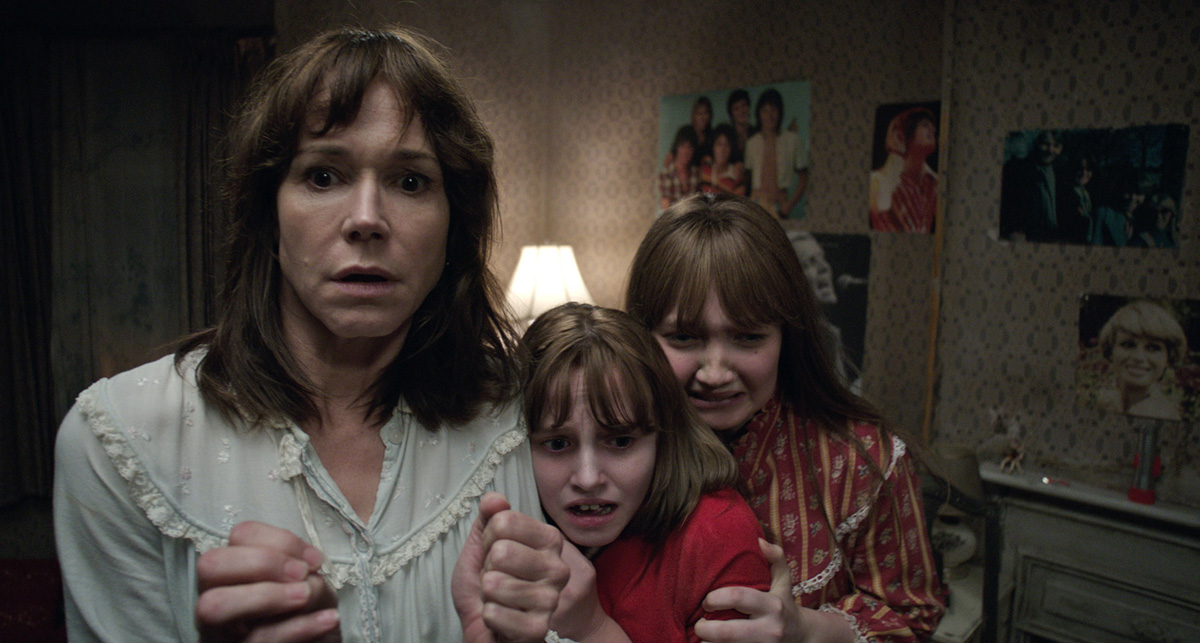 Horror is as intensely subjective as comedy, so it isn’t the easiest to gauge what’s going to go down well for everyone. But this critic jumped at least a half dozen times, and clenched up for a very solid chunk (relative to the genre) of the movie’s 134 minutes. Director James Wan once again demonstrates his knack for inducing a guttural sense of dread and unease in nearly every sequence. It is unfortunate then that the big finale pushes things too far into territory that doesn’t quite fit with the consistency and style of the rest of the movie’s scares. It’s a bit of a misguided step that seems more at home in the Insidious series that Wan originated than it does facing off with the Warrens. 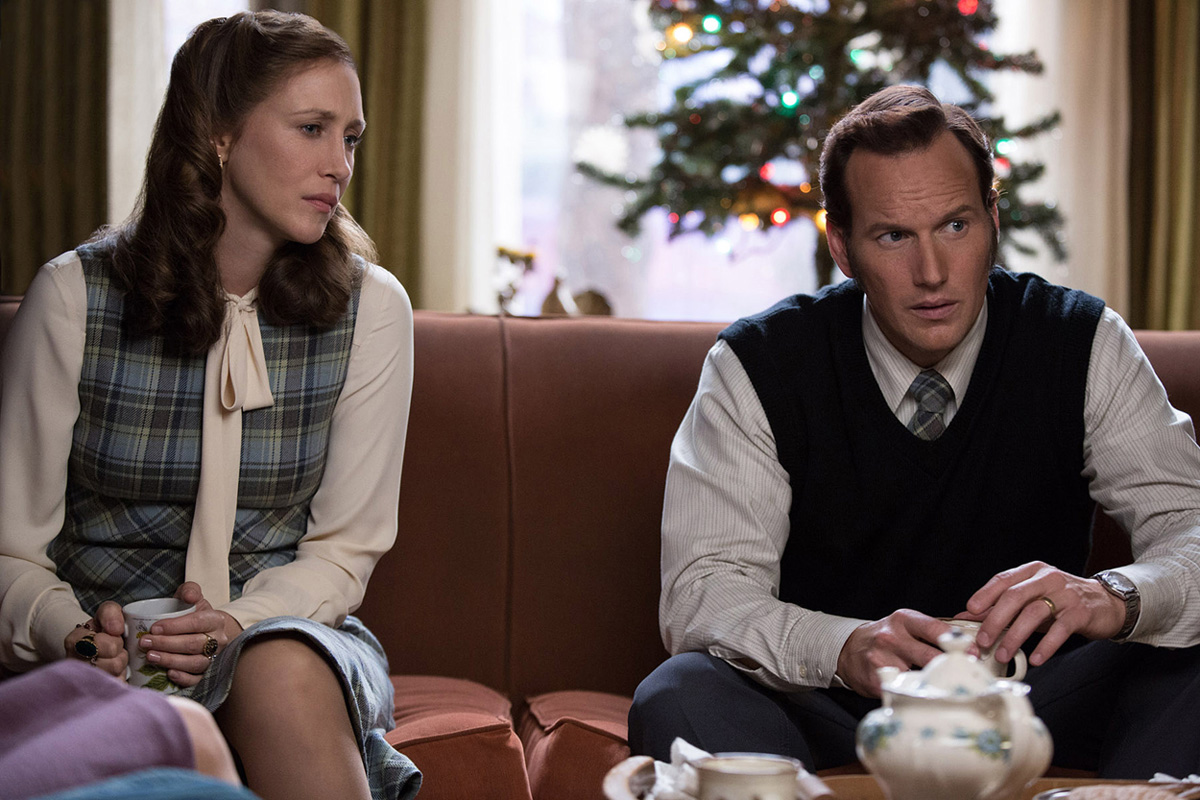 Ed and Lorraine are likeable characters, and the performances of Wilson and Farmiga might even be better in this installment than the last. However too much of the film’s bloated running time is dedicated to re-establishing the couples’ chemistry, and the audience would have been far better served by shifting the focus to the case rather than their connection to it.

But even if the film is a solid 15 to 20 minutes overlong, the performances of the entire cast helps it to remain relatively involving throughout. The impact just could’ve been a bit sharper with its attention focused on the action in Enfield. If those extra pounds mean this series can call it a day and not go the way of Insidious: Chapter 3, then perhaps it might prove to be more fulfilling in the long run. 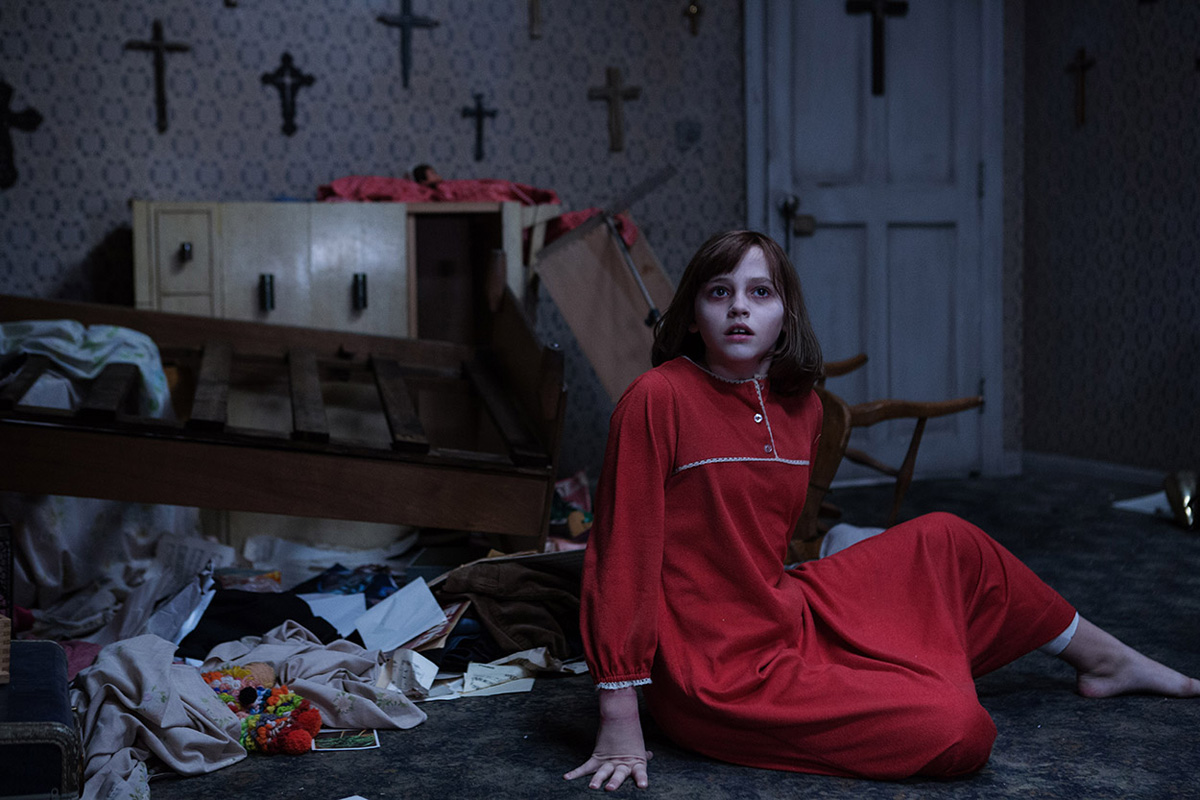 If it’s one thing no one wants it’s another series that digs its own grave deeper and deeper with each added installment. Those that really enjoy these characters and the relatively “grounded” approach to the supernatural material will hopefully agree that this second film could/should cap it off for all involved.

The law of diminishing returns is almost always unavoidable when it comes to follow ups. But taken individually as a standalone scary movie, The Conjuring 2 is solid enough, settling just a hair below the high watermark set by 2013’s instant classic.

A good scare at the movies is tough to come by these days but The Conjuring 2 serves another haunting batch of frights and bad dreams.

Four stars out of five!