So far this year we’ve had a plethora of fantastic family films, but unfortunately The BFG won’t be one of those memorable ones.

I’m not saying The BFG is terrible, but I’m not going to praise it as something spectacular either. I think the word we’re looking for here is “meh.” 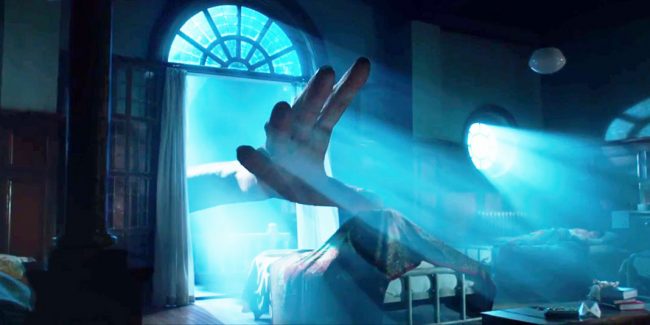 Roald Dahl’s tale of friendship between an orphan girl and a big friendly giant, who is named BFG, gets the big screen treatment from a legendary screenwriter and a brilliant director. Steven Spielberg goes back to the family genre where I personally would love to see him do more projects. Let’s not forget that the man gave us E.T. and The Adventures of TinTin.

Speaking of which, E.T. was written by Melissa Mathison, so when Spielberg needed someone to adapt The BFG to screen, he called home, and had the opportunity to collaborate with Mathison one more time. Unfortunately, soon after this film was completed she passed away.

The BFG story begins during the witching hour. For the orphan Sophie (Ruby Barnhill), that time is at 3 am. As she deals with her insomnia, she sees a huge and mysterious man in the streets. This giant person (Mark Rylance) plucks Sophie from her orphanage and carries her off to Giant Country.

Immediately it’s made clear that this giant doesn’t want to harm her, but keep her from telling the world that he exists. While Sophie is kept prisoner at his house, she finds out that there are other giants who are not nearly as nice. In fact these bigger and meaner giants are on a different kind of diet that doesn’t include snozzcumbers but instead young children.

Although these giants are nastier, some of them are played by a few Canadian actors who bring them to life through motion and face capturing. In fact, I will say that this film has some of the most ambitious use of motion capturing we’ve seen. The other Canadian connection is that The BFG was filmed in Burnaby, British Columbia, eh.

So as Sophie hides from danger, gets introduced to whizzpoppers (giant farts), and learns about BFG’s career in dream catching, a friendship is born (Stockholm syndrome?) where all she wants to do is protect her new friend from being bullied as much as he wants to protect her from being eaten. 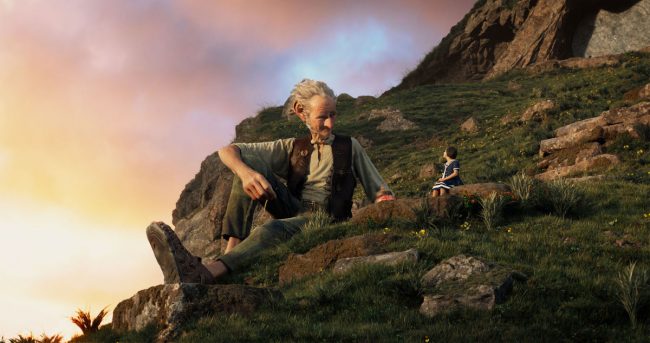 Sophie and BFG concoct a plan to return to the real world to speak to the Queen of England and tell her about the child eating giants so that the military could “take care of them.” This is where the film starts to get charming when BFG has to hang out inside of Buckingham Palace.

The BFG story does have some magic and wonder, but a lot of that is stretched and only exists in small pockets. For the most part, two hours is far too long to tell this story, and the film really suffers from that. There are too many moments where the story drags and rocks you to sleep.

I’m not taking anything away from the performances. Mark Rylance could put a paper bag over his head and we would be entertained. Newcomer Ruby Barnhill does fantastic work as Sophie, and for this to be her very first feature film is really quite remarkable. This girl has a very bright future indeed. 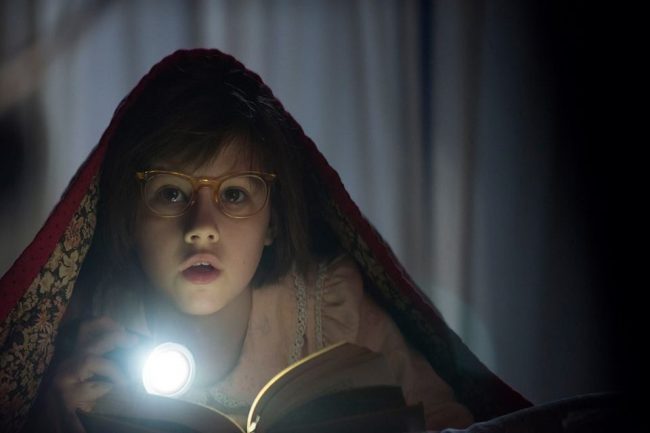 But it’s sad that the most interesting characters that bring real life and energy to this film are the giant antagonists rather than the well acted protagonists.  There is nothing wrong with a slow burn that hinges itself upon character development, but when you are dealing with an audience of mostly children, you need to pick up the pace or else you’re going to lose them.

The BFG has some nice aspects, but so do a lot of movies. Besides the nice use of CGI, there is nothing this film offers that will blow you away. I actually found the 3D unnecessary, and if they spent all that time and money on making this film look pretty, why didn’t they shoot this in real 3D like this year’s Jungle Book? There is no reason for you to spend the extra dollars on the 3D glasses, seeing it in 2D is just fine.

For those of you who loved the book, you’ll probably dig the film. Nostalgia is a powerful thing and can sometimes help you gloss over some of the issues. There are mixed reviews out there, as some of my colleagues loved it, others felt the same as me. But take my word for it; there is no rush to see this in the theatre. At least if you watch it at home you can grab your pillow and take a snooze. You won’t miss much. 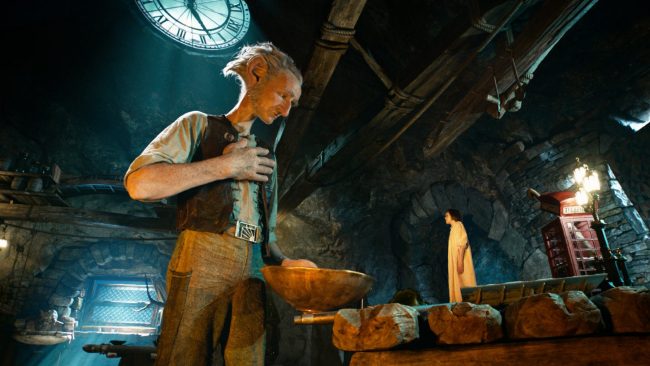 Going to give this a giant 3 out of 5. There were far better family films that were released this year and more coming. This movie is not for the really small beans, but for the kids who are probably eight years old and up; the ones who don’t get bored easily. Unfortunately, with all the credentials and special effects that this film has, it’s rather “averagegizzle.”