It’s hard to get excited about a film called The Accountant. But if you can look past the sweater vests and pocket protectors, this film is actually kind of fun.

I just want to preface this review with one fact. Ben Affleck is not a horrible actor. The man is multi-faceted and has done great work in front and behind the camera. You give the man a good script, and he can usually knock it out of the park. 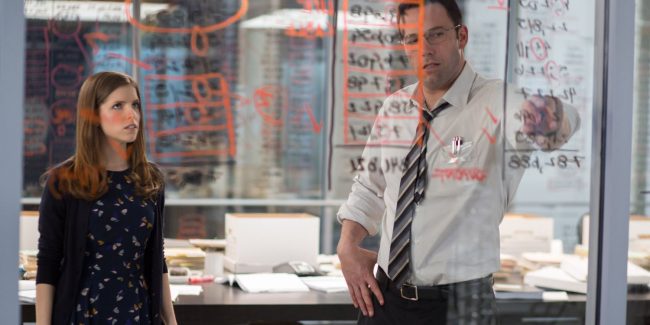 Unfortunately, The Accountant doesn’t have a “great” script, but what it does have is a few positive assets that include intrigue, a lot of action, and some pretty solid performances.

Sure there are some liabilities, but you’re not going into this film hoping to see an Academy Award-winning performance, leave that for the younger Affleck (Casey) in this year’s Manchester by the Sea. But as I’ve said before, sometimes you just want to go into a movie to be entertained and that’s where this film provides positive equity.

The Accountant will sort of remind you of the Jason Bourne films with a touch of John Wick thrown in for good measure. Nothing wrong with that right? The story starts out kind of slow and sludges along as you get to know Christian Wolf (Affleck), a gifted mathematical genius who also struggles with autism.

Wolf works as an accountant cooking the books for some of the world’s most notorious gangsters. Obviously, when you’re in that line of work, job security could be an issue. Wolf lives his life in secret under different aliases, but when Government agents, played by J.K. Simmons and Cynthia Addai-Robinson, start to look into his private practice, he decides to take on legitimate clients as cover. 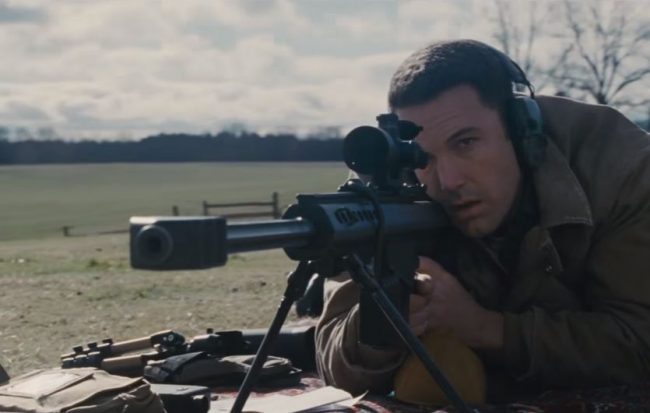 A young accountant, Dana (Anna Kendrick) finds an error in a tech company’s books, and Wolf is brought in to audit and find the missing cash. But what he ends up discovering is a secret that puts his life in danger. This is where you think the film will get bogged down in mathematical puzzles and accounting legalize that nobody understands, but it actually goes into an entirely different direction and you quickly realize that Wolf is no ordinary bean counter.

Affleck is solid in this film and oddly enough he does have some nice natural chemistry with Anna Kendrick. He also commits to the voice and mannerisms of someone with autism and has some pretty funny and blunt throwaway lines. If anything Affleck does enough to keep the film interesting and handles the action scenes very well.

J.K. Simmons plays the Government agent hot on Affleck’s trail, and who can’t get enough of J.K.? Honestly, he brings something to most films he’s in. There is also supporting roles by Jon Bernthal, Jeffrey Tambor and John Lithgow to fill out a pretty sweet cast. 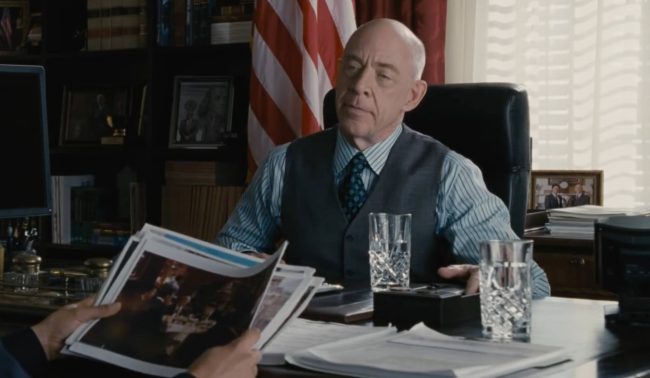 Overall, the script is pretty average but the movie doesn’t try and surprise you with anything. Yes, there are a couple of nice if somewhat predictable twists, but the film kind of leads you to them and doesn’t get caught up in unnecessary melodrama. It’s a straight forward kind of movie with a nice mix of mathematical equations and violent head shots. The first half of the movie feels a bit slow, but the pacing improves in the second half so it’s not a bad

Overall, this film surprised me and I actually enjoyed myself. This is a smart action flick that you don’t need a CPA designation to understand. No reason to rush to the theatre to see this, but it’s definitely one to check out at some point. I give this a solid 3 out of 5.

I give this a solid 3 out of 5 pieces of popcorn as the other two I had to give to taxes.