The 33 is so melodramatic that I was waiting for those poor trapped miners to break out into a Broadway song and dance.

The film is based on a true survival story that unfortunately ends up being a very mechanical and melodramatic film.

It was almost like it took 33 writers to concoct a script using cut and paste. Insert emotional scene here. Insert obstacle here along with a quick solution. The entire story felt like it was grabbing me by the hand and force feeding me plastic emotions instead of just allowing it to happen through great storytelling. 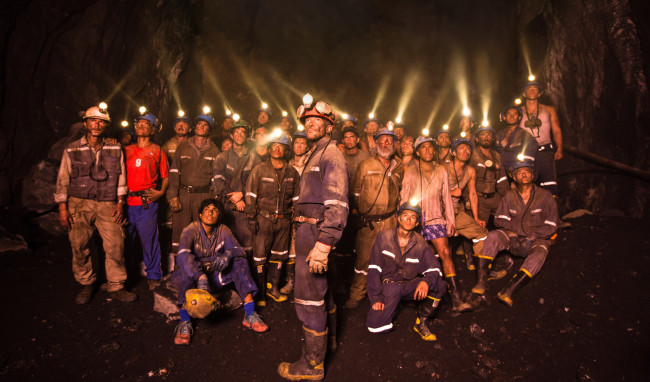 Back in 2010, 33 miners were trapped in a collapsed mine in Chile and were buried more than 200 stories underground. They remained trapped for 69 days, and the ordeal represented the longest underground survival in history.

Many around the world watched and were captivated by the events as it played out on the news. It was a feel-good story about the human spirit and what people can do with hope, ingenuity and cooperation. Of course, you knew Hollywood wanted to trap that real-life drama into a bottle and try and retell the story for the big screen. 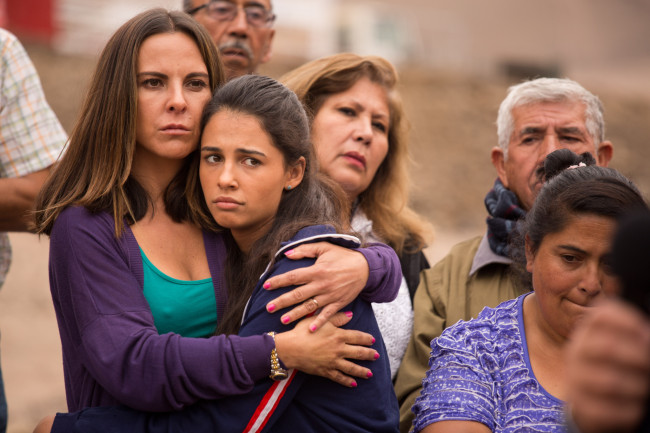 The 33 is directed by Patricia Riggen, who doesn’t really have many projects behind her, and the screenplay is based on the book “Deep Down Dark” by Hector Tobar.

With a cast that includes Antonio Banderas, Rodrigo Santoro, Juliette Binoche, Lou Diamond Phillips, and Gabriel Byrne, the story shines a light in a very dark place where the miners had to work together to survive. However, part of their survival hinged on the pressure their loved ones put on the Chilean Government to do whatever it took to find a way to get the men out. 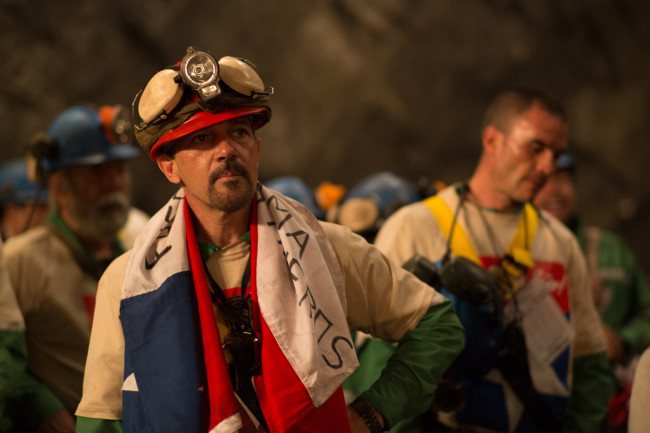 This is such a great story that it should be able to write itself, but sometimes real life drama doesn’t always translate into big screen drama. Especially when you have a screenplay that is marred in far too much cliché and overly dramatic moments.

Nowadays, if you need actors who look like they could be from Chile, you just hire a bunch people who are either tan or darker skin and go from there. Why must that responsibility always fall onto Antonio Banderas? Is he the only Spanish actor in Hollywood? 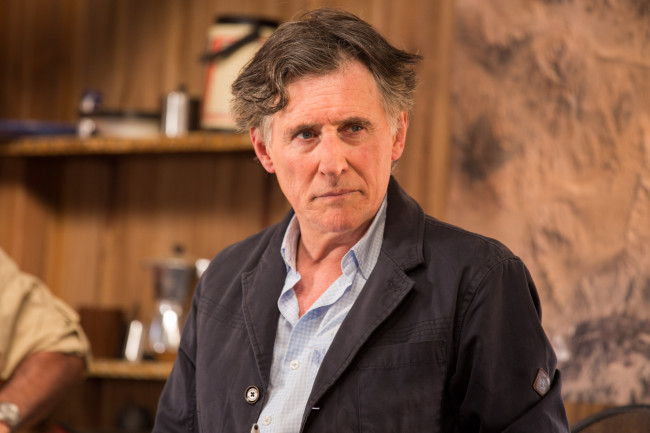 Even if you’re not Spanish- or Chilean-looking, the makeup can make a very white and Irish Gabriel Byrne look like he’s from Brazil.

Besides a sub par screenplay and some “interesting” casting decisions, this is not a horrible film, but it had the potential to be so much better. What’s missing is more authenticity. Why must all the actors speak English? In my mind, the entire film should have been in Spanish with English subtitles.

The overall effects and set design are solid and some of the back story will peek people’s interest. Riggen takes great care in setting the scene. You see and feel how much the job of mining means to the men who do it. It may be dangerous work, but it puts food on the table. 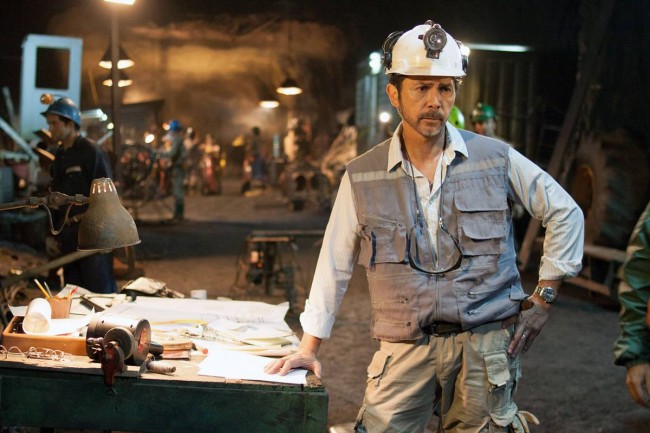 The picture was filmed in the Atacama Desert, just kilometres away from the actual mine, and cinematographer Checco Varese does an amazing job of capturing the rugged, dispiriting beauty of the place.

In the end, the entire film plays out like a made-for-television movie where all of the challenges or character problems are solved within minutes. Everything seems forced instead of just allowing a slow burn of character development.

This is not a movie you’re going to want to watch twice. In fact, one of my fellow critics made a great point in saying that this is the type of movie you wouldn’t mind watching as part of your inflight entertainment on a long plane ride home. 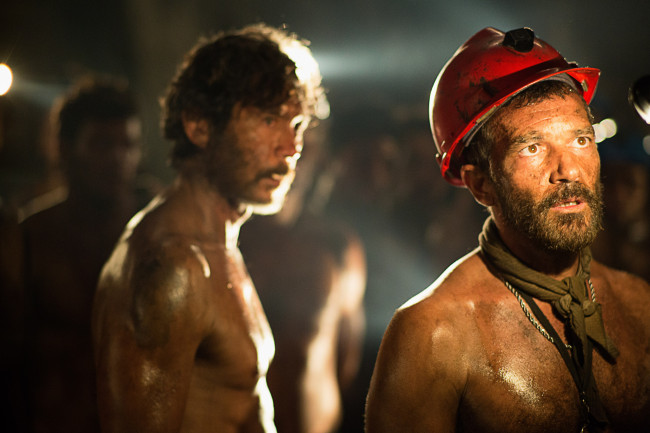 Cinema factoid: Jennifer Lopez was attached to the film as a major lead character but later left due to scheduling conflicts with American Idol.

No reason to make a trip to the movie theatre for this one. I would wait until The 33 shows up on video-on-demand or Netflix. The true events surrounding the story will keep you interested, but the overall execution of the film seems far too over the top.

The 33 only gets 2.5 raindrops out of 5 from me. If you want to hear even more in depth analysis on this film and other movies, click on our new podcast Flix Anonymous below.

This film is rated PG-13 and opens on November 13.