Having to follow up a classic stoner film from seventeen years ago is no easy task, but Super Troopers 2 is a serviceable comedy that’s funny, clever and still possesses the charm of the original movie.

You don’t have to be high to enjoy it, “but it would be a lot cooler if you did.” That said, maybe watching it sober the first time around will allow you to catch all the throwaway lines and jokes that you will most likely miss. The entire movie is essentially a series of Broken Lizard sketches all squished together to make a somewhat predictable story. 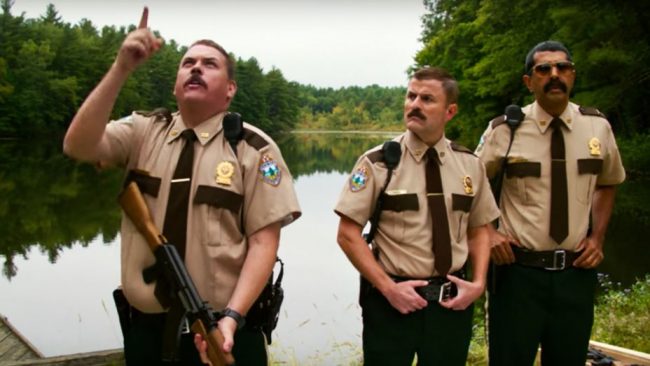 Let’s get right to the point, the movie is f*cking dumb.

It’s full of juvenile humour that hits and misses and will probably be appreciated more as time rolls on – or after you roll one on. You won’t leave the theatre a smarter person, but you might leave a hungrier one. 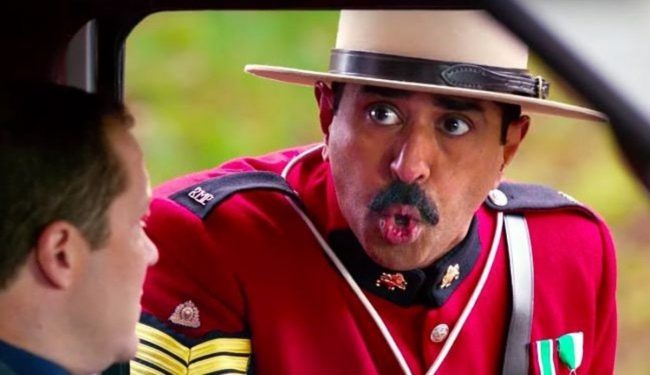 However, our favourite officers get their badges back when it turns out that the border between Vermont and Canada is in dispute, and a group of officers is needed to patrol the new American territory. The small Canadian town nearby doesn’t like the idea of being Americanized so the locals, including the mayor, Guy LeFranc (Rob Lowe) and a Canadian Mountie squad, that looks like a dark mirror of our favourite cops, try and put a stop to the American invasion.

Things get even more complicated when the State Troopers stumble upon some mysterious roadside contraband.

The film is a single-minded comedy, finding no shortage of jokes to make at the expense of Canada. To be fair though, there are plenty of clever quips made about Americans that keeps things balanced in the zinger department.

A lot of the cracks are low hanging fruit that Canadians have heard many times before. It’s actually the Mounties played by Will Sasso, Tyler Labine and Hayes MacArthur who bring much of the hilarity to the flick, although I did find Sasso’s over the top French accent start to wear on me after a while. The same can be said for Farva (Heffernan), who’s insanity is dialled up to 11 that he ends up becoming more of a caricature of the classic moron from the first Super Troopers. 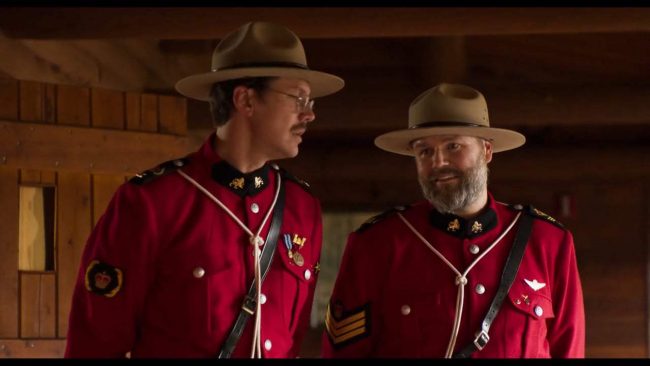 All of that aside, fans of the original are going to like the sequel because it delivers new material and throws in a few nostalgia winks and nods to the first film. Also included are some unexpected cameos that bring some extra smoke to the proceedings. This is a movie that needs to be watched multiple times to catch everything. But on the first viewing, Super Troopers 2 at least manages to avoid the pitfalls that harm other comedy sequels.

People wanted to see another rendition so badly that they helped crowdfund this project in hopes to see more roadside hijinks. Those stoners will be pleased but the odds of it winning over any newcomers or creating enough of a buzz for a third go-around seems highly unlikely.

Playing at a theatre near you. Rated R (for crude sexual content and language throughout, drug material and some graphic nudity). 100 minutes