So how does director Sam Mendes follow up his 007 classic Skyfall? By apparently making a Bond film that nobody will remember.

In this new addition to the 007 franchise, James Bond (Daniel Craig) receives a cryptic message from his past that sends him on a rogue mission to uncover a sinister organization called Spectre. As Bond travels through Mexico, Italy, Morocco, and Austria, he starts to peel away the layers of deceit and betrayal to uncover a very scary truth. 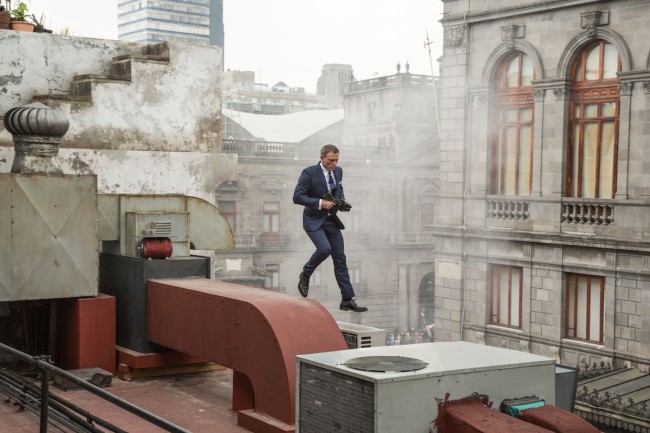 Sounds like your prototypical Bond film right? It also sounds similar to another spy film that came out last summer called Mission: Impossible – Rogue Nation. Similarities aside, Spectre and director Sam Mendes had a large challenge to follow up 2012’s Skyfall, which many consider one of the best 007 films ever made.

Before we get to the nuts and bolts of a review, whose idea was it to show the entire Sam Smith Spectre music video before the film? Seriously that had to be one of the weirdest things we’ve ever seen before a screening. Why show a music video that shows clips from the film that we are about to watch? Not to mention the new Bond song is terrible and the audience had to sit through it twice.

Just like Sam Smith, this film will not be everyone’s cup of tea. In fact it’s rather average. But don’t just take my word for it.

A big release like this deserves the tag team approach in movie reviewing. I tag in fellow Vancitybuzz film scribe Mr. Dan Nicholls to spew some Spectre truth. 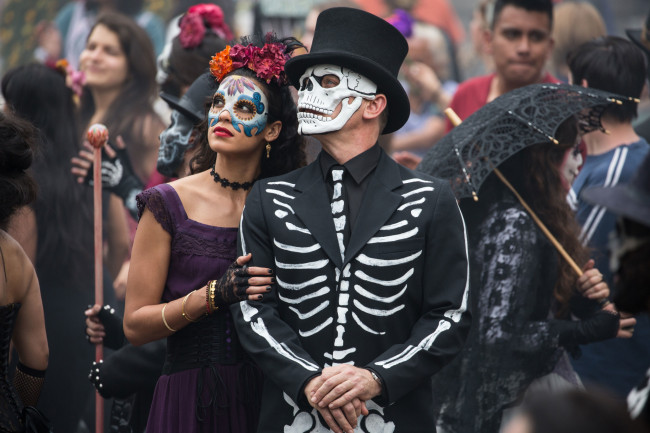 Trevor Dueck (@TrevDueck): Ouch. It’s not like I was bored, but it seems like we have tread on this story-line before. It all feels so familiar. This film is crammed full of all the same ol’ Bond’isms. Martinis are shaken, women are mysteriously easy, and the plot is predictable. I feel they sort of mailed Spectre in and didn’t bring anything new and creative to the franchise or story. 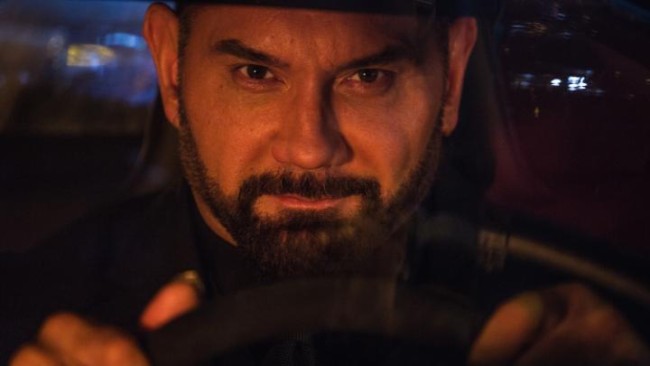 Dan: It’s not like it’s a poorly made film. Director Sam Mendes provides a steady hand that keeps everything more or less coherent. But the majority of the action that follows Spectre’s fantastic opening scene feels devoid of any inspiration.

Trevor: I do like Dave Bautista as the violent thug Mr. Hinx. He’s sort of a throwback to the iconic Jaws character from the 007 classics, The Spy Who Loved Me and Moonraker. Of course you also have the beautiful Aston Martin DB10 that Bond takes on a nice leisurely cruise through the streets of Rome. 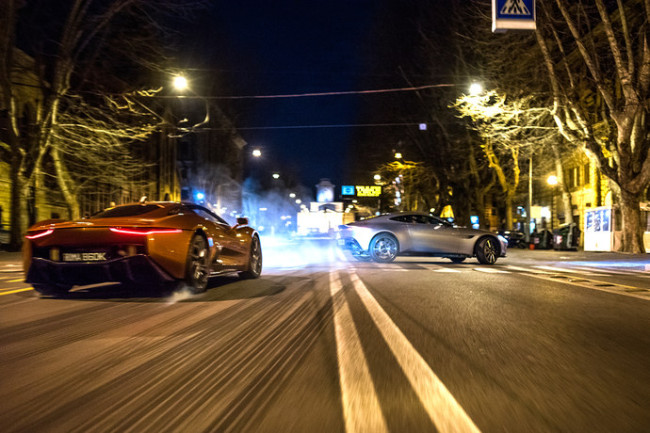 Dan: Yeah but besides all of that, the plot feels like the bare outline of a story retrofitted to serve as a grand finale to Daniel Craig’s tenure in the role.

Trevor: There’s a lot of talk that this could be Craig’s farewell performance. He has been pretty open about not wanting to do another Bond film. Although sometimes absence makes the heart grow fonder along with a big wheelbarrow of money. The question is should Craig come back? Without giving any story details away, the plot seems all too convenient for my liking. It’s almost a cop-out.

Dan: How Casino Royale, Quantum of Solace, Skyfall, and Spectre all ultimately tie together in this film is ill conceived and groan-inducing. If Skyfall was the apex of the Craig bond films, then Spectre is little more than an unwelcome victory lap, a sort of “greatest hits” goodbye package for the fans.

Trevor: That’s too bad. I could watch Daniel Craig as Bond all day. But we also have some top-tier supporting talent in Ralph Fiennes, Ben Whishsaw, Naomie Harris, to name a few, who come off as wooden to me. Maybe that’s to be expected when most of the film is focused on James Bond going rogue; the supporting cast takes a bit of a back seat. 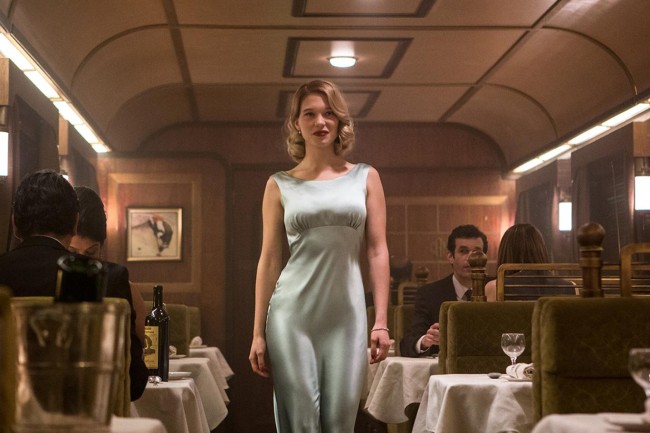 Dan: Oh I agree fully. I also think it is a disaster of a screenplay mixed with some pedestrian (by Bond standards) set pieces. I think Lea Seydoux gives a strong performance in a badly written role. I hope this movie raises her profile, because she deserves to be noticed on a major level. But it’s a true shame and disrespect to her talents that her character is handled so poorly.

Trevor: After seeing this movie, I am in love with Lea Seydoux. I told my wife she is my new celebrity affair AKA: Hall Pass. “Know what I mean? Say no more, say no more!” For my money she fits easily into the top ten of Bond girls.

Dan: She is definitely talented and easy on the eyes. Daniel Craig actually looks like he’s having fun throughout the movie too. But I agree, the rest of the cast feels oddly misdirected. 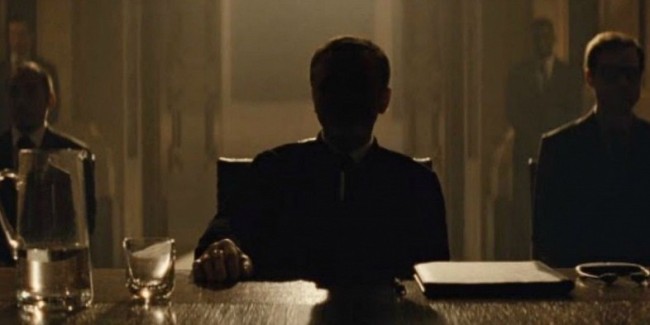 Trevor: Another favorite actor of mine is Christoph Waltz. I was stoked when I heard they cast him as the Bond baddie in Spectre. But I was underwhelmed with his performance and how little he was used. He also reminded me of “Dr. Evil” from Austin Powers.

Dan: He huffs and puffs but doesn’t blow anyone away with his supporting role this time. People seem to really care about this character’s true identity, but whether he actually is or is not a certain kitty-stroking madman is moot if the character on screen isn’t interesting. We’re only reminded of how much better villains Le Chiffre (from Casino Royale) and Silva (from Skyfall) were. 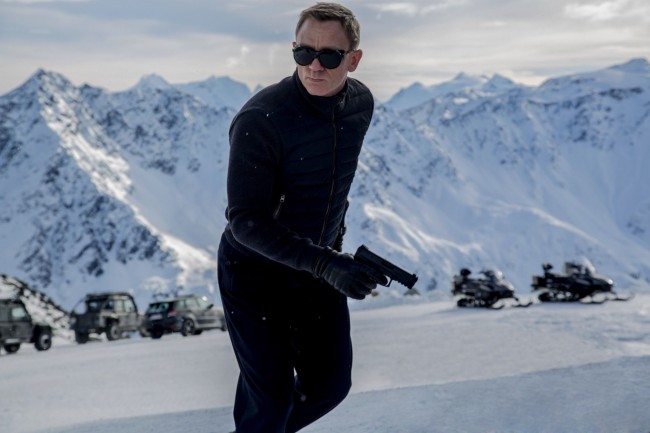 Trevor: So what’s the verdict on this one?

Dan: Spectre is the Craig Bond Dynasty’s The Dark Knight Rises. It is entertaining in bursts and carries forward the style and aesthetic we’ve come to appreciate about the series. But like the finale of Chris Nolan’s Batman saga, Spectre is dumb.

It sends our hero off with a happy ending that’s muted by the lackluster two hours and twenty minutes that precede it. If this is indeed Craig’s swan song as Bond, then he’s leaving one film too late.

Trevor: I didn’t hate it. But it didn’t blow me away. I actually think that Mission: Impossible – Rogue Nation is the better film out of the two. I’m also going on a limb and will say I like The Man from U.N.C.L.E. more too.

I am not going to give Spectre as low of a rating as Dan did. It gets a strong three raindrops out of five for me. It’s fun and will entertain you. But don’t feel bad if you miss this one on the big screen. In my opinion I would wait to watch Spectre on VOD (Video on Demand).

The writing’s on the wall, Bond, James Bond, needs a break.