That’s the age-old question posed early on in the brand new Smurfs reboot: The Lost Village.

For those waiting in anxious anticipation, we finally get some answers in terms of the famous female character’s roots thanks to a modern twist on a decades-old property.

But first, a bit of background…

The Smurfs began in 1958 as a Belgian comic series, created by artist Peyo, about a group of small blue (mostly) male humanoids who live in mushroom houses.

The franchise earned great success and ushered in an era of merchandising madness that included toys, games, and the beloved 80s Saturday-morning cartoon show.

There have been several film adaptations of the lovable creatures over the years; the most recent iteration was the forgettable live action/cartoon hybrid starring Neil Patrick Harris in 2013. This was actually a sequel to the 2011 release. 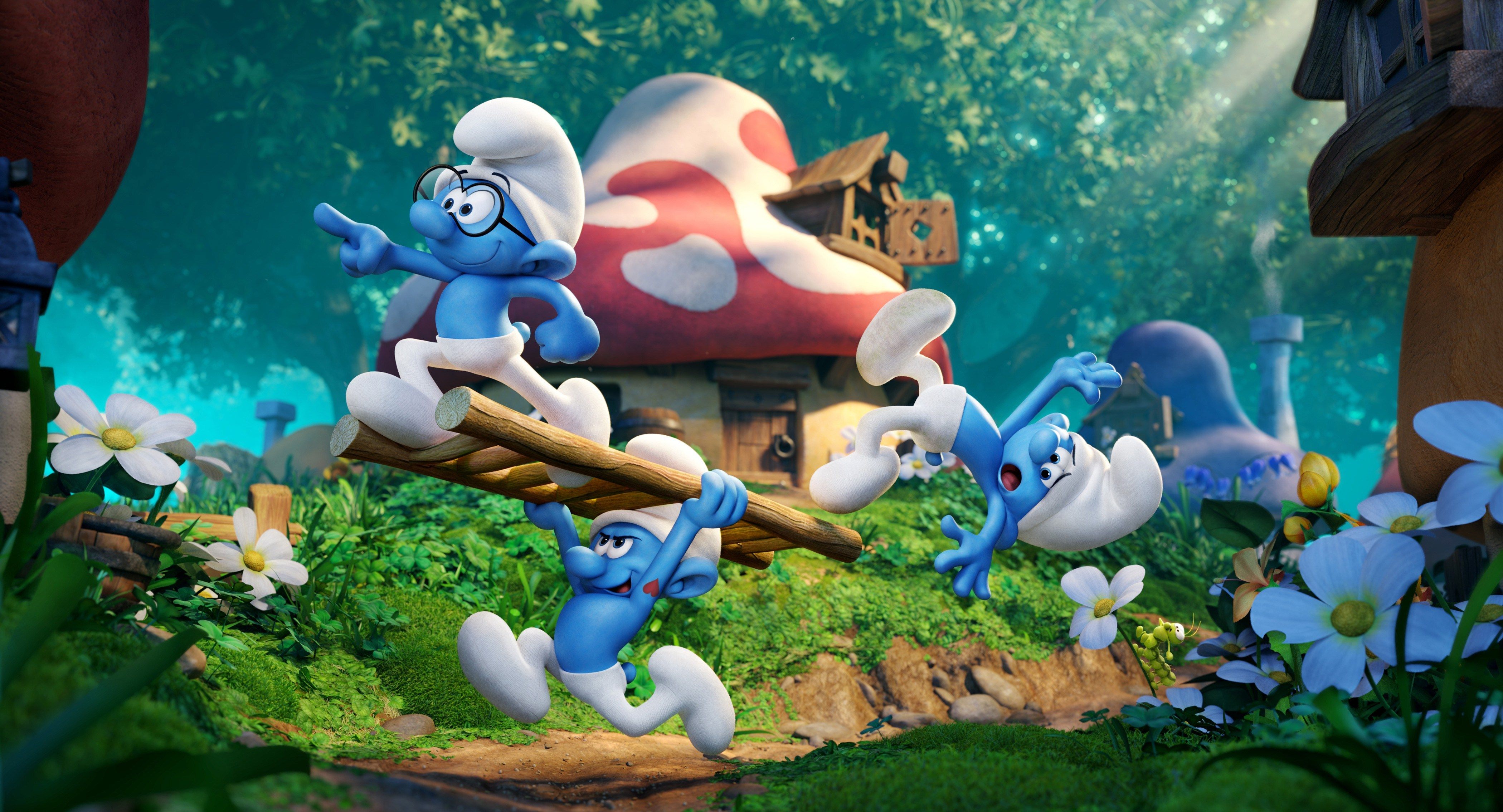 Flash forward to present day and The Smurfs have boarded the reboot train, fully animated as it should be.

Thankfully, you can put your groaning, facepalming & eye-rolling to rest because this updated version is actually a lot of fun, looks gorgeous, and brings some much-needed gender equality into the mix.

The Lost Village begins with a typically straightforward character introduction. The familiar ones are there plus a few hidden gems including Vanity Smurf, Baker Smurf (courtesy of a Gordon Ramsey cameo), and the scene-stealing Nosey Smurf.

Of course, it wouldn’t be a Smurfs flick without the evil wizard Gargamel (along with sidekicks Azrael the cat and Monty the vulture). The iconic villain is brilliantly voiced by Rainn Wilson. 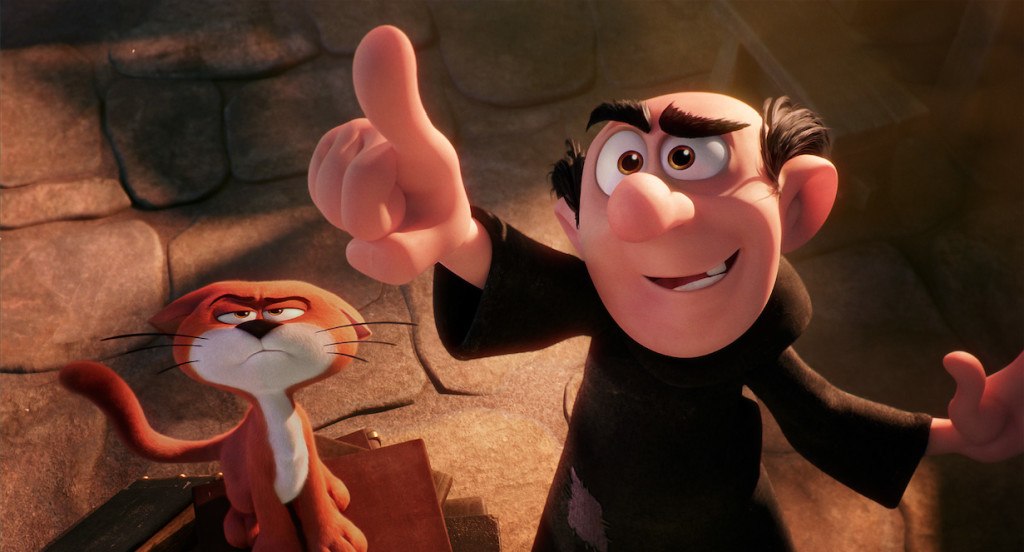 One day, Smurfette wanders a little too close to the forbidden forest and notices a creature bearing her likeness who leaves behind a mysterious map leading to an uncharted village. Against Papa’s stern warning, she soon sets out on a journey of discovery joined by Brainy, Hefty, and Clumsy with Gargamel and his fiendish pets following close behind.

The group eventually stumbles upon Smurfy Grove, a hidden dwelling containing, you guessed it, girl Smurfs! These refreshing characters include Willow (voiced by Julia Roberts) and Storm, portrayed by Michelle Rodriguez.

For a film geared specifically towards kids, there is a surprising amount of entertainment for adults here. Yes, there are still the predictable lowbrow gags. At one point Smurfette kicks a fellow Smurf in the crotch and he painfully exclaims “Owww, high heels”. Still, other jokes are cute or somewhat witty and the pacing is quite brisk so the movie never overstays its welcome.

The Lost Village is also a feast for the eyes. The animation (I didn’t see it in 3D) is beautifully rendered, giving the whole environment a soothing, smooth texture. The Smurf’s home is portrayed with meticulous attention to detail.

Once the group’s trek takes them into the forest there are plenty of imaginative elements including monster flowers, fire-breathing dragonflies, and glowing rabbits.

Admittedly, some of these scenes are reminiscent of last year’s Trolls but I digress. 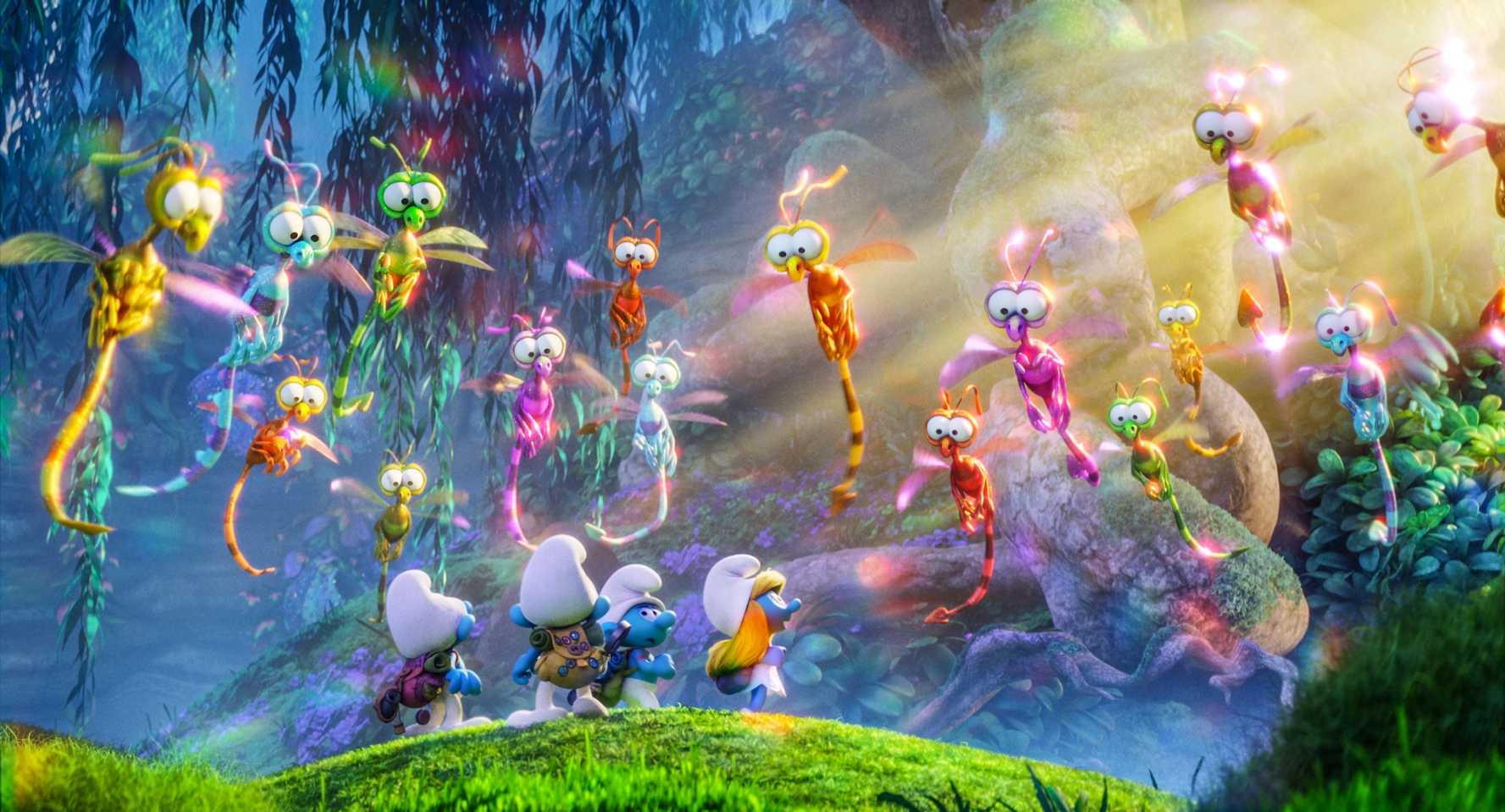 Action is a big part of the movie as several chase sequences unfold throughout the plot. These too are expertly crafted with visual flair and genuine thrills that really help keep the story’s forward momentum moving along.

The plot contains a rather eyebrow-raising twist explaining Smurfette’s origin that may have Smurf purists (are there any?) up in tiny blue arms but my advice is to just accept it.

Smurfs: The Lost Village earns 3 out of 5 popcorn pieces with a generous helping of crumbled blue cheese.

Playing at a theatre near you. Rated PG and is 89 minutes long.