With Minions and Pixar trying to get our children’s attention, Shaun the Sheep strolls in at the end of the summer blockbuster season and gives us one of the best animated films of 2015.

If it’s not Frozen, it’s those freakin’ Minions that drive some people crazy. Look, I get it, kids love anything cute that is mass produced and shown to them fifty billion times a day. 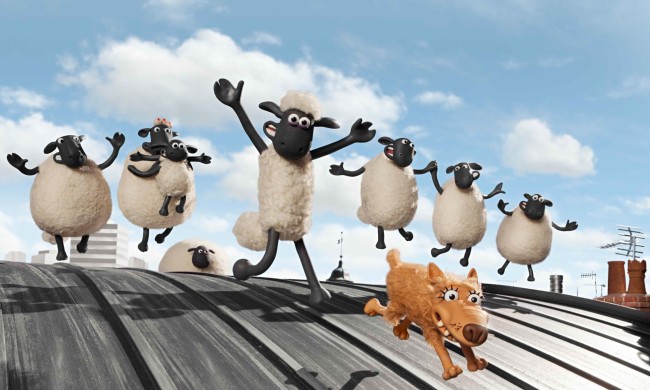 With the summer season of blockbusters coming to an end, there is always a film or two that sneaks in without a lot of fanfare and delivers beyond expectations. Shaun the Sheep doesn’t say much, and there really isn’t some kind of mind blowing message that it tries to convey either. Instead, the only thing they preach is fun.

If you are not aware of who Shaun is, he’s a sheep that comes from the the minds of Aardman Studio, the creators of the popular British TV series and films Wallace and Gromit. So yes, it’s stop-motion claymation of the highest order.

Not only is the film well crafted and simple, but it provides sight gags and slapstick humour that the other film about those cute little yellow guys failed so miserably at. 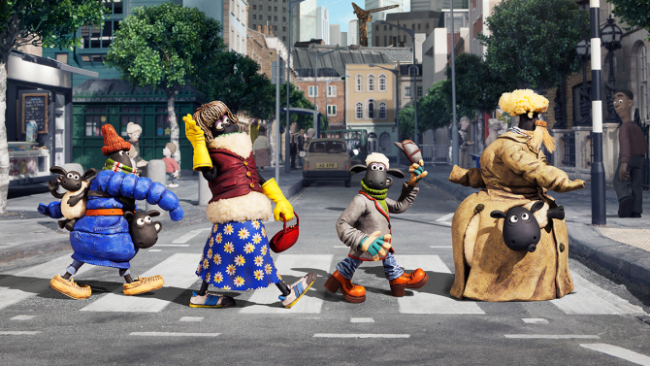 The basic story goes as follows: Shaun is a sheep who is tired of the monotony and doing the same thing day after day on the farm. So he comes up with a scheme to get rid of the farmer for the day so that Shaun and his sheep pals can finally enjoy a much-needed day off.

Of course things go horribly wrong with a mix up, a caravan, and a very steep hill that sends Shaun’s plans and the farmer spiralling out of control and into the hospital located in the Big City. Shaun and the flock go from vacation to a rescue mission to try and bring the farmer back home. Of course they must also outrun the city’s toughest animal control officer. 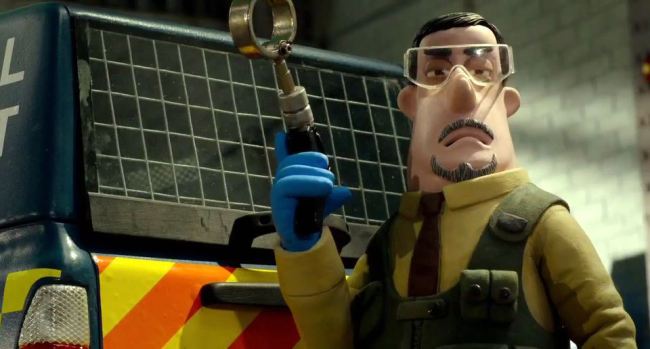 There is no talking…just jokes. Well, what you get are animal noises, farts, mumbling and site gags that would make Benny Hill proud. If you are familiar with the TV show or anything related to Wallace and Gromit, you’ll understand and enjoy the stylings of the award-winning director and writing duo Mark Burton and Richard Starzak.

Shaun the Sheep is one of the top animated films of 2015 so far. Obviously it will be up against the Pixar giant Inside Out. However, what your kids get with Shaun the Sheep that they didn’t get with Inside Out is silliness and humour that you don’t need a PhD in psychology to understand. 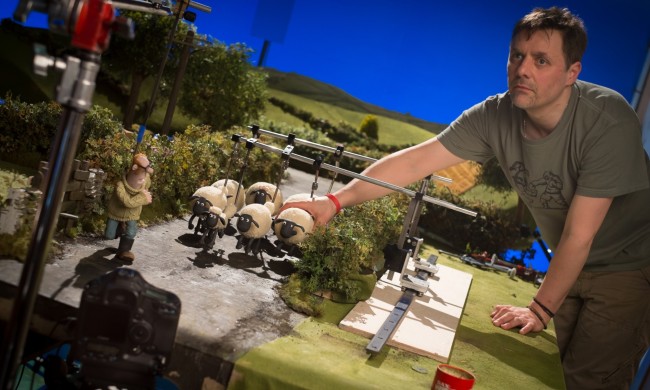 There is a lot of work that gets put into stop-motion animation. We saw it with last year’s animated Oscar contender The Box Trolls. The work itself is long and tedious and continues to be a throwback to how animated films were done in the past. With everything going digital and computer animation all the rage, it’s nice to be reintroduced to the classical stylings of this arduous art form.

If you’ve never seen anything from Aardman Animations, I recommend checking out Wallace and Gromit – The Curse of the Were-Rabbit, which won an Academy Award, or Chicken Run, which is the highest grossing stop-motion claymation film ever made.

No problems giving Shaun the Sheep 4 raindrops out of 5. It’s a great film to take your kids to and parents and other adults will enjoy it as well. It’s pretty straight forward with big laughs.