Selma is a dramatic documentation of events surrounding a civil rights protest in 1965 Alabama, led by Dr. Martin Luther King, Jr. The film picks up shortly before Dr. King leaves for Selma and ends at the close of the march he led from Selma to Montgomery. David Oyelowo stars as Dr. King. The cast also features Carmen Ejogo as Coretta Scott King, Tom Wilkinson as President Lyndon B. Johnson and Oprah Winfrey as protestor Annie Lee Cooper.

The subject matter is important and there are some truly powerful moments, but the film is overall underwhelming.

It feels less like a traditionally structured story and more like a series events related to the march from Selma. It is hard to identify the climax of the film, for example. Dr. King’s speeches all seem to be given equal weight, so there is not one that stands out as the big speech. It is definitely worth watching if your reason for seeing it is an interest in history. It works as an education where it falls short as a form of entertainment.

This is not to say that there is not some wonderful acting in the movie. 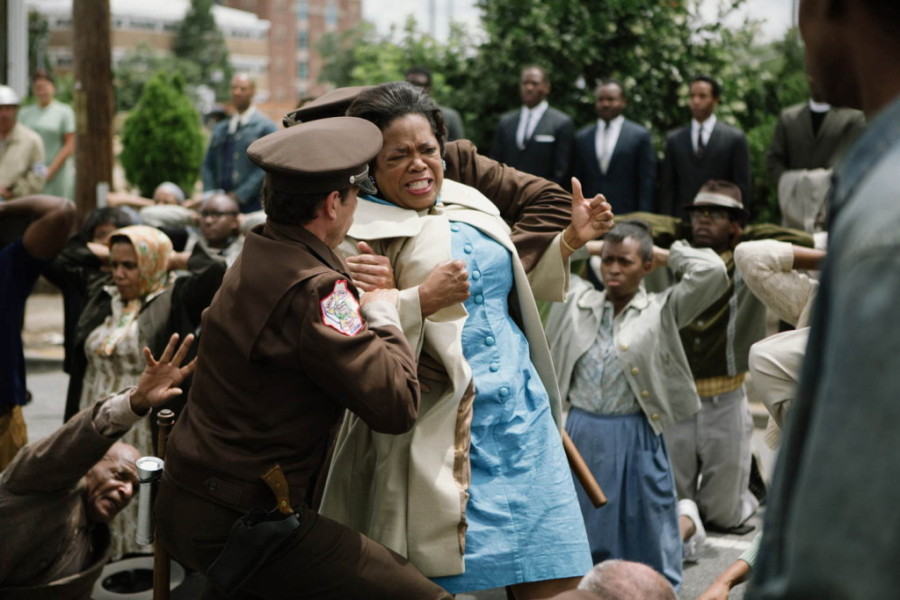 While Oyelowo delivers multiple speeches as Dr. King, and he does so with a lot of conviction, Oprah Winfrey’s role is likely the most memorable one in the film. There are a number of graphic moments that demonstrate the horrors of the time, but it is through Winfrey’s Annie that we most feel the frustrations of being denied the vote and having to fight for it. Annie’s introductory scene is possibly the best part of the movie.

There are a lot of stories partially told within the film. Tensions in the marriage of the King couple, a young protestor’s clash with his own advocacy group, and other sub plots are touched on. They are, however, only touched on. We are shown snapshots and slices of life, but we do not follow the side stories through to their conclusions or in many cases receive background information about events that are shown. Despite being told at the end how the lives of some characters turned out it is difficult to get a sense of closure.

There is certainly a way in which this is an important film, but it is also very dry.

I give Selma three out of five raindrops.