Popstar: Never Stop Never Stopping can be considered dumb and ridiculous. Some jokes work, some don’t, but when it comes down to it, I left feeling satisfied.

Over the last couple of months, we’ve seen a smattering of comedy gems with the likes of Key and Peele’s feature-length debut Keanu, and Seth Rogen’s giggle-inducing Neighbors 2: Sorority Rising. Now we get another dose of fun thanks to this musical mockumentary, written and directed by the Lonely Island boys, the Saturday Night Live team who gave us gems like “Dick in a Box” and “Hot Rod.” The trio’s music is hilarious, sometimes nonsensical, and often pokes fun at the pop music industry; so you won’t be surprised to find their latest feature is no different. 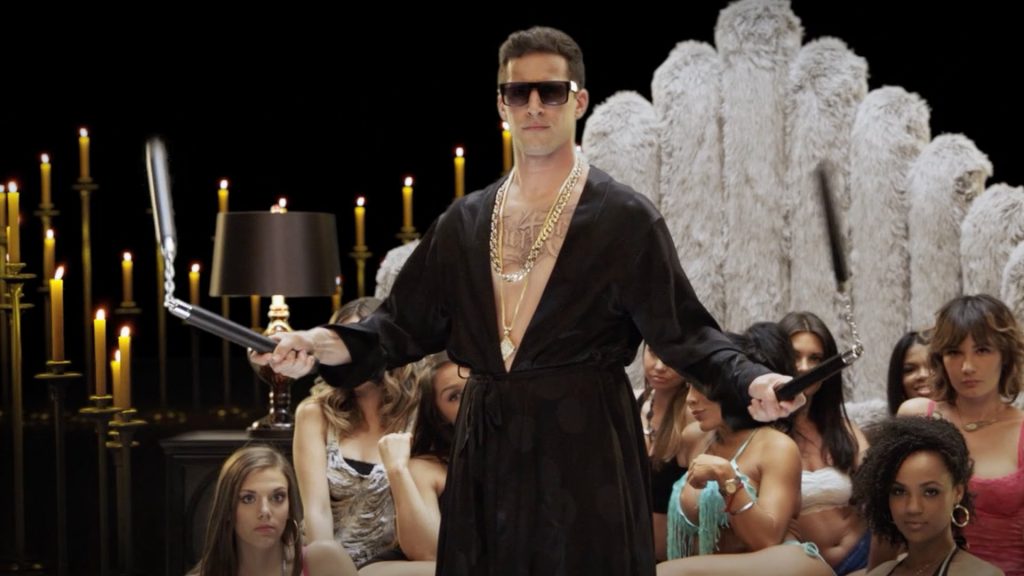 Lonely Island, made up of Andy Samberg, Akiva Schaffer, Jorma Taccone, and occasionally Justin Timberlake, have created a satire of the current music scene, and most of all, Canada’s disowned pop pipsqueak Justin Bieber. So right off the bat you’ve got a recipe that taps into one of Canada’s favourite past times: making fun of the Biebs.

There’s also enough razz to throw around towards the likes of vanilla boy bands and ironically Justin Timberlake. However, it’s never done in a mean-spirited or cruel way. In some respects, they are making fun of an industry that they genuinely like, but is still so ripe for the picking. Some of the bigger jabs are directed towards TMZ, overblown concerts, popstars who take up causes they know nothing about, and a proposal scene involving the singer Seal and some wolves. 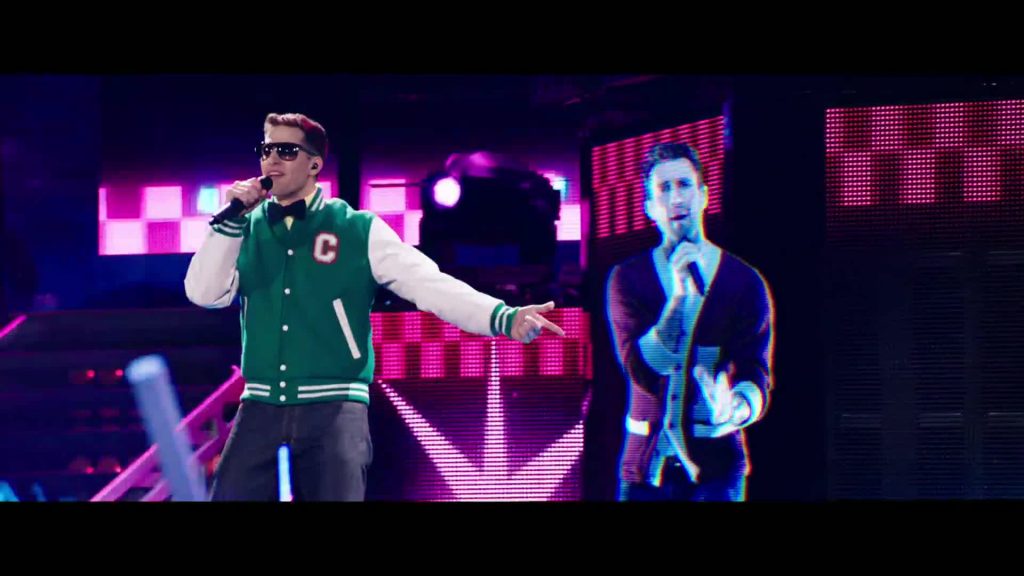 The end result is often hilarious and people will want to instantly compare Popstar to the incomparable music mockumentary This is Spinal Tap, and that’s fair because you can clearly see that the Lonely Island dudes were inspired by the classic. Yet the film never reaches those comedic heights no matter how hard it tries.

Popstar: Never Stop Never Stopping is a mockumentary that introduces us to the boy band the Style Boyz. Old video footage shows the boys growing up together, which is actually based on The Lonely Island’s real life relationship, and eventually creating a successful group that churns out a couple of hits like “The Donkey Roll” and “Karate Guy.”

Of course, at the group’s peak of success lead singer and dreamboat Conner (Samberg) leaves for solo stardom as Conner4Real. After a big selling debut album, Conner’s follow up falls flat, and a new reality sets in as he flames out in the most spectacular way. He insulates himself from the bad press while living in a state of denial by surrounding himself with enabling yes-men. I don’t want to give too much more of the film away, but there are some great comedic moments and some outrageous songs that you can currently find on their new album. 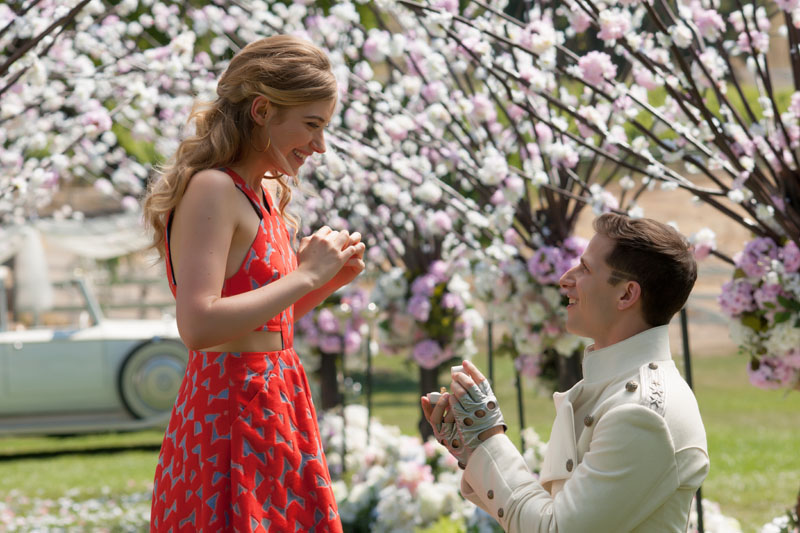 There are cameos galore with the likes of Mariah Carey, Adam Levine, Carrie Underwood, Usher, Snoop Dogg, who are just a few of the musical celebrities who have no problems making fun of themselves while they give a “Behind the Music” take on Conner’s work. There’s also room in this film for former SNL cast members and some brilliant comedic scenes with Sarah Silverman, Tim Meadows, Joan Cusack and Bill Hader who are hilarious as supporting players in Conner’s world.

Overall the film is fun, and thankfully fits within 90 minutes, because there are times where things feel a tad long. Samberg is great and really carries the film with one of his best performances of his career. Although he plays a bit of a ditzy douche, he’s a pathetically likeable character and behind all the bling is a heart. Aww… 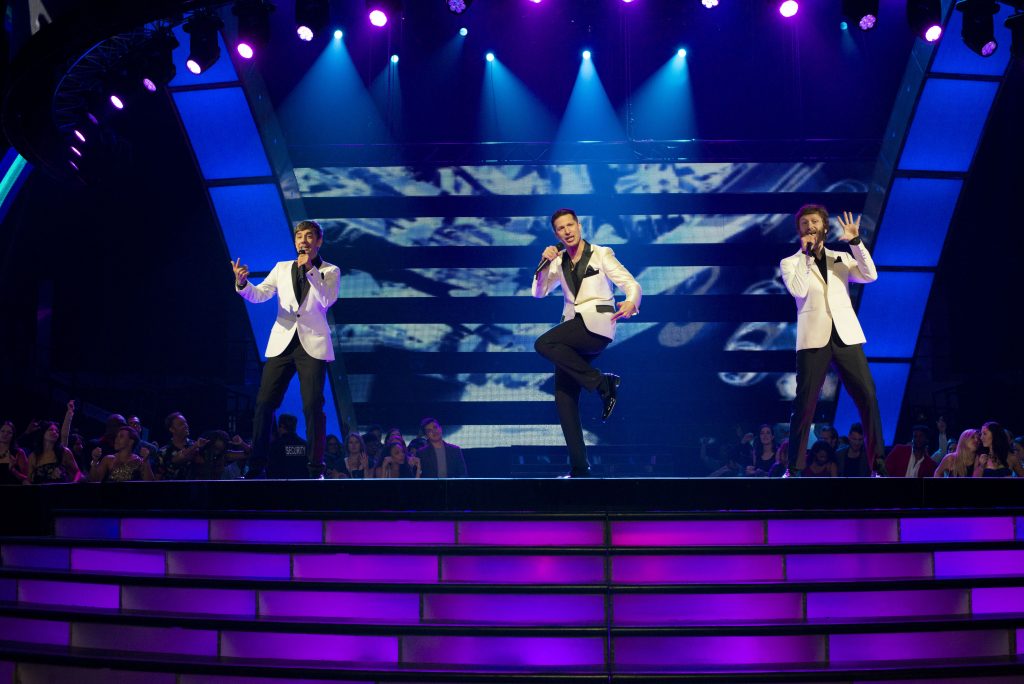 The comedy is goofy, at times gross, but things are relatively sweet. If you’re a fan of The Lonely Island gang and their comedic stylings, then you’ll enjoy the movie. Just like Neighbors 2, I can’t say it’s a great film, but you get what you’re there for and that usually includes some laughs and some munchies. Will this be a memorable film? Probably not. But a little laughter goes a long way.

Whether you see this in the theatre or wait to watch it from the comfort of your couch, it’s a good time. And I have no problems giving this 3 Justin Biebers out of 5.