Paper Towns is a film for the young folk, and thank God they have something to watch that isn’t post-apocalyptic depression.

For the last few years, all the youth have had to watch are shitty films about the future being a wasteland where they either have to fight the power or find their way through a maze. You wonder why some kids have such a dark and bleak outlook on life. Mind you, when I was a teen we had Freddie Prinze Jr. so….

Author John Green has been all the rage when it comes to young adult fiction because he actually writes stories that deal with real life and real emotions. Guess what? Young people like to read thought provoking fiction too.

Green’s 2012 novel The Fault in Our Stars was last year’s film adaptation that was a real tear-jerker, and it was refreshing to have a story that had a lot of heart that dealt with love, death and courage. 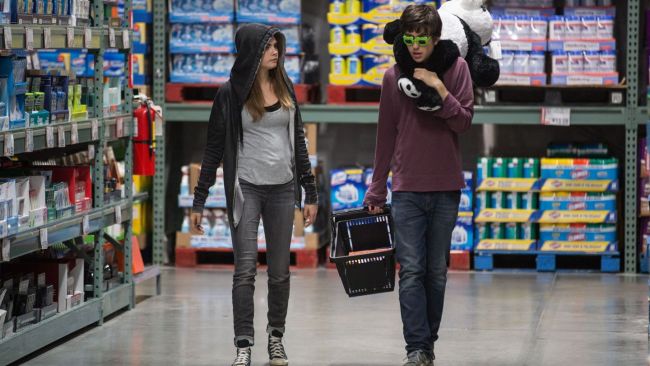 Paper Towns will not make you reach for the tissues, but it is based on Green’s 2008 novel of the same name. It stars Nat Wolff, Cara Delevingne, Halston Sage, Austin Abrams and Justice Smith.

The story centres around Quentin Jacobsen (Nat Wolff), a smart and somewhat nerdy high school student who is on the precipice of graduating with his two geeky friends Ben (Austin Abrams) and Radar (Justice Smith).

While growing up, Quentin hung out with his enigmatic neighbour Margo Roth Spiegelman (Cara Delevingne). This part of the story was sort of like an ode to Wonder Years where Quentin is Kevin and Margo is Winnie, but I digress.

One day they find a body of a man who committed suicide in their neighbourhood. While pawing at the body, Margo is affected greatly by the sight and decides to investigate. The discovery changed Margo’s outlook on life. From that point on, she falls in love with mysteries so much that she becomes one.

As the years go by, Margo and Quentin’s friendship fizzles out as they grow apart. Margo goes on to becoming the popular girl at school who stands out due to her looks and her larger-than-life personality, while Quentin sort of becomes an overachiever and just blends in, still secretly crushing on his childhood friend.

One night Margo crawls through Quentin’s window and back into his life. She needs him for a mission of vengeance so she emotionally manipulates him into her service. You see, Margo has a list of people who did her wrong and she needs her childhood friend to help her spend a night of wreaking havoc on her new foes. “We bring the rain down on our enemies,” Margo says matter-of-factly. 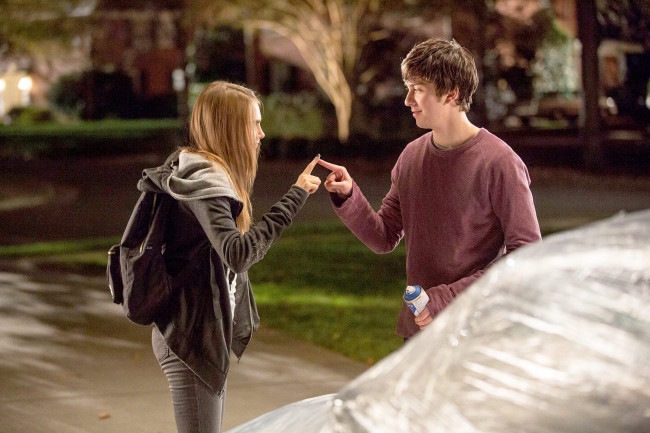 While they spend an evening together committing acts of terrorism towards a cheating boyfriend and his circle of friends, Margo tries to show Quentin aka “Q” that life should be lived to its fullest and that sometimes “you have to get lost before you find yourself.” You know, all that existentialism, carpe diem stuff man.

Of course Q has the night of his life and that old spark of love, or unhealthy infatuation, bubbles back to the surface. However, as quickly as Margo re-enters Q’s life, the next day she finds the nearest exit and suddenly disappears.

According to Margo’s parents, who should not be voted for parents of the year, it’s not the first time crazy Margo has randomly taken off, and each time she leaves clues so that people know she’s okay. If that was my daughter she would be locked in a cage, but the parents just roll their eyes, confident that she will return when “people stop talking about her.”

But Q feels the clues are meant for him and that he needs to find her, and when he does, he will profess his true love for her and they will live happily ever after. Awww.. 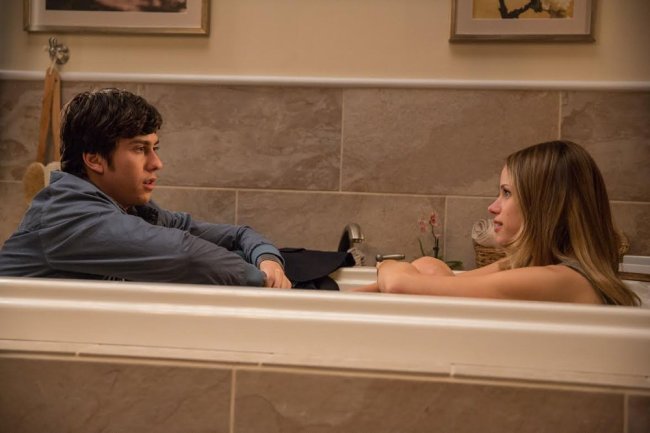 So the last half of the film has Q and his friends hopping in a minivan for a road trip to find the mysterious Margo. Included in the crew is Margo’s best friend Lacey Pemberton (Halston Sage) who wants to be known for being smart and not just beautiful – I think that’s what she said, I was too busy staring at how beautiful she was.

These friends believe Margo made her way to a “paper town,” a fake town placed on a map to prevent copyright infringement. Thank God we have Google Maps now, huh?

What these friends end up finding is a deeper understanding of themselves and that people are not as perfect as they seem. We get to observe a very quick maturation process of nearly every character in just under two hours.

In some ways this film sort of reminds me of every John Hughes movie of the 1980s. Margo plays the “Manic Pixie Dream Girl archetype”, sort of like Natalie Portman’s character in Garden State or Kate Hudson in Almost Famous.

Margo tries to show Q that life is just made up of paper people living in paper houses all located in paper towns. It’s a theme we have heard before in young adult cinema. It’s a call to youth to go and live exciting lives before you actually have to grow up, get married, have kids, a mortgage, and eventually die of a heart attack.

While watching this movie you’ll realize that it’s like viewing three films in one. There are moments where things drag, but then there are the moments where you will laugh out loud and go back to rooting for the nerds as they try and find meaning in their lives before they graduate and are shipped off to different universities. 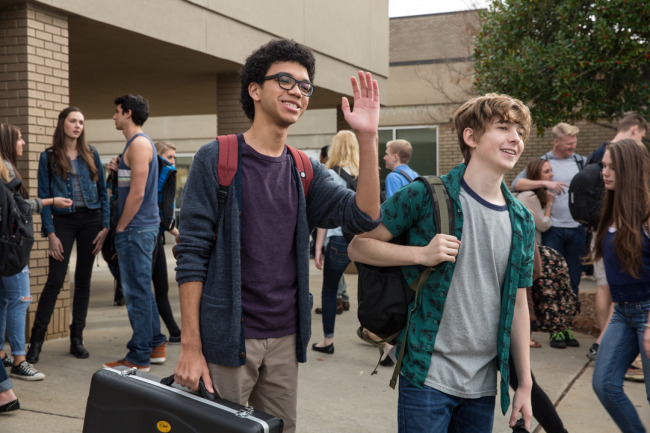 Nat Wolff did a great job as the main protagonist, but he was definitely propped up by his two sidekicks in Justice Smith and Austin Abrams, who had some fun banter throughout the film.

There wasn’t enough Cara Delevingne for my liking, who was a supermodel before she jumped into the acting realm. Cara was magnetic on screen, and the next time we will see her will be as the “Enchantress” in 2016s Suicide Squad.

This film won’t wow you, nor will it make you cry your eyes out, but fans of the book should like this adaptation. That’s what’s important here. The fans or the target demographic will dig the film.

As a reviewer who is older-ish, I can appreciate good quality young adult fiction. I’m not the target market, but thankfully there is still material out there that can provide a message to kids today. Now get off my lawn!

We’ve seen this familiar artificial plotline before, but Schrier puts his own touch on the genre that offers all kinds of heart, good laughs, and an ending that most people will appreciate.

So let’s stop with the end of the world bullshit and start getting back to youthful films with heart, hope, and humour. Young people should be excited about living their lives to the fullest. It’s what Robin Williams told us in Dead Poet’s Society.

Back in the day, some of the films we loved the most were fun and had a sense of adventure like Weird Science, License to Drive, The Breakfast Club, and Ferris Bueller’s Day Off. Youth today need more films like that.

For all of Paper Town’s predictability and overused character types, it was a refreshing story that the young dudes and dudettes will appreciate. Hey, I’m old and I enjoyed it so that has to mean something right?

I give Paper Towns a 3.5 raindrops out of 5. It’s just nice that it wasn’t superheroes or Divergent.