The Overnighters is a meandering journey through the personal costs of oil booms. Along the way, you’ll meet a variety of characters on both sides of the divide.

The oil boom is going strong in North Dakota, resulting in the lowest unemployment rate in the United States. It leads the country in economic growth, drawing men from around the nation in search of higher-paying jobs and a piece of the fracking pie. The film takes place in Williston, a close-knit, predominantly-white town that is starting to feel the pressure of the mass migration, with the lack of infrastructure and housing for the newcomers. 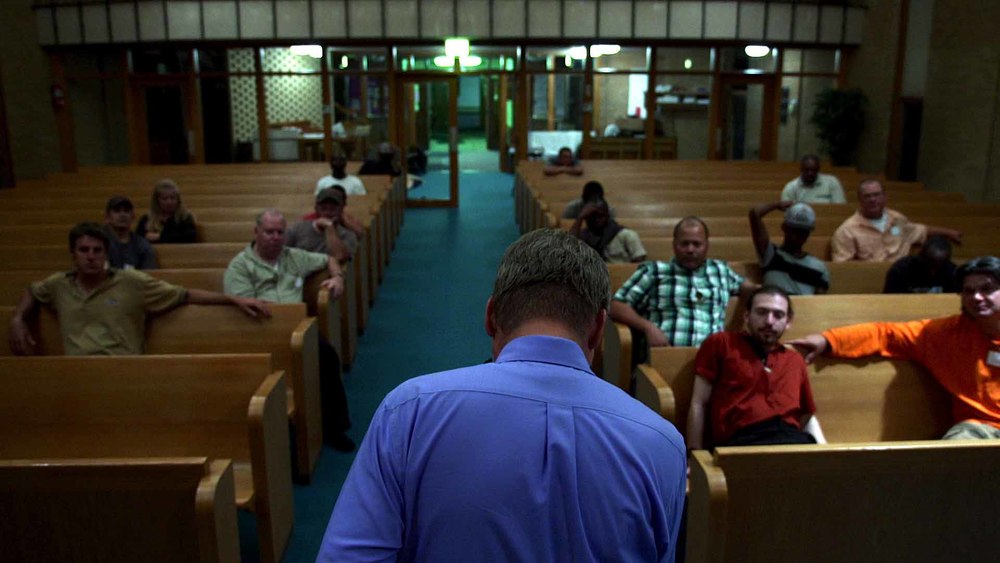 The film’s primary subject is a local pastor who has allowed over 1000 different people (mostly men) to stay within the rooms and hallways of his humble church:

Over at Concordia Lutheran Church, Pastor Jay Reinke is driven to deliver the migrants some dignity. Night after night, he converts his church into a makeshift dorm and counselling center, opening the church’s doors to allow the “Overnighters” (as he calls them) to stay for a night, a week or longer. They sleep on the floor, in the pews and in their cars in the church parking lot. Many who take shelter with Reinke are living on society’s fringes and with checkered pasts, and their presence starts affecting the dynamics of the small community. The congregants begin slinging criticism and the City Council threatens to shut the controversial Overnighters program down, forcing the pastor to make a decision which leads to profound consequences that he never imagined.

The film is slow with implied meaning without overtly passing any judgement on its subjects. The Overnighters doesn’t try to force-feed a narrative of compassion where scant handfuls exist, and some twists in the ending moments make it an exercise of ambiguity, rather than truth. No one is made out to be a saint, not even the pastor who so intimately shares details of his motives and psyche with the camera. It isn’t a simple story of big oil vs small community; Pastor Reinke embodies the film’s overall summary when he proclaims, in a moment of compassion and/or self-pity: “I’m broken. We’re broken.”

The Overnighters reveals the true cost of the resource industry on the people and communities in which it operates. Oil is an ever-present but silent character, a dominating comfort/threat that affects the decisions of everyone it touches. You can tell that much of the anger towards the Overnighters also extends to the helplessness people feel at the irrevocable changes sweeping across their once unbroken landscape. 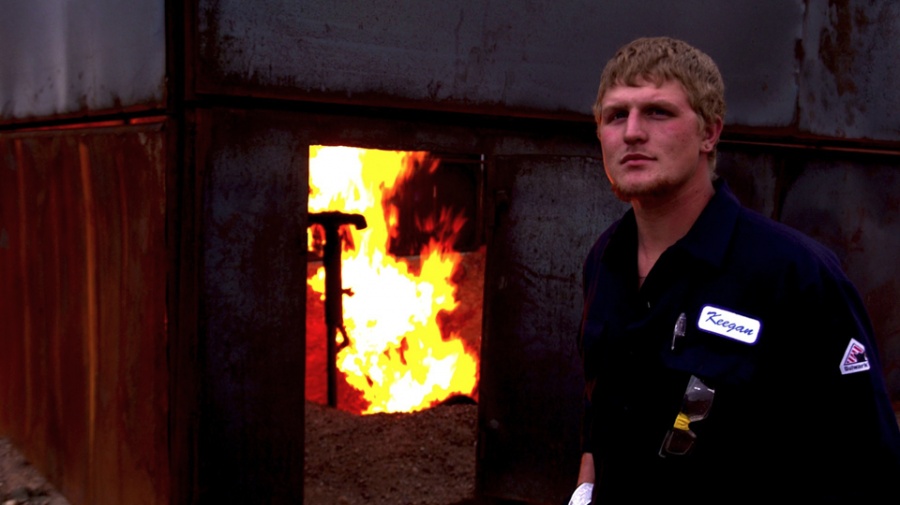 It’s telling that there are so many Overnighters come and go throughout the film in fragments, similar to the tenuous nature of their stay in Williston. The film traces their every emotion: joy at being able to find work, resentment at the lack of infrastructure and ‘un-American’ welcome, despair when the industry turns away anything but young, physically-abled bodies. It’s not until the credits that we’re reminded of their names and faces; so interchangeable, much like the nature of the oil boom itself.

It’s always hard to rate such a story, set to a slower pace, without reliable storyline and protagonist. The Overnighters is a terrible, timely tale that needs to be told, but it’s a helpless lament against the unchanging nature of oil booms. Rating: 4 out of 5.