True stories of heroism don’t get much better than the tale of the Granite Mountain Hotshots.

The elite group of firefighters battled Arizona’s worst wildfire in 2013 with tragic results. The traumatic ordeal was the subject of a GQ article entitled ‘No Exit’ and now gets the big screen treatment in Only the Brave.

The film couldn’t be timelier, given the recent devastation in Northern California and B.C.’s interior plus last year’s brutal raging inferno that swept through Fort McMurray in Alberta.

An exceptional cast – in top form here – blended with keen direction and a focus on characterization, instead of flag-waving patriotism, are woven beautifully to create a rich story of inspiration and heartache. 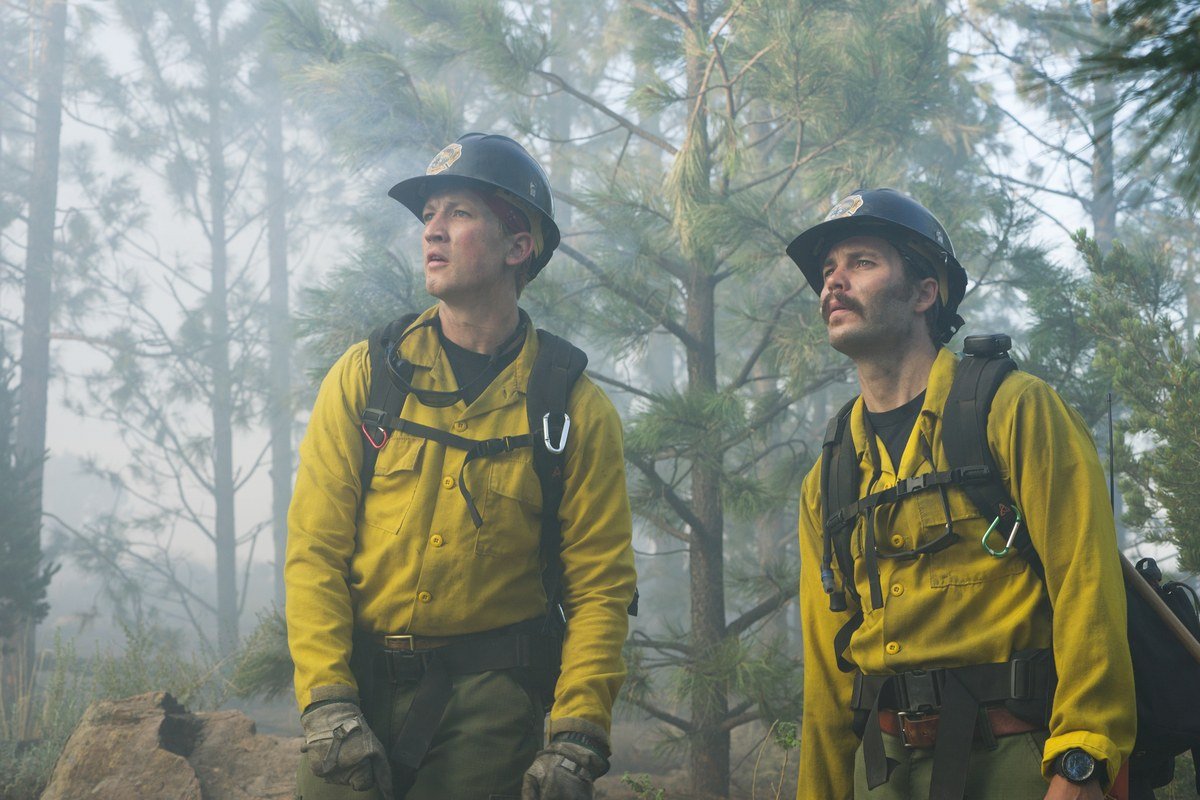 Despite the inevitable machismo feel of the movie it does contain a strong female contingent. Jennifer Connelly plays Marsh’s wife and she is an absolute standout. Her relatively small role carries tremendous weight and her chemistry with Brolin is always believable.

Andie MacDowell is commendable, albeit underused, while Vancouver actress Natalie Hall, of All My Children fame, proves quite effective as well.

The plot’s deliberate pacing makes for, pardon the pun, a bit of a slow burn. Those hoping for frequent sequences of ferocious flames might be disappointed in the lack of high-octane action.

However, the film is far more interested in building dynamic characters with depth rather than providing cheap thrills. The straightforward plot does an excellent job of evoking the personal sacrifices made by these people. 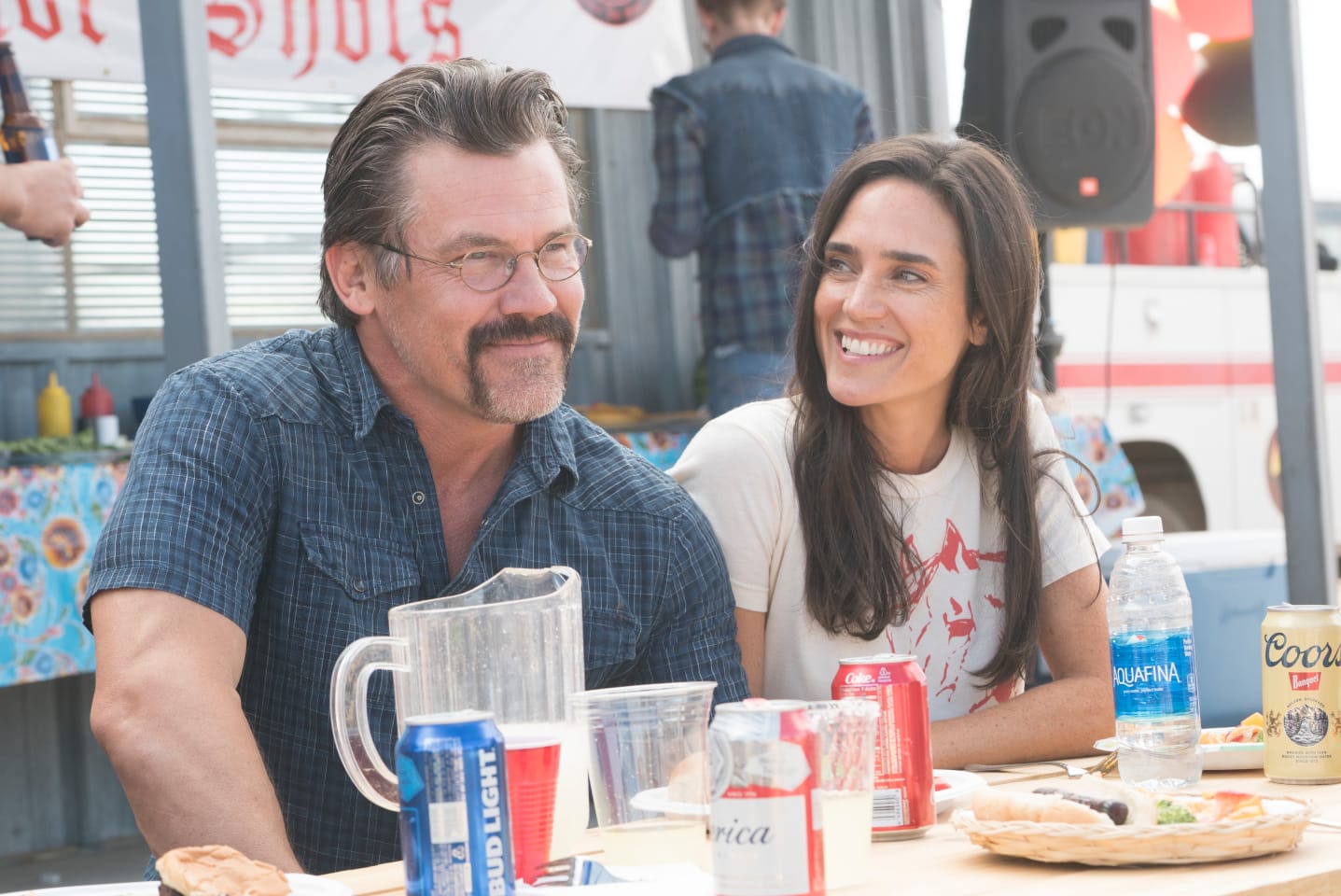 The movie was directed with distinction by Joseph Kosinski. His previous works include the under-appreciated Tron: Legacy from 2010 and Tom Cruise’s Oblivion. In fact, he’s set to direct Cruise again in the Top Gun sequel slated for 2019.

Only the Brave may not be a dazzling sci-fi adventure, like the filmmaker’s other efforts, but it is still an extremely competently-constructed picture. Since character is key, Kosinski likes to get the camera up close with the actors in order to capture their sometimes raw emotions.

The cinematography is sharply striking and the wide panoramic shots illustrate the sheer scope of the often uncontrolled flames as they sweep across the arid landscape. 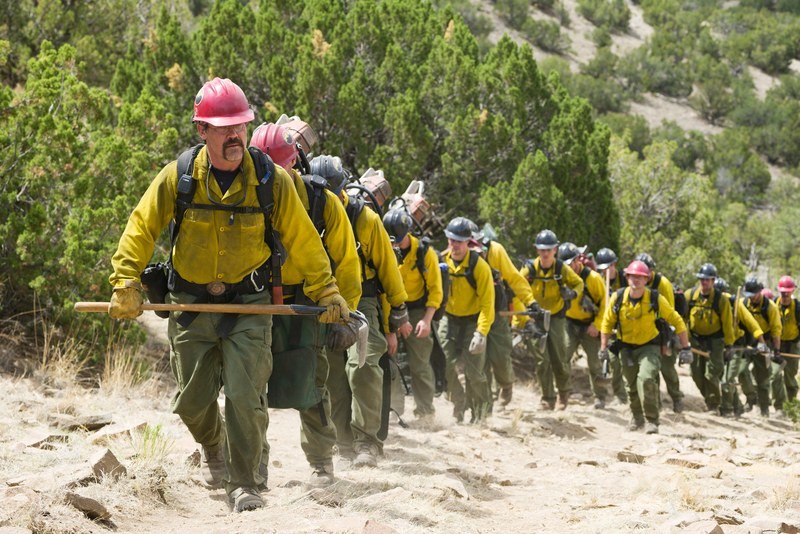 We often hear about the efforts of those tasked with battling blazes on the frontlines through dramatic news clips and then move on with our day. Only the Brave seeks to meticulously and sensitively capture what it’s actually like for these heroes on the ground; the film succeeds in this department for the most part.

The production team certainly strived for authenticity at every turn. The movie is full of painstaking details that show the rigorous training that goes into this dangerous line of work, the physical and mental challenges of putting out fires, plus all the vast technical details of the job itself.

Unfortunately, the script is one of the weaker aspects. The film’s dialogue is occasionally maudlin and lacks a sense of finesse. Another minor issue is a recurring nightmare Marsh has that is depicted with rather unconvincing visual effects. The nature of the dream helps serve the character but its heavy-handed execution comes off as awkward and ruins some tension. 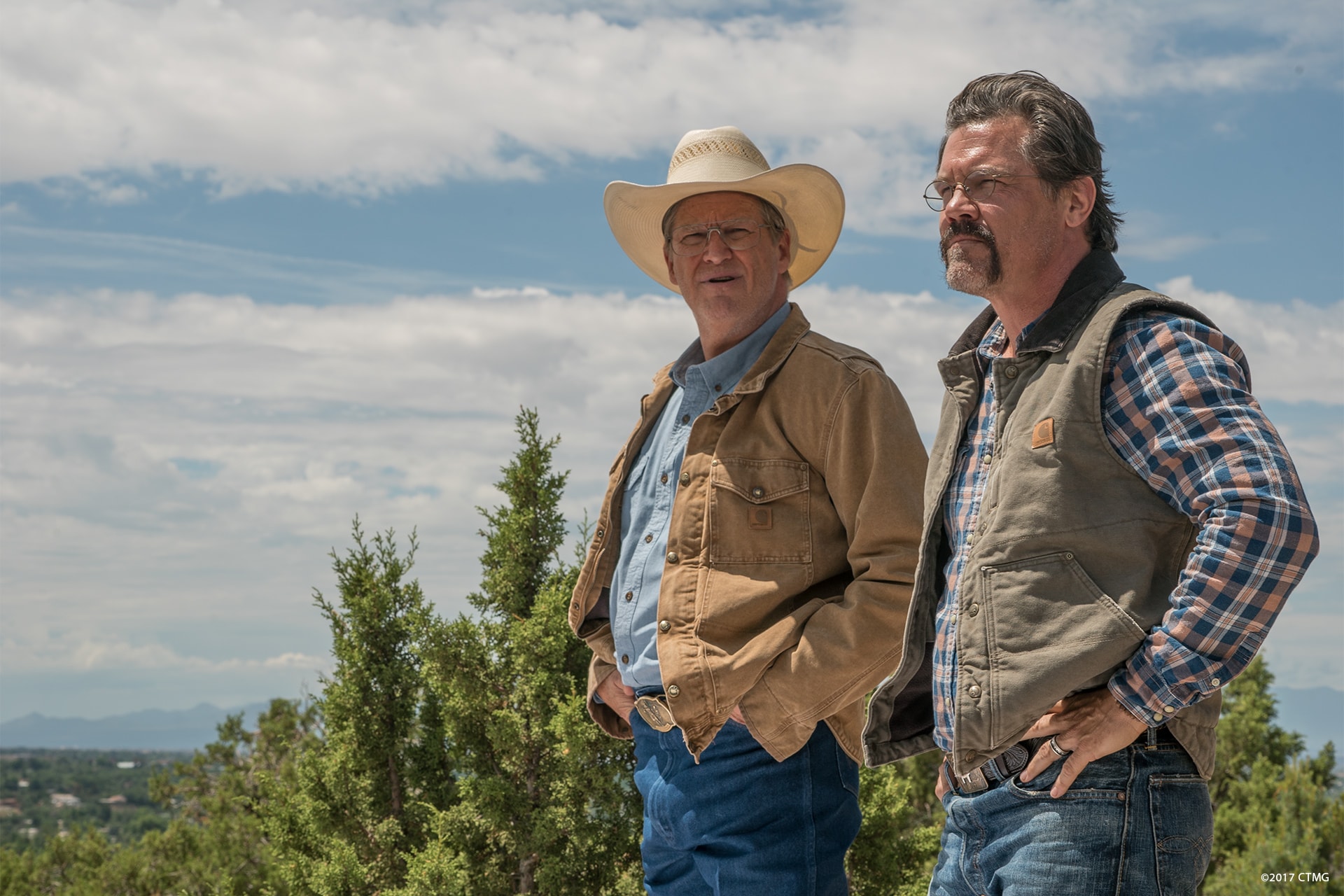 Only the Brave is an earnest and heartfelt glimpse at a harrowing series of events involving an inspiring group of brave people, made all the more poignant because it actually happened. Grab the tissues, this powerful tear-jerker earns 4 out of 5 pieces of popcorn.

Playing at a theatre near you. Rated PG and is 133 minutes long.