Pan is supposed to be a prequel and the beginning of a new film series, but obviously nobody in Neverland was consulted. I’m pretty sure after seeing this film even Tinker Bell will be pissed.

Peter Pan says that if you think happy thoughts you can fly. Happy thoughts like childhood memories of watching Disney’s 1953 animated classic Peter Pan. Some of you might even have fond feelings towards Steven Spielberg’s Hook. Whatever happy thought you may have of J.M. Barrie’s Peter Pan, use it to fly far away from this movie and straight on till morning. 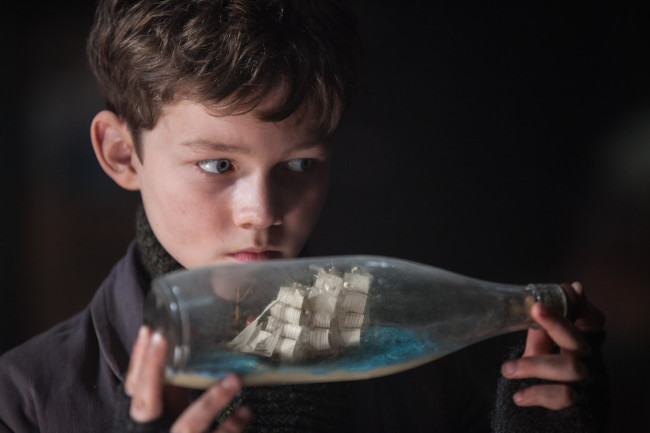 When you have a $150 million to play with, alongside a literary classic for material, the smart approach would be to go with the sound philosophy of “less is more”. Director Joe Wright probably thought this Pan origin story was a guaranteed home run and a chance to build a new awe-inspiring fantasy series. But it appears too much money was spent on CG and not enough was set aside to make sure the script worked.

Pan is pretty to look at. But how many times have we seen “purdy” films with absolutely no substance? What this film lacks is characters to care about and a story that doesn’t feel rushed. 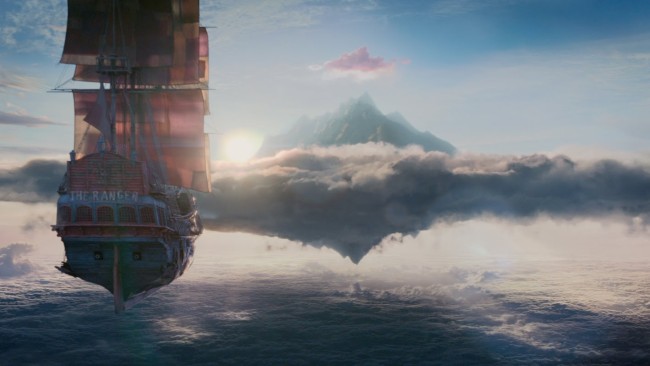 Speaking of story, the film starts in war-torn London during WW2. Peter Pan (Levi Miller) is living in an orphanage with evil nuns. One night he’s kidnapped from his bed by a pirate on a bungee cord and taken to Neverland.

There, he’s immediately placed into a child labour camp where kids spend their days mining for pixie-dust. The grand overlord is a man named Blackbeard (Hugh Jackman) who rules over his slaves with songs from Nirvana and Ramones. I’m not joking.

Peter befriends a young James Hook (Garrett Hedlund) and they become instant buddies. During Peter’s time spent mining magic dust, he does some self-discovery and finds out that he can fly. So naturally Peter grabs his new buddy Hook and they blow that Popsicle stand and set out to find links to Peter’s past and future. 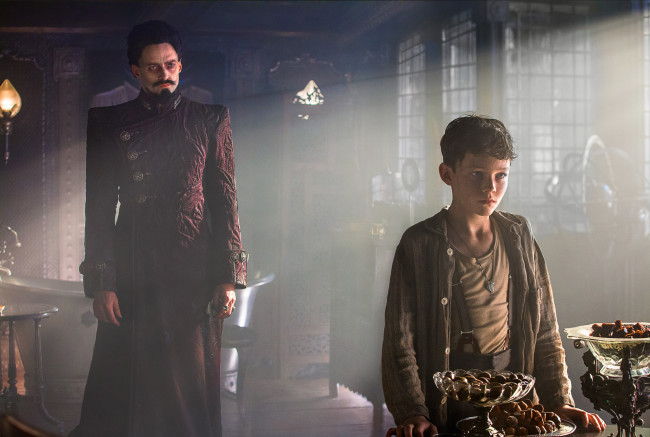 This movie had all the potential in the world. It isn’t your prototypical family-aimed blockbuster and that’s okay. The performances are deliberately over the top. Unfortunately that melodramatic acting style does’t work for most of the cast, despite solid performances from Hugh Jackman and 13-year-old Levi Miller. But Garrett Hedlund as Hook? Not so much.

The overall look and feel of the film is positive and upbeat so bringing your kids won’t be an issue. There’s also nice use of bright and vibrant colour, but the 3D won’t blow you away. I will give Pan credit: they shot the film in real 3D, but sadly it doesn’t really add much to the overall production.

The problem is that the story, characters, and action sequences never really match the energy of the film’s visuals. It’s baffling because there’s so much history in the Peter Pan universe, but this film seemed more like an amusement ride rather than something of substance. 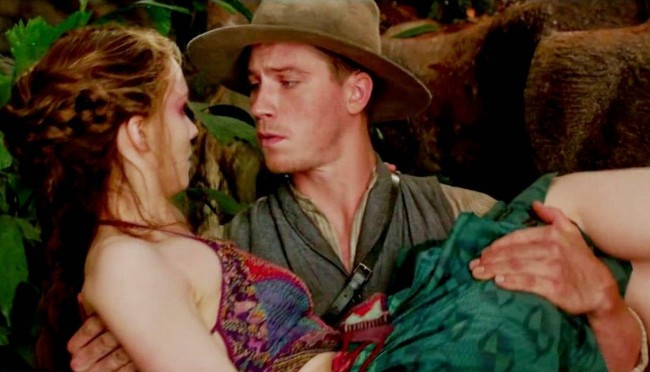 There’s enough entertainment on offer that kids will probably like it, because let’s be honest, kids will watch anything that moves fast and has bright lights. It’s nice to have that kind of youthful innocence when it comes to enjoying films, but I learned a long time ago that Peter Pan was full of crapola. We all grow up and know when a film is terrible.

I’m going to have to give Pan 2 out of 5 raindrops. Honestly don’t waste your time with this one. Pan is getting panned.

The film is rated PG and opens on October 9th.