Moana is your prototypical Disney animated film that was solely created to pickpocket moms and dads everywhere. 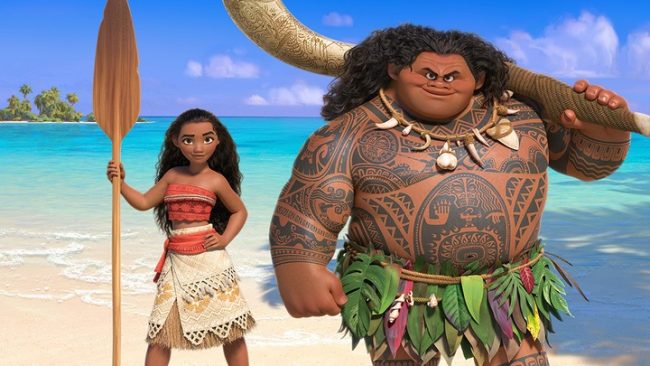 In my bubble world, there is nothing better than daddy, daughter dates at the movies, and judging by all the gold bricks that are currently being loaded into the Disney coiffeurs this year, families everywhere love movie dates with the kidlets too.

There is also the Disney lovers who don’t have kids and would have no problems belting out “Let it Go” at drunken Karaoke night. You know who you are.

But it’s Disney that continues to pump out quality content at an impressive clip, and although it’s easy to paint them as this faceless mega corporation, they have been releasing some quality flicks. 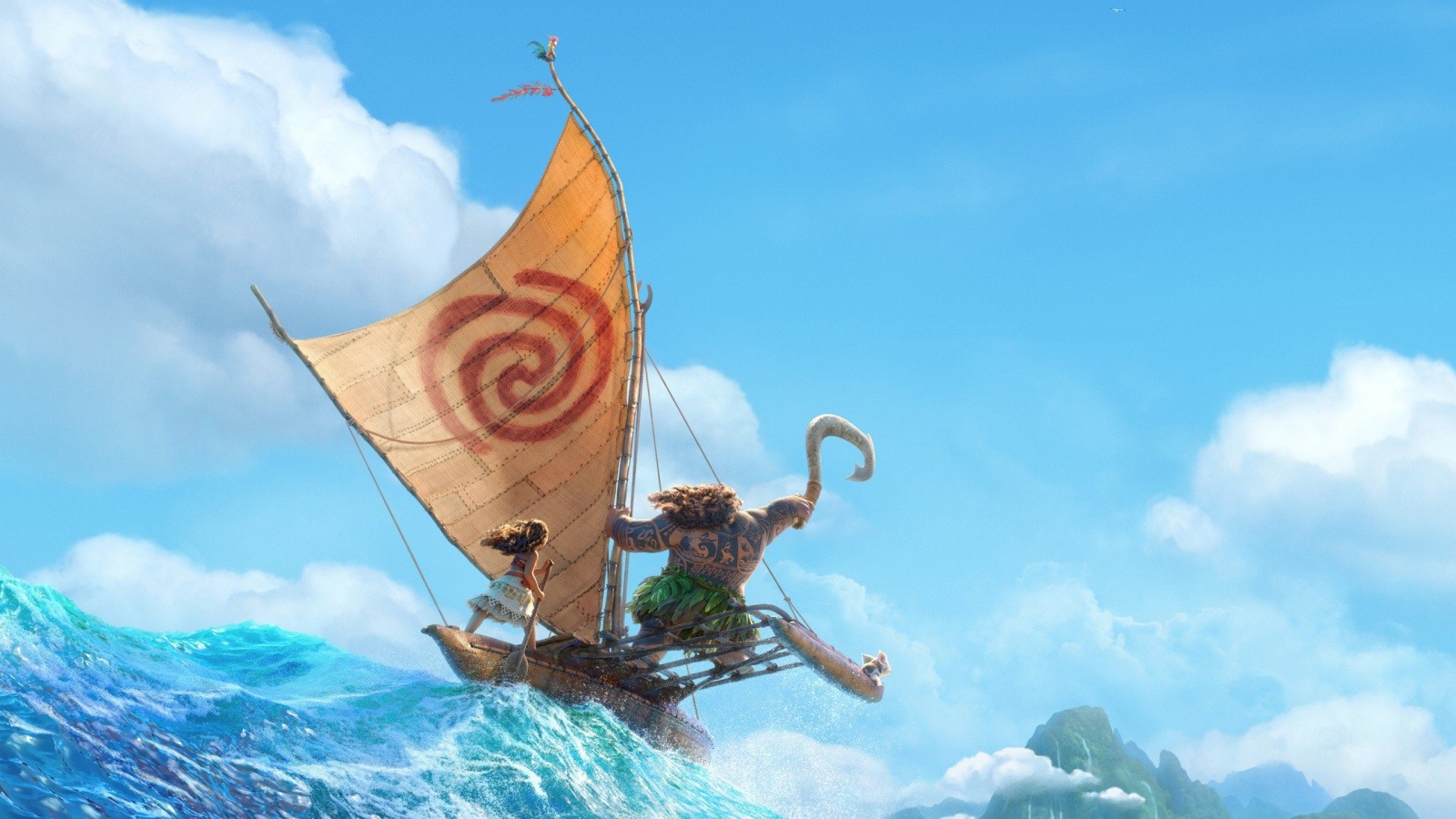 With these Disney Princess movies, you know what you’re getting. We have grown up with the same formula, which is probably why the House of Mouse brought on an all-star team of directors in Ron Clements (The Little Mermaid), Don Hall (Tarzan), John Musker (Aladdin) and Chris Williams (Big Hero 6) for this project. After all, these guys know how to suck kids into a story.

This time around the folks at Disney Pictures is doing a very Canadian thing by getting away from the snow (Frozen) and visiting the warm weather of Hawaii aka: the mystic island of Oceania in the South Pacific.

In this Polynesian folklore tale, a young and feisty teenaged princess named Moana Waialiki (voiced by newcomer Auli’i Cravalho) is tired of having to obey the chief of her tribe, which also happens to be her father, and wants to navigate the big wide ocean like her ancestors used to do. When her family needs her help, Moana sets sails across the Pacific Ocean on an epic adventure to save her people. 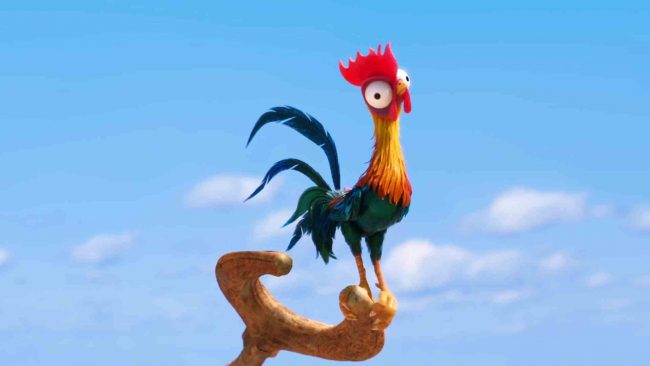 Of course like most princess flicks you need the humorous sidekick for comedy relief and we get that with a dumb chicken and an energetic, and somewhat conceited demigod named Maui (voiced by Dwayne Johnson). With those two in tow, Moana is hell bent on proving her master Wayfinder (sailing) skills and to fulfill her ancestor’s unfinished quest.

The animation is superb, the voice acting is great, although I can’t believe I’m saying this, but I found Dwayne Johnson to be a little over the top at times. Other than that it’s hard for me to be too harsh on an animated movie that empowers little girls. 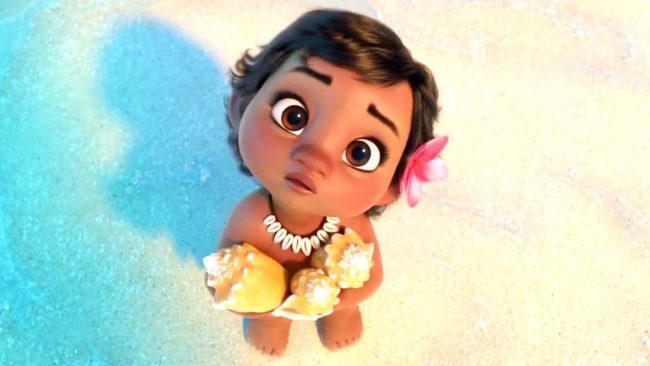 Princess Moana doesn’t need a prince; instead, she goes out into the wilderness to face the world on her own. It’s rare that we get these coming of age stories with female leads, and it’s refreshing to see where Disney is going in terms of creating strong and empowered princesses who are also not white.

But I am paid to give an honest opinion and here it is. Most likely your child will love this film and Disney knows how to manipulate that. Moana is entertaining, it has his moments of charm, but it is the billion dollar vintage Disney formula that you’ve seen many times before.

Yes, there is music, composed and arranged by Lin-Manuel Miranda who is behind the Broadway hit Hamilton. But I didn’t leave the movie theatre going, “oh that soundtrack is going to be yuge!” There really isn’t a song that stands out for me that I see becoming a massive hit other than a memorable tune by a shiny crab. But I don’t foresee a song on that soundtrack that is going to drive us crazy either. So that’s a good thing. 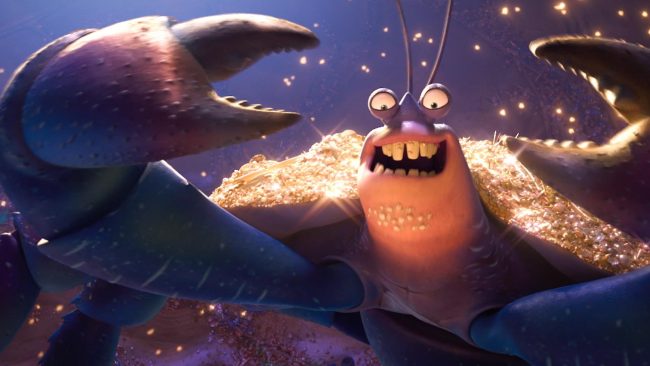 Moana hits all the right notes in that it’s the perfect film for an evening out with family or good friends. In this day and age the story really resonates, and come on, we could all use a little Disney campiness for escapism from time-to-time.

I just have a hard time saying this is better than other animated films this year like Zootopia or Kubo and the Two Strings (which FYI is now on Video on Demand and DVD and you should totally check it out). But maybe Disney has been knocking it out of the park for so long that we start to take it for granted. Maybe there is too much of a good thing?

Moana walks that line between Polynesian mythology and Toys-R-Us merchandising. It will fall right in the wheelhouse of those Disney princess loving kids who don’t care about story structure and familiar Disney tropes. They could care less what critics like me think.

For me, I don’t think it’s Disney’s best-animated film and it’s not their worst. It falls in the middle of entertaining but average. “Disney average” means pretty great, though, so go and see this for what it is and let your child and inner child soak in all the manufactured magic. Hail Hydra!

Giving Moana 3.5 pieces of regular movie theatre popcorn out of 5. No butter, but tasty enough.

Moana is at a theatre near you, Rated PG, 103 minutes