Ethan Hunt is back and up to his old face-swapping tricks in the most recent installment in the long-running (literally) action franchise. Mission: Impossible – Fallout picks up where Rogue Nation left off, with a thrilling, action-packed spy film that will leave audiences wondering how Tom Cruise continues to up the ante with each new sequel.

M:I – Fallout opens with Ethan Hunt and his IMF team (Simon Pegg and Ving Rhames) attempting to make a trade for plutonium with a group of arms dealers. When the trade goes awry, the team joins forces with CIA assassin August Walker (Henry Cavill) in an attempt to bring down a new group of terrorists known as the Apostles. 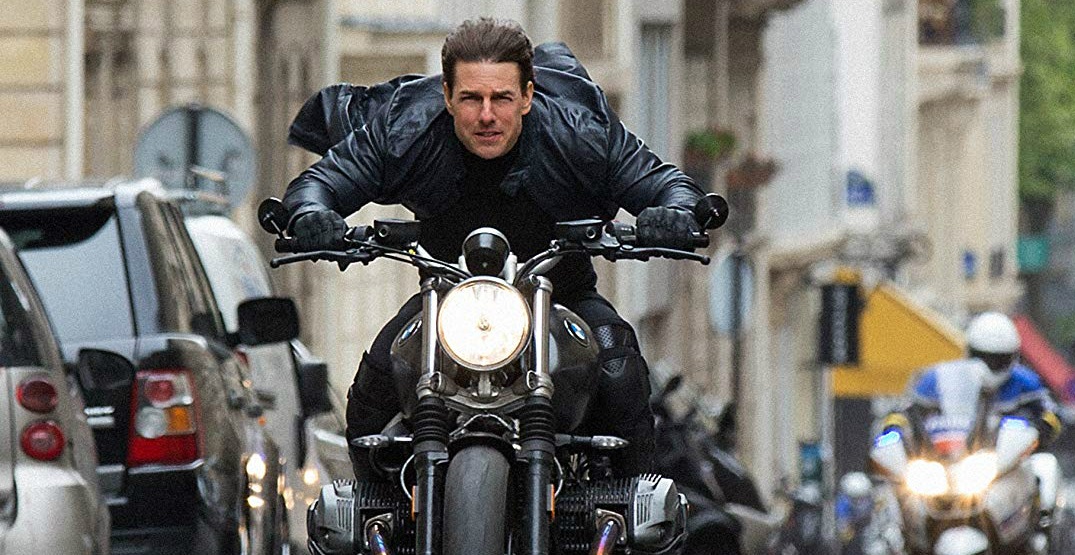 On paper, a pretty standard Mission: Impossible plot. However, writer/director Christopher McQuarrie has a wonderful way of balancing action with story. He manages to avoid the over-explaining and convoluted scenes that plague so many spy films.

Never once was I confused about who each character was, or what they were trying to do. The action scenes feel real and never rely on heavy CGI to work. The audience can almost feel every bone-crunching punch and fall Ethan Hunt suffers through. There is a brutal honesty to the action that adds another level to the film.

Few film franchises have been as consistently good as Mission: Impossible. What started out as a television series from the 1960s has grown into one of the most profitable franchises in Hollywood. 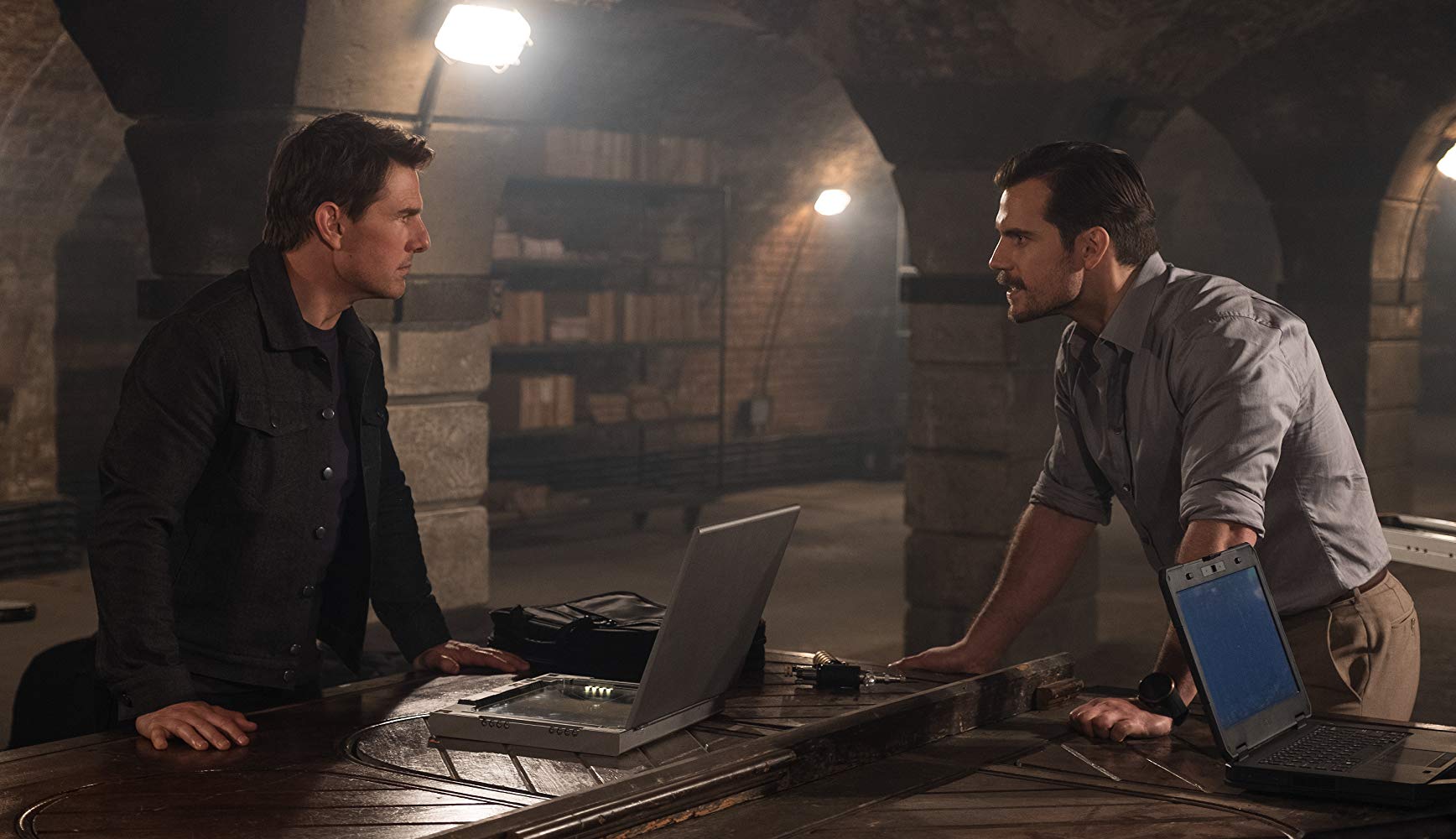 That legacy of success continues with M:I – Fallout, and it’s all because of Tom Cruise, who is nothing less than a captivating presence every second he’s onscreen. After six films, it feels hard to create new set pieces that are as iconic as the face masks, cliff climbing, or skyscraper heists from previous entries.

Fallout manages to create new action scenes that build off that strong legacy and create even more iconic scenes, including one intense stunt that halted production and landed Tom Cruise in the emergency room with a shattered ankle. The man is nothing if not dedicated to his craft. 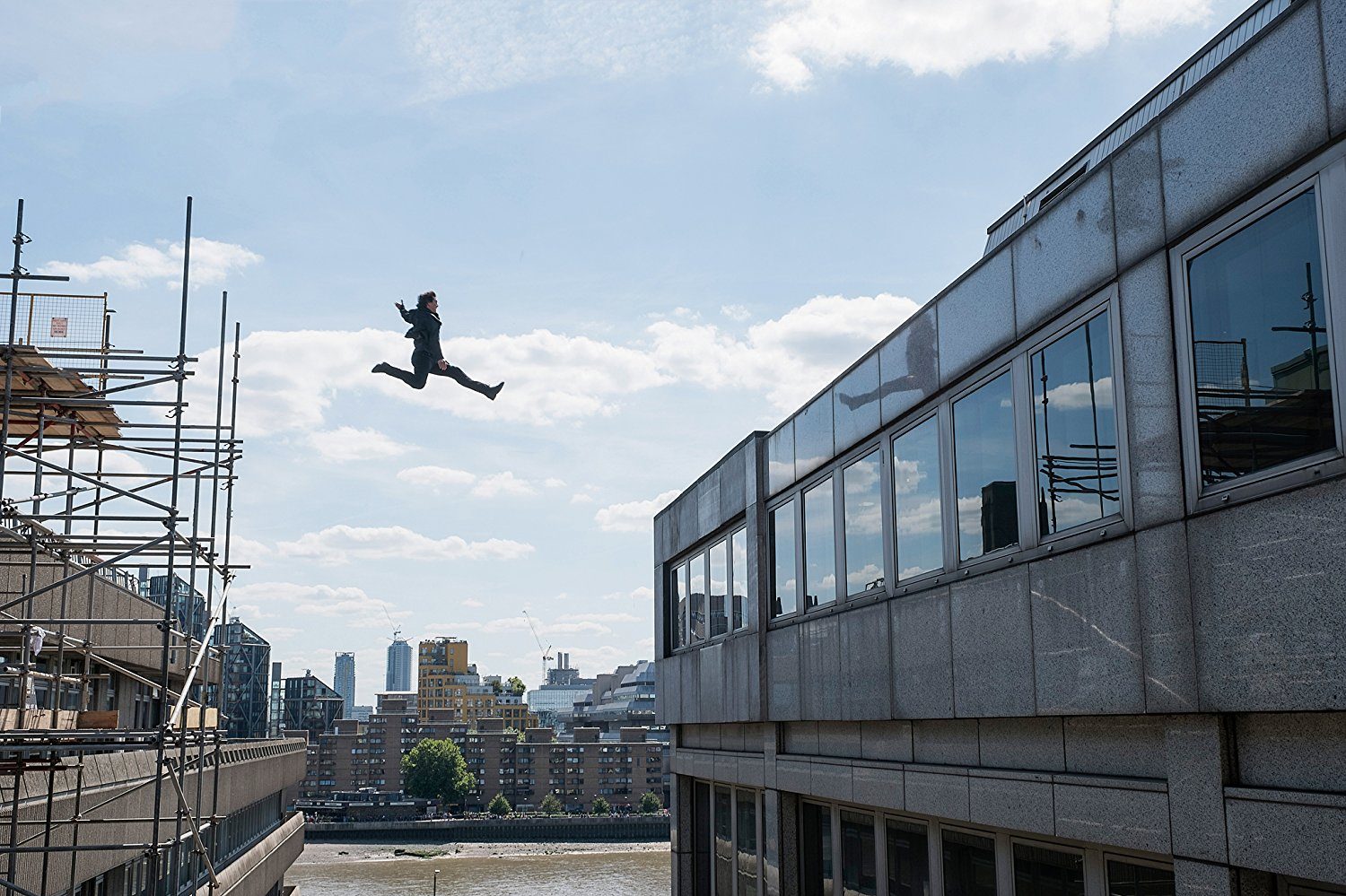 Tom Cruise might not be the action hero we asked for, but he’s the hero we’ve grown to love. Knowing he does all his own stunts and is willing to go above and beyond almost every other onscreen hero earns him a spot reserved for the Hollywood royalty we consistently go out to the movies for.

Which, by the way, is where you should watch this film: On the big screen. You won’t regret it.

Opening this weekend in theatres everywhere. Rated PG-13 (for violence and intense sequences of action, and for brief strong language). 147-minutes long.