Why are so many people fighting to be the next President of the United States? If movies like Air Force One, the upcoming The Purge: Election Year, and the new London Has Fallen have taught me anything, it’s that being the leader of the free world is a dangerous job.

Gerard Butler returns as Secret Service superstar Mike Banning in this sequel to 2013’s surprisingly successful Olympus Has Fallen. The action film begins appropriately enough, with a drone strike blowing up a wedding in Pakistan and the British Prime Minister mysteriously passing away in London. The funeral is a must-attend event for world leaders like U.S. President Benjamin Asher (Aaron Eckhart), so Banning heads to London while promising his wife Leah (Radha Mitchell) that he will be back as soon as possible. 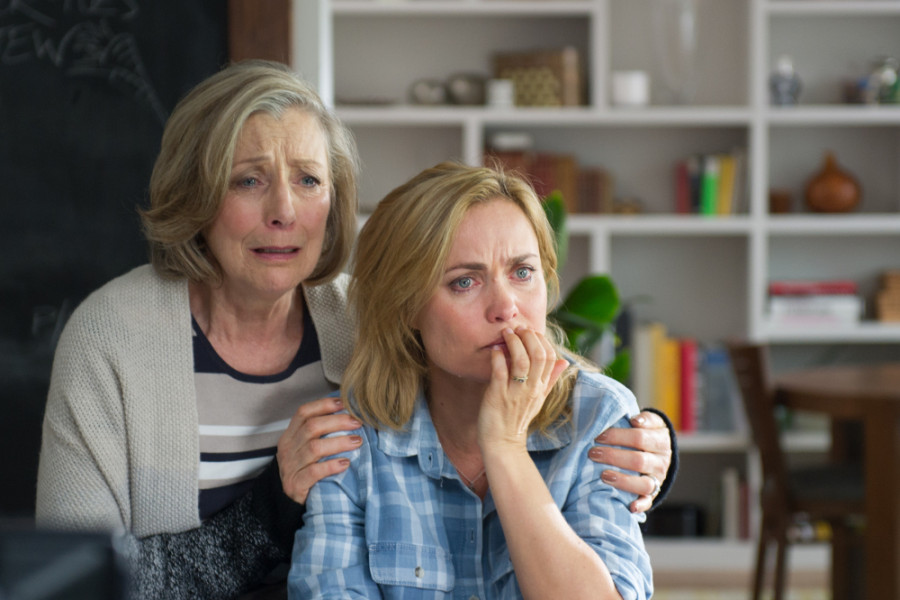 Oh, did we mention that the wife is due to give birth in less than two weeks? What could go wrong?

True to genre, everything goes to hell in a hurry. A terrorist attack takes down the most protected event on earth, with heads of government blown up, London landmarks blown up, and anything that’s not blown up riddled with bullets.

We learn before our heroes do that arms dealer Aamir Barkawi (Alon Moni Aboutboul) is the man behind the destruction. He wants revenge for the death of his daughter at the wedding two years prior – “Vengeance must be profound and absolute.” – and only Banning can stop him.

London Has Fallen is a paint-by-numbers action film. Pregnant wife watching the news helplessly at home? Check. Black female supporting character dying in a helicopter crash that the two Caucasian male leads walk away from? Check. Stereotypical terrorists from the Middle East giving the film a faint xenophobic feel? Check. 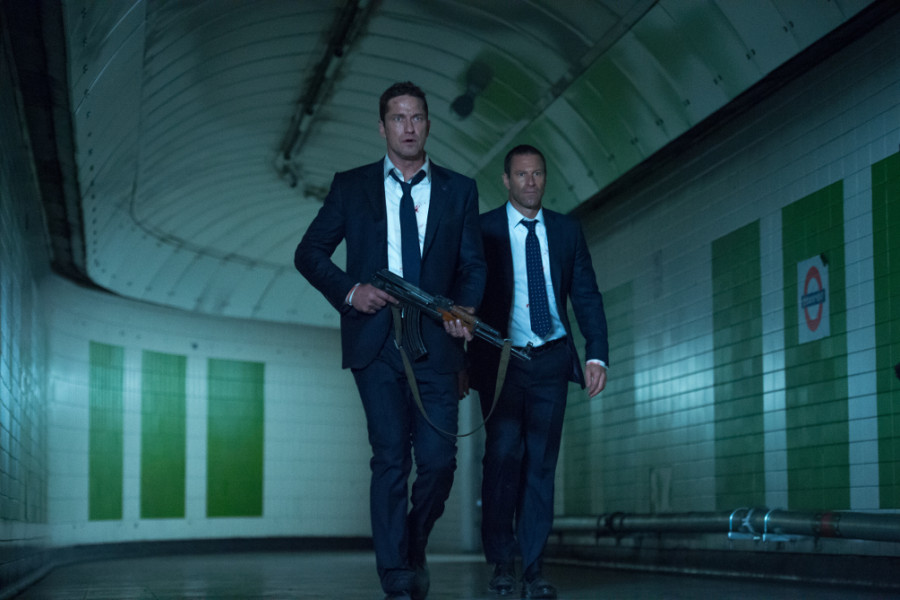 Butler oozes intensity every time he’s on screen, even when he’s simply drinking a bottle of water. Eckhart is charming as Asher, and any film that has Morgan Freeman in it (this time as Vice President Allan Trumbull) is usually a win. Unfortunately we never truly feel that any character is in danger because the plot is too formulaic. All we can do is just sit back, grab the popcorn, and wait for the moment we get to salute the American flag.

London Has Fallen is in theatres March 4, and I rate it 2 out of 5 raindrops.