Kung Fu Panda 3 continues the story of Po, the charming and bumbling panda who also kicks ass and eats dumplings.

You can’t say there have been a lot of great trilogies over the last few years; at least not in the family film genre.

It’s not an easy task to put together a trilogy of films that not only have to stand on their own merit, but also have to live up to the hype of the previous instalments.

Director Jennifer Yuh and Alessandro Carloni have masterfully, almost kung fu like, put together a third panda adventure that not only stands on it’s own paws, but will put you in the Wuxi Finger hold of enjoyment. “Skadoosh.” 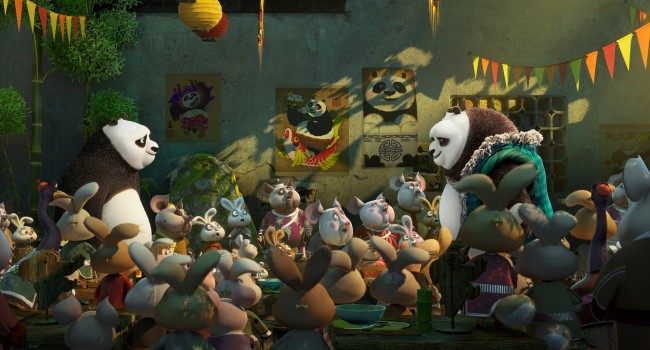 In Kung Fu Panda 1 Po learns how to become a hero and in 2 he learns to improve on his skills, and in 3 it’s time for Po to become a teacher.

Po (Jack Black) is told by Master Shifu (Dustin Hoffman) that it’s time for him to start teaching kung fu. Of course Po is terrible at teaching anything, but as he tries to find his true self, his long-lost panda father suddenly appears. The two are reacquainted and become instant buddies, much to Po’s adopted father Mr. Ping’s dismay. 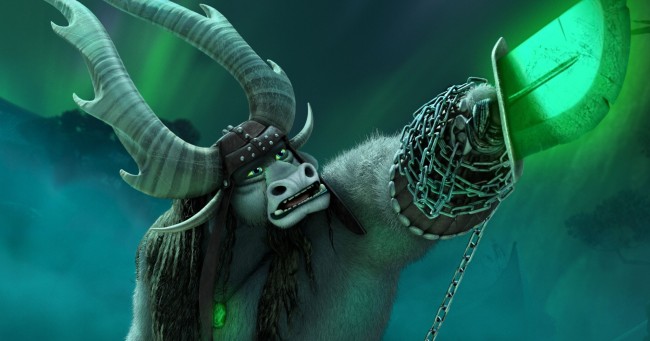 Family drama aside, the spirit realm also starts causing a ruckus. Kai, an evil supernatural bull played by the great J.K. Simmons, has defeated Master Oogway (Randall Duk Kim), stolen his chi, turned him into jade, and added him to the other thousands of defeated kung fu master jade amulets.

These amulets are released as jade zombies and are ordered to find the Dragon Master Po and his kung fu fighting friends.

While Kai sweeps across China, Po and his two dads go on a journey to the secret panda paradise to find many other goofy and fun-loving pandas. There, Po is introduced to a part of himself that he never realized. However, with the threat of Kai looming, Po has to do the impossible and learn to train a village of lazy, bumbling, pandas, and turn them into kung fu warriors. 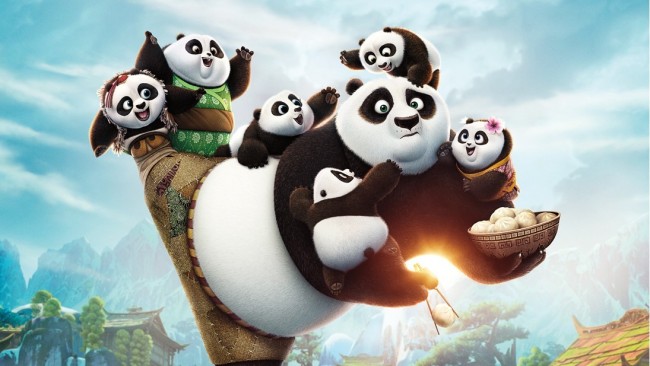 The film has a great message of “being the best you can be” and the importance of family, but it doesn’t get preachy. Instead it’s a subtle message that’s woven nicely into the fabric of a fun adventure story.

The animation is stunning and it’s definitely the most stylized Kung Fu Panda we’ve seen. The overall design of the characters and the environment is gorgeous and there are some nice uses of 2D and 3D animation.

The directors and artists do a great job with color usage throughout the film. For instance, in the hidden panda village, vibrant, swirling shades of green, blue and red are used which gives a very calm and Zen like feel to it.

The film score is excellent but that’s what you can expect from a master like Hans Zimmer who did the previous Kung Fu Panda films.

The overall story flows extremely well and doesn’t get to hung up on plodding character development that a lot of kids can’t sit through. The film is 90 minutes and it blows by fast. For all of the great action sequences, there is a lot humor and heart that balances everything out like ying and yang.

With the film’s focus shifting to the panda village in the mountains, there is little for the Furious Five to do, in fact they go AWOL for a big chunk of the story. Although the film has an all star cast of voices, they are far too underutilized for my liking. The banter between Seth Rogen and David Cross is fun, and makes you wonder what a live action comedy would be like with those two.

We are introduced to a funny, overconfident, ribbon-dancing panda named Mei Mei (Kate Hudson) who also provides some great comic relief. J.K. Simmons is also solid as Kai, and not only brings a humor element to the part, but has no problems switching between being scary and comical. Of course Jack Black continues to be awesome as Po and it should go down as one of his most iconic characters. 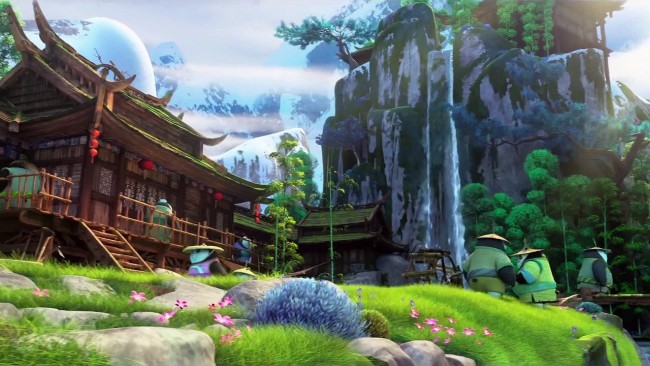 Cinema Factoid: Director ‘Jennifer Yuh’ made the bull Kai a supernatural entity to make him a distinct villain: “Tai Lung was a brawler, and Shen was smarter, so where can you go? You have to go bigger, go supernatural.” Appropriately, the title “Kai” means “god” in Japanese. – IMDB

One of the best films in an animated trilogy has to be Toy Story 3, and although Kung Fu Panda 3 doesn’t pack the same emotional punch, it could be a fitting end to a fantastic series. That said, the film is done so well that maybe the prospect of a fourth installment wouldn’t be too terrible.

If you enjoyed the first two Kung Fu Panda films, you will not be disappointed with the franchise’s latest outing. There is a lot here for kids to love and a little something for their chaperoning care takers.

In a month like January, where films go to die, Kung Fu Panda 3 shines as one of the best animated films of 2016 so far. That’s why it’s getting a solid 3.5 raindrops out of 5. Well worth checking out.

Kung Fu Panda 3 is rated G and can be seen at a theatre near you.