Just when you think there haven’t been enough King Kong films made, we get Kong: Skull Island.

Actually, Warner Brothers are hard at work creating a Monster-verse similar to their DC Universe but far, far better. In 2014 they gave us Godzilla which wasn’t that bad, and now we get the heartwarming story of a large dirty ape that lives on a mysterious island. 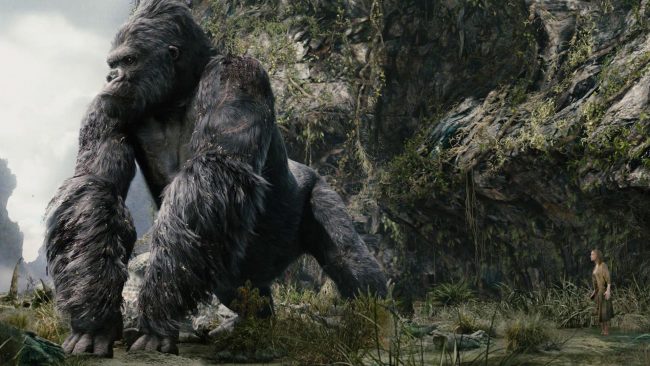 The movie is directed by Jordan Vogt-Roberts who was a relative unknown unless you saw his small indie film The Kings of Summer. I’m pretty sure most of you didn’t. But that 2013 flick got solid reviews so the studio decided to give him a $100-million to make a creature feature.

Kong: Skull Island has a plethora of A-list actors but the real star of this film is the CGI gorilla played beautifully through motion capture by mo-cap guru Terry Notary. I don’t think mo-cap actors get enough love in this day and age and there is my little shout out.

It’s pretty easy to tell you what this story is about. It’s King Kong. He eats people and destroys things. Like Godzilla. It’s pretty self-explanatory is it not? 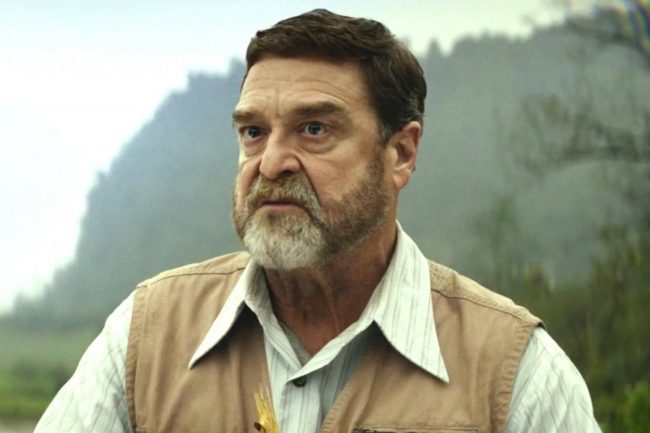 In 1973, near the end of the Vietnam War, John Goodman the scientist wants to explore Skull Island and so he asks the Government if he can put a team together. That team would consist of a cardboard cut out of Tom Hiddleston, Samuel L. Jackson as Samuel L. Jackson, Academy Award winner Brie Larson collecting a pay cheque, and a bunch of other actors who are just there as Gorilla fodder.

Their mission? To jump on a helicopter and fly to a “mysterious island” for exploration purposes. I’m just curious how a large skull shaped island wasn’t on anybody’s radar before? What they end up finding on this island is Kong, the biggest King Kong we have ever seen on screen. He’s actually ridiculously big to the point where you have to ask: how did he go unnoticed for so long?

I know, stop with your logic Trevor. 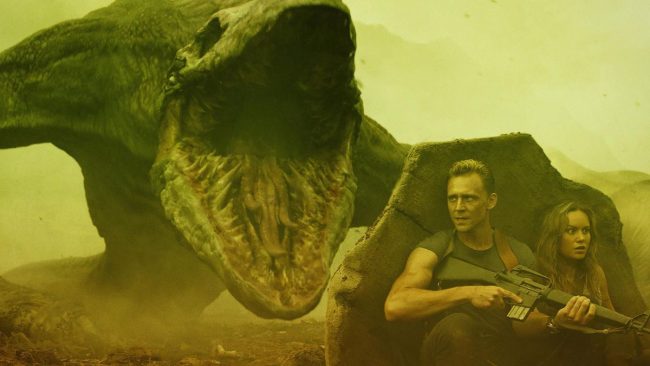 Kong immediately swats the helicopters like mosquitoes and while not everyone survived, our A-list heroes conveniently crash into the jungle without a scratch on them. So instead, their death will be long and painful one, probably akin to what I felt when I watched this movie.

The main characters are scattered and have to find a way to survive on an island that is full of weird creatures including giant lizards, huge spiders, gargantuan water buffalo and a crazy John C. Reilly who outside of the CGI monkey, is the most interesting character in the film. 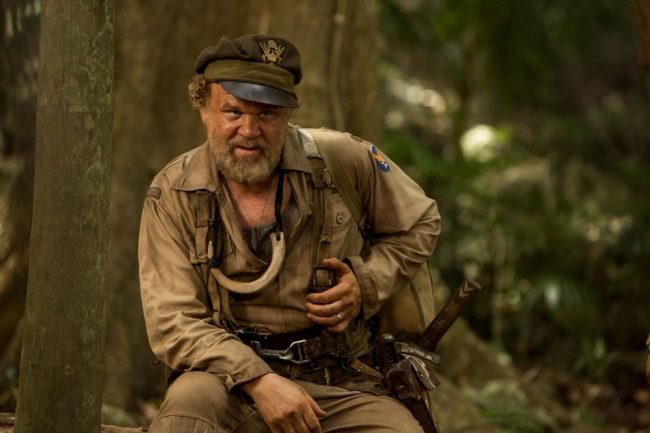 But it’s Kong who is the true star of this movie and it appears that he also wrote the script because the choppy dialogue and cheesy throwaway lines were clearly written by some sort of monkey.

Besides the B movie-esque writing and tone, one thing that director Vogt-Roberts wanted to bring to the film was an Apocalypse Now feel; complete with the red setting sun, the big jungle, and the cliché 70s rock music sprinkled throughout. It’s not a ‘Nam flick until you have Bad Moon Rising, Paint it Black, and Fortunate Son blasting away while flying over the jungle.

This film is all about the pretty lights, the visuals, and the grand spectacle. Kudos does have to go visual effects supervisors Stephen Rosenbaum and Jeff White who do amazing work with effects that really pop on an IMAX screen. Honestly, this movie has some visual style that I did appreciate. 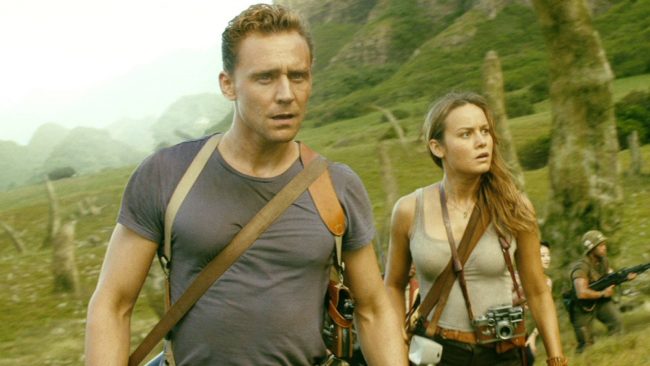 As I write this I hear the little voices in my head say, who goes to a monster film for deep human drama? Which is true, but there should have been some sprinkling of character development throughout the film so that I would actually care about Lt. Col. Packard’s (Samuel L. Jackson) revenge story, or maybe mercenary James Conrad (Tom Hiddleston) and photographer Mason Weaver’s (Brie Larson) mission to protect the giant gorilla from harm.

You can’t just put pretty fluff on screen and throw in a bunch of A-list actors that do nothing and pretend that it’s going to turn out okay. At least Star Wars or the Avengers try to give you some semblance of character development; but Kong: Skull Island doesn’t even try.

I don’t want to poo, poo on the cinematic fun. I am fully aware that this is pure escapism and shouldn’t be taken seriously. If you have read my reviews in the past, I am aware of my own hypocrisy right now. I just see the potential in this movie and wish they would have put the same amount of time as they did with the CGI and put it into the human element. Is that too much to ask? The film becomes just spectacle instead of a real story. 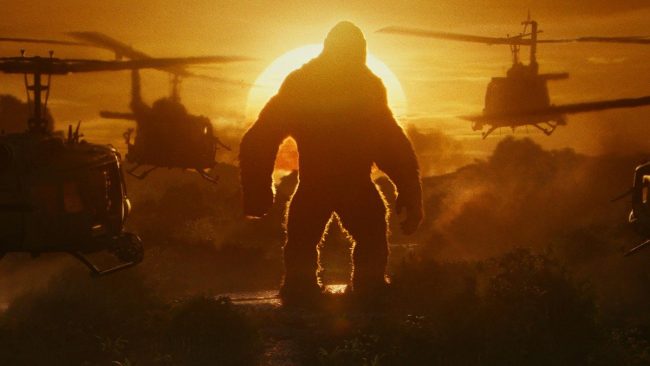 That’s not to say it’s a terrible film. It’s purdy to look at. If you want to see it, go and check it on an IMAX screen and not on your laptop a few months later. Like most of these monster films, Kong will not stand the test of time and somewhere down the line there will be another remake.

I give this film a Kong size 3 pieces of popcorn out of 5.

It’s playing at IMAX and a theatre near you. It’s rated PG-13 and 118 minutes