The name Terrence Malick either means something to you, or it doesn’t. Not sure who he is? It’s best to turn away now, because the man’s a bit of an acquired taste.

If you’re more familiar with the auteur’s impeccable body of work, which includes The Thin Red Line and Days of Heaven, then you’re already at an advantage to at least understanding the poetic voice and free-flowing structure of the master filmmaker’s latest opus, Knight of Cups. It’s an art film through-and-through so those looking for another crowd pleaser from A-list star Christian Bale should be warned: this is about as far away from Batman as you can get. 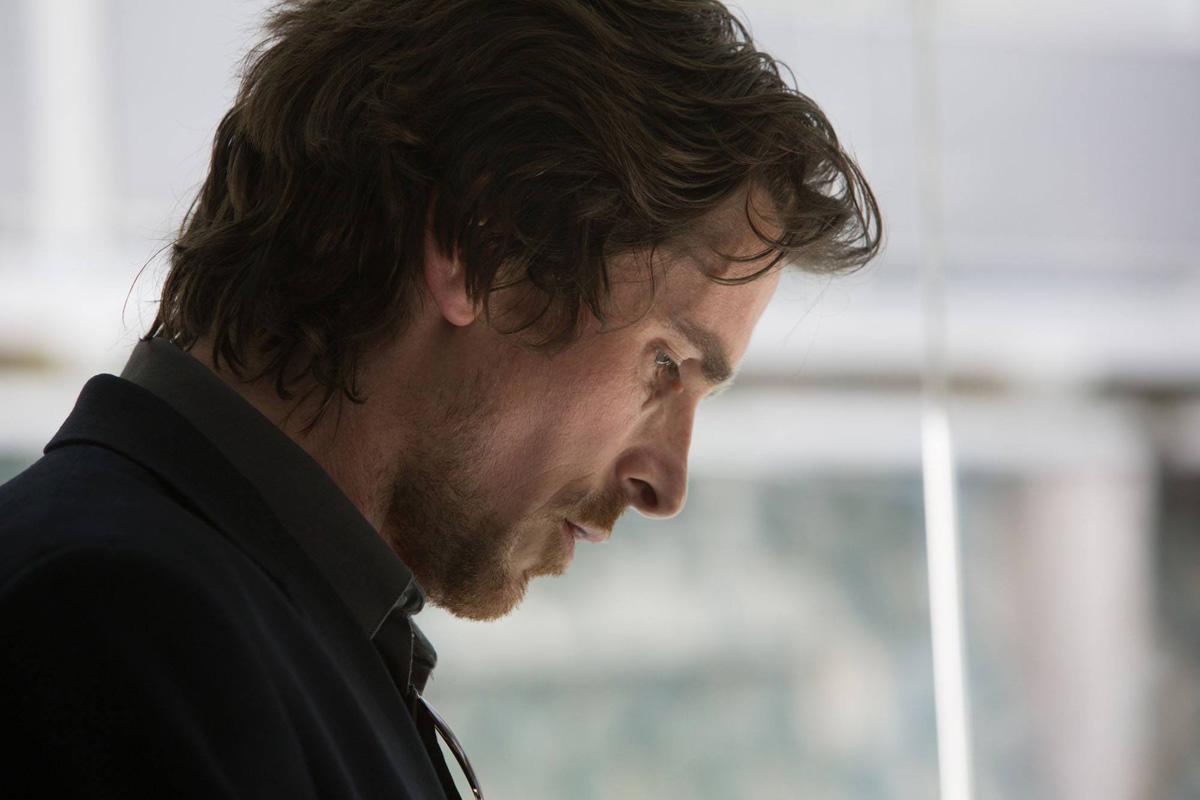 Knight of Cups is not an easy film to describe. It is also tough to predict if many general audiences will like this movie. This is a case where you perhaps don’t even have a choice in regards to how you eventually feel about it. Trying to understand the film is futile in a sense because the film either gets you or it doesn’t, not the other way around.

There is no plot in Knight of Cups. There is also very little direct dialogue. Hushed voice overs let us both into Rick’s mind and the minds of his lovers and family. It’s introspective and emotional. Themes of sex, love, fathers and sons, grief, and the creative process are like waves that Malick’s visuals are merely surfing toward a drifting horizon. 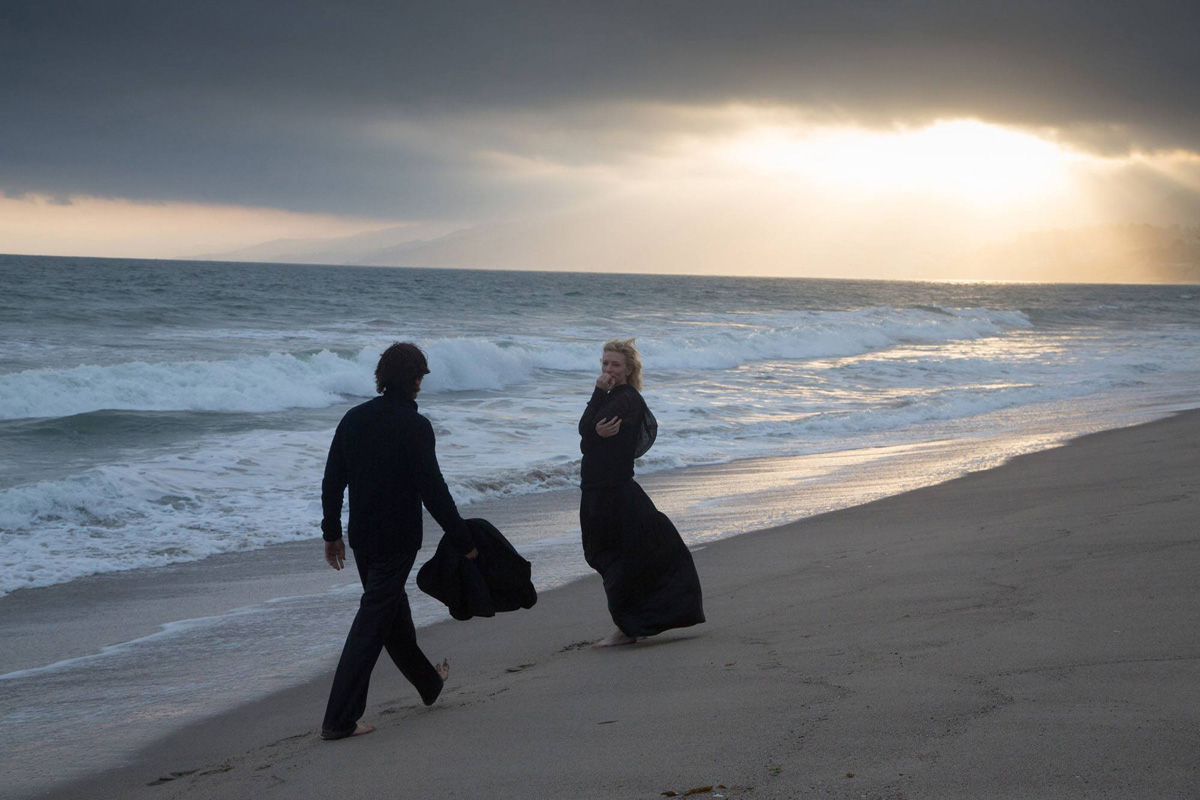 Our protagonist on this wandering journey is Rick (Bale). Rick’s a Hollywood power writer with access to money, sex, and all the distractions he could ever dream of imbibing in. But it’s not enough. Flings with Nancy (Cate Blanchett) and Elizabeth (Natalie Portman) have their own respective peaks and valleys of euphoria and despair. Past issues with his father (Brian Dennehy) rise to the surface thanks to encounters with his brother (Wes Bentley). Rick’s a romantic conquistador worn weary by the Los Angeles dreamscape (nightmarescape?) that he can’t get away from. 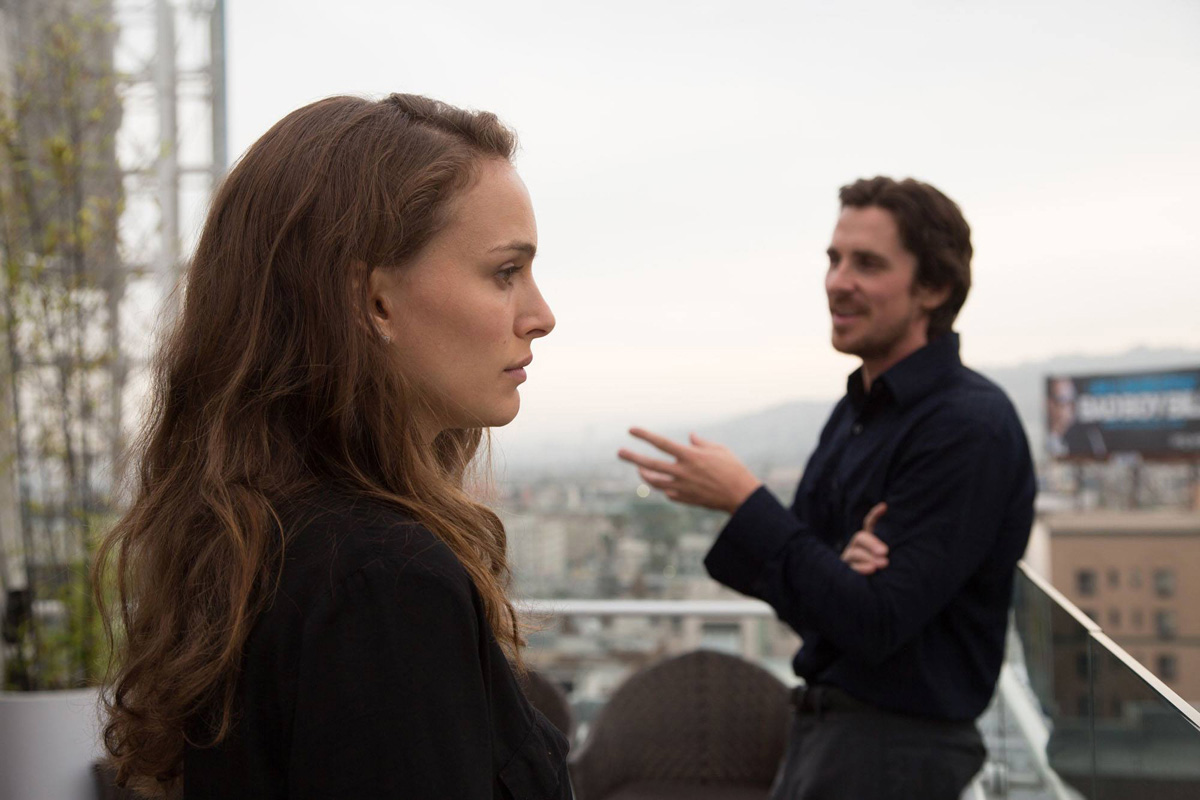 As with most Malick films, Knight of Cups is more of a meditative visual poem than a “traditional” narrative filmmaking exercise. The aesthetic that he perfected with 2011’s The Tree of Life isn’t quite as intoxicating here as it was in that Oscar-nominated masterpiece, but it’s a far more confidently executed than 2012’s To the Wonder. That doesn’t necessarily make Knight of Cups any more accessible for a wide audience, though it may help provide expectations for the already initiated. 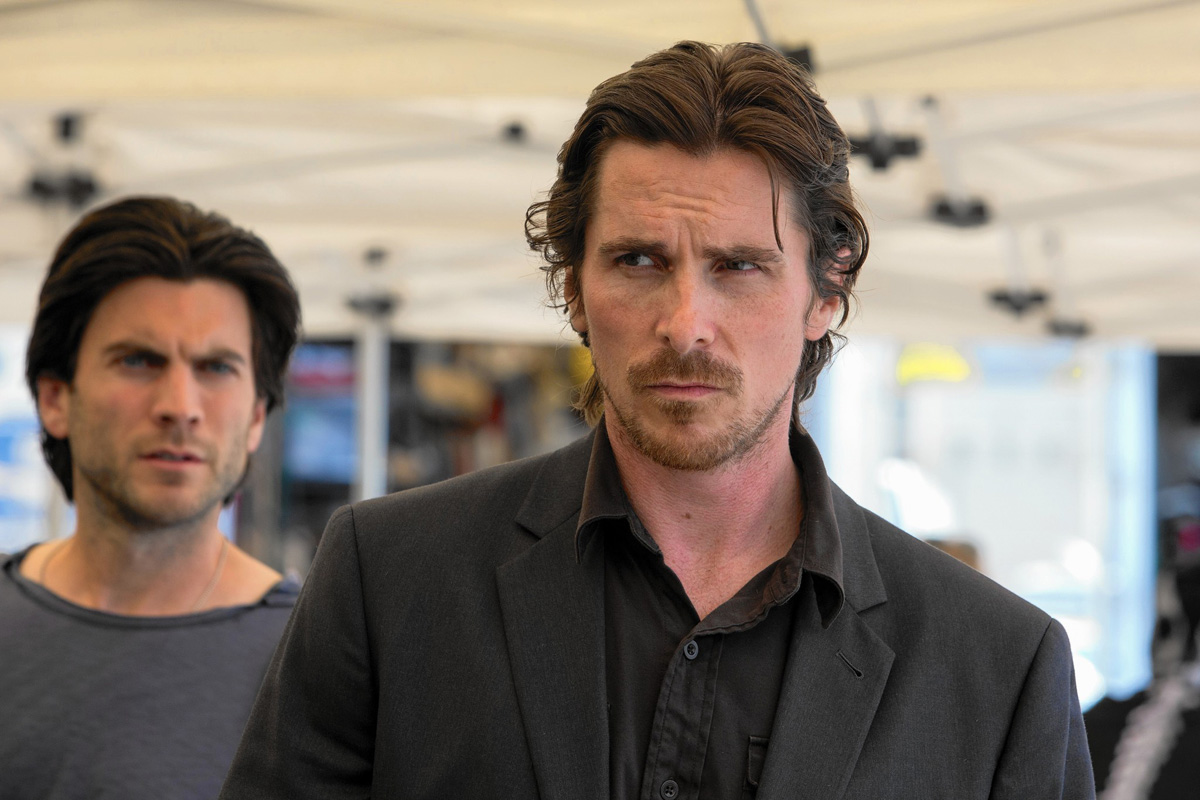 This isn’t a film that one can easily recommend outright without a few caveats relating to one’s tolerance for a style of art filmmaking some may call “pretentious”. There are those who will always view some of Malick’s films – namely The Tree of Life, To the Wonder and now Knight of Cups – as little more than that.

For those it connects with, it could very well reverberate in the back of your consciousness years after you see it. I plan on revisiting it, but maybe not so soon after an initial viewing. It’s the type of film I feel I need to let marinate with my soul a little bit before passing a judgment call on it. I’m one of the Malick faithful, though, so Knight of Cups’ odds were always in my favour. As with the best pieces of art, its true impact can only be fully appreciated over time. 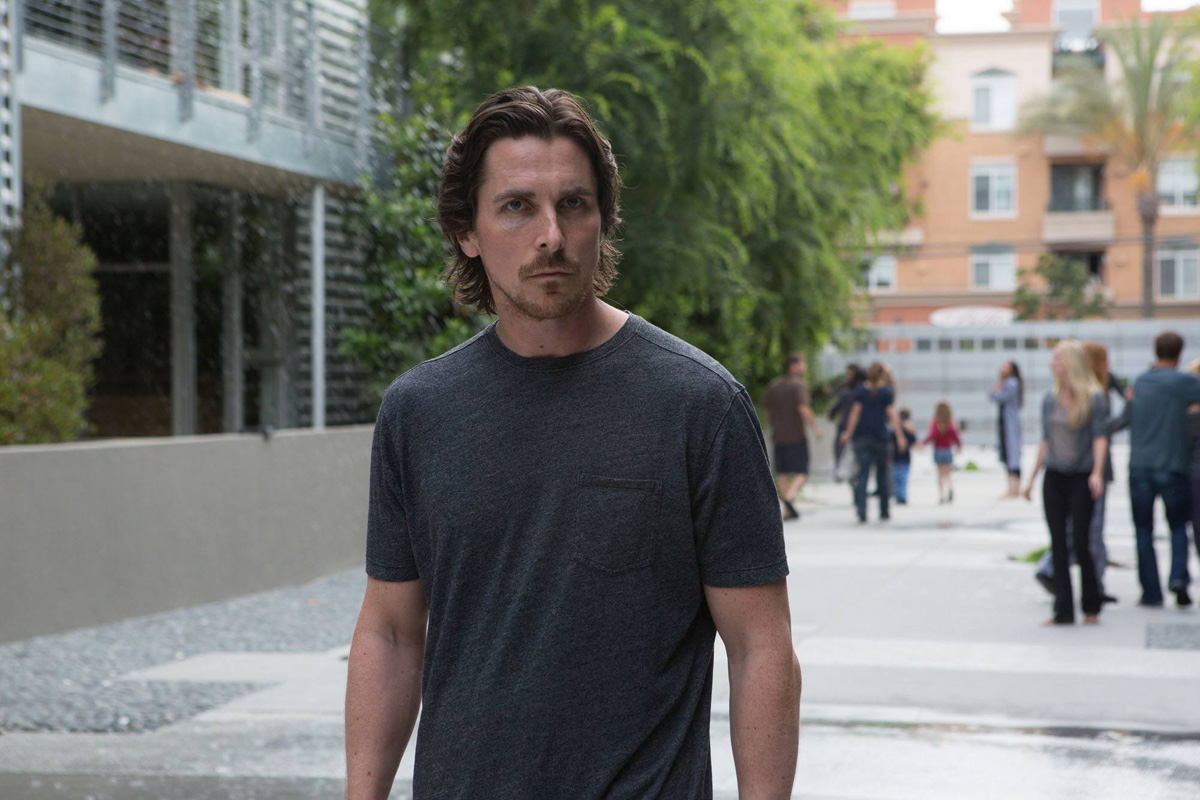 I would encourage anyone to see Knight of Cups if interested, of course, because why not give something unique a chance? There is little to lose but potentially something profound to gain. If you’re prone to being adverse to Terrence Malick and his style, then the caution is yours to heed.

But for now, so be it: Three and a half contemplative stares out of five!