Since the day the Matrix film came out in 1999, the directing team of Lana and Andy Wachowski were tagged as the greatest thing to happen to science fiction since Steven Spielberg. It was a tall order to live up to that kind of hype. It was almost impossible to create a follow up to a film that will forever be regarded as one of the genre’s greatest.

In some cases the Wachowskis couldn’t win. The Matrix sequels were panned and from that point on any of their stand alone films were always unfairly compared to the original Matrix. The unfortunate thing is that their work like V for Vendetta (writer/producer), Speed Racer (Director) and Cloud Atlas (Director), probably didn’t get the just reviews they deserved. 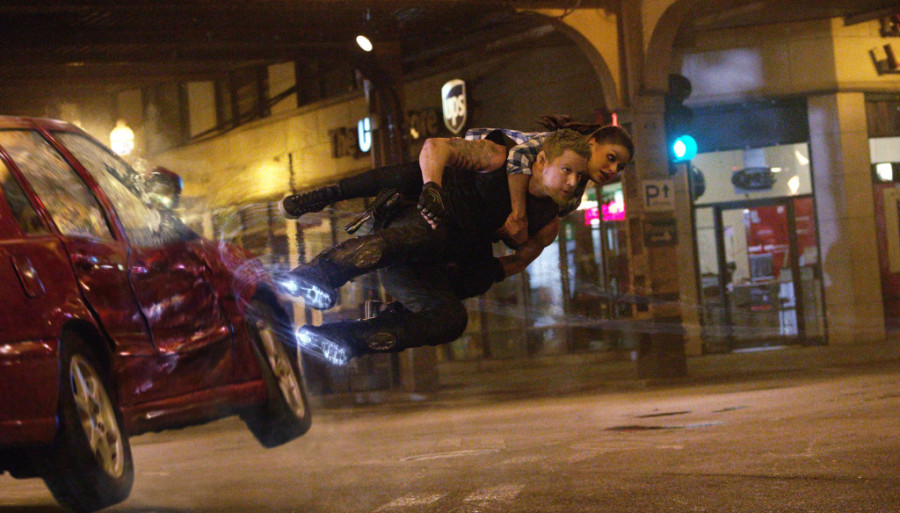 I went into Jupiter Ascending knowing full well that early reviews weren’t great, but you couldn’t take them at face value. Both Speed Racer and Cloud Atlas got mixed reviews and I actually enjoyed both of those films, so I was prepared to give their new science fiction story a try.

Jupiter Ascending is about the best looking housekeeper you will ever see. Jupiter Jones (Mila Kunis) was born under a night sky that predicted that she was destined to be great. Unfortunately cleaning rich people’s toilets was not what she had planned.

Things change when a space elf…er..genetically engineered ex-military hunter named Caine Wise (Channing Tatum) arrives on Earth to track Jupiter down because her genetic signature has made her space royalty and the rightful heir to Earth.

You see, life on Earth and many other planets were looked at as nothing more than assets that were seeded by families of alien royalty for purposes of harvesting. Humans were being bread and killed for youth serums that allowed these families to live forever. Yes it’s very similar to the Matrix plot line of humans being harvested for battery power but I digress.

One family called the House of Abrasax, is the most powerful of the alien dynasties. When their matriarch died, her children Balem (Eddie Redmayne), Kalique (Tuppence Middleton), and Titus (Douglas Booth) end up fighting over the inheritance which included Earth.

When the siblings of the House Abrasax find out that Jupiter Jones is the re-incarnation of their mother, their focus shifts to capturing the woman who stands in their way. Caine becomes her personal body guard and of course eventual love interest.

It is a fairly convoluted story but pretty predictable at the same time and if it wasn’t for the fantastic eye candy of special effects, this film would be a complete dog. Watching it in stunning IMAX 3D was a pleasure but the Cinderella meets Star Wars story arc fell flat and to be honest this whole “you are the one” storyline is getting old.

I did however like the performance of Eddie Redmayne (received a Golden Globe for playing Stephen Hawking in The Theory of Everything) who played the very creepy bad guy Balem. Channing Tatum has had better roles and when you have more eye liner than Kunis that’s a problem. Sean Bean is in the movie as well and I spent most of the film wondering when he was going to die. (Cinephile joke) 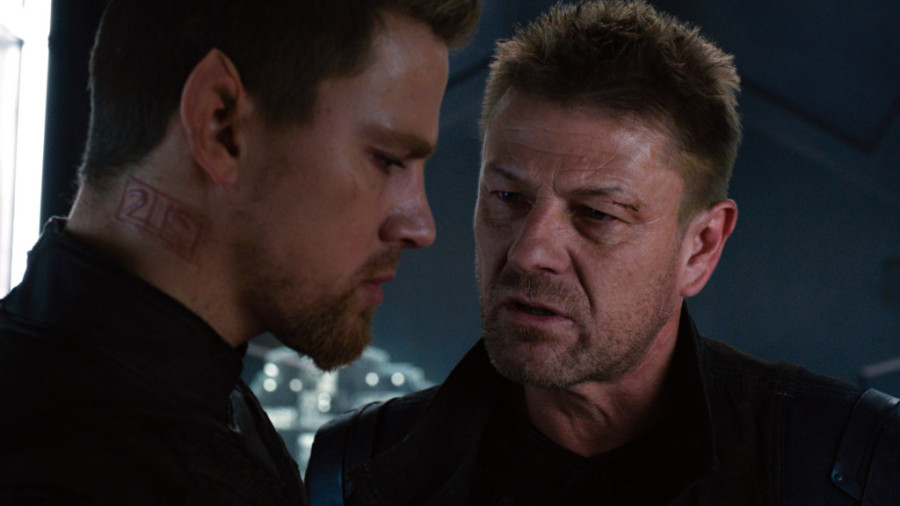 Overall the film deserves the sub par reviews that it is currently getting and that’s a shame. If you have nothing else to do and you’re a fan of the Wachowskis go and check it out in IMAX  for yourself and make up your own mind.

It’s not the worst movie of the year, but it’s probably an early candidate for most disappointing because there was a lot of anticipation for this project and it just didn’t hit all cylinders. The original idea was to make this into a trilogy, I’d be curious to see if that still happens.

The Wachowskis do have a television series coming out soon called Sense8 which will air on Netflix sometime this year.

I’m going to have to give this film 2.5 raindrops. I wanted to like this movie but it was far too formulaic and bland.  Too bad because the effects, set, and costumes were stunning but the story failed.