A mixtape of Bourne classic moments sure to thrill fans of the series, the reborn Jason Bourne doesn’t quite justify its clunky existence in an otherwise stellar franchise.

It might sound like hyperbole to say that Jason Bourne contains both the best car chase and the best fight in the entirety of the Bourne franchise, but it’s true.

There are moments of pure action-bliss to be found in star Matt Damon’s fourth go-around as the titular amnesiac action hero (the film’s the fifth in the series, but no one likes to talk about Jeremy Renner’s The Bourne Legacy).

Those moments are as rare as a word out of Damon’s mouth in this instalment – he seriously says very, very little. When the punches aren’t landing all we’re left with is a mute protagonist and a confusing and contrived plot that involves Tommy Lee Jones going to Las Vegas to speak at a technology convention. Let that last part and all its ridiculousness set in for a moment. 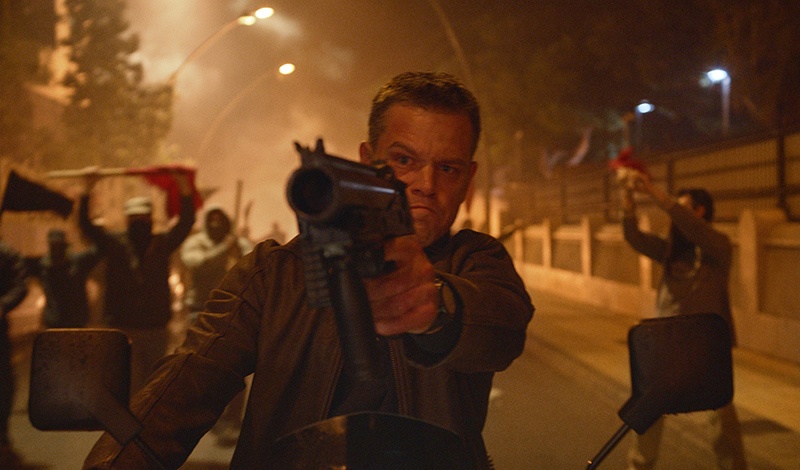 It’s tough to justify Jason Bourne’s existence in the legacy of Jason Bourne. As an avid fan of the series to date, I was completely thrown off by the sudden importance of Bourne’s father (played in flashbacks here by Gregg Henry).

We’re meant to accept the suggestions that the death of Bourne’s father has hung over his entire life but it seems like an aspect of the character retroactively shoehorned in an attempt to keep the stakes personal. It suffers from the same fate as the sixth season of 24, when they introduced Jack Bauer’s dad. Characters like that were doing just fine before their creative team introduced daddy issues. 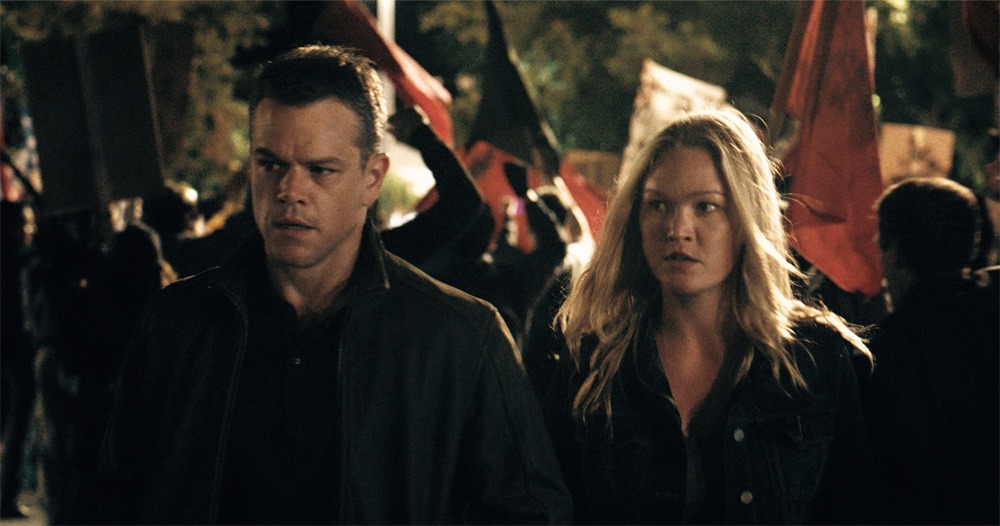 Director Paul Greengrass remains a master of chaotic choreography and cinematography. The staging of a major setpiece in the middle of a goddamn riot is a ballsy undertaking for any filmmaker, let alone one as technically accomplished as Greengrass. But the entire crew nails every action beat even as they sort of feel like they’re going through the motions.

I was also absolutely thrilled by the Las Vegas chase and the fistfight that follows it. There’s enough hope in the best parts of the movie to almost soften the blows to our stomachs from the shitty script. But, we are given an interesting new character named Heather Lee (Alicia Vikander). She’s a bright spot in a boringly familiar scene. 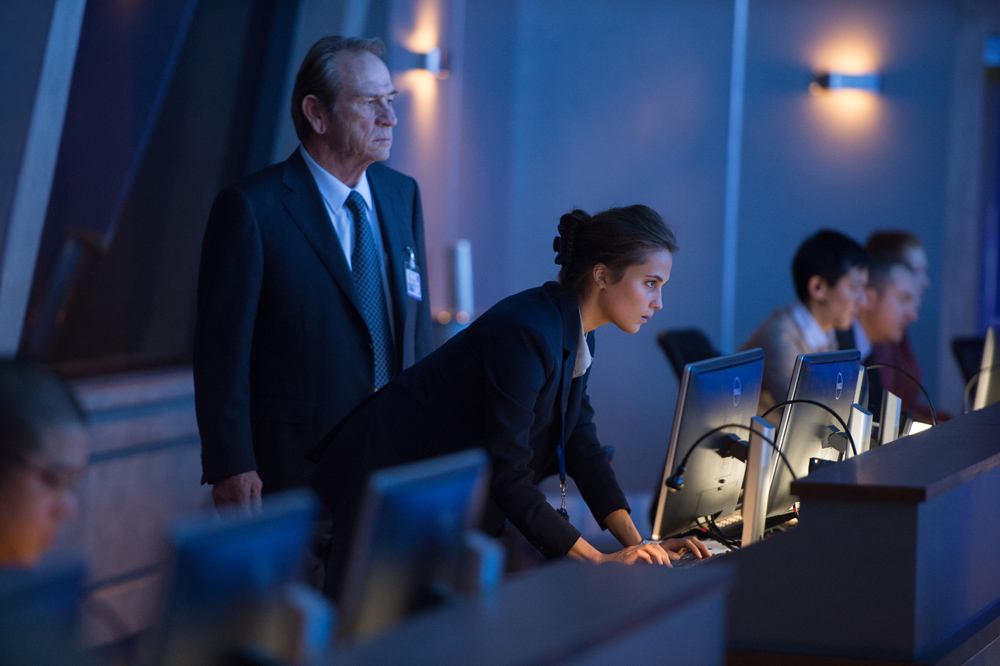 One can accept any number of plot conveniences in the service of moving along a globetrotting blockbuster action-adventure film. I can go along with the fact that Bourne takes several lickins yet keeps on tickin’. I can even shut my brain off and ignore what the tragically reality-translated death results of many of the sequences would be. But the story gets a bit ludicrous at times and you’re asked to swallow some pretty big gaps in logic, plot, and character.

The tie to a new character named The Asset (Vincent Cassel, an underrated physical actor if there ever was one) stretches your limits to say the least. It wouldn’t be so bad if we were simply learning about new shades to this character, but instead we’re presented with defining experiences that completely undermine the hero we grew to know and love over Damon’s previous three performances.

It just doesn’t work. What’s next, Bourne uncovers another sliver of his past involving his uncle? Or his second cousin twice removed? The Bourne Twins? Lil’ Bourne? Just let Jason rest with the golden legacy of his past, let the character go. 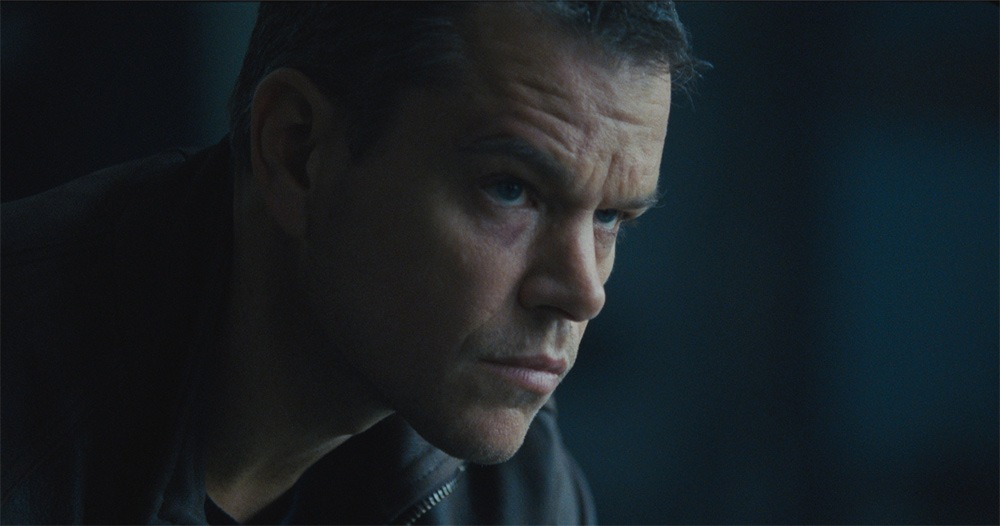 For many, many years there was so much chatter about the need to bring both director Paul Greengrass and leading man Matt Damon back into the Bourne fold. While having those two back collaborating together again does strengthen some of the moments where the screenplay absolutely drops the ball, they might not be enough to keep the real Bourne spirit alive.

But despite the heavyweights returning to the franchise the man who’s really lacking from this film is former screenwriter Tony Gilroy, who lays claim to all previous four scripts. If Universal really wants to make a Hail Mary run for another chance at a Bourne-universe then they might want to invest in recruiting the writer back and giving him a blank page to start with. A simple comparison to The Bourne Identity, Supremacy, or Ultimatum is outlined with the stark lack of Gilroy. 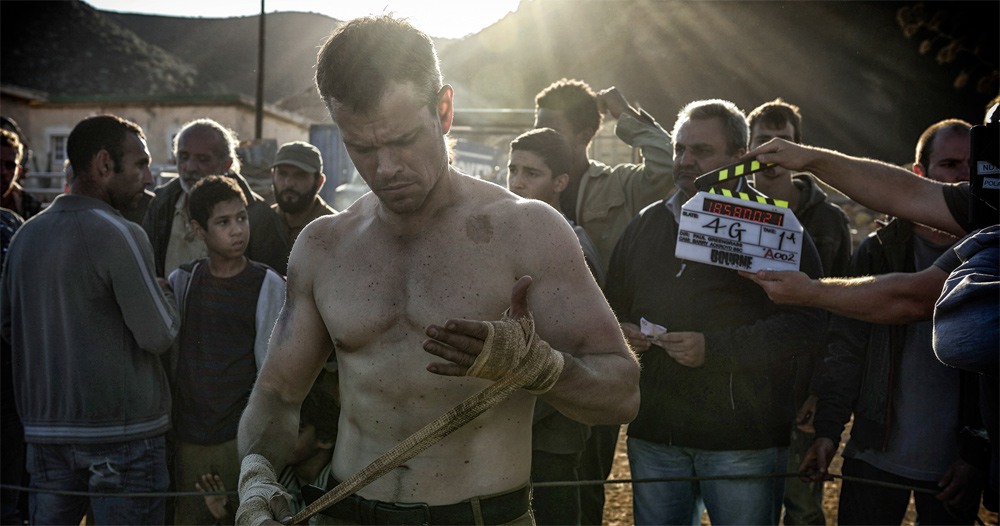 Jason Bourne can neither be outright recommended nor intensely damned. It checks all of the Bourne boxes: car chases, fistfights, espionage, and bad-assery. But the screenplay is an irrefutable mess that arrests any forward momentum in the series. The original Damon/Bourne trilogy still stands as a unified and satisfying story on its own. It just would’ve been better for everyone if Jason Bourne just stayed off the grid in his solitary existence in Greece.

It’s unfair that the film actually flirts with the idea of introducing a potentially very exciting future path for the character. But, playing it safe for reasons inexplicable beyond monetary aspects, the film ends where it begins. What did Bourne learn? What does the audience get to take with them out of the theatre? The answer to both questions, sadly, is “not a hell of a lot”.

Jason Bourne is rated PG-13 and playing at a cinema near you.