Ip Man 3 is the newest instalment in the quasi-biographical series of the Wing-Chun Grandmaster Ip Man.

Who doesn’t like good Kung Fu? Especially when you have the likes of the legendary Hong Kong martial arts/action star Donnie Yen who reprises his role as Ip Man, the highly revered and almost God like legend who’s fighting style changed martial arts forever. 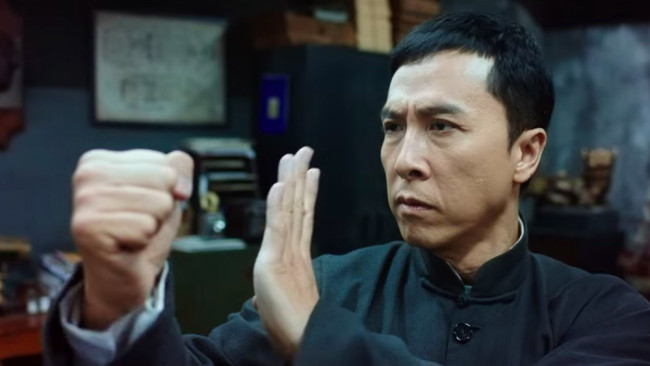 Of course, you need to suspend your imagination for these films. Clearly the real life Ip Man didn’t go about his Kung Fu with wire work and elaborate set designs. There were also no large scale street brawls that took place between rival Kung Fu gangs that looked like something taken right out of Westside Story.

In Ip Man 3, it’s 1959 and Ip is now living a much quieter life as a martial arts teacher in Hong Kong with his wife and son. But when he sees a group of gangsters trying to force the headmaster of his school to sell the land so their crooked property developer boss (Mike Tyson) can build on it, Ip is forced into action. It’s now his duty to protect the school, and the city, from a hostile takeover. 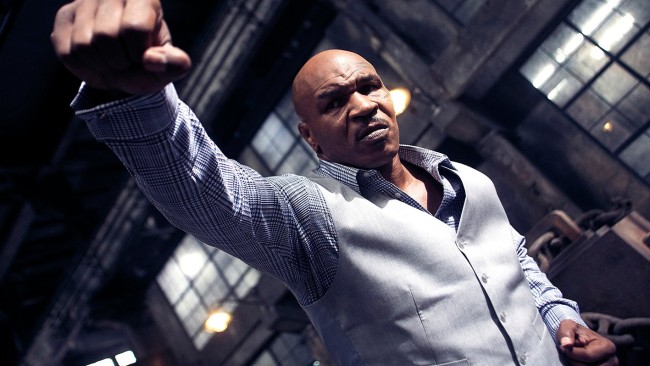 Ip Man 3 is definitely over the top, it’s also slow moving, uneven, and terribly put together. Director Wilson Yip, who directed the previous two films, tries to add more heart and emotion than what was in the previous films, but what ends up happening is the overall story suffers because there are far too many starts and stops.

All the emotion feels forced and the overall flow of the film feels uneven or disjointed. Not to mention the director tries to cram too much into the story that it starts to remind me of Sam Raimi’s Spider Man 3. There is just too much going on, and as a viewer you need to get past all the cheese and over dramatics in order to get to the good stuff – the kick-ass fight scenes.

Legendary fight choreographer Yuen Woo-ping (The Matrix, Kill Bill, Crouching Tiger Hidden Dragon) was brought on to add more spice to the fist-a-cuffs, rather than Sammo Hung, who handled the last two films. 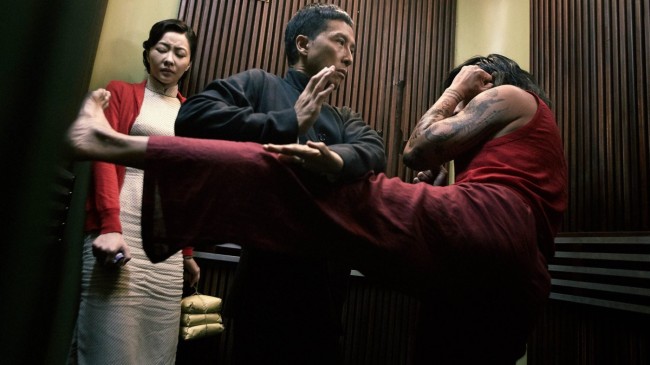 There is a fantastic punch-up that takes place within an elevator where Donnie Yen goes toe-to-toe with a Muay Thai master (Sarut Khanwilai – Tony Jaa’s stunt double) all while trying to protect his wife (Lynn Hung) at the same time.

There are also more great moments of pure Kung Fu violence. Mike Tyson appears as a big bad American crime lord named Frank. Obviously Tyson speaks English, but it would have been nice to have the subtitles still rolling during his mumbling and incoherent scenes. What’s even more amusing is when Tyson speaks Chinese as they clearly dubbed his voice over. 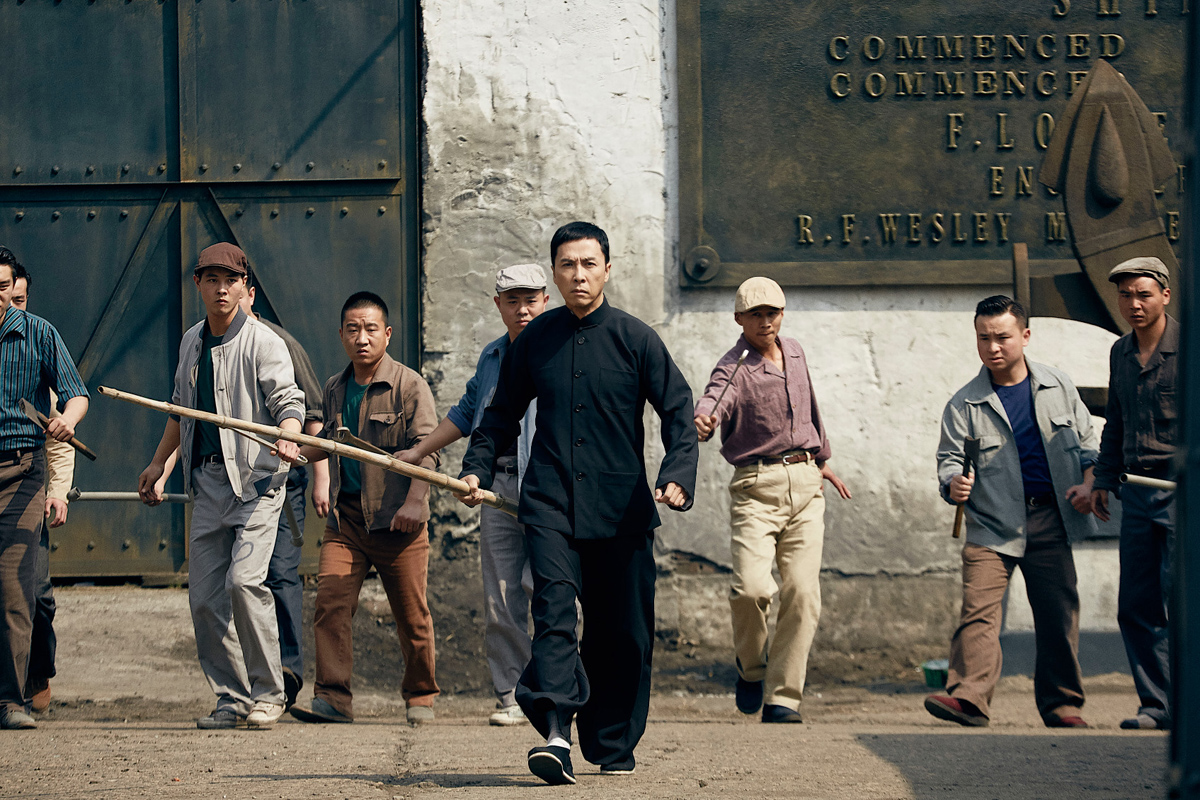 But let’s get serious, nobody is watching this film to see Tyson act. What’s advertised in the trailer is a showdown between Donnie Yen and the former heavyweight boxing champ. It’s western style boxing versus Wing-Chung again, but unlike Ip Man 2, all we get is one round – but it’s so worth watching Tyson and Yen in action.

Other than that, Tyson’s role is minimal, and his character as a crime boss is barely in the story. He could have just been cast as a silent thug or assassin and the fight scene would have had the same effect.

Cinema Factoid: Donnie Yen’s wife publicly expressed her worries that Donnie may get hurt by Tyson but it was Donnie who end up fracturing Tyson’s index finger while filming one of the fight scenes. – IMDB 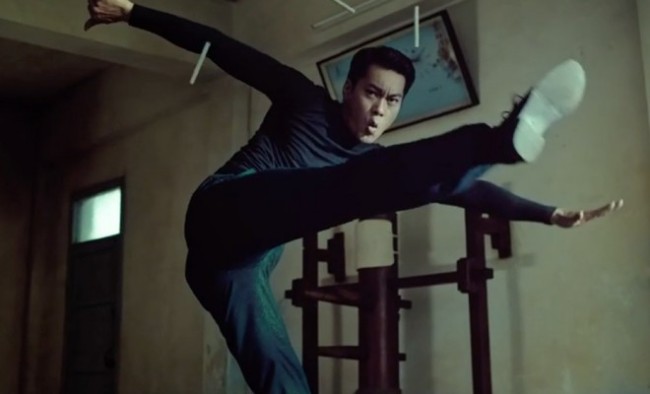 And yes, there are a couple of scenes where we meet a young Bruce Lee who eventually becomes one of Ip Man’s greatest pupils.

On a side note, some feathers were ruffled during pre-production when it was announced that a CGI’d version of Lee would be used to bring the legend back from the dead to play himself. Lee’s estate did not approve of the idea so the plan was scrapped. The role was eventually filled by Danny Chan who, I thought, did a decent enough job. 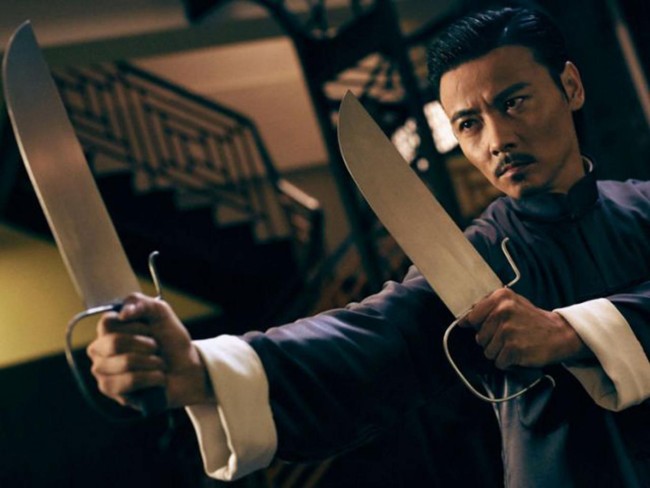 The actor who steals this film is Zhang Jin who plays Ip Man’s friend and rival Cheung Tin-chi. You may recognize him from Wong Kar-wai’s The Grandmaster. Zhang is electric and his Kung Fu style is fast and violent which is pleasing to the eye.

Tin-chi challenges Ip to prove which of them is the true master of Wing-Chun. The entire film builds to their final showdown and the fight scene doesn’t disappoint with it’s very slick choreography.

The only thing that might be a tad nitpicky is that we get all this build up, and although the final fight scene is beautiful to look at, I would have loved to see a grittier and much more even match up between the two. That would have provided that big scene with far more dramatic flare. But maybe that’s just me. 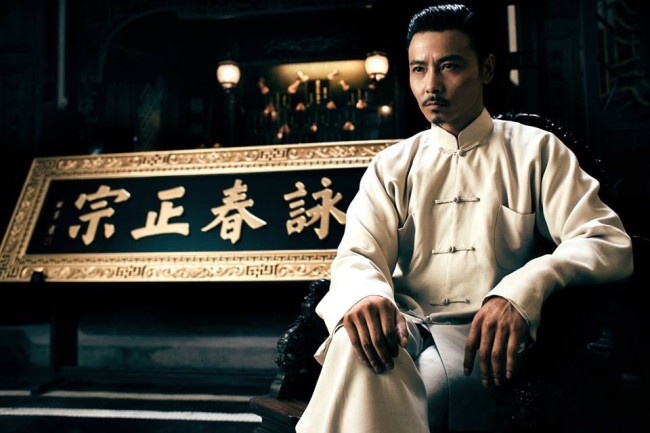 Overall, Ip Man 3 is not a huge disappointment, but it feels really long. One hour and 45 minutes feels like two hours and 45 minutes. The previous films had far more action and intrigue, where this third and reported final chapter plods along with an occasional highlight.

The acting is terrible, the pacing needs work, and the overall story arc is somewhat convoluted, but there is enough here that will keep fans of the genre happy. I just think it could have been so much better.

I can only give Ip Man 3 a 2.5 raindrops out of 5. I know other critics liked the film, so feel free to check it out and make up your own mind. It’s currently playing on limited release at International Village Cinemas in Vancouver.