Inferno has a solid lead actor, a gorgeous setting, and a somewhat intriguing premise; it’s just too bad there wasn’t a better story to tie it all together.

The Catholic Church can take a deep breath; this third Ron Howard film from the popular series of Dan brown novels doesn’t delve deep into any kind of Christian mystery or conspiracy. Instead, this film tackles population control by culling billions of people to save the planet. 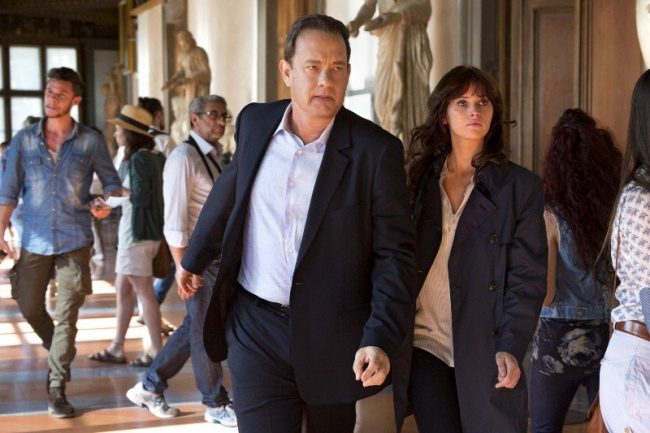 Ron Howard returns to direct the adaptation of the fourth book in the Dan Brown series. The third novel The Lost Symbol was in preproduction but Sony pictures pulled the plug, shelved it and decided to take on Inferno instead.

Like Robert Langdon, the puzzle that director Ron Howard needed to solve was how to adapt another Dan Brown book to screen and not screw it up.

Any director who takes on popular fiction knows they are damned if they do and damned if they don’t. Fans of the books don’t want you to sully their beloved stories but at the same time are excited to see those characters get the Hollywood treatment.

Howard has done an admirable job with the content (2006’s The Da Vinci Code and 2009’s Angels and Demons) but Inferno should be the final film in his particular “holy trinity?” It’s not that Inferno is a terrible movie but it’s definitely not a great film either, it’s just pure light popcorn entertainment. 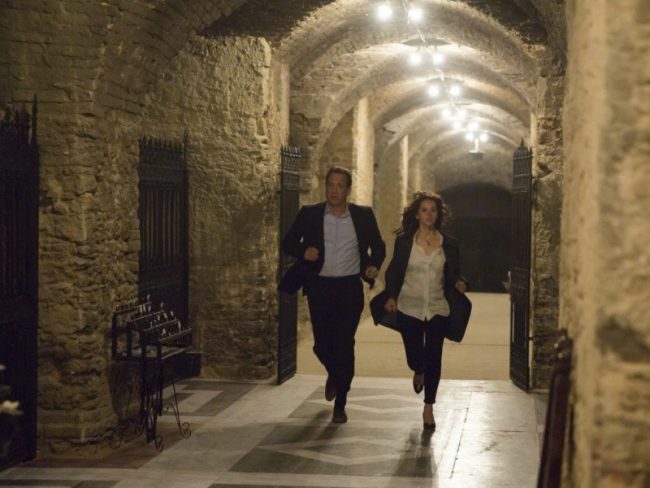 In what is a pretty fast-paced story Robert Langdon (Tom Hanks) finds himself in a hospital room in Florence, Italy with a head wound and a minor case of amnesia. We find out early that everyone is out to get him including some rogue private security firm that wants Langdon to help them find a deadly virus before it infects the entire world.

Of course, the reason people need Langdon is because the only way the virus can be found is by solving a mystery with historical clues taken from Dante’s Inferno and Botticelli’s “Map of Hell.”

Outside of the amnesia, Langdon conveniently starts getting special post-apocalyptic visions (exaggerated flashbacks with subpar CGI) that aid him in piecing everything together. So he runs around Italy with his newfound female sidekick, Sienna Brooks (Felicity Jones), while solving puzzles and running from the law.

The story is pretty far-fetched, and although I love the history and conspiracies that are used in these types films, Inferno lacks any sense of realism. The entire premise of finding a deadly super virus through a virtually unsolvable puzzle was a stretch, but everything surrounding that is also cheesy and predictable. 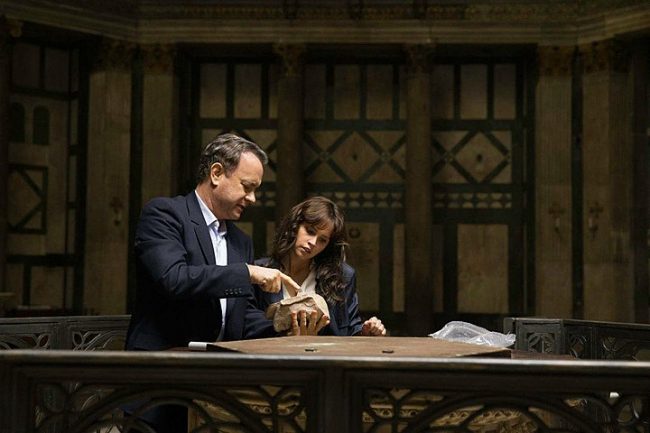 With a cast of Tom Hanks, Felicity Jones, Irrfan Khan, Omar Sy, and Ben Foster, you would think with that kind of stellar lineup of thespians, that some of the story’s weaknesses could be forgiven or ignored, but unfortunately, all the characters come off as wooden.

Hanks, who can save most films, looks bored playing Langdon like he’s mailing this one in knowing that it will probably be his last time playing the popular symbologist.

Although this is a standalone film (meaning you don’t have to watch the previous instalments) it doesn’t really bring anything fresh to a series that really needs a redo and a new direction. Or, maybe we need to come to the realization that not all books work as movies, and instead of forcing it onto the screen, allow a quality story to remain on the pages?

Inferno is entertaining enough, with a couple of twists and a save-the-world plot line that you’ll forget about as soon as you walk out of the theatre. This feels like Robert Langdon in a really bad 007 film. But instead of cool gadgets, fast cars, and campy villains, it’s an aging Tom Hanks running around museums and palazzos hoping he doesn’t drop dead of exhaustion. 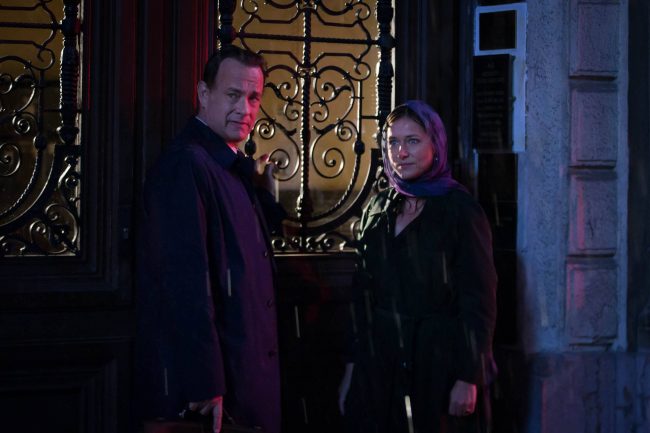 It’s really hard to write reviews for films that are just meh. Inferno is average and could work on Netflix for those late nights of “turn the brain off” entertainment.

I hope this is the last Hanks and Howard collaboration on anything to do with Dan Brown. If we are going to continue with these types of stories then maybe just like the James Bond franchise, it’s time for a new lead and a new director to give the content some fresh blood.

Inferno only gets 2.5 pieces of popcorn from me, which are hidden and can only be found if you solve the mystery of the Parthenon.