I went into Morten Tyldum’s Imitation Game starring Benedict Cumberbatch, not really knowing what to expect. I prefer it that way, and to be honest, it is one of the best ways to enter a cinema not knowing too much about what is going to be presented on the silver screen.

Those words were said on three different occasions throughout the film and they certainly rang true when it came to the the life of Alan Turing.

The film is based on a true story and it’s about the great mathematician/spy, who was responsible for cracking the impossible Nazi Enigma code during World War II. In doing so, he also became the man responsible for inventing what we call “Computers.” You might have heard of them.

There hasn’t been a lot of fan fare leading up to the release of the film, but anything that has Cumberbatch in it should be worth checking out. Honestly, that man has to be considered one of the finest thespians on planet earth. 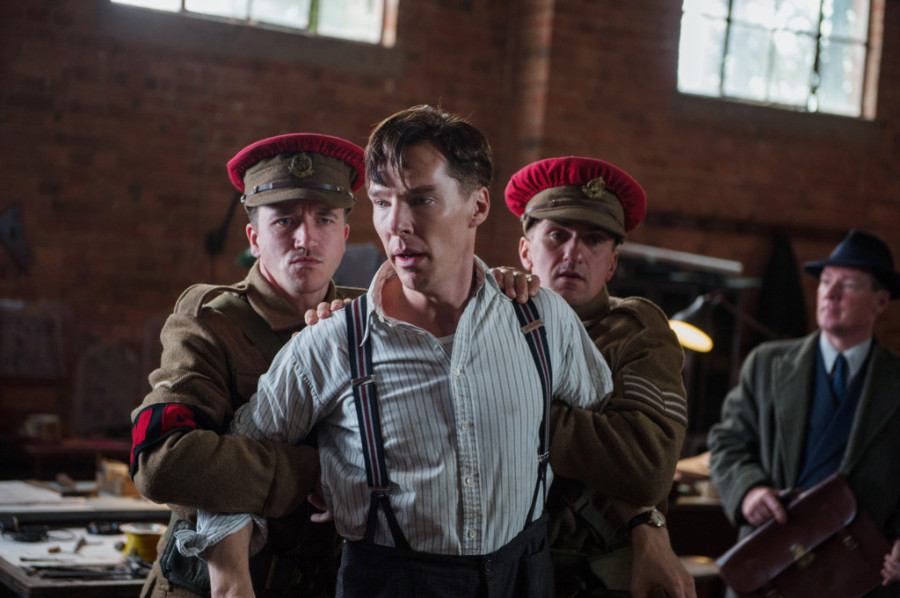 Imitation Game is no different and produces Benedict’s best performance thus far and will most likely garner him a few awards and accolades which will lead straight to an Oscar nomination. An interesting side note is that Leonardo DiCaprio was originally linked to play the lead role. I like Leo, but that wouldn’t have been the right fit.

If you are like me, you enjoy a good spy movie, especially one that takes place during World War II. If you know your history, it wasn’t just military might that won the war, it was intellect, espionage and trickery that beat the Germans. 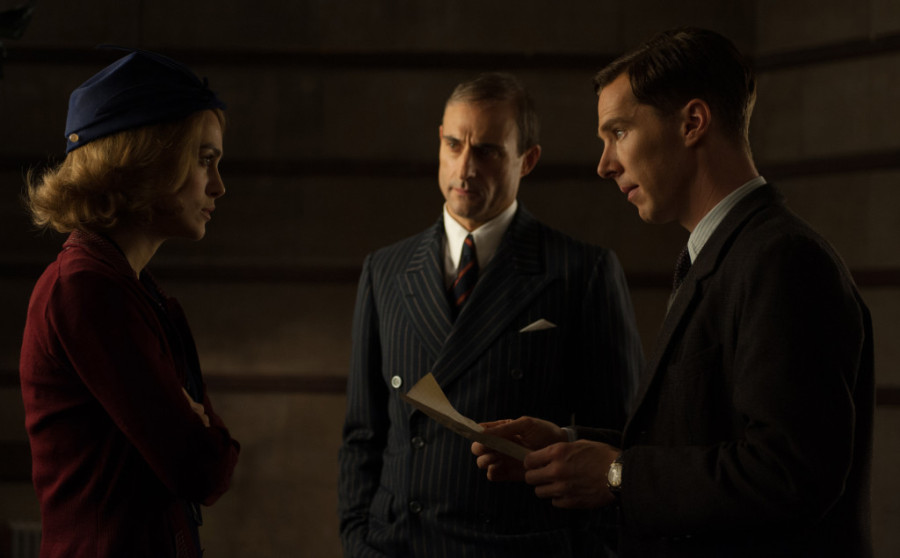 It was people like Turing and even the spy named Garbo that could be considered two of the most important reasons the Allied forces defeated Nazi Germany. If you get a chance I recommend checking out the documentary Garbo: The Spy.

The story of Alan Turing is one part war hero, two parts tragic. The mathematical and engineering genius was known to be hard to deal with. Let’s just say his social awkwardness didn’t get him invited to a lot of swinging parties.

Oh and there was also that other thing about being a gay man during a time in Britain where being a homosexual was a crime.

Not much else is known about Alan Turing other than what is written in history books. He did work for MI6 so for years his military record didn’t exist. There aren’t many photos or film footage of the man, so Benedict Cumberbatch had free range to create a character that had just the right amount of vulnerability and melancholy.

There is a great scene at the beginning of the film between Cumberbatch’s Turing and Cdr. Alastair Denniston, played by the wonderful Charles Dance or Tywin Lannister for you GOT fans, that provides a touch of charm so that you are instantly hooked into the story. 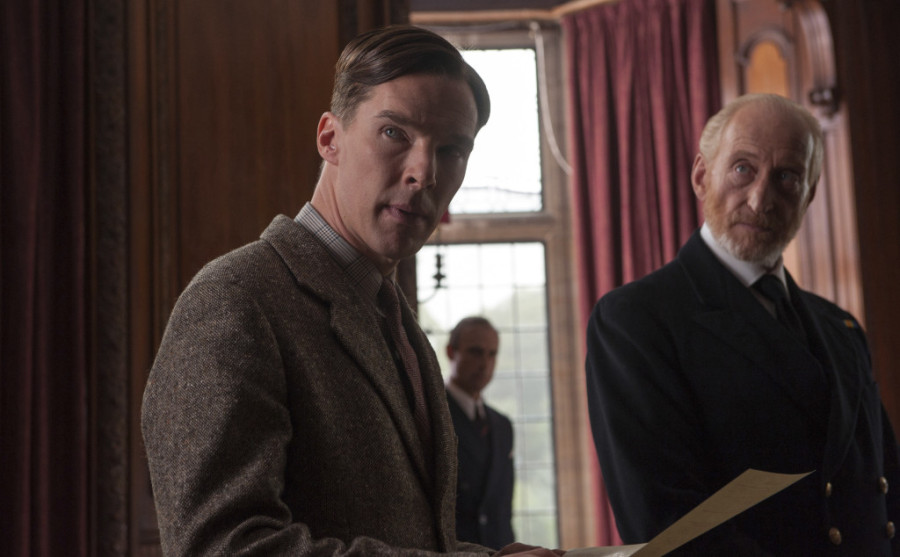 In a film like this, Cumberbatch gets all the glory but solid performances by Mathew Goode and Keira Knightley also helped to bring the film to life. Knightley does a fantastic job of playing the brilliant Joan Clarke who was the only woman on the Enigma cracking team and who also appeared to be Turing’s closest friend at the time.

There is a scene where Clarke arrives to a test a few minutes late and we get a glimpse at how women were treated back in the 40s. It’s Knightley’s subtle touch to the character that adds so much to that scene. 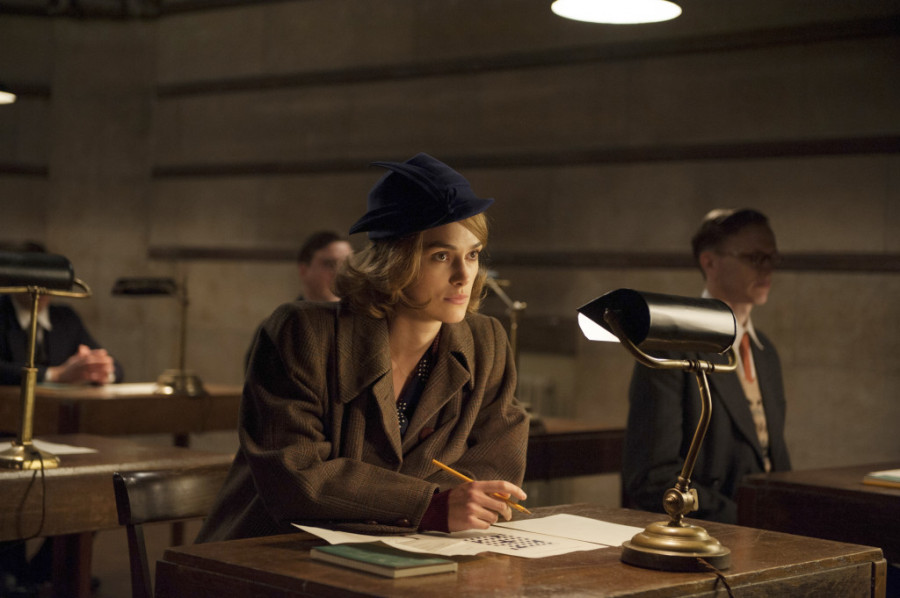 The overall story is about cracking a puzzle so it made sense that director Morten Tyldum made the movie a tad puzzling in that the movie jumped around between Turing as a kid, Turing as a code breaker and into the future where Turing was being interrogated for being a gay man. Not only was he accused he was convicted for gross indecency.

However, just like the Enigma code, the pieces of the story all start to come together and we learn a little bit about the complexities of the character and we get a glimpse into one of the most influential men in history. 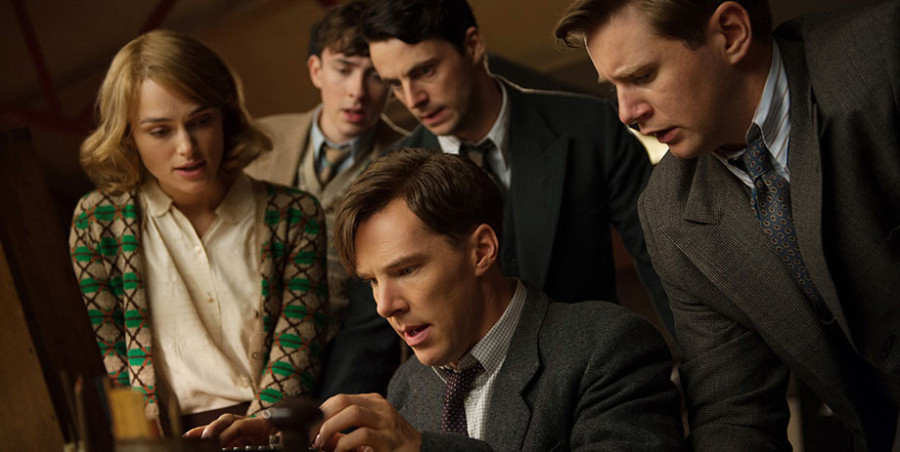 What’s tragic is that it wasn’t until 2013 that the Queen of England gave Mr. Turing a full pardon, which was Britain’s way of saying, we F’ed up.

The film is a masterful biopic that hits all the right notes. It’s not only a thriller spy movie with WW2 as the backdrop, but it’s a tragic story about a man who not only saved the world as we know it, but continues to have a profound impact on it to this very day.

Should you see this movie in theatre? It’s not something that you need to rush out to go see on the big screen, but if it’s movie night and you want to see a fantastic film, it’s definitely worth checking out as it will most likely be an Oscar contender.

Imitation Game gets a high rating of 4 out of 5 raindrops. My full list of the best films of 2014 will be coming out in mid December. Feel free to tweet me your top five.