It’s that special time of year where we get another Peter Jackson Middle Earth nerdgasm.

The final chapter in the Hobbit trilogy is now at a theater near you and it’s called The Battle of the Five Armies. As the title says, it’s a movie about a battle…of five armies, except it was actually only four as one of the armies no showed.

The final installment to the franchise is a giant reminder that there really didn’t need to be three movies made about a book that was no more than three hundred pages long. Don’t get me wrong, I loved the book; in fact I have warm memories of it being read to me when I was just a wee boy.

I applaud Peter Jackson for wanting to make a film out of Tolkien’s 1937 children’s book and including as much detail as possible even if some of that detail had poetic license. However, two movies would have sufficed, but maybe it was Jackson who succumbed to the “Dragon Sickness.”

Speaking of Dragons if you are hoping for more Smaug action, you get it, but only for the first couple of minutes of the prologue with the rest of the film being devoted to the battle for the riches that lay in the cave formerly guarded by Smaug (Benedict Cumberbatch).

Many parties have interest in the gold, but the Dwarf lord Thorin (Richard Armitage) and his band of disgruntled Dwarves aren’t exactly too keen on sharing the riches with anyone.

Bilbo Baggins (Martin Freeman), is more of a mediator and wants peace and does his best to talk sense into Thorin and at the same time try to help the elves and humans get their share of gold that they were promised. Funny, this is a movie about Bilbo’s adventure, but his role and screen time in the final chapter is limited. 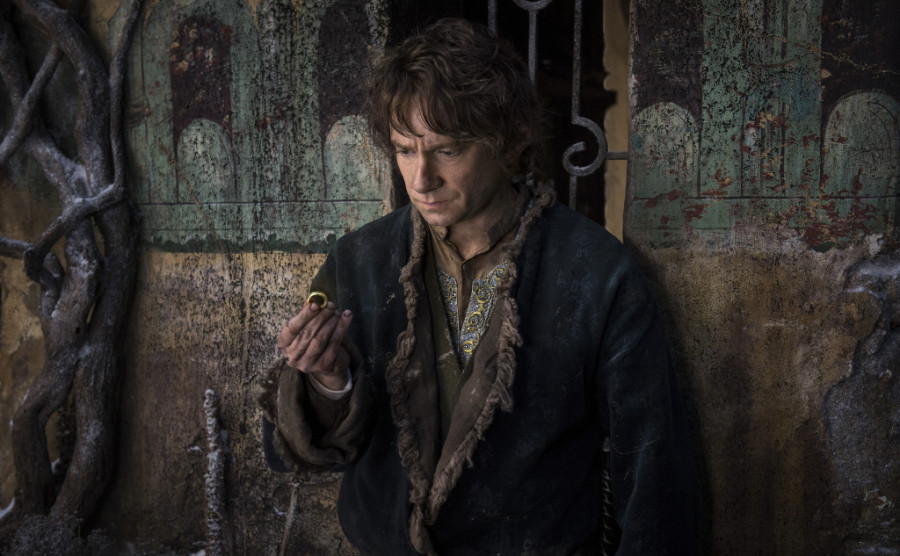 Overall the film is okay if you are into melodramatic acting along with some, long lasting, slow motion, staring contests. Seriously, there are some scenes where that is all they are doing, staring at one another. There were moments that were supposed to have some dramatic beat or pause that were met with a few snickers from the audience.

It’s too bad that this is the final time that we get to enjoy Sir Ian McKellan’s Gandalf, who like Bilbo, didn’t really have a lot of screen time in this final showdown. I have to admit Sir Christopher Lee, who plays Sauruman the White Wizard, is pretty limber for a ninety year old as he throws down some wizardly Kung-Fu. 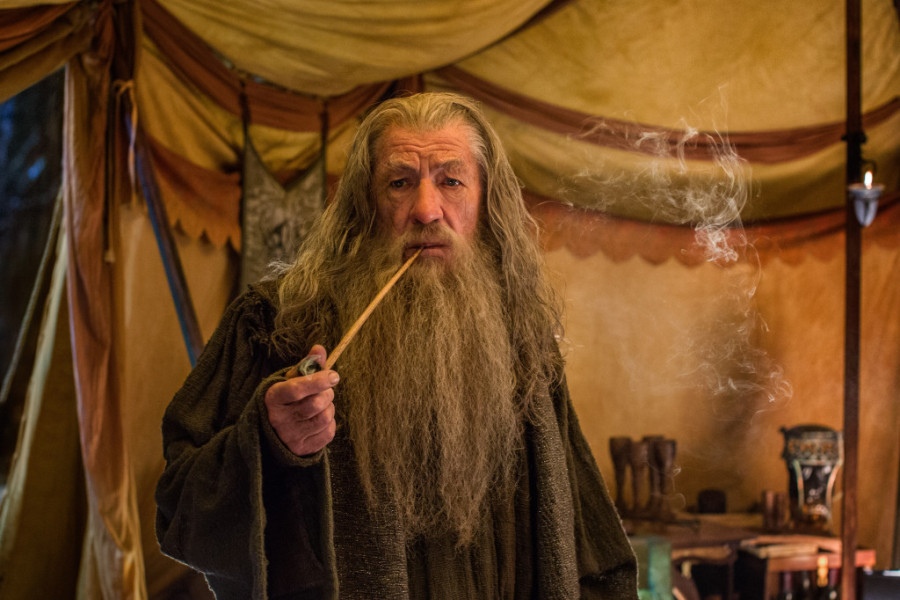 For the moments where maybe the film missed its mark, there was a plethora of kick-ass battle scenes to hold one’s interest. Yet, there were still some head scratches. For instance, the Orcs were supposed to be this super, angry, army that nobody could stop, but then half way through the movie they were relegated to easy fodder and even became background extras.

The film has some nice touches where the story gets tied into the Lord of the Rings series which was not something J.R.R. Tolkien had in the original book, but Peter Jackson took a few creative liberties. Okay he took a lot of liberties.

Legolas, played by Orlando Bloom, was never actually in the original Hobbit source material and you can also add Evangeline Lilly’s Tauriel as well. Not to mention Jackson made up the forbidden Elf-Dwarf romance, giant burrowing worms, and somebody riding a giant elk into battle, I could go on but I’ll spare you. 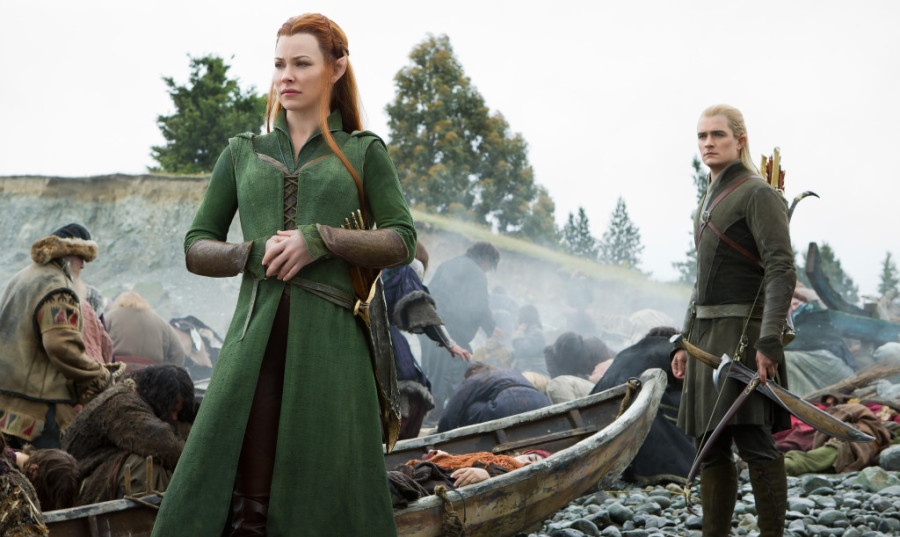 For me, the second Hobbit film The Desolation of Smaug was the best of the series, but it’s really hard to rate just one piece of what should be viewed in its entirety as one big story. It’s a trilogy that needs to be watched from beginning to finish, maybe not in one sitting, but also not a year apart.

So although I left the theater feeling kind of “meh” about the third and final installment of The Hobbit, I’m sure I will have a different feeling about it all when I have the well decorated, extended, director’s cut, and bonus scenes DVD set that I can spend an entire lazy day watching as one adventure at home.

Battle of the Five Armies is worth checking out, but don’t go in with high expectations. Accept it for what it is as good ol’ fashion fantasy fun.

Save the money on the 3D glasses as they aren’t necessary.

Overall I can only give The Hobbit: The Battle of the Five Armies three out of five raindrops.

It’s not a spectacular film on its own but it does conclude a great story. If all you want is some closure, go and check it out but it’s not a film you need to rush to the theater to see unless you are already dressed up in your Legolas outfit, then by all means, enjoy yourself.