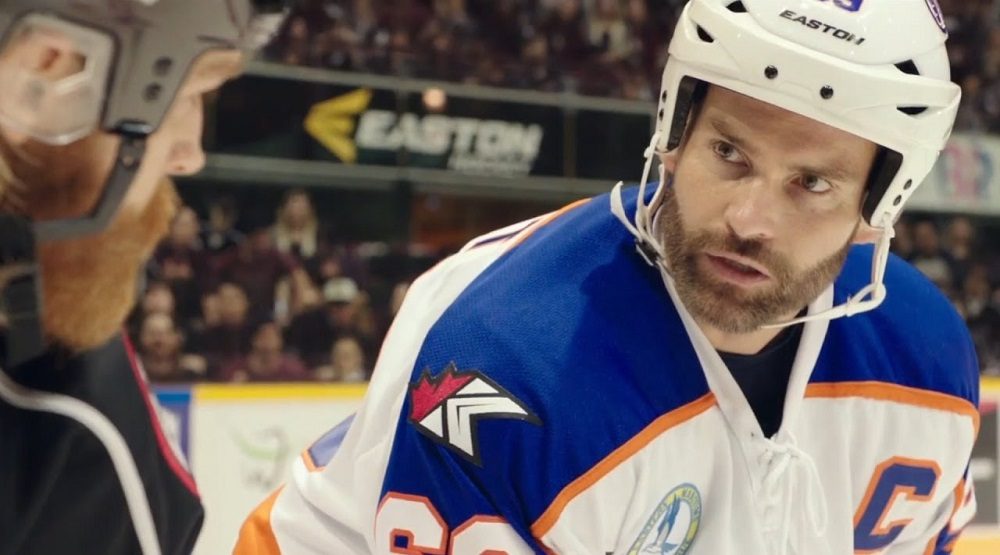 It doesn’t get more Canadian than hockey and Jay Baruchel.

The wunderkind is no stranger to stardom and success; having worked with the likes of Judd Apatow and provided the lead vocal talent for the massive How to Train Your Dragon franchise (a third installment is on the way). However, Goon: Last of the Enforcers is another milestone for the 34-year old as the sequel marks his feature directorial debut. 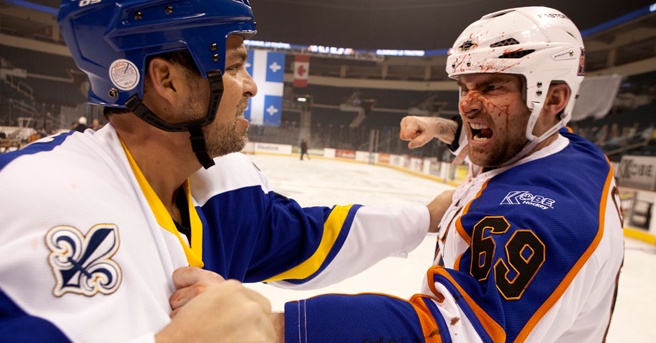 After an early retirement-inducing fight with league MVP Anders Cain (Wyatt Russell), Doug Glatt’s (Seann William Scott) enforcing days appear to be over. With a baby on the way, courtesy of wife Eva (Alison Pill), and his financial future in question, the tough guy takes a buttoned-down job as an insurance salesman in a high-rise basement.

Soon enough, when his former team, the Halifax Highlanders, promote Glatt’s bitter rival to captain, he looks for a way back in. While dealing with a busted arm, the bruiser enlists the help of old nemesis Ross ‘The Boss’ Rhea (Liev Schreiber) to learn how to fight with his left and reclaim his glory.

Although it’s been over five years since the first bout, the sequel benefits largely from a committed bunch of actors who genuinely embrace their roles and even take them in some interesting directions. 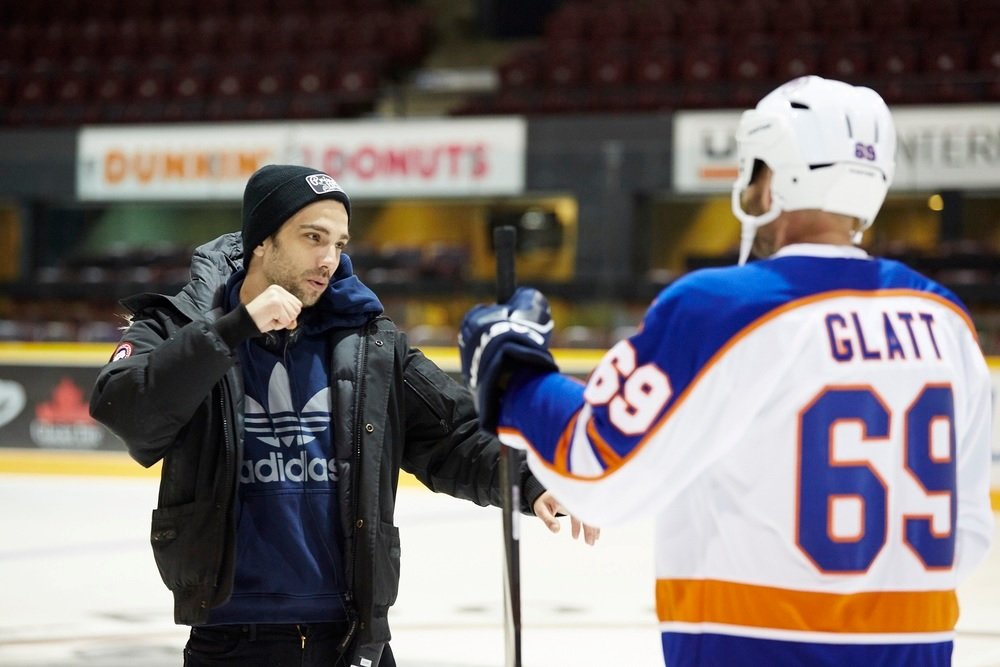 The new additions to the cast are also sensational. Cain is notoriously volatile, providing Wyatt Russell (son of Kurt and Goldie) with a chance to bring a ton of testosterone-fuelled rage to his role.

Fun fact: Cuthbert and Baruchel hosted the Canadian TV series Popular Mechanics for Kids in the late 90s; it’s worth a YouTube search.

It should be noted, in a stroke of brilliance, the movie features TSN’s James Duthie as himself alongside Silicon Valley’s T.J. Miller playing his co-host on a fictional sports network show. Every scene is comic dynamite and, if the outtakes during the credits are any indication, displays some epic improv skills.

The looming question remains: is Goon 2 consistently funny and – more importantly – are there enough laughs to justify a follow-up? The answer, for the most part, is yes.

Right from the get-go, it’s clear the cast is totally game for another round as these quirky characters. The script, from Baruchel and Jesse Chabot, peppers in plenty of snicker-inducing one-liners and snappy editing helps move the plot along at a decent pace. 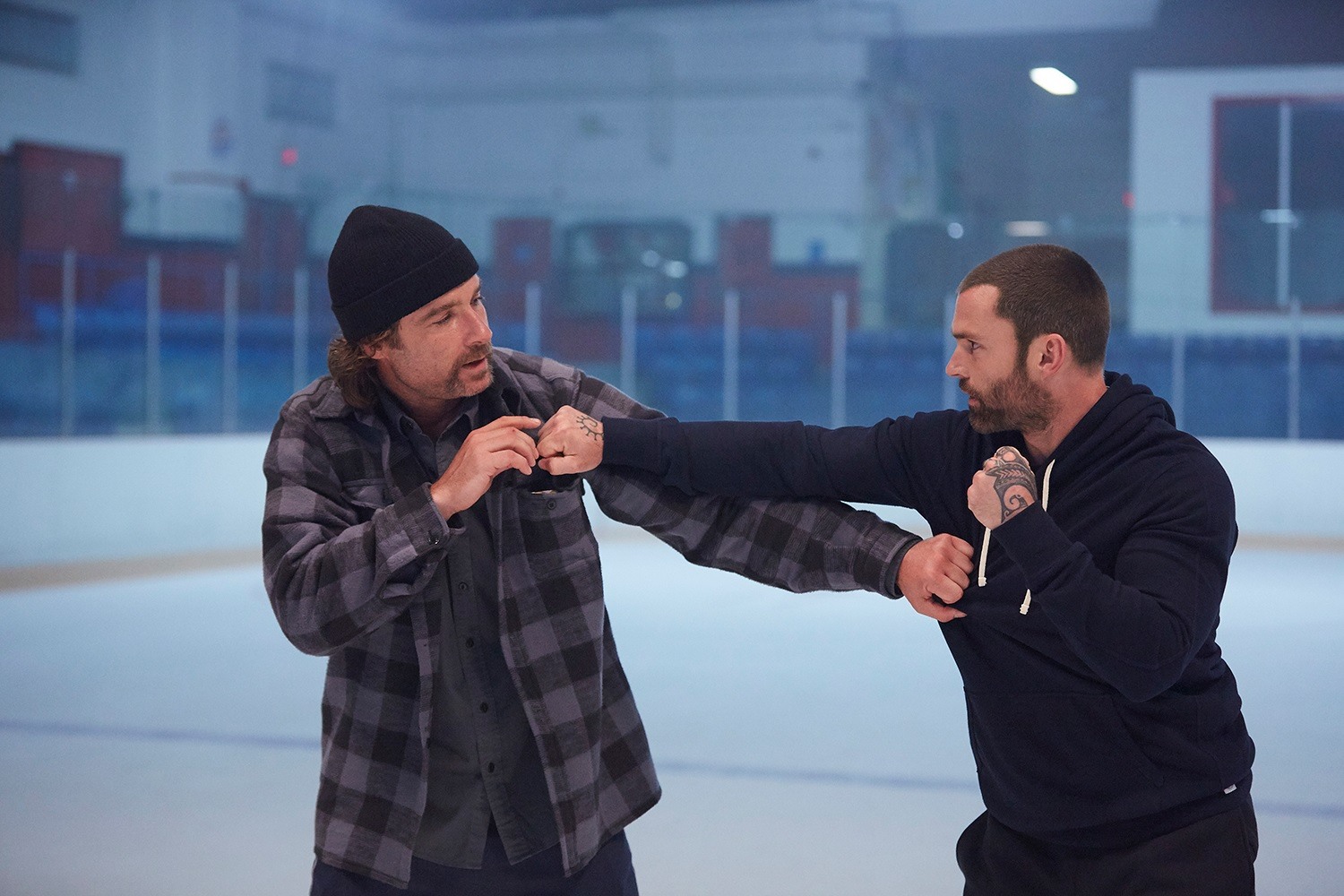 Yet, for every three of four jokes that hit the mark there’s one that is either awkwardly dated or painfully obscene. Still, these minor penalties are forgivable in the grand scheme of the entire movie.

The glaring elephant in the room (or on the ice in this case) is the film’s sensationalism of hockey fighting. Last of the Enforcers is violent as hell and certainly earns its restricted rating. Blood doesn’t just spurt from players; it literally gushes out of them like a fountain, resembling a Tarantino bloodbath at times.

It’s initially amusing, but becomes redundant and eventually a tad off-putting. This becomes more of an issue towards the end. Without becoming an after school special, the writers had an opportunity to make a poignant statement about fighting in sport but opted instead for a standard bareknuckle brawl. Sure, it’s entertaining in a visceral way but the flick also squanders its chance to really make a resounding statement.

In the end, if you enjoyed the world and characters created in the first Goon, chances are you’ll be satisfied with this sequel. Last of the Enforcers earns a rock’em sock’em 3 out of 5.