What Ghost in the Shell might lack in substance, more than makes up for in look and feel. It’s the stuff guilty pleasures are made of.

Ghost in the Shell is based on Mamoru Oshii’s 1995 anime (Japananimation) masterpiece of the same name, which is held in high regard as one of the cornerstones of the genre. 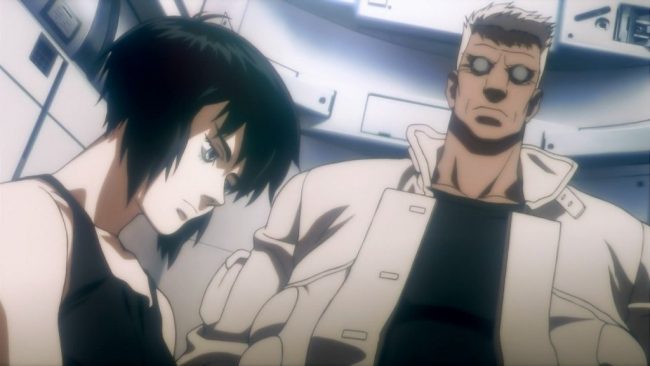 The 1995 Anime Classic “Ghost in the Shell” – Image: Manga Entertainment

It’s one of the films that influenced the Wachowskis’ The Matrix. So, when it was announced that the classic cyberpunk story was going to get the live-action treatment, fanboys of the original series were giddy “teehehe!”

But those giggles soon turned to outrage when it was announced some unknown white girl was cast as the lead.

Okay, Scarlett Johansson isn’t unknown, which is actually the point, but she definitely won’t be confused and anything else than Caucasian and that was a problem for some people who wanted to cry out “Whitewashing!”

I’m here to tell you that Johansson’s casting was perfect.

Had it just been a Japanese production, or a cast with just purely Japanese actors, the film’s commercial success would have taken a huge hit and our nerdy hopes and dreams of other great anime getting the big budget film treatment would have continued to be relegated to underfunded and terrible.

The fact of the matter is this; the Ghost in the Shell story is about human brains being put into robotic bodies. And if that was the case who wouldn’t want a Scarlett Johansson model? 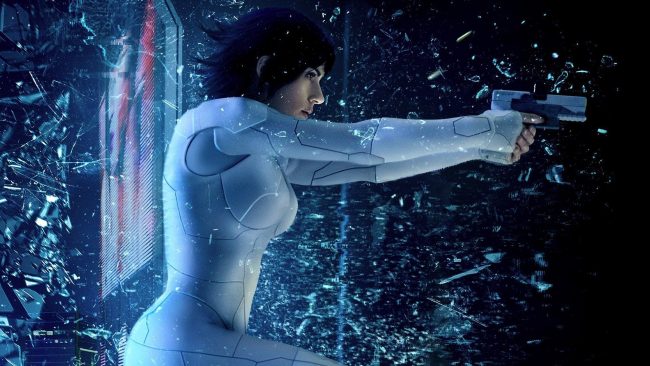 The film stars Scarlett Johansson, Pilou Asbaek, Takeshi Kitano, Juliette Binoche, Michael Pitt, Chin Han, Danusia Samal, Lasarus Ratuere, Yukata Izumihara, and Tawanda Manyimo. The cast is a nice mix of international and white actors and never at any point did Johansson look out of place as The Major.

The 32-year old actress takes on the role as Hanka Corporation’s cyborg super-soldier who works for the government’s counter-terrorism agency, Section 9. Along with her sidekick Batou (Pilou Asbaek), Major is given a mission to track down the mysterious cyber-terrorist Kuze (Michael Carmen Pitt), who’s been taking out Hanka executives by hacking into service robots and causing them to attack.

This is a future where robotic enhancements are the norm and Major is one of the first of her kind where her human brain (ghost) was successfully transplanted into a robotic shell. The original anime was both violent and philosophical and pushed viewers to ponder the fate of humanity in a computerized world. The story addresses complex themes of identity, memory, free will and what it means to be human. This retelling skims the surface on those themes and instead strives to be more of a shooter than a thinker. 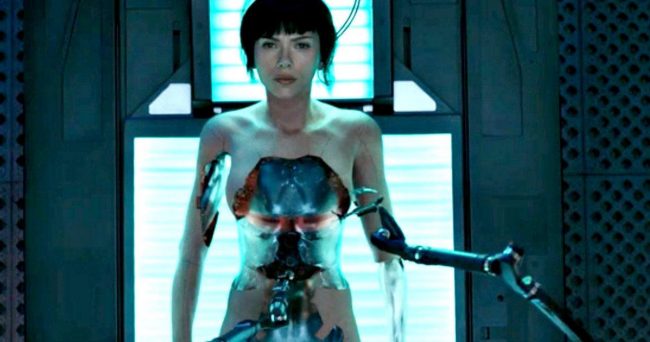 Fans of the classic material will at least appreciate how faithful this film is to the original plot with a few tweaks and fresh strokes to fill in the gaps and enhance the original story. I prefer a remake if it retells a story in its own way and at the same time gives a bit of a nod to the original film. That said fans will probably like some of the anime sequences that are masterfully recreated for nostalgia buzz.

This is a gorgeous film to look at and British filmmaker Rupert Sanders does a great job of bringing Masamune’s futuristic city to life. With the help of Lola VFX who made the cityscape look something right out of Blade Runner, and the Clint Mansell’s synth score along with the constant background hum brought a haunting and futuristic ambiance to the film.

Acting wise, Johansson brings a very cold if not detached performance to the role. It’s really hard to connect with her, and I believe that was done on purpose and it might be the film’s detriment, but there was enough supporting cast and action sequences that helped in pushing the story forward even if Major was more machine than the sympathetic hero.

In the end, I appreciated what this film was trying to do. I hold the 1995 anime closely to my heart for many reasons and so I went into this fairly guarded and came out at least somewhat relieved they didn’t butcher it. 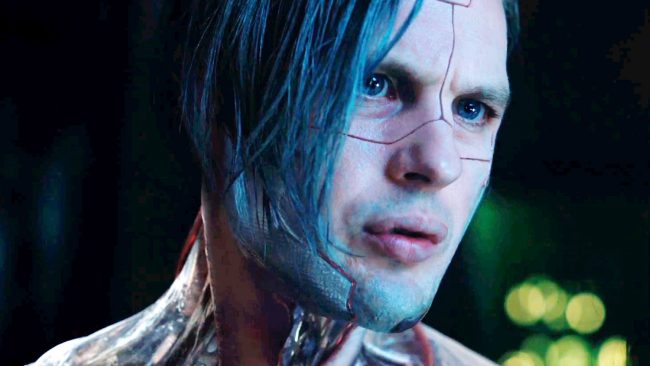 This version of Ghost in the Shell will never be confused for anything remotely thought provoking but it is a great popcorn flick that should be seen on a big screen. Remember, this story inspired a lot of filmmakers and we have seen this theme of merging man with machine in recent films like Ex Machina and even HBO’s Westworld who I feel delve deeper into the subject matter.

I hope that this movie makes enough money so studios continue to look to some of the anime of the past and present as a wealth of creative material. There is a lot of gold in those hills as we will see with Netflix’s Death Note adaptation and James Cameron’s Battle Angel Alita.

Don’t get fooled into getting 3D glasses for Ghost in the Shell, there is nothing that really pops or stands out. You can enjoy this in 2D and have the same appreciation for the effects.

The reviews are currently mixed but I’m giving this one a 3.5 of robotically enhanced popcorn out of 5. I’d like to see them explore this universe some more with either a TV series or a trilogy.

Playing at a theatre near you, Rated PG-13 and is 106 minutes long