In real life, putting more than $100 on a roulette spin is enough casino anxiety for most. In The Gambler, watching Mark Wahlberg stoically flush hundreds of thousands proves to be an entertaining experience from start to finish.

Jim Bennett, played by Wahlberg, is a stormy literature professor neck-deep in debt thanks to his penchant for high-stakes gambling. He owes a variety of dangerous men a very large sum, and the film follows his various attempts, and squandered opportunities, to square up. 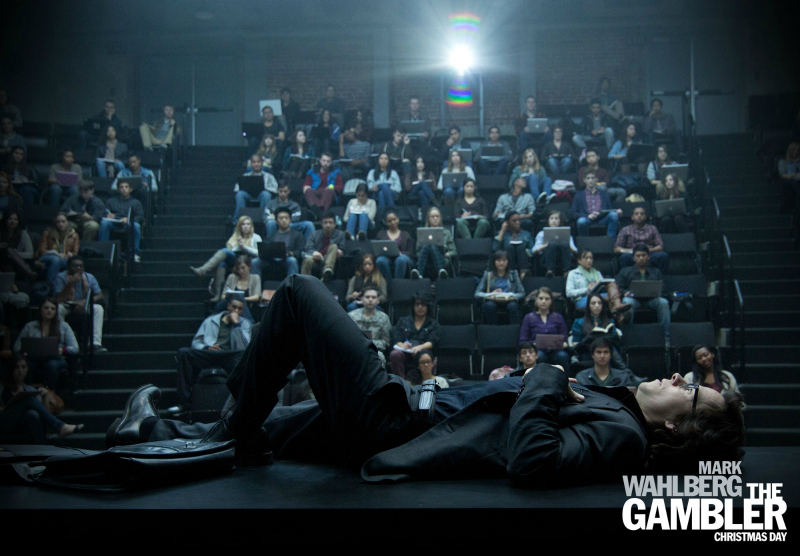 The Gambler is briskly-paced, and owes its high watchability factor to a sharp screenplay and the cast’s dynamite performances. Written by Oscar-winning screenwriter William Monahan, the script is tight and humourous, based on the 1974 film of the same name.

Wahlberg is a perfect fit for the protagonist’s dark and moody vibe, believably carrying the burdens of a depressed compulsive gambler. The fantastic Brie Larson hasn’t much to do as the female love interest, but she shines nonetheless as a brilliant and adventurous student in Bennett’s lit class. Always a treat to watch, the legendary John Goodman is simultaneously hilarious and intimidating as one of the gangsters owed thousands by Bennett. 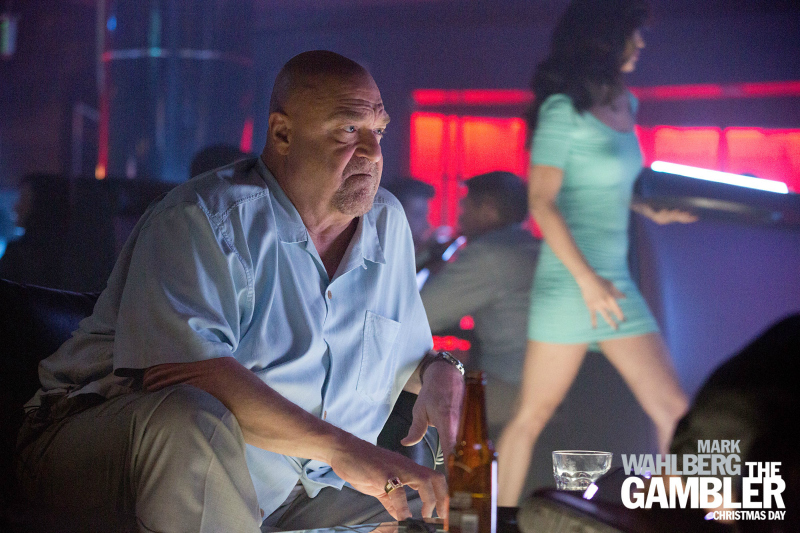 The dreamy warm hues of Los Angeles mixed with the gritty lairs of the loan sharks and gangsters make for a visually arresting film. Scored by Theo Green and Jon Brion, the soundscapes are complemented by selections from M83’s spectacular 2011 album Hurry Up, We’re Dreaming, which itself was inspired by the City of Angels.

For a Christmas Day crime drama that hits most of the right numbers, definitely give this one a spin.

I give The Gambler 4 Raindrops.