In keeping with this year’s tradition for long awaited sequels, Finding Dory has finally made it back to the big screen. But was the sequel to Pixar’s 2003 clown fish classic worth the wait?

What were you doing in 2003? Some of you who are reading this were probably just a bunch of young punks when Finding Nemo first swam onto screen, and some of us had less grey hair too.

But we were all transfixed on a clown fish named Marlin who swam to the deepest depths of the ocean to find his wayward son Nemo. The film was an instant classic, and now 13 years later director Andrew Stanton, who directed Finding Nemo alongside Wall-E, is back at the helm with Finding Dory. 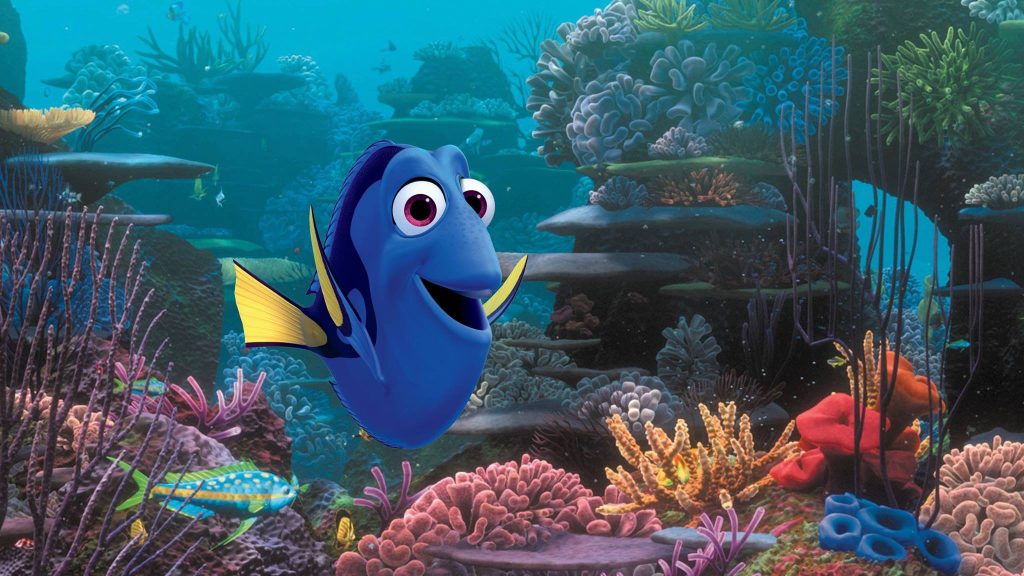 Alongside Stanton both Ellen DeGeneres and Albert Brooks returning to play Dory and Marlin respectively. We also have newcomer Hayden Rolence, who was cast as Nemo because the original voice, Alexander Gould, is 22 years old now. However, Gould did have a cameo in this film if you can find it. 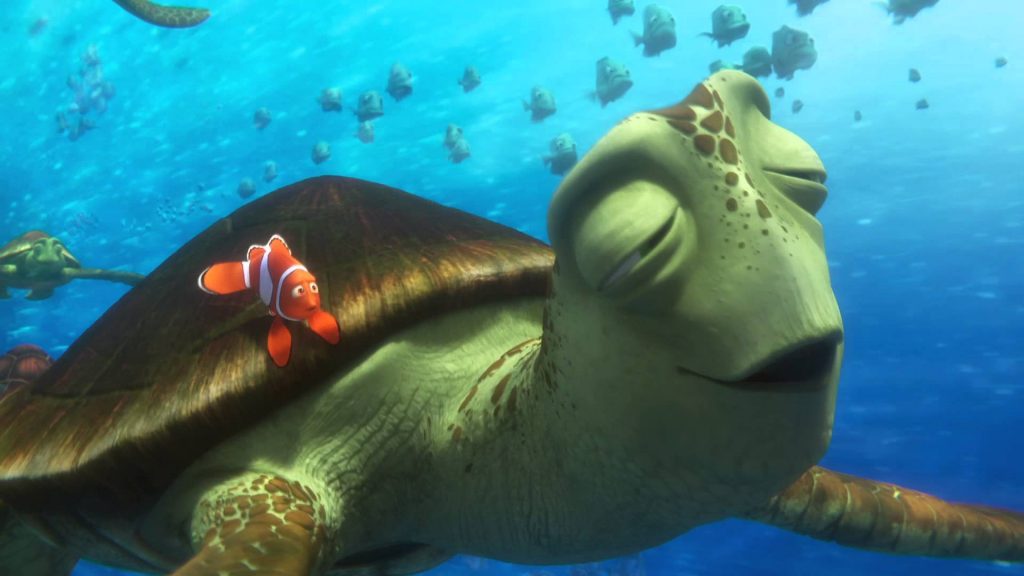 You also have a huge cast of new characters with the likes of of Ed O’Neill, Diane Keaton, Eugene Levy, and an amazing cameo with Sigourney Weaver appearing as Sigourney Weaver. Apparently you also can’t have an animated feature in 2016 without the voice of Idris Elba, who was not only in this film, but also in Zootopia and The Jungle Book as well. That’s a pretty good gig if you can get it. 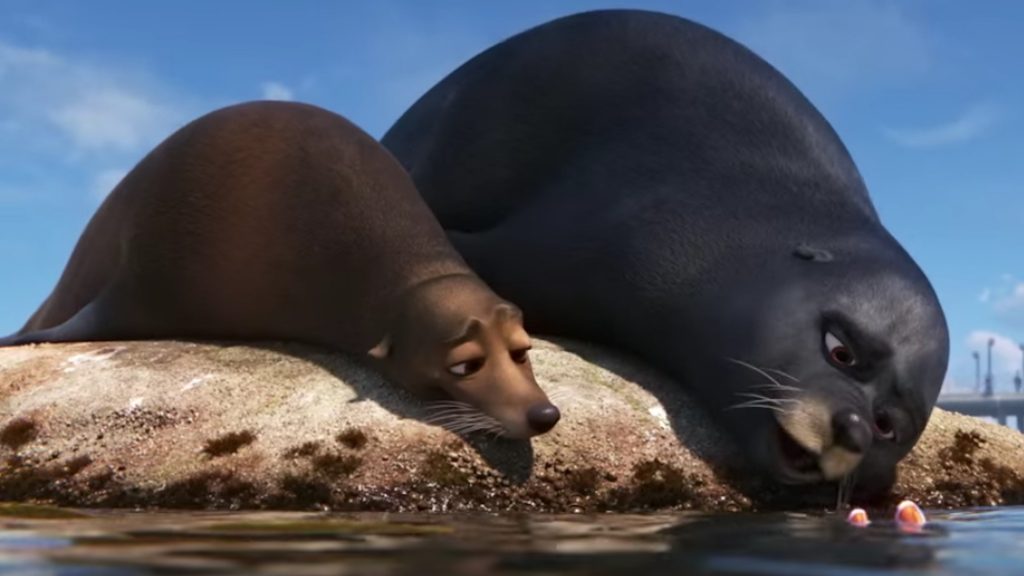 Finding Dory is both prequel and sequel to Finding Nemo, as we are introduced to a young Dory who loses her family and has to live in the ocean struggling to remember things, until years later she literally swims into Marlin and thus kickstarts that adventure we know so well.

Fast forward one year after Finding Nemo, and Dory starts to remember certain details of her past, like having a mother (Diane Keaton) and father (Eugene Levy) and possibly a name of a place where her family once lived.

Determined to find her parents, Dory convinces Marlin and Nemo to swim with her to the California coast, only to discover that her parents might be living in the Marine Life Institute, that has a “Rescue, Rehabilitation, Release” policy. Ultimately however it turns out to be both paradise and jail for fish as some don’t ever get released and others are sent to Cleveland (Another Aquarium). 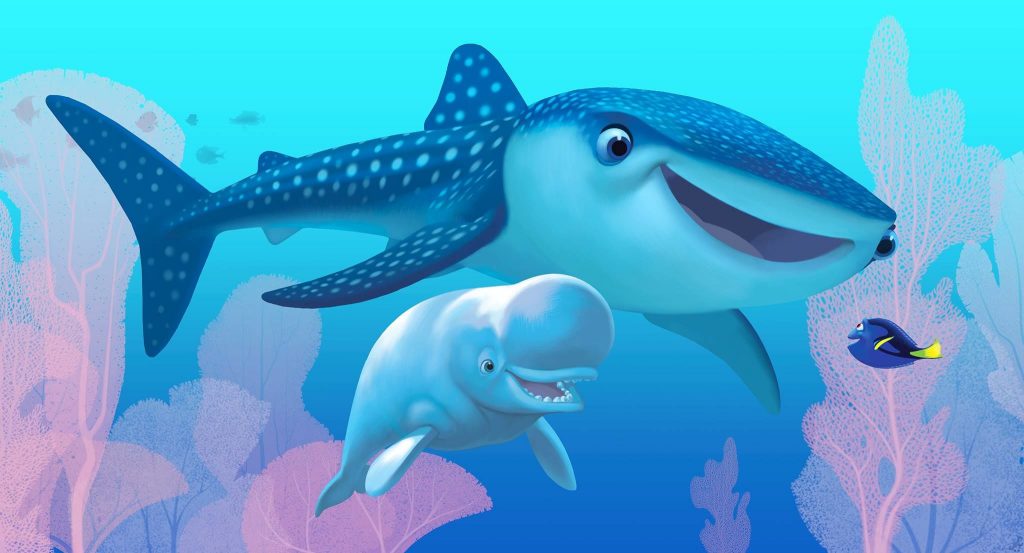 As they travel through drain pipes, get dumped in many different tanks and pools of water, they meet a few colorful characters like octopus Hank (Ed O’Neill), a beluga whale (Ty Burrell) with sonar issues, and a whale shark (Kailin Olson) who can’t swim. There’s also some great comedy served up from a duo of lazy but quarrelsome sea lions (played by Idris Elba and Dominic West).

The film is gorgeous to look at, and let’s face it; computer animation has come a long way since 2003. But this sequel still stays true to the original animated style, but beefs it up with modern tech muscle that makes it is an absolute pleasure to watch on the big screen. 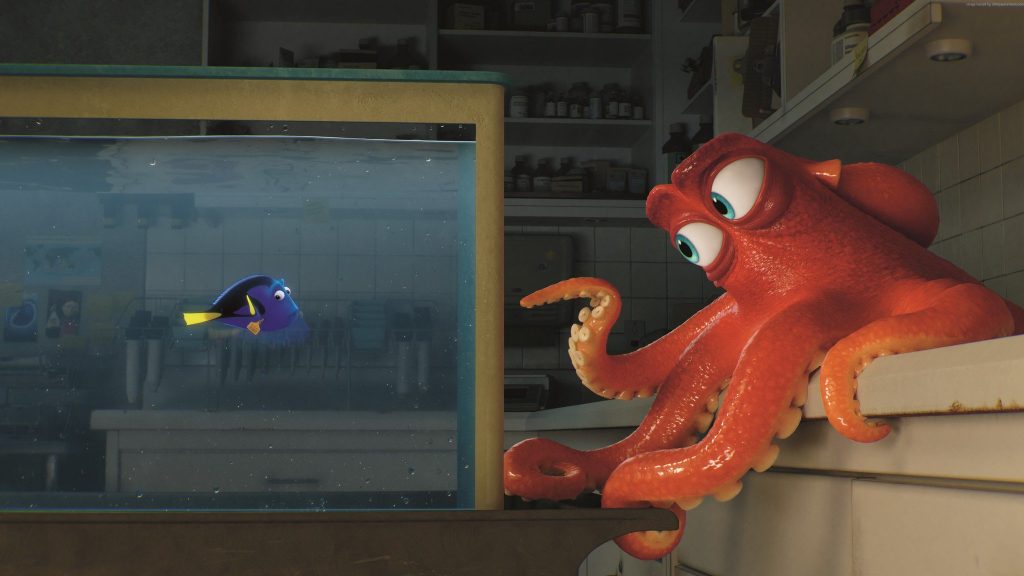 As if the main feature wasn’t enough, the studio raises the animation bar even more with a short that plays before the film called Piper, which in my opinion, goes down as one of their best. This newest deep sea adventure not only has heart, but contains some great moments of comedy mixed in with some tear jerking scenes where tragedy looms just around the reef.

Is the film as good as its predecessor? It never really gets to that level, but that’s mainly because Finding Nemo was a pleasant surprise in 2003, when everything was shiny and new.

Did we need a sequel? Probably not, and there was some trepidation on my end because it’s always a risk to do a sequel more than a decade later. But I’m happy to say that Finding Dory plunges into emotional depth and keeps on swimming in the spirit of the 2003 classic. It gives us waves of originality, new characters and reinforces the overall message of the importance of family. It also takes us down the moral tide of empowering someone and showing them that they too have special and unique abilities. 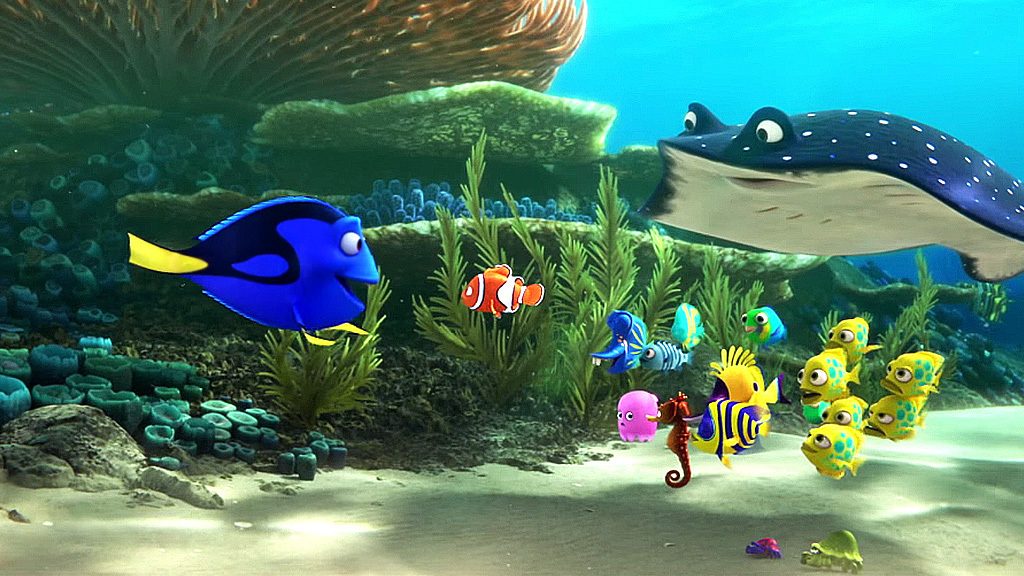 There are times where this films falls back on nostalgia of the original with some of the old jokes thrown in for good measure. Not everything works, and it’s not a perfect film by any means. But fans of the original will enjoy it and there is a lot of bright lights and action that will keep the little ones engaged for 97 minutes.

Take your family because there is something for everyone, and you’ll be glad you saw it on the big screen with or without 3D. Make sure to stay to the end of the credits as there is an extra fun scene tacked on.

Finding Dory gets a solid 4 out of 5 from me. Overall, it’s one of the best animated films of the year, although Disney’s Zootopia is right there too. Expect this one to be a whale at the summer box office.

Finding Dory is rated G and can now be seen at a theatre near you.