Everybody Wants Some is a joy ride of 80s nostalgia and testosterone fuelled “high-jinks.” Basically, it’s how some of your parents use to roll.

The film is being called a “spiritual sequel” to 1993’s cult hit Dazed and Confused. Whatever you want to call it, the film stands alone as another Richard Linklater classic. 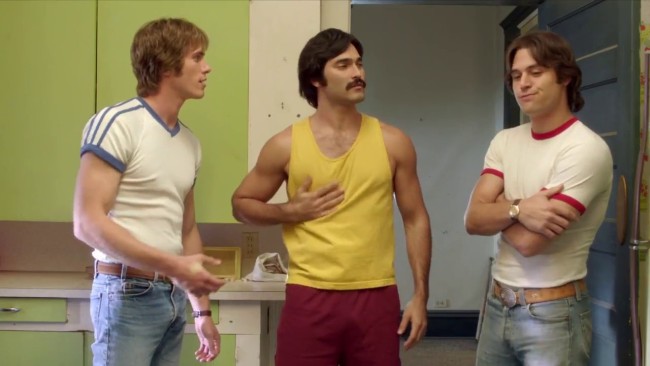 Like Dazed and Confused, this film stars a bunch of young actors that a lot of people probably haven’t heard of like: Will Brittain, Zoey Deutch, Ryan Guzman, Tyler Hoechlin, Blake Jenner, J. Quinton Johnson, Glen Powell, and Wyatt Russell, to name a few.

Everybody Wants Some (a title taken from a Van Halen song) is a “good time” comedy that is essentially about a bunch of college baseball players in 1980 Austin, Texas.

There really isn’t any grand message trying to be conveyed nor is there a complicated storyline; instead Linklater pulls us into the jock world that consists of sex, drugs and rock’n’roll. Some would say it’s “misogynistic,” but I call it the reality of the times. There is no time to start poking around with a politically correct stick here. 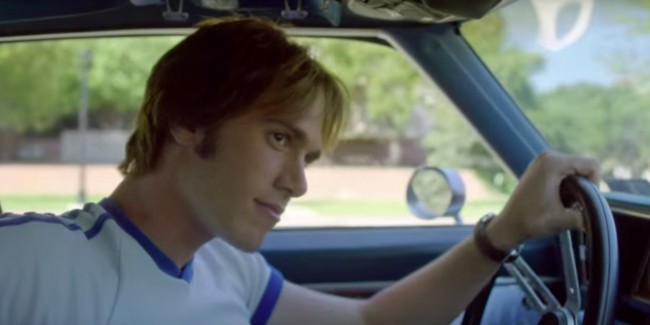 The story mostly focuses on a freshman named Jake (Blake Jenner) who is shown the college ropes by some of his new baseball teammates. Because they all live in the same off campus house, there is a sense of rivalry and one-upmanship that comes with jockular testosterone. But none of that ever gets in the way of the loyalty and comradery that this rag-tag crew show one another, as they try to hit home runs from one party to the next.

Jenner plays an affable and an easy-going lead. Tyler Hoechlin, who stars in MTV’s Teen Wolf, plays the alpha-male team-captain McReynolds, who is fantastic baseball player but a very poor loser. 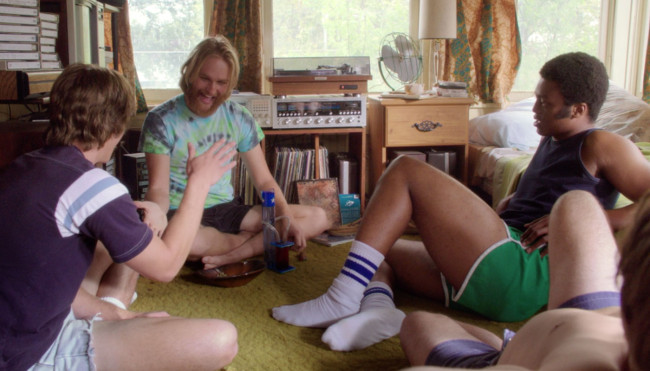 However, it’s Wyatt Russell (Kurt Russell’s son) who steals scenes as a California stoner who plays pitcher and collects Twilight Zone VHS tapes. Elsewhere Glenn Powell gives a Matthew McConaughey’esque performance as Finn, whose only interest is to pontificate, pick up chicks and play baseball, in no specific order. I also thought Zoey Deutch (who is the daughter of Lea Thompson) pulls off a very sweet performance as the smart theatre girl who Jake finds himself infatuated with.

These guys are having a blast before they have to start focusing on college lectures and catching fly balls. So as they sow their wild oats, they decide to cruise disco clubs, country-western dives, punk bars and a climatic theatre arts party. There is nothing they won’t do to find a good time. All of this is set to a pretty great soundtrack too. 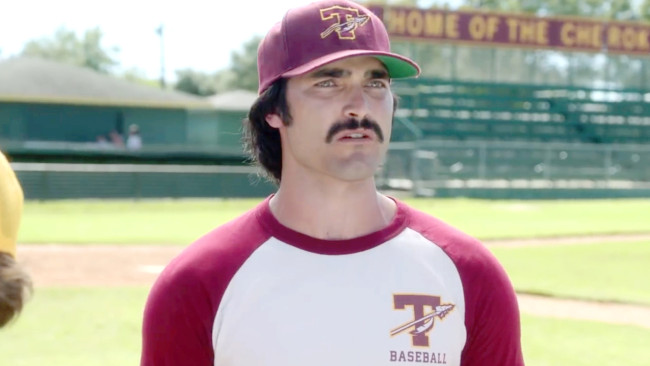 The real star of the film is the music and the details that Linklater and his production team put into this period piece. Everything from the wardrobe, to the set pieces are completely dialled in to the era. Like Dazed and Confused and even Boyhood, the rockin’ eighties soundtrack adds so much to the overall feeling and atmosphere of this film.

Whether you lived it up in the 80s, 90s or you’re one of those “millennials,” this film will bring bucket loads of nostalgia and fun, but it never hits you in the face with it. Linklater’s filmmaking seems so effortless and natural with none of it feeling forced.

The dialogue flows so nicely and a large part of that is the cast. If there is anything that this director has a knack for, it’s finding actors that bring so much life to a script. Because we haven’t seen a lot of these thespians before, it’s very easy to get sucked into this time period, because we’re not distracted by any “A” list actors or big time celebrity. Everything feels very authentic. 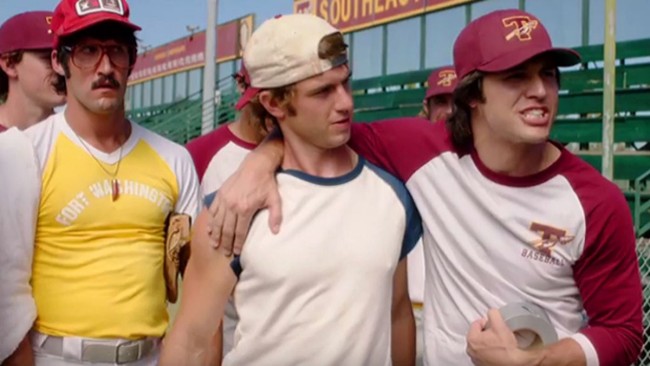 Like its 1993 predecessor, Everybody Wants Some will go down as another Linklater classic. It’s not really a sequel, but it’s a continuation of letting the good times roll.

Some of you will remember the good ol’ days and reminisce wondering where time has gone. Some of you younglings will look back at a period in time where there were no cell phones, personal computers and those fancy, fandangled machines we have now. All these people had was great music, good weed, and all round good vibes. It’s really what this film is all about at its core. Fun.

This is one of the best films of the year and will become an instant cult classic. I have no problems giving this one a solid 5 rain drops out of 5. Unfortunately, just like last week’s Midnight Special, Everybody Wants Some is in limited release, so you’ll only get to check it out at select theatres.

It’s rather interesting that two of the best films of 2016 so far are only playing at one or two theatres.

This film is rated R, opens on Friday April 8, and is on limited release at International Village Cinema.