Glitz, glamour and Ari Gold is what makes the movie Entourage fun. Sure it’s not Shakespeare nor will it win any awards or be a critics top choice, but if you loved the HBO series, you’ll enjoy the film.

The movie was made for the fans of the show, although the guy who was sitting beside me in the theatre had won tickets to the screening and had never watched a single episode. That said, he enjoyed it for what it was.

So what was it? The movie is essentially a pimped-out version of the TV show, which is focused on Hollywood actor Vince Chase (Adrian Grenier) and his crew from Queens. You have Eric “E” Murphy (Kevin Connolly), Vince’s manager; Drama (Kevin Dillon), a struggling actor and Vince’s brother; and Turtle (Jerry Ferrara), his driver and now tequila mogul. Yet the man behind the man is Ari Gold (Jeremy Piven), Vince’s longtime agent and now the head of his own studio. 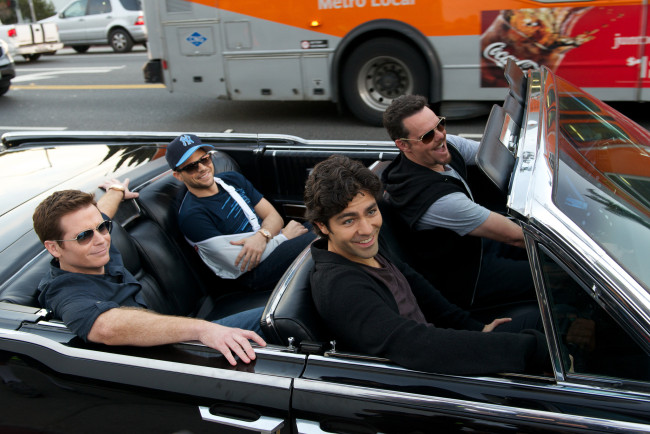 So here is the lowdown without giving too much away. Vince decides that he wants to do something meaningful with his life so he decides to direct a big-budget $100-million film, which is essentially a modern day version of Jekyll-and-Hyde tale called “Hyde.” To be honest it looked God awful. Something about a DJ who sprays crazy pills into the air and then transforms. I have no idea.

Ari Gold, who is the studio head, has found himself in a sticky situation because Vince is way over budget and needs more money, and that doesn’t make the executives at the top happy with Ari.

The oil tycoons who run the studio are a pair of Texas father and son bumpkins called the McCredles. Larsen McCredle (Billy Bob Thornton) decides to send his son Travis McCredle (Haley Joel Osment) to Hollywood to find out what the hell is going on with the epic film and whether or not more money is needed, or if the film should be laid out to pasture. 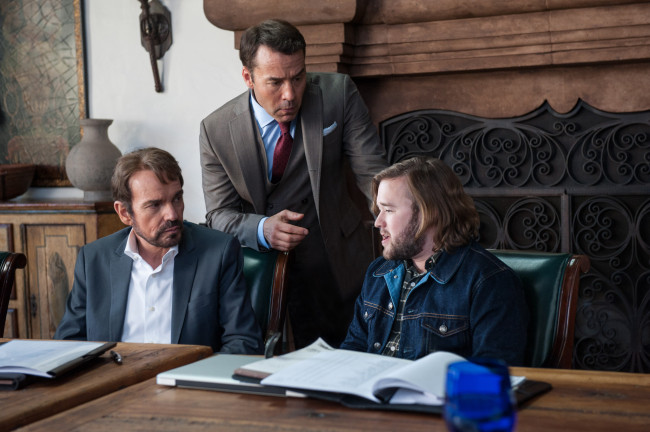 Some of the plot is focused on whether or not Vince’s film will bomb or if he gets the money he needs to help it survive. What ends up happening is Vince’s loyalty gets tested and he has to make a choice: does he choose family or film?

Meanwhile Turtle, who has lost a ton of weight, finds himself spending time with UFC Women’s Champ Ronda Rousey. However, a misunderstanding gets him in hot water with the MMA superstar and he finds himself trapped inside of a cage with her. As attractive and as dominant of a fighter Rousey is, she can’t act her way out of wet paper bag even when playing herself. 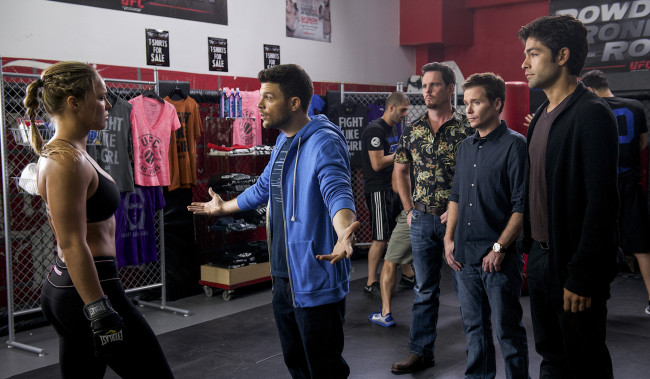 Eric is going to be a dad as his ex, Sloan (Emmanuelle Chriqui), is having their baby. They are no longer together but E still wants that stable connection and is confused. Does he go back to baby mamma or have crazy sex with models? Hmmm…tough one.

Than there is Johnny Drama who goes through another identity crisis. Is he a good actor or is he a bad one? What ends up happening is pretty remarkable.

I’m not going to say that this is a great film. If you have watched all eight seasons of the HBO series, there is nothing new in this film besides some of the story lines at the end of the season do somewhat get resolved; but new story lines are opened up and pretty much left unresolved.

There is supposed to be another two Entourage films coming out to make a trilogy. The movie is essentially a 104-minute episode. That’s not necessarily a bad thing because ultimately if you are fan that’s all you want; more Vinnie Chase, more Ari Gold, more boobs, more excess and more fantasy. We would all love to live that life and maybe that’s what the draw is to the film. 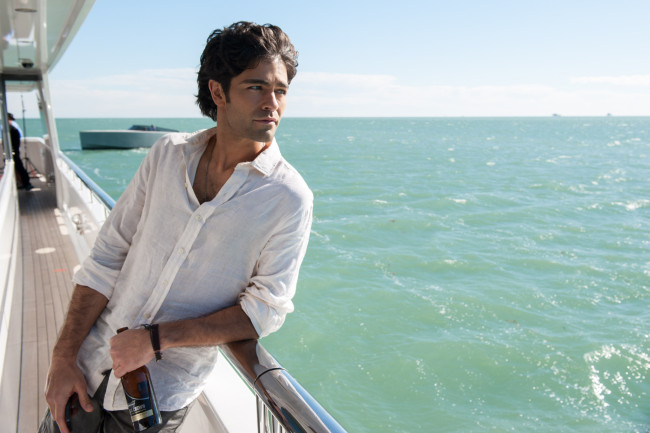 The problem you have with TV shows getting a big screen treatment, is going too big. Sometimes less is more. Some characters are blown up when really they were much better in smaller doses. Those characters become overextended and lose their appeal.

I don’t think that was the case in the film but director and writer Doug Ellin decided that he was going to go big with the star cameos and boobs. Somewhere between the cameos and boobs was a story.

At times it was also a giant commercial for name brands. I get the idea behind product placement, but Entourage takes that up another level. Even Mark Wahlberg gets two minutes of screen time where he promotes Ted 2 and his reality show Wahlburgers. It was shameless. 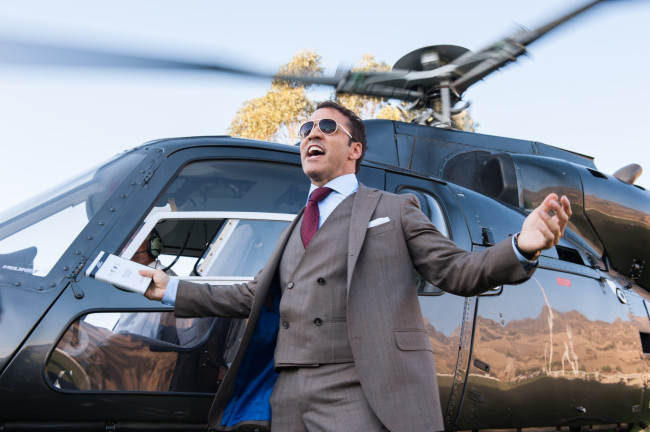 Overall the acting was good. I found there were times that it felt forced. Jeremy Piven as Ari Gold will go down as one of the greatest characters on television and he shines in this film. In fact, I will say that he saved it in a lot of ways. Without Ari, the boys from Queens would be a bore.

There was a crisis with many sub-crises that had low stakes but if you like the world of easy opulence, fast cars, flashy award shows, top-shelf booze and boobs, than you’ll be sucked right in.

The film was fun. I’m sure there will be people who will love it and there will also be the detractors. I can’t give it anymore than three out of five raindrops. It’s not nearly the best film of the year, but you know what you’re getting when you buy the ticket. It’s a chance to stare at a fantasy life.

Should you rush out to see Entourage in theatre? If you are fan of the show, sure it’s a fun night out. Ultimately it’s probably best to wait to rent it at home but I will leave that entirely up to you.