Big budget films don’t get any better than Dunkirk.

Dubbed ‘Operation Dynamo’, the true saga unfolded in Dunkirk, France during the early days of the war over several weeks beginning in May of 1940.

Allied soldiers were surrounded on the beaches, and essentially pinned down, by invading German troops. The British were so desperate for support the Navy even enlisted civilian boats to help in the rescue effort.

War movies are nothing new in Hollywood, but the veteran director has managed to inject the genre with a newfound sense of elegance and reverence; this is also a relentless film that delivers white-knuckle tension from start to finish.

Nolan loves to tinker with time and Dunkirk is no exception. The film’s narrative structure eschews conventional chronology in favour of three different storylines that play out in varying lengths. In effect, this makes the movie a masterclass in editing.

The ‘land’ sequence (referred to here as ‘the mole’ – which was actually a breakwater wall extending from the beach) takes place throughout one week and features a young British private (newcomer Fionn Whitehead) who escapes an ambush in the streets, only to endure a seemingly endless string of attacks.

The ‘sea’ portion focuses on a small boat rescue orchestrated by a mariner (Mark Rylance) and two young boys who find a shell-shocked solider (Cillian Murphy). This portion of the story unfolds in a single day. 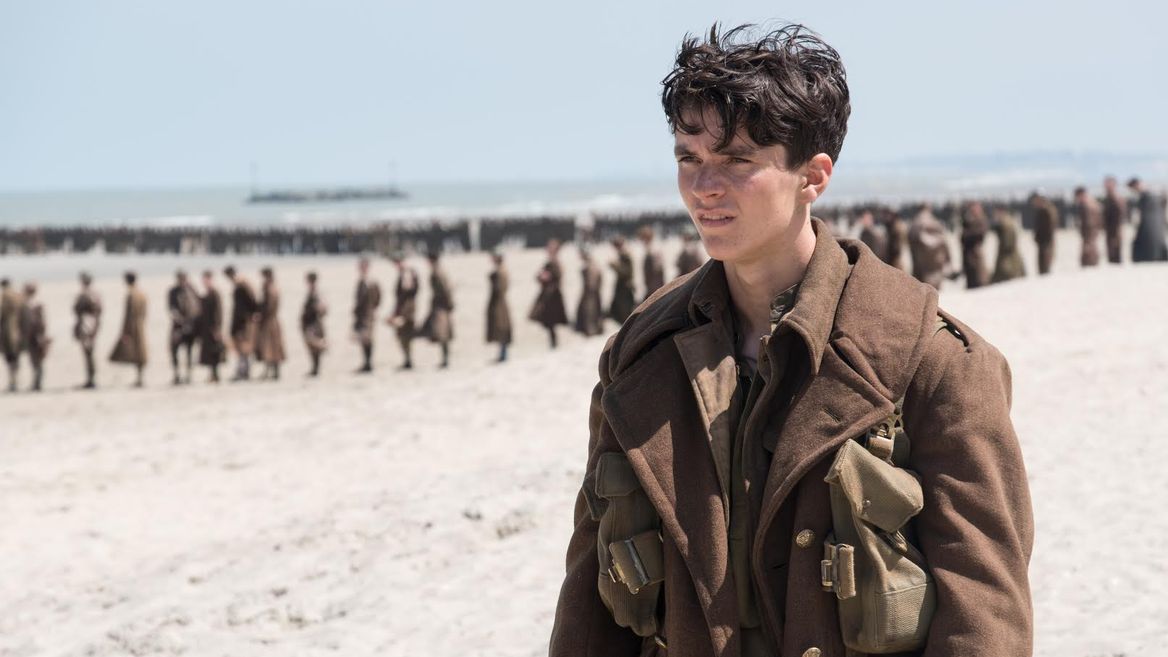 Finally – and most thrillingly executed – the ‘air’ section happens over the course of one hour and centres on two Royal Air force Spitfire pilots (Tom Hardy and Jack Lowden) pursuing a German bomber. These scenes boast some of the movie’s most effective action and are simply jaw-dropping.

Even though they exist in various timeframes, the three distinct stories eventually merge in a stunning display of synchronicity that make a second viewing essential just to see how Nolan pulled off such an impressive feat in mathematical storytelling.

Visually, Hoyte Van Hoytema’s cinematography is absolutely staggering and should be experienced in all its glory on an IMAX screen. The movie’s spectacular images glide effortlessly between epic aerial sequences, claustrophobic battle scenes, and intense closeups.

One of the truly incredible aspects of the film is the lack of blood and gore. Dunkirk is rated PG – priming it for a wider box office audience – and, although it depicts gritty violence, the movie never comes anywhere close to the graphic imagery seen in films like Full Metal Jacket, Saving Private Ryan, or Hacksaw Ridge. But don’t be fooled, Dunkirk doesn’t need severed limbs or disemboweled bodies to gets the point across; this is the true testament to the sheer craft of Nolan and his team.

And this brings us to Han Zimmer’s pulse-pounding score. The movie’s music plays out like an actual character, lurking around dark corners, ratcheting up the tension, stalking at every turn, and finally assaulting the viewer. Zimmer intersperses the actual sound of a ticking clock in many frantic sections, making the pressure all the more palpable. 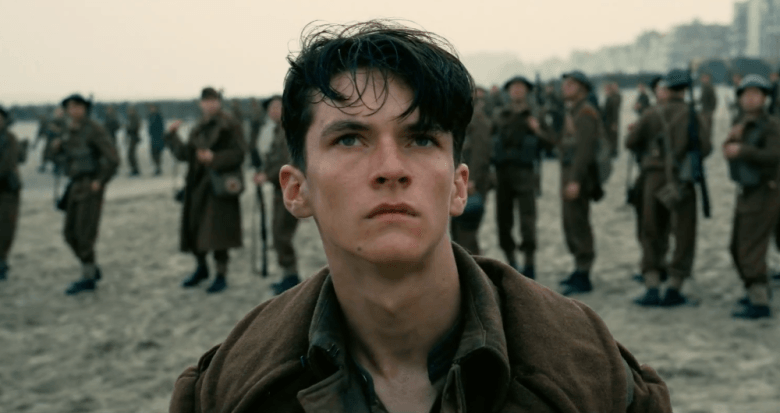 With so much going on in the visual and musical departments there is very little room for dialogue. The film’s script (reportedly at 76-pages), written by the director as well, is relatively short and never bogged down by needless exposition. In addition, a runtime of 107 minutes (Nolan’s shortest feature since his 1998 debut, Following) ensures the flick doesn’t ever have a chance to slow down.

In short, the film is not only Christopher Nolan’s finest cinematic achievement yet, but it also ranks among the best war movies ever made.

Dunkirk is a flat-out masterpiece that demands to be seen twice on the biggest screen possible and deserves a resounding 5 out of 5 pieces of popcorn.

Playing at a theatre near you. Rated PG and is 107 minutes long.