Everyone’s favourite Vancouver stoner Seth Rogen is back to reclaim his title as king of the spring/summer comedy in NIck Stoller’s Neighbours.

The films starts out with novice parents Mac and Kelly Radner getting used to their new house, neighbourhood and coming to terms that they are not young socialites anymore. The allure of having free choice and living without limits starts to become more desirable until (wait for it) a frat house that includes Teddy Sanders (Zac Efron) Pete (Dave Franco) Scoonie (Christopher Mintz Plasse) and Garf (Jerrod Carmichael) move in next door and make their lives a living hell! 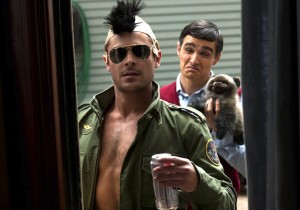 Zac Efron stands out in this film and is quickly becoming a house hold name in coming of age comedies. With “That Awkward Moment” under his belt, Zac Efron does in this movie what Channing Tatum did in 21 Jump Street. He surprised me. He’s starting to take a new direction with his career and slowly stepping out of his High School Musical shadow.

His performance isn’t one note either which could of been an easy thing to do given the archetype of frat leader Teddy, but instead Zac gives a hilarious and weirdly honest approach to his character.  Zac stands his own against Seth Rogen, matching him joke for joke and never seeming out of place with the amount of young comedic talent that supports him. Zac holds his own and is apart of the films more memorable moments. *The debate over who was the better Batman, Michael Keaton or Christian Bale was one of my favourites* 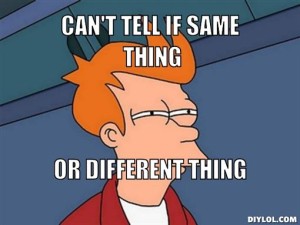 As much as I laughed at Neighbors, the film doesn’t really reinvent the genre in anyway. It still uses the same set ups and plot devices previous frat movies have done before. Using boy centric, gross out humour in order to keep young crowds entertained. So if your not into drugs, penis jokes or seeing a naked Seth Rogen having sex, then this film won’t be for you.

Seth and his producing partner Evan Goldberg produced this film as well so you have to walk into this knowing what type of film your getting yourself into. Seth and Evan have written and produced some of our best young-adult comedies (Superbad, Pineapple Express, This is The End) and have built a career on the type of humour they thought was funny when they were teenagers. They continue to carry out that same thought process through this film so watch out mature movie goers, you have been warned.

This film earns its R-rating with some very raunchy jokes and over the top subject manner but one of the details that stayed with me was how layered the film was. Neighbors does a great job of balancing its hardcore humour with honest moments about becoming a young adult and the acceptance of being responsible for a child.

With a great track record in making well-balanced comedies that include Forgetting Sarah Marshall, Get Him To The Greek and the cult TV series Undeclared, Nick Stoller is quickly becoming one of my favourite comedy directors around. Neighbors will make you laugh, no doubt about it. If you a fan of Rogen, Stoller or any type of Apatow humour then walk in proud, you have already won.

Guest Post by Kevin Parr. Kevin is a producer’s assistant and a bartender. He’s also a film & pop-culture junkie and you can find him on Twitter @Kevinparr629.