By now, nearly every beloved franchise has been rebooted or remade or needlessly sequelized. We’ve seen this fail before too many times to count, and perhaps it was just a matter of time before the Italian Stallion had his day as cinema’s sacrificial lamb. Rocky is so treasured in our social consciousness that it’s kind of sad to picture it being continued on past its prime with some new fresh faces at the forefront. On first thought the idea of Creed seems like just another half-baked attempt at keeping an aging series relevant. Instead, the film is a knockout piece of entertainment that boasts both style and substance in spades.

Creed successfully introduces us to Adonis Creed (the charismatic Michael B. Jordan) while bringing out some old ghosts for another round. The legend of Apollo Creed hangs over every scene in the film, but it’s Rocky Balboa who lands the hardest hit. As an introduction to a “new generation” of boxing hero, Creed is a finely crafted crowd pleaser. But as a (potential) bookend to the Rocky saga, the movie soars, stings, and more than leaves its mark. 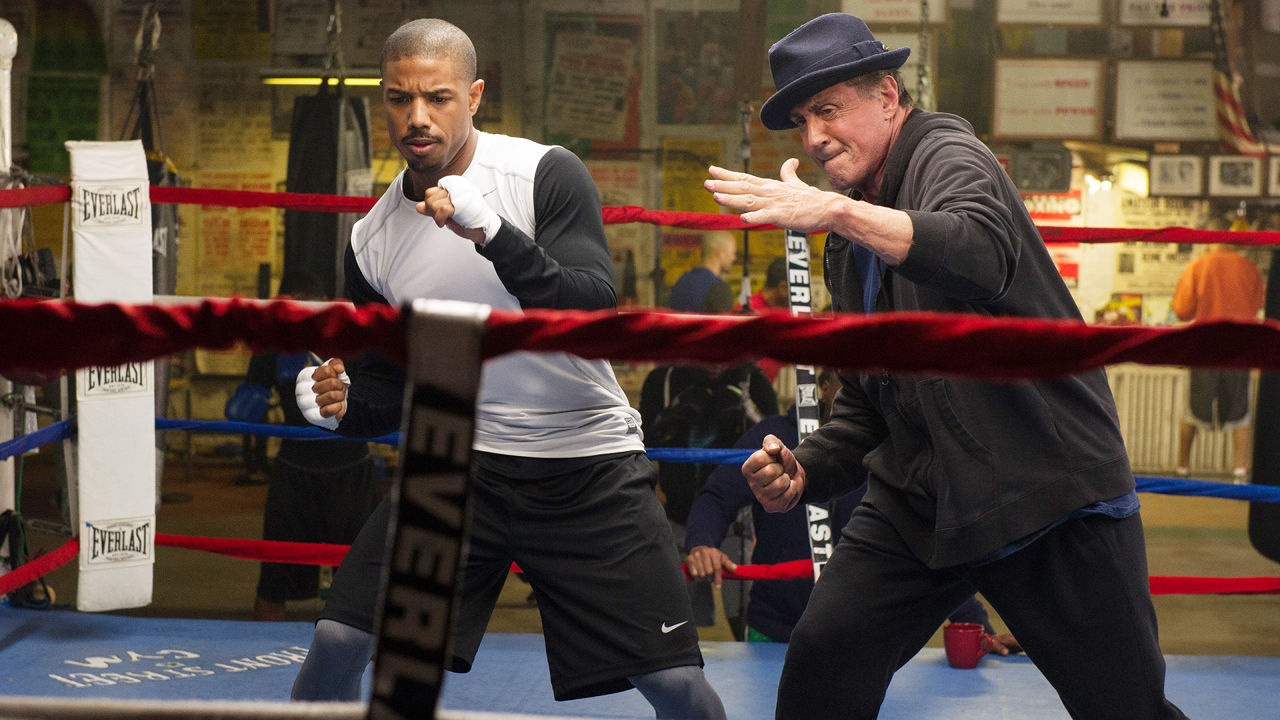 Director Ryan Coogler previously led Jordan to acclaim with Fruitvale Station, and the familiarity in their working relationship is apparent on screen. While Creed always looks on the brighter side and skirts anything resembling true darkness, Jordan’s complete understanding of the titular pugilist allows his body language to speak volumes of the life his character has lived.

Coogler turned a lot of heads with Fruitvale and the filmmaker lives up to the promise here. The cinematography of every fight sequence is marvelously executed; you float (like a butterfly) inside the ring with Adonis and his opponents and the effect is at times breathtaking. 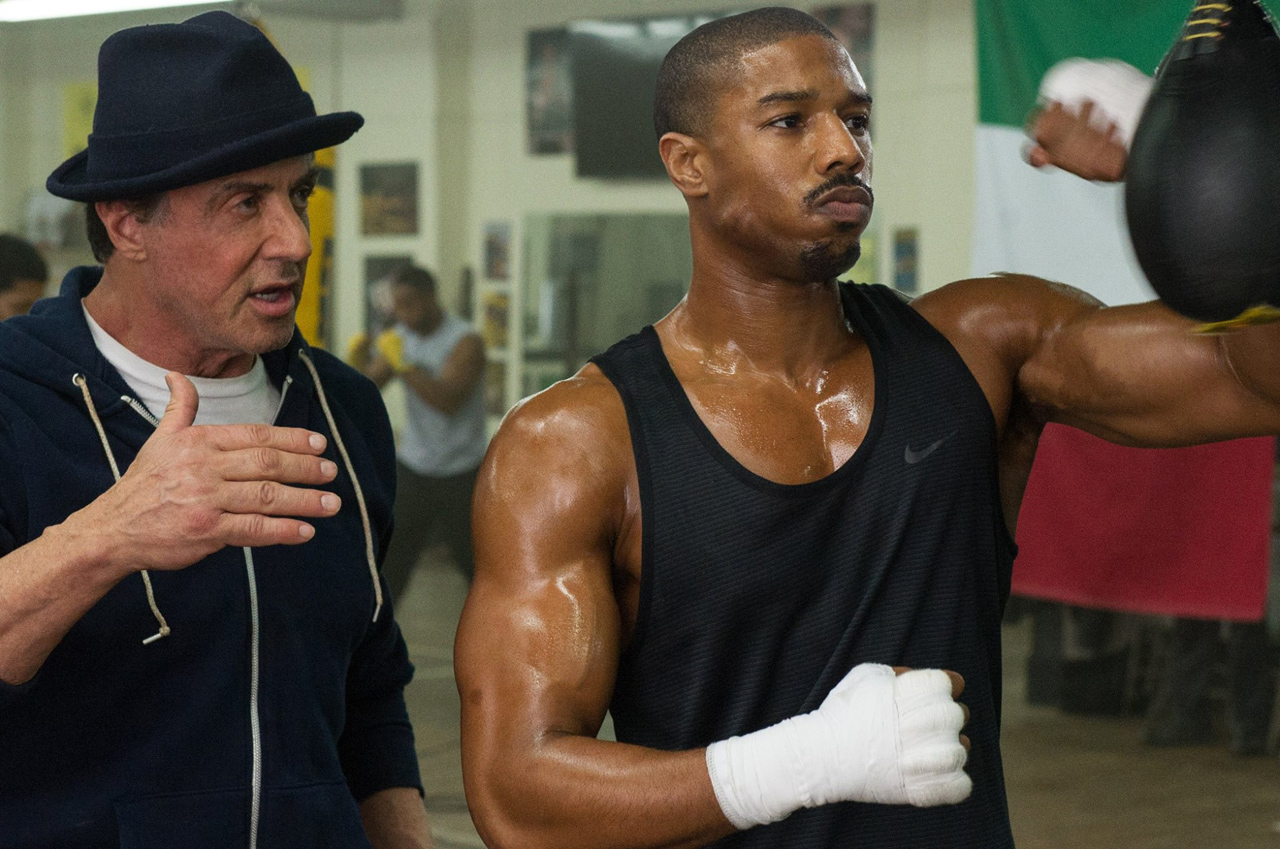 As good as Jordan is in this movie, Creed knocks you the hell out courtesy of a near-perfect performance by Sylvester Stallone. When we last caught up with Rocky Balboa in Rocky Balboa nine years ago, he was coming to terms with his aging (and failing) body. For someone so beloved by every person in his city, the Rocky we first meet here is a lonely man. His career, his best friend, and the love of his life are all gone. “And I’m still here,” he painfully admits. He’s a sad, tired man marginally reinvigorated in life after Adonis arrives and refuses to leave. Jordan and Stallone have an instantly endearing chemistry.

There is one moment in the film that knocked the wind out of me like a blow to the ribs. In it, Stallone is vulnerable and honest as he’s ever been when Rocky admits some hard truths he’s come to accept about life. It’s emotionally brutal, and doesn’t pack a false punch. The Oscar-nominated actor/writer could very well find himself in awards season consideration for the first time since 1976. He might have spent years being a Hollywood punchline and slumming it up in crud, but the bell hasn’t yet rung on Stallone’s time in the ring. After seven films and a lifetime spent in Rocky Balboa’s skin, this just might be Stallone’s finest hour. It’s a truly great performance. 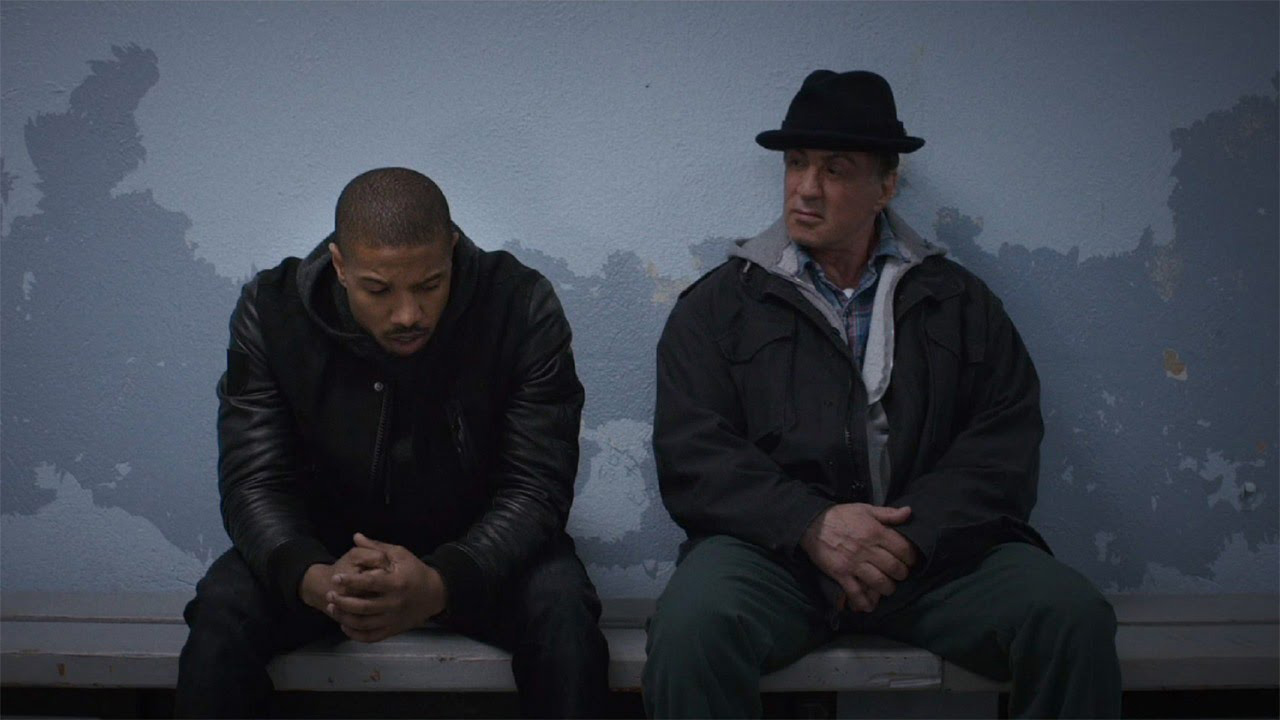 At one point in the film, a decision is made that some could consider controversial-ish. It’s a bold character moment and sets the film up to make a grand final statement about life in the squared circle. However, this decision is quickly reversed to make way for a more conventionally crowd-pleasing final act. Part of me really wanted the movie to hit me with a right hook of devastation, and part of me wanted that sappy, uplifting Hollywood happy ending. But what we get is what we get, and it’s satisfying in its own pure way. For all its clichés, Creed is still effective right up until its bittersweet finale.

Creed serves in part as an opportunity for audiences to reflect on a cinematic life with an iconic character. While Adonis is the protagonist, it’s Rocky who has the most dynamic arch. As a result, Adonis’ ups and downs on his path to self-discovery seem rather light in comparison. He’s given a love interest with a neighbor (Tessa Thompson) but it’s a rather run-of-the-mill “romantic subplot”. The relationship contributes to some bloat where there could have been some fat trimmed off. But, the duo has a potent spark that maintains the less fulfilling moments. 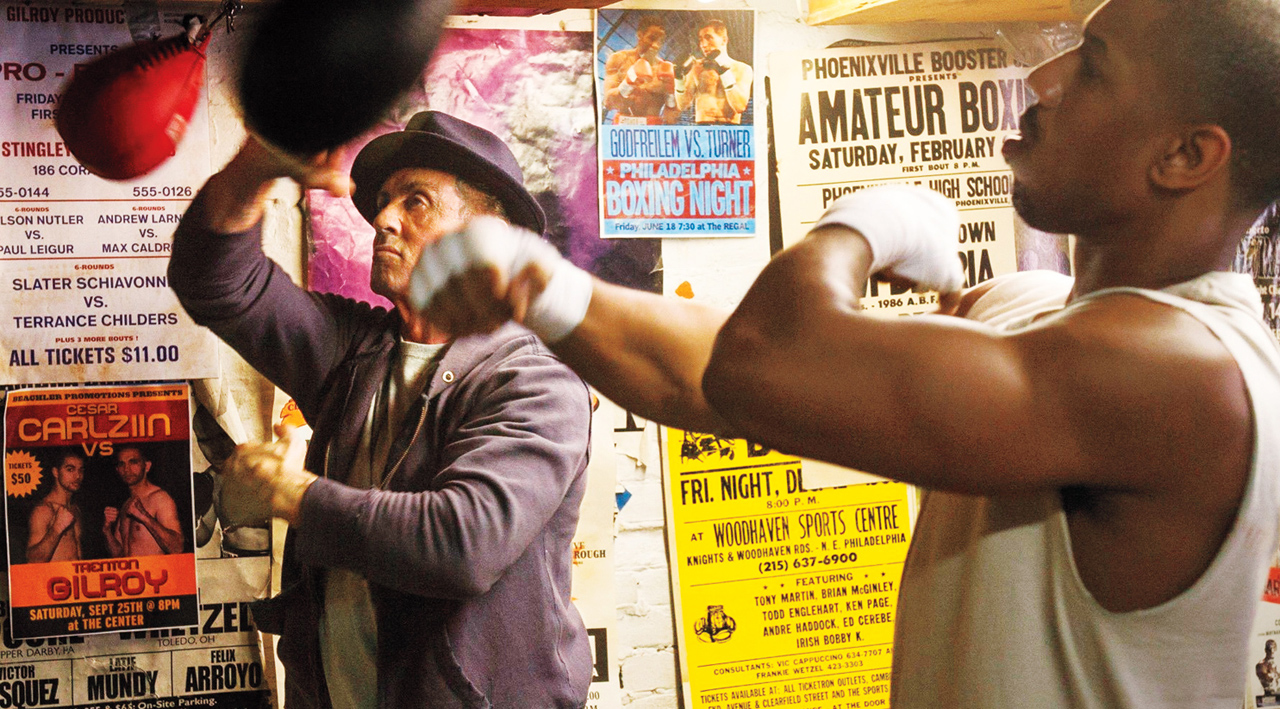 It’s hard to be cynical about the film’s more conventional storytelling moments, mainly because Adonis and Rocky are such likable characters. They create a sincere bond and the words Rocky says in Adonis’ corner during the climactic fight have real weight behind them. As much as I would enjoy some daring narrative choices in franchise entertainment, it’s sort of hard to deny the inspirational effect Creed ultimately leaves you with.

There are enough missed opportunities to hold Creed back from being great, but it’s still a commendable accomplishment in that a pseudo-“Rocky 7” has turned out to be really, really good. Like the champ himself, Stallone and co. have fought against the odds to deliver on a satisfyingly triumphant level.

Three and a half left hooks out of five!