A powerhouse performance by Will Smith and an intriguing true story combine for an Oscar-buzz worthy Concussion.

Iron Mike Webster (David Morse) went from delivering big blocks and huge hits in the NFL to battling dementia and living alone in his pickup truck. After his tragic death, Webster ends up in Omalu’s morgue where his brain is discovered to be riddled with killer proteins. “Like pouring wet concrete down kitchen pipes,” describes the doctor. 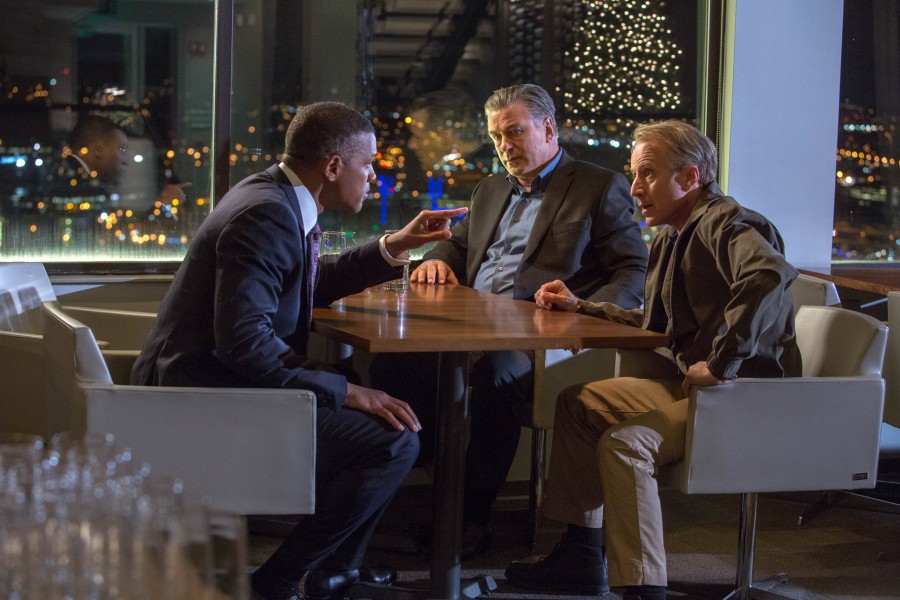 Omalu soon discovers CTE in more deceased players and publishes the findings in the Neurosurgery journal, which is bad news for the NFL. The league quickly moves to discredit the findings, labelling Omalu a “quack” and calling for a retraction. The film hints at other NFL treachery, including an FBI investigation of Omalu’s boss and mentor Cyril Wecht (Albert Brooks), and a mysterious sedan that follows his pregnant wife Prema Mutiso (Gugu Mbatha-Raw).

But it wouldn’t be a Hollywood whistleblower story unless the underdog gets the upper hand. With the help of former Steeler doctor Julian Bailes (Alec Baldwin) and with the unwavering support of Mutiso, Omalu fights to get his research acknowledged by players and the NFL. Yes, there is a tear-jerking speech that is sure to catch the eye of Oscar jury members. 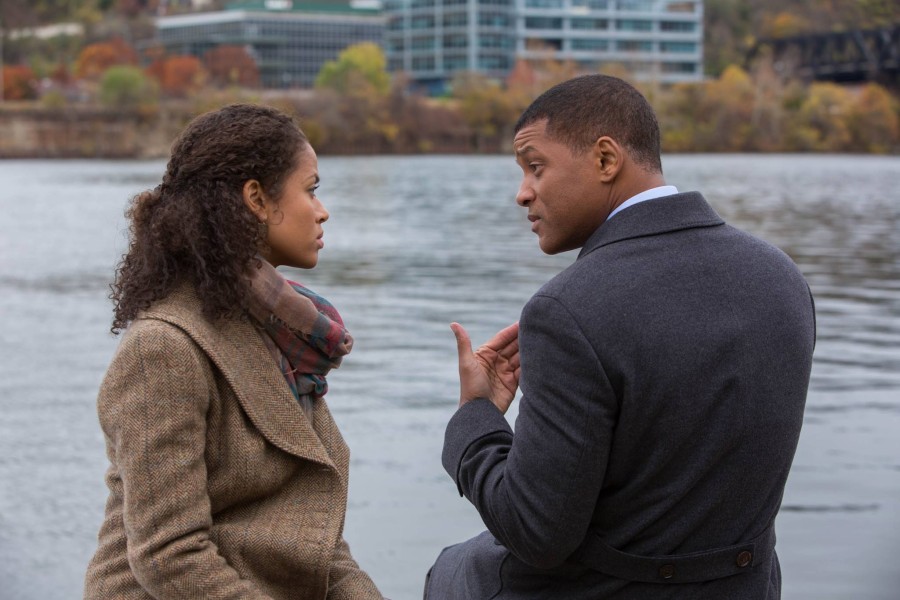 Based on Jeanne Marie Laskas’ 2009 GQ article “Game Brain,” Concussion is a timely film; we live in an era where head injuries in sports are heavily (and rightfully) scrutinized. It’s tough to watch the archival footage in the film. Helmet on helmet hits, neck-breaking falls – NFL stadiums are truly battlefields.

Smith is excellent as Omalu, sinking into the Nigerian’s accent, mannerisms, and controlled rage. The supporting cast is great as well, with Brooks and Baldwin delivering words of wisdom to Omalu on his journey for redemption and recognition.

Unfortunately there isn’t as much for Mbatha-Raw to do; Mutiso is established as a trained nurse, but her screen time is relegated to being a cheerleader. Some dramatized moments in the film try to build sympathy for characters, but tended to drag the energy instead.

Even with it’s flaws, the film succeeds by telling an important story with great performances. I give Concussion 4 out of 5 raindrops.