With live adaptations of Disney animated classics all the rage, Kenneth Branagh’s Cinderella is the best of the bunch. Full of magic, charm and wonder, the classic tale of a kind country girl turned Princess is the perfect family film for a rainy spring day.

The story of Cinderella can be traced back to early Egypt, China, France, Germany and many other countries from around the world. The most well-known versions were Cendrillon written by Charles Perrault, and Aschenputtel by the Brothers Grimm.

However, it’s the 1950 Disney animated classic that has been passed down for generations and has become a staple in most households. 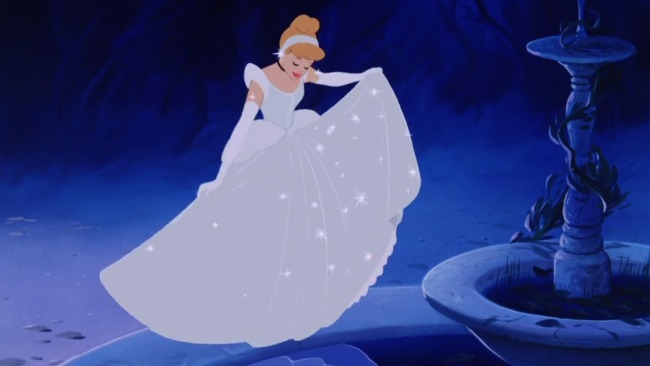 Upon hearing that there was a live adaptation coming out, I was a tad skeptical but my seven-year-old daughter was ready to be my “lil reviewer.” There was no way she was going to miss this.

Disney classics like 101 Dalmatians, Sleeping Beauty and Snow White all got live action remakes that sort of fell flat, except maybe for Alice in Wonderland. That said, none of those films really captured the true heart or essence of Walt Disney’s originals.

Kenneth Branagh was the perfect choice as director. He took the original and didn’t change a thing. There was no re-telling of the story and no change of plot, characters or scenery. Instead it was well paced, gorgeous to look at, and still had all the magic intact.

In case you don’t know, the story of Cinderella follows the fortunes of young Ella, played by Lily James of Downton Abbey, whose merchant father remarries following the tragic death of her mother. 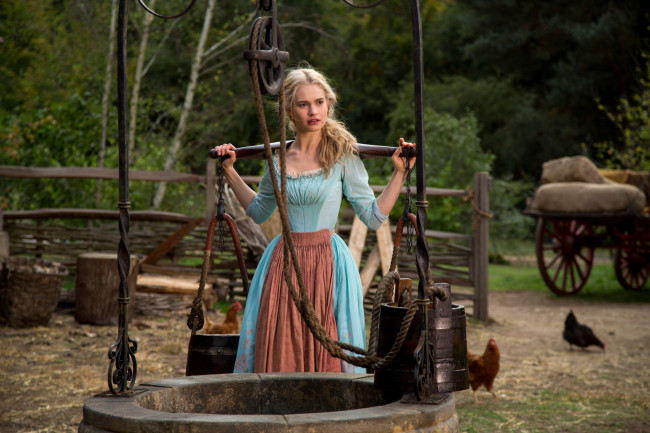 Lady Tremaine, played by the lovely Cate Blanchette, becomes Ella’s new stepmother and in tow came two step sisters Anastasia and Drizella. But when Ella’s father unexpectedly passes away, she finds herself at the mercy of a jealous and cruel new family.

Ella becomes nothing more than a servant girl covered in ashes and is cruelly renamed Cinderella. Despite all the abuse that is thrown at her, Ella doesn’t lose hope and lives by her late mother’s dying words “have courage and be kind.”

One day she meets a dashing stranger in the woods named Kit, played by Richard Madden of Game of Thrones. Unaware that the the handsome stranger is a Prince, Ella feels she has met a kindred soul and the Prince spends many days trying to find the mysterious lady who stirred his soul. 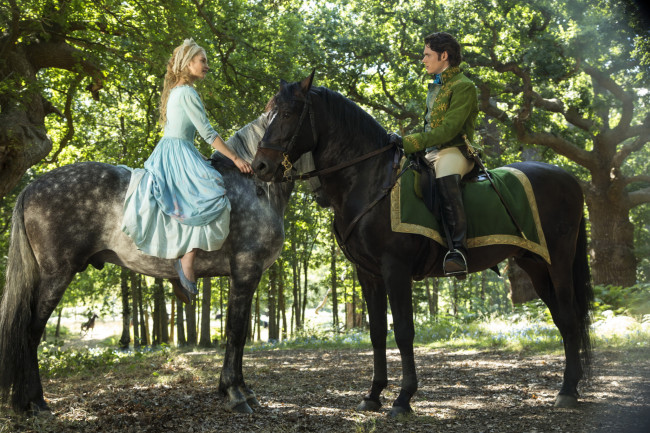 I could go but I think we all know the story. What we end up having is a Fairy God Mother (Helena Bonham Carter), a pumpkin, mice, glass slippers, a royal ball and the search for true love. It’s a story of redemption and forgiveness.

The acting is solid with each character being perfectly cast. Branagh loves his classical theater actors with the likes of Derek Jacobi who plays The King, Ben Chaplin who plays Ella’s father and even Stellan Skarsgård has a small role as the Grand Duke.

There is nice use of CGI, which doesn’t over power the film but only adds to the magic. The very subtle effects work for the mice with even Gus Gus in all his fat mouse glory. The set design and costumes are fantastic and you wonder if The Academy will remember that come Oscar time next year. 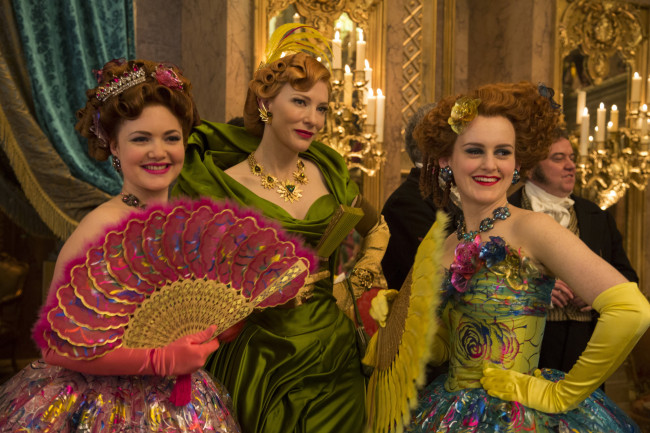 Cate Blanchette does a marvelous job as the evil stepmother and takes what was a pretty one dimensional character in the original animated film, and brings a more tragic touch to the opportunistic old hag.

You barely recognize Richard Madden who most of us only know as Robb Stark. In this film he is clean shaven, has big blue eyes and  perfect white teeth. He’s charming, handsome and everything you want in a Disney prince. It’s nice to see him in a wedding of the non red variety. 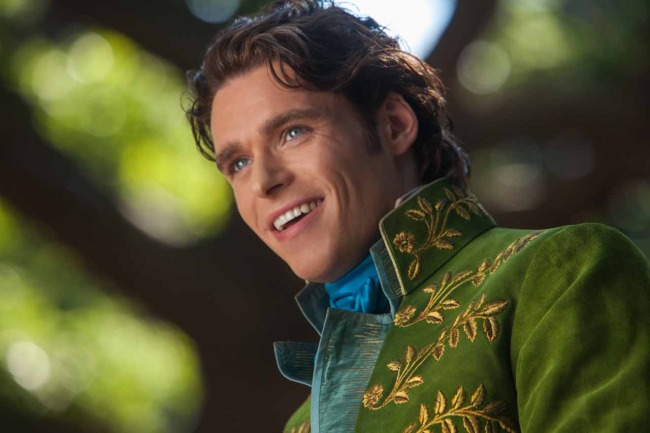 However, it’s Lily James who steals this film. She was truly born to play Cinderella and will probably have it attached to her for the rest of her career. She brings just the right amount of beauty and grace to the screen that will have every little girl wanting to run home to put on their blue dress and dance around like a true princess.

As per usual, I got my lil reviewer to write down her favourite part. Keep in mind she is in grade one so her spelling is still a work-in-progress, but so is mine.

I liked the part ware Cinderella danced with the prinse. She was very butiful.

This is a must see and will easily be one of the best family movies of 2015. If you can spare the extra few dollars, go and see it at IMAX. If not, no worries, any movie theatre will do and it’s well worth a date night with your child.

Just when you thought you could “let it go,” there is an animated short called Frozen:Fever that plays before Cinderella. There were little shrieks of joy in the theatre when Anna and Elsa showed up on the big screen with all of their friends in a seven minute story with song and dance included. No surprise that Disney also announced that Frozen Two is in the works. God save us.

Next on the docket, when it comes to Disney live adaptions, is Beauty and the Beast, which is slated for a 2016 release.

I asked my lil reviewer to rate Cinderella with the customary raindrops and she had no problems drawing me five. Yes this film gets five out of five raindrops in her world so it’s already an instant hit. Enjoy it now because for those of us who have kids, we all know that we will eventually hate it after watching it for the 1546th time. 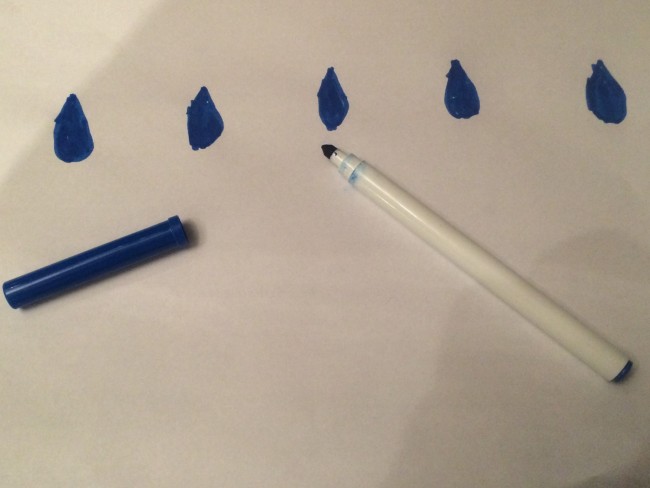