It’s Team Cap vs. Team Iron Man in Captain America: Civil War, and don’t worry, I won’t judge. Just know that whomever you side with says a lot about you as a person…

Captain America: Civil War is now in theatres and comic fans everywhere are rejoicing; we can now officially start the summer blockbuster season.

The film plays out like this: While The Avengers have been kicking ass and taking names, they have also caused plenty of collateral damage in their struggle to keep the world safe. As a result, The Secretary of State (William Hurt) along with the United Nations has demanded that all superheroes should become accountable and be at the beck and call of the UN. 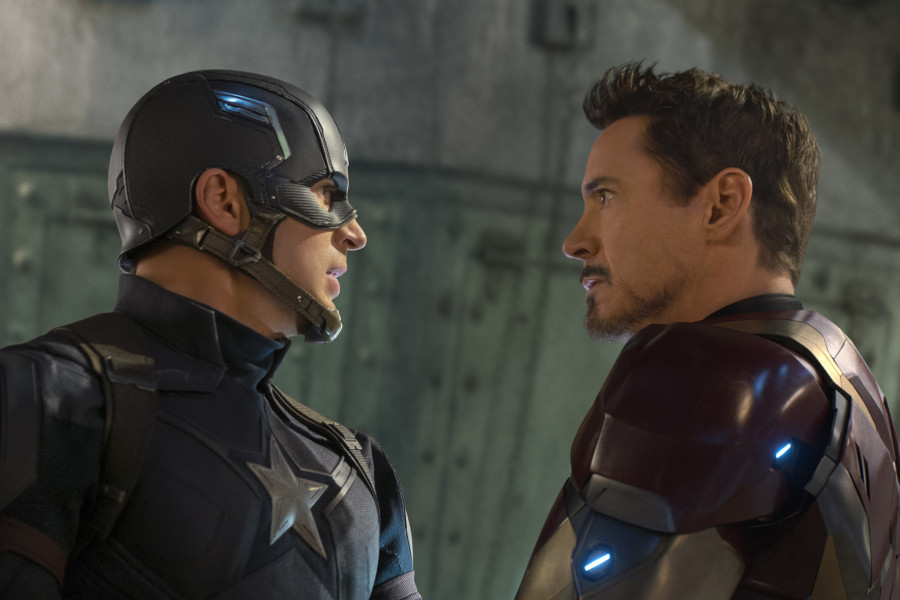 Iron Man agrees with this new proclamation and decides that maybe there needs to be more checks and balances. Captain America on the other hand is not too thrilled about being micro-managed as feels they need full autonomy in order to fight the increasing evil that comes their way. This difference in philosophy causes a rift between the Avengers, hero sides against hero, leading to the civil war you see in the threequel’s title.

The line is drawn in the sand and on one side you have Captain America (Chris Evans) who is joined by Scarlet Witch (Elizabeth Olsen), Falcon (Anthony Mackie), Hawkeye (Jeremy Renner), and Ant-Man (Paul Rudd). On the other side you have Iron Man who is able to summon support from War Machine (Don Cheadle), Black Widow (Scarlett Johansson), Vision (Paul Bettany) and the scene stealing young Spider-Man (Tom Holland). Meanwhile, Thor and Hulk are off on vacation somewhere. 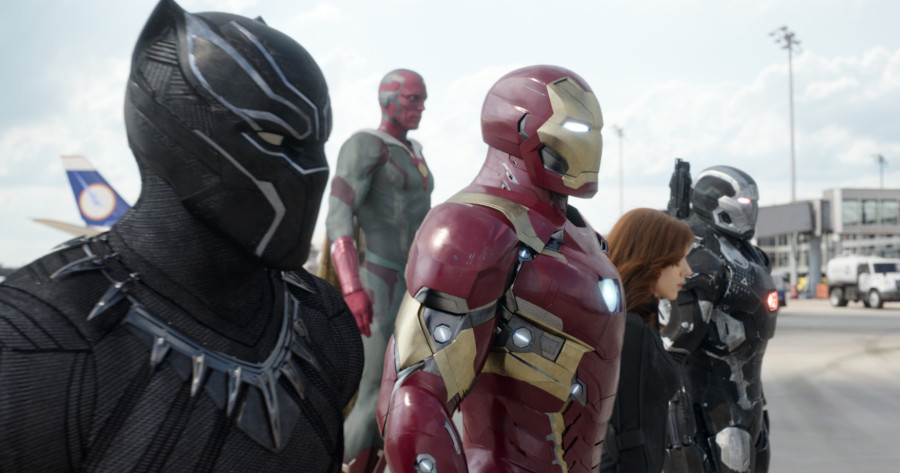 We’re also introduced to a new hero on the block named Black Panther (Chadwick Boseman) who has a one-track mind in finding Bucky Barnes, a.k.a. The Winter Soldier (Sebastian Stan). Remember him? He’s Cap’s bionic-armed BFF who unfortunately turns a tad lethal when the brainwashing sets in. The friendship between the two causes an even bigger rift within the team and everyone’s loyalty comes into question.

Of course all of this division and infighting is all part of the evil and diabolical plan for the new baddie named Zemo (Daniel Bruhl) who would love to see the Avengers destroy themselves. Hail Hydra!

The underlining theme of the film about superheroes taking responsibility for their vigilante actions sounds very familiar to the story that played out in this year’s other spandex-clad blockbuster, Batman v Superman: Dawn of Justice. Yet, unlike their comic book competitors, Marvel doesn’t preach it while hanging a black cloud over everything. Instead, Civil War is a refreshing palate cleanser that washes away the lingering bad taste that BvS left in cinemagoers’ mouthes.

If there is one thing DC/Warner Brothers can learn from Marvel/Disney, it’s how to do a superhero film with an ensemble cast. Every character in this film is utilized and you actually give a damn about each one. The praise really needs to go to helmers Joe and Anthony Russo, who do what “visionary” director Zack Snyder couldn’t. 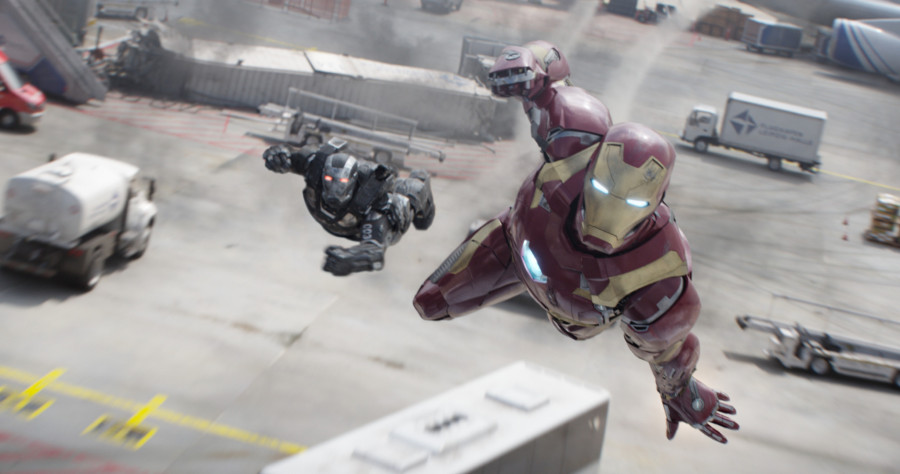 Nothing is being jammed into the film that doesn’t fit; we’re not dealing with multiple storylines that create a convoluted mess. If you’ve read the Civil War comic series than you’ll be pleased with how they adapted it to screen minus a glaring omission that will probably come in another Avengers film (wink, wink.)

The story is simple and smart but moves at breakneck speed. It’s like a rollercoaster ride where the 2.5 hours feels like just the right amount of time needed to include everything that’s deemed important, not only to the film, but to Marvel Universe as a whole. That successful execution is largely due to a great script written by Christopher Markus and Stephen McFeely.

Although this is essentially Captain America 3, and the story does focus on him quite a bit, it does feel like a sort of Avengers 2.5; and I hate to say it, it’s probably the one they wished they had instead of Age of Ultron. Sure there are times where things feel rather formulaic with moments of sheer convenience, but despite some of those small issues, the film oozes fun. 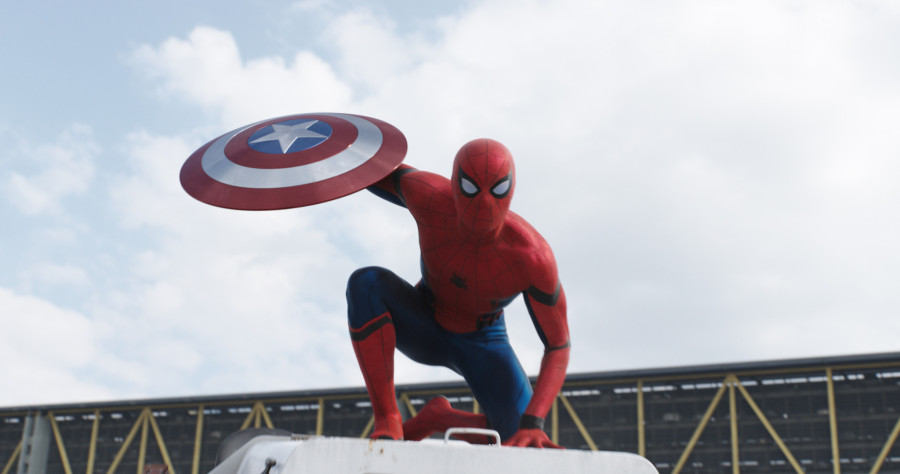 The entire cast is great with some obvious standout performances from Chris Evans, and Robert Downey Jr. But to be honest, Paul Rudd as Ant-Man was fantastic, and as an added bonus, they appear to have finally gotten Spider-man right on the silver screen too.

So as super friends in costumes fight over ideals, a bigger evil lurks on the horizon. And Civil War leads us perfectly into the upcoming two-part Avengers: Infinity War, which the Russo brothers will also direct. Given what the duo have been able to pull off here it’s fair to say that the future of the Marvel cinematic universe looks as bright as an infinity stone.

This is one of the best films of the year and I have no problems giving it 5 raindrops out of 5. Go check it out and make sure you stay for the scene in the middle of the credits as well as at the very end. Enjoy.