Bridget Jones’s Baby, the third film featuring Renée Zellweger in her most iconic role, is a refreshingly sweet and funny threequel that gives the character a charming moment to shine on the big screen.

Against all odds, the most unexpectedly fun sequel of the year arrives in the form of Bridget Jones’s Baby, which reunites us with Renée Zellweger’s titular spinster 12 full years after being left for dead with 2004’s dreadful The Edge of Reason.

We pick up with a new and improved Bridget who’s happy with her body, her job, her vices (cigarette-free for years!), and her life in general. She isn’t pining for a man or dwelling on past mistakes – this is a Bridget who’s in control of her life and loving it. That is until an unexpected pregnancy announces itself and she’s suddenly a single mother-to-be unsure if the baby is a result of her hot new fling (Patrick Dempsey) or a rekindled romance (Colin Firth). 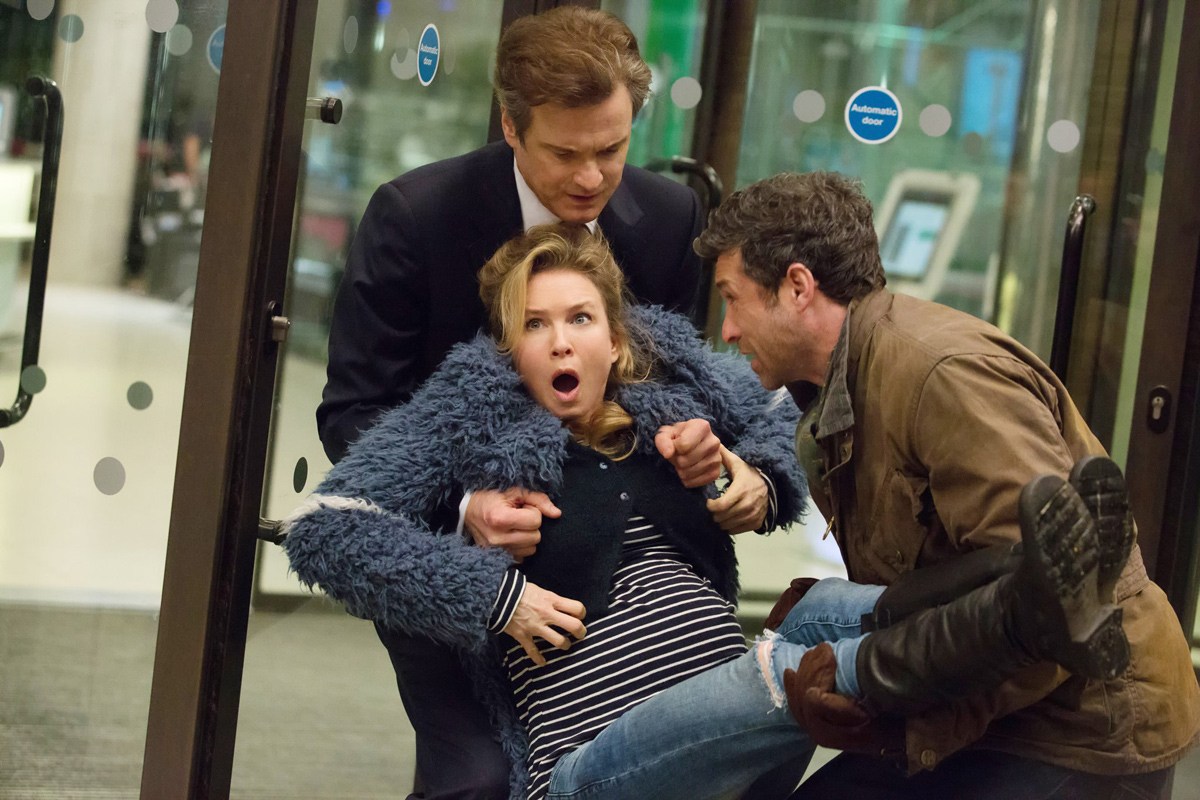 We first met Bridget on the big screen in 2001’s Bridget Jones’s Diary and a decade and a half later she still remains as endearing as ever. She’s still prone to pratfalls and suffers from a nearly debilitating case of foot-in-mouth disease, sure, but her heart is ever on her sleeve and her intentions are always in the right place. Bridget Jones’s Baby gives the character a proper treatment that will make fans quite happy; the film is charming and consistently delightful from beginning to end. 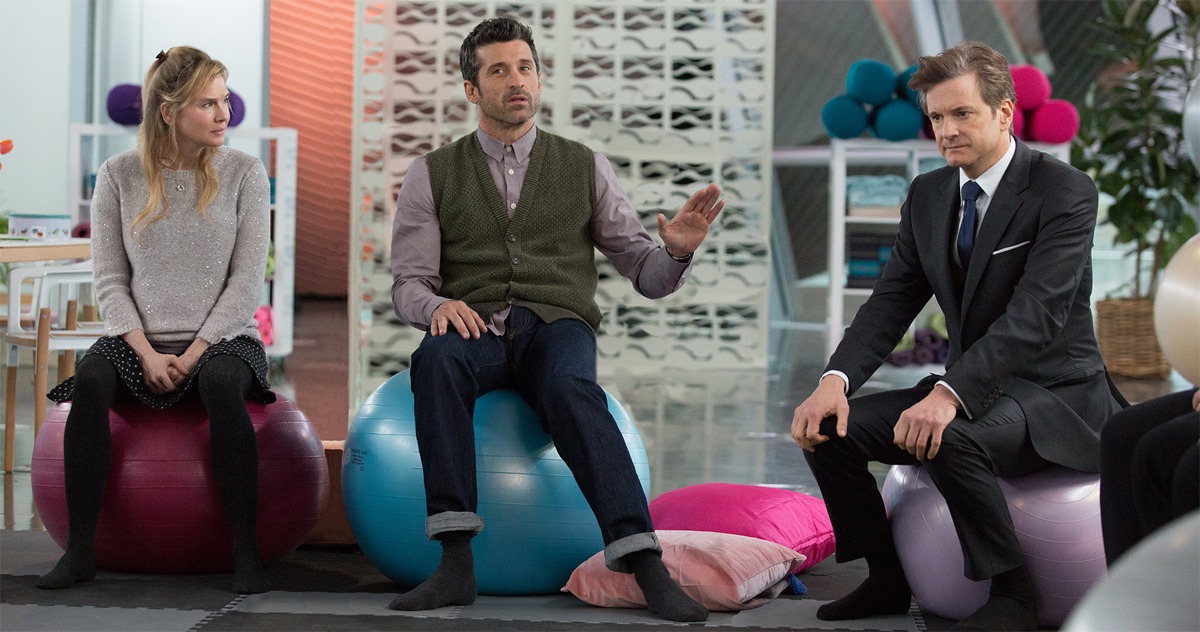 The break between instalments in this series would appear to have served the creative team well. The film carries a commitment to character first above any cloying or clumsy comedic centerpieces. Needless to say, there aren’t any cheap gimmicks involving a fire pole fashion faux pas or a sentence to a Thai prison.

Shaking things up also means that Hugh Grant’s mischievous Daniel Cleaver is out of the picture in this go-around – he’s only viewed briefly via a standard stock photograph of the character. The shift in the dynamic of the central trio of characters is a refreshing change of pace, and Patrick Dempsey’s lovable Internet dating guru Jack makes for an engaging new foil for Colin Firth’s stalwart Mark Darcy. 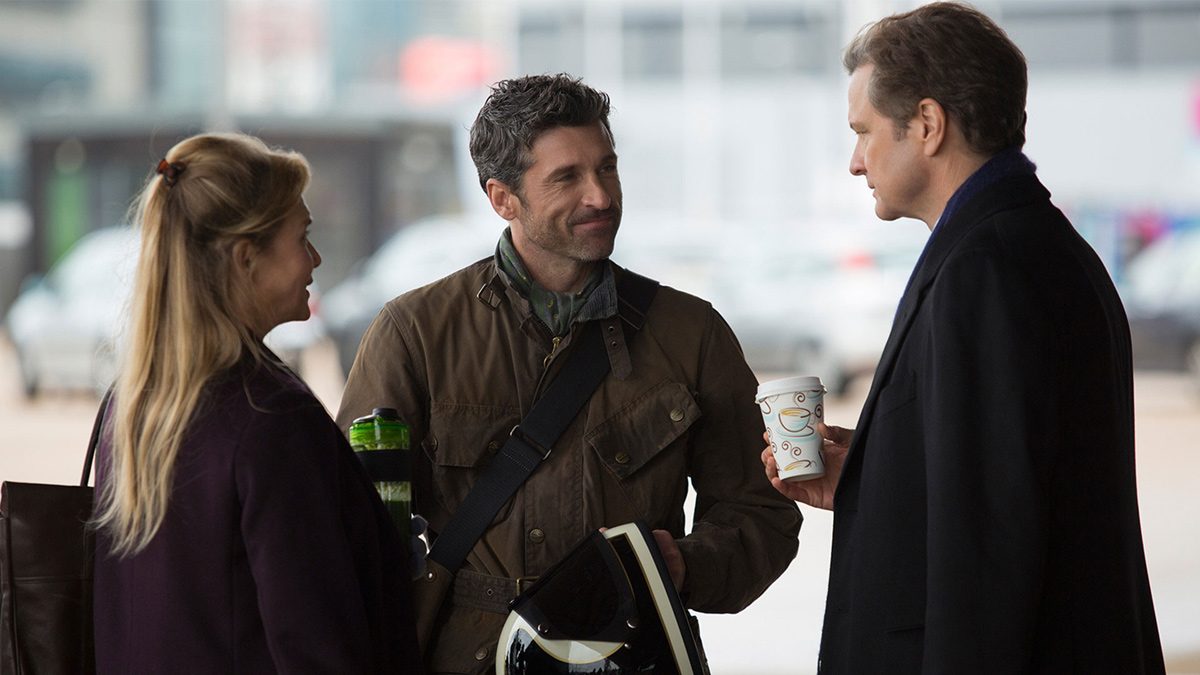 What’s refreshing about Bridget Jones’s Baby is its complete lack of cynicism and its resoundingly sympathetic approach to the treatment of a character that has already been put through the emotional, social, and romantic wringer.

Aside from the expected few moments of male bravado, the two men resist all urge to fight one another in the name of doing what’s right for Bridget and the baby, regardless of who the true biological father is. Their under-the-surface competition is somewhat sweet and heartwarming – though still furiously funny – as opposed to the sissy fistfights between Mr. Darcy and Daniel Cleaver in the first two movies.

Jack and Mark are both completely genial in their own charming ways, and the spirit is generally kept light; the moments of melodrama between the characters are also less dramatically heavy than they are representations of standard genre plot mechanics. 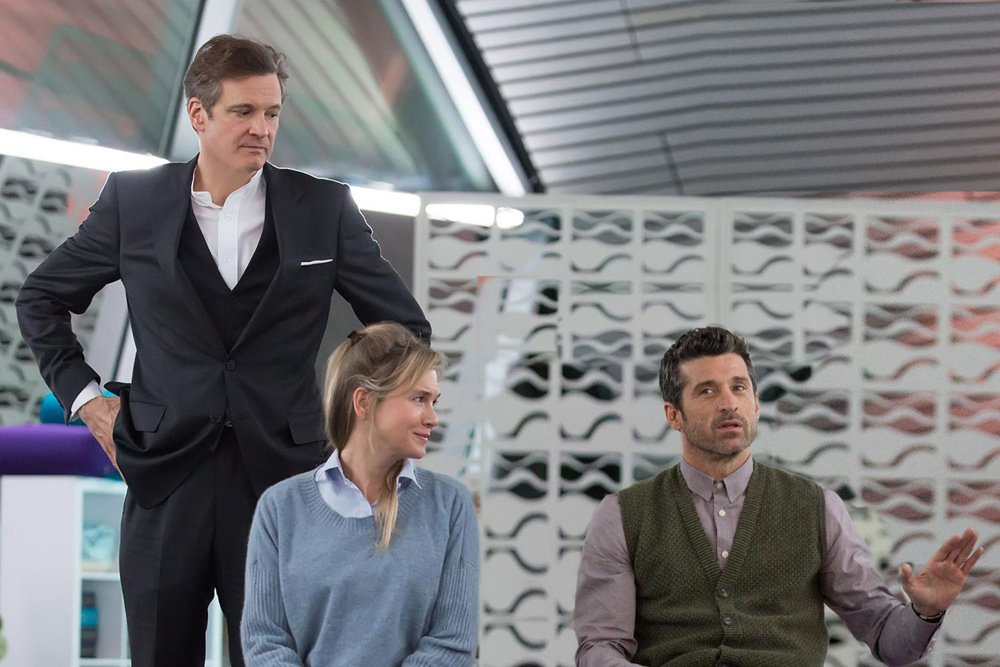 This film marks the first major role for Renée Zellweger in seven years and the actress slips back into character as if she’s never left. Colin Firth goes all in once again and proves how sublimely droll he is as the straight-faced and straight-laced Mr. Darcy. And the newest member in the main cast, Patrick Dempsey, has a grin that radiates kindness and sincerity. His Jack is Bridget’s one night stand turned maybe baby daddy and the character is a comfortable fit with the regulars. The extended cast in general, including the returning Jim Broadbent and Gemma Jones as Bridget’s parents, is game and wholly on point. 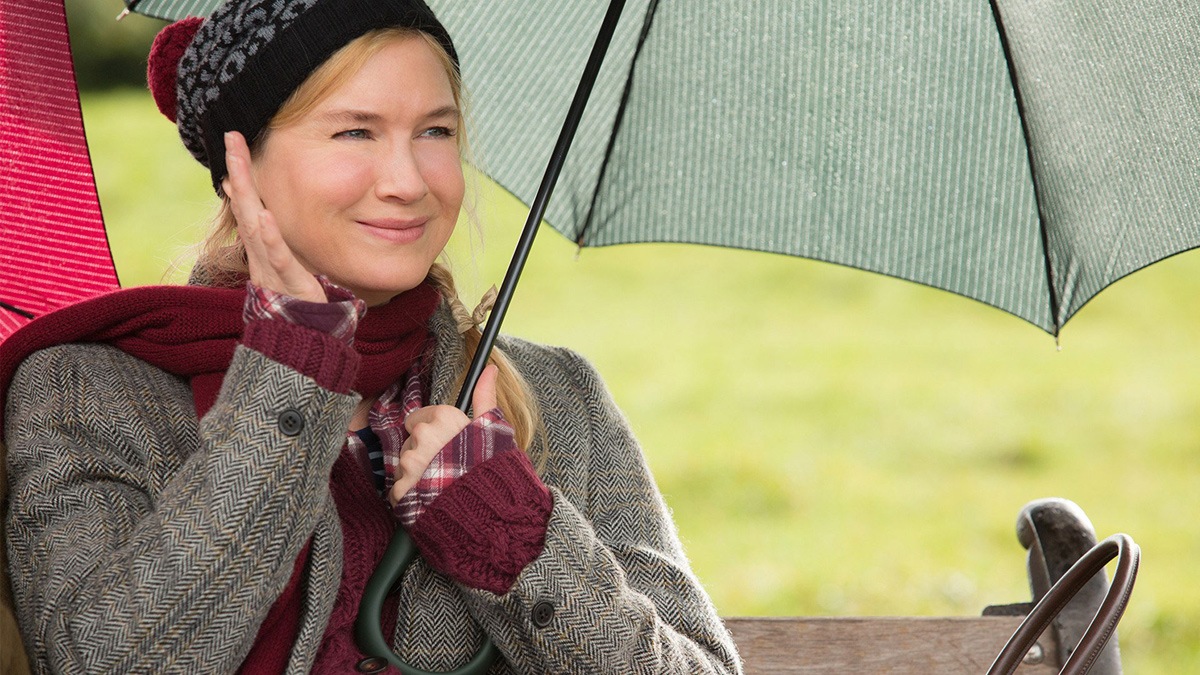 The screenplay for Bridget Jones’s Baby diverges from the character’s literary world and presents an altogether unique storyline. Author Helen Fielding shares co-writing credit with Dan Mazer and Oscar-winning screenwriter Emma Thompson (she won for 1996’s Sense and Sensibility) and gives the character a fitting final victory lap in her cinematic universe. The sharp and accentuated Thompson also appears in front of the camera in a memorable supporting role as Bridget’s doctor. 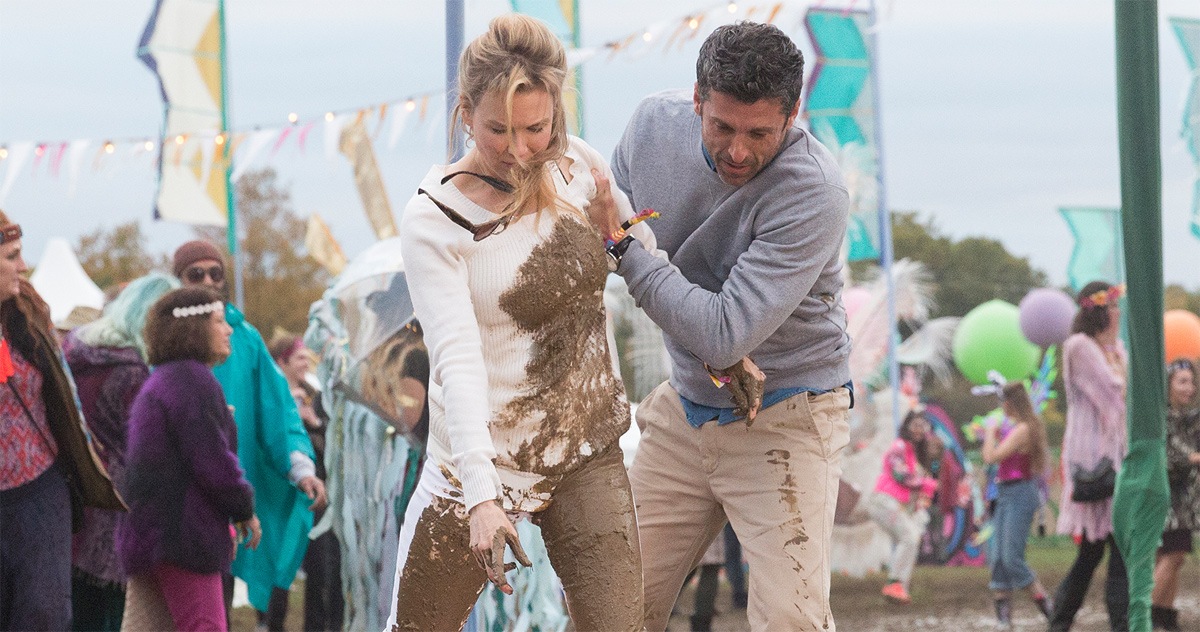 It’s admirable just how progressive Bridget Jones’s Baby is. Even a dozen years ago the subject matter would’ve been handled in a completely different manner. But, thankfully, in 2016’s world the predicament of Bridget and the unknown paterfamilias of her soon-to-be-born child does not incite an ounce of shame from any other character. 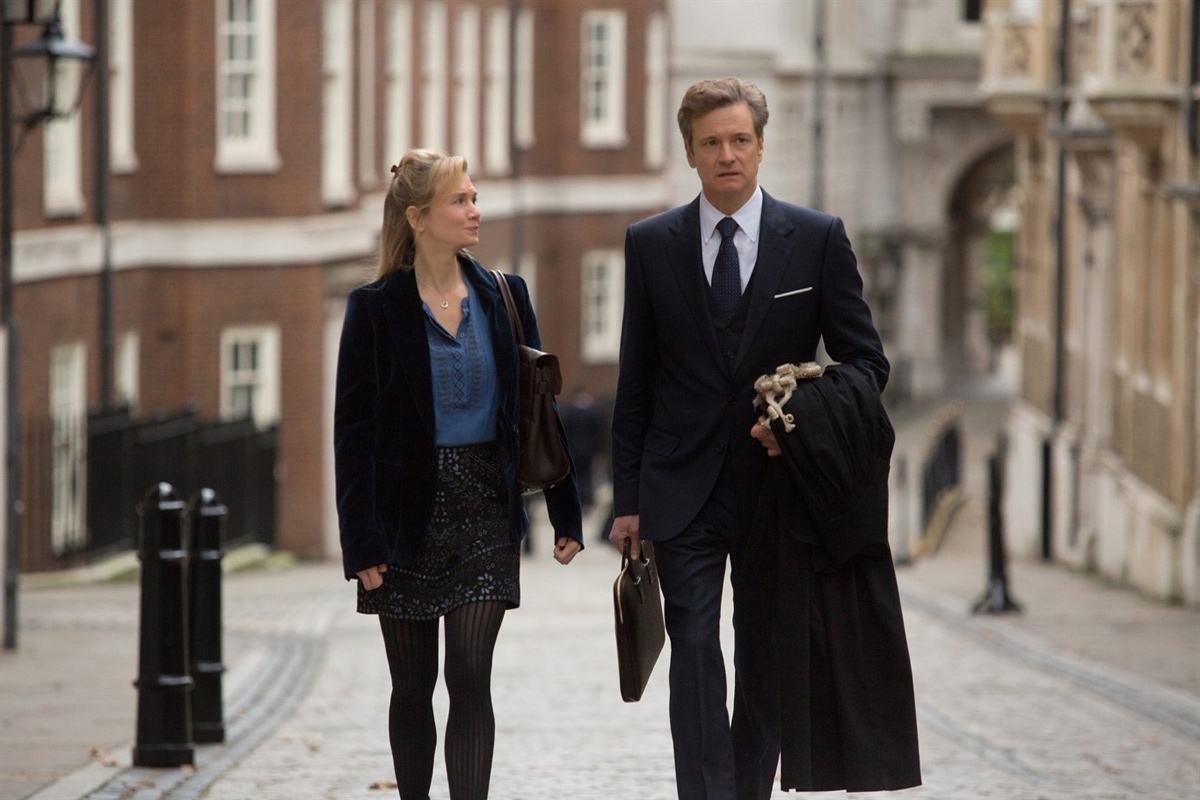 While it would undoubtedly be beneficial to have somewhat of a familiarity with the characters before catching this latest instalment in the series, even franchise newcomers should have no problem connecting with the film.

Four out of five!