Hiro Hamada is one of the top robotics prodigies in San-Fransokyo. Hustling his way through the robot fighting circuit, Hiro uses his genius to make a quick buck but when his brother Tadashi shows him a better path, Hiro straightens up and flies right. When a terrible disaster unfolds onto the streets of San Fansokyo, Hiro and his friends are caught in a diabolical plot and with the help of his robot Baymax, Hiro and his pals must find a way to work together and become a superhero fighting team to save the day! 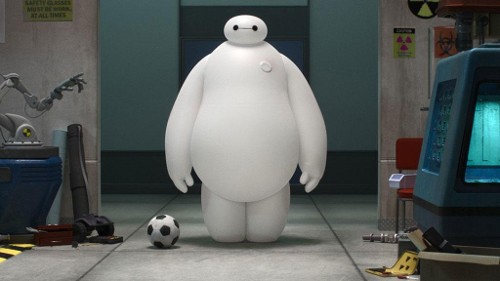 Every popular Disney animated film seems to follow the same criteria. A great story. A ton of laughs. A memorable character that we can quote and imitate for years to come. Although he may not be in the top tier as The Genie from Aladdin or Mufasa from The Lion King, Baymax is one of the best Disney characters in recent years. With the success of Frozen and Wreck it Ralph, Disney has been showing that they are starting to think a little outside the box. Frozen choosing to focus a bit more diversity on their female leads, Wreck-It Ralph tapping into the video game world, and now Big Hero 6 taking the subject of science and creativity to the next level and Baymax perfectly embodies that next step.

Watching Baymax reminded me a lot of the robot in the animated film The Iron Giant. He’s loveable, he’s innocent, he looks at the world with a toddlers perspective and doesn’t understand basic human interaction. His main purpose for existing is that he is a first aid responder that pops out of a red box whenever somebody says “ow!” So the reason he joins Hiro on his journey is because he must look after Hiro until he is satisfied with his care. Since Hiro is always in danger, Baymax and Hiro develop a very special relationship.

Baymax screams cuteness from the moment you see him. A character who looks like a giant marshmallow, says adorable one liners but can also kick some serious butt is something that all boys and girls can relate to. This is an event your kid will thank you a million times over for introducing this wonderful Disney character into their lives. 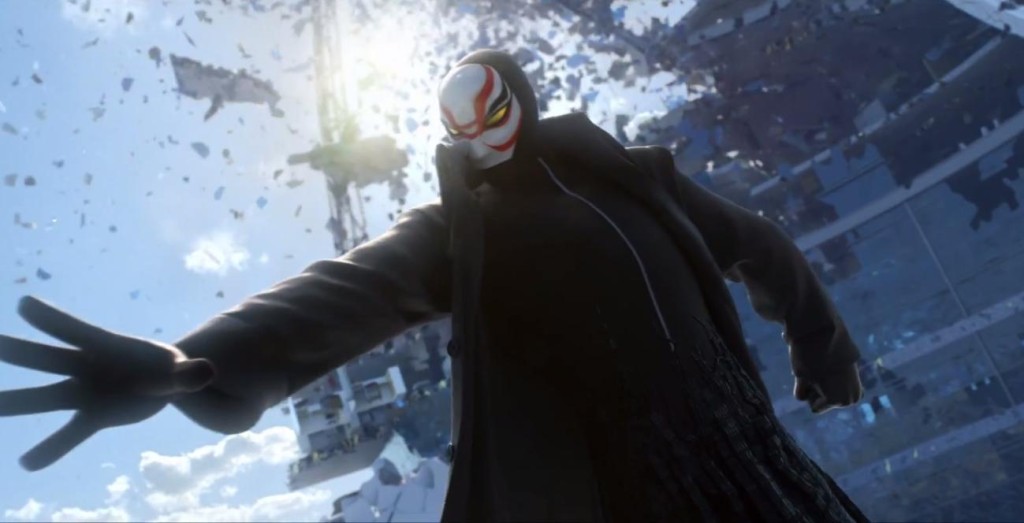 Most great heroes from our most beloved Disney films are only as good as their villains but in this case our bad guy was very underdeveloped. With a great look and a very cool superpower, the kabuki masked menace had the character structure of an episode of Scooby-Doo. This doesn’t make the movie become uninteresting but when your villain is as great as Scar or Syndrome, it elevates the story and everyone involved. As much as I loved this movie, you can tell that it holds it back a smudge of being a true top 10 Disney classic.

There was a lot of subject matter to cover in this film that might of warranted less focus on the villain. Big Hero 6 celebrates the joy of science, racial diversity and trusting in your friends in times of great tragedy. With all of these being great themes and subject matters to have in a 2014 Disney film, the almost borderline laziness of this character is easily highlighted since the rest of the film is so top-notch.

Big Hero 6 is a another welcomed addition in the cinematic legacy of Disney. It’s entertaining, promotes great life lessons for kids, and has amazingly detailed visuals with an adorable memorable lead character. Perfect for kids and adults alike. It will make you laugh and it will make you cry. What more could you want out of Disney!

As of right this second,  Big Hero 6 has a higher critic rating on rotten tomatoes than Interstellar and that is not by accident. Disney has been continuing to push and evolve its brand over the past few years and they have been doing an excellent job. This is also Disney’s first time animating a Marvel property and they passed with flying colours.

With Christmas coming just around the corner, I apologize in advance to all you parents because every one of your kids will be asking for a giant plush Baymax doll this year. So do yourself a favour, take your family out and enjoy this film while you can, because by the 20th time your child has asked you “are you are satisfied with your care?” you will at least know what they are talking about and not make them upset when you mistakenly refer Baymax as the Stay Puff Marshmallow man from Ghostbusters.