Batman v Superman: Dawn of Justice comes at you proclaiming to be the biggest event the superhero world has seen: the ‘Thrilla in Manila’ of superhero movies; the ‘Rumble in the Jungle’ of caped vigilantes.

There’s a lot (probably too much) of build up to the main event, but when that first bell rings you can’t help but lean forward in your seat to take the action in. But is the thrill of the fight worth the pain of the buildup?

There’s a disregard for standards in everything except the movie’s technical aspects that makes Batman v Superman impossible to recommend as an objectively “good” movie. On the other hand, it is a hell of a lot of fun to see the biggest titans in comic book history finally share the silver screen. BvS ultimately ends with a split vote – a draw down the middle on the scale of quality entertainment. 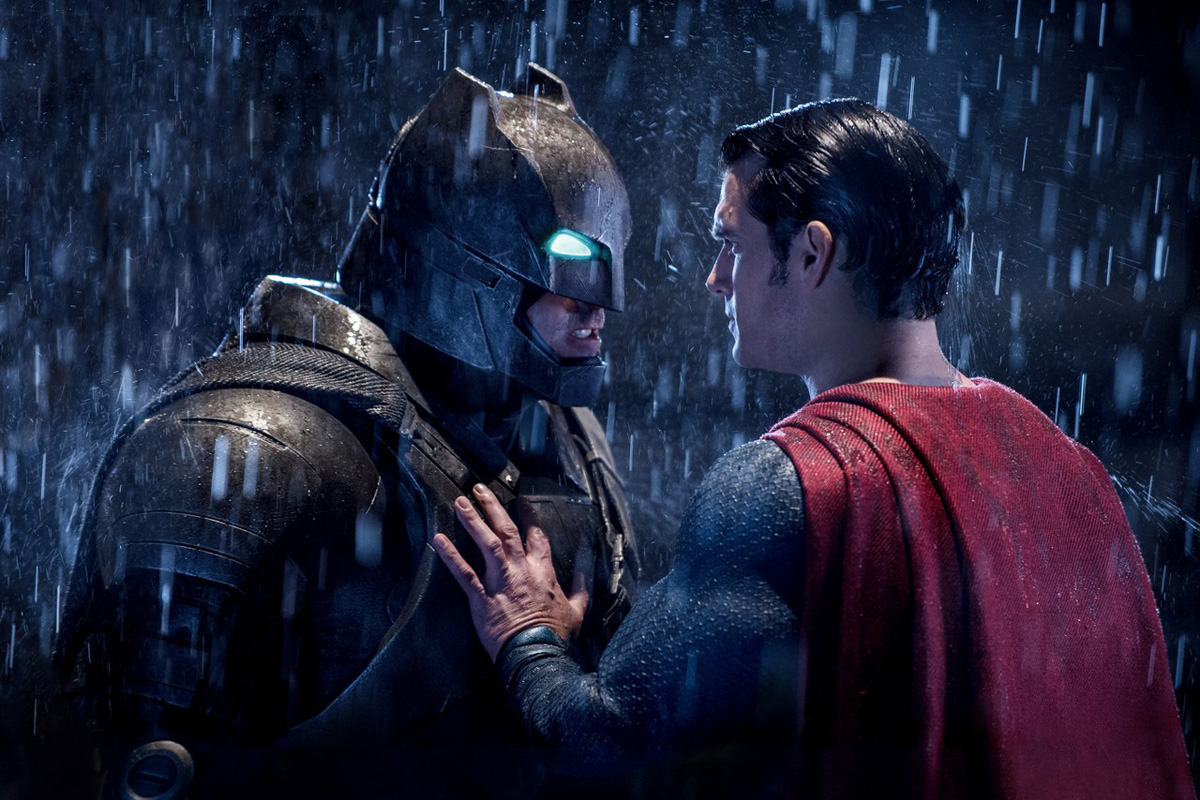 The film is a long (two and a half hours) and often difficult film to sit through. It is far from enthralling and too objectively lacking in compelling narrative and character to be intellectually fulfilling. Comparably, it’s a far more exciting film than Avengers: Age of Ultron was but there was never any doubt that BvS wouldn’t be as good as The Dark Knight.

If you go in with a fair and open mind, then BvS will hopefully be above satisfactory on a pure enjoyment level. Your mileage will undoubtedly vary depending on your personal tolerance for the comic book subject matter inherent to a film called Batman v Superman: Dawn of Justice, though. The title alone should give every individual enough of a hint to decide whether or not it’ll be worth their time and money. 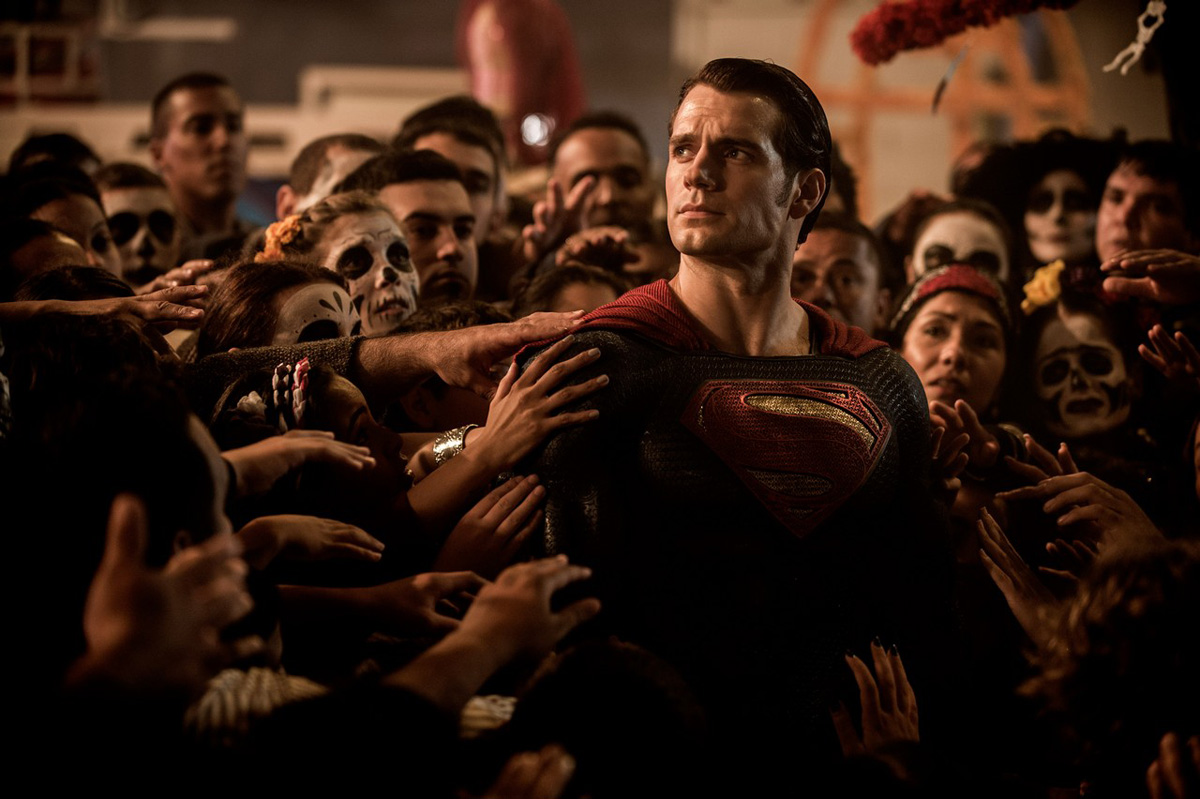 Following the events of Man of Steel, Bruce Wayne (Ben Affleck) becomes obsessive with devising a plan to destroying the being that killed countless innocent people during an alien battle in Metropolis. Superman (Henry Cavill) is a haunted man, torn in half and dispassionate in his human life as newspaperman Clark Kent. The two men in capes brood and the film loudly pronounces the duality each wrestles with. But the characters’ paths are basically filler to get to the titular long-promised brawl.

It’s unfortunate and oddly ironic that what was originally introduced as a Man of Steel 2 spends so little time getting to know the man of the hour. Director Zack Snyder would rather focus on Batman, and we in the audience don’t really blame him for that. The way he’s presented in this film Superman is, frankly, a downer to be around.

Batman’s always angry but he’s interesting and Affleck is a strong enough performer to make the character feel properly reinvented again even when it sometimes seems like he’s fighting an uphill battle all on his own. 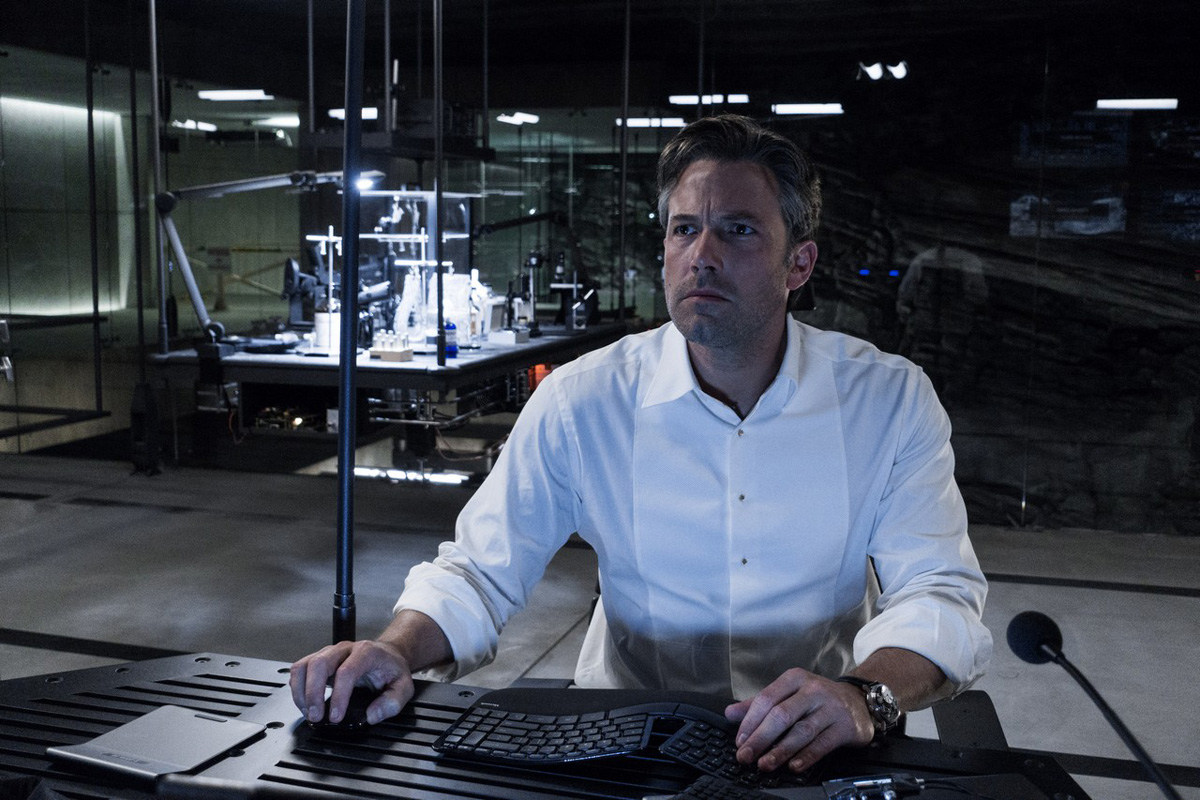 Amongst the many references to the DC Comics Expanded Cinematic Universe, there are few nods or winks that aren’t all that titillating. However, the introduction of Wonder Woman is perhaps Batman v Superman’s greatest victory. Given absolutely nothing of substance to work with, Gal Gadot makes every second count as the mysterious Diana Prince; if BvS unquestionably succeeds at one thing it’s in making the audience very excited for a solo Wonder Woman adventure in the near future. 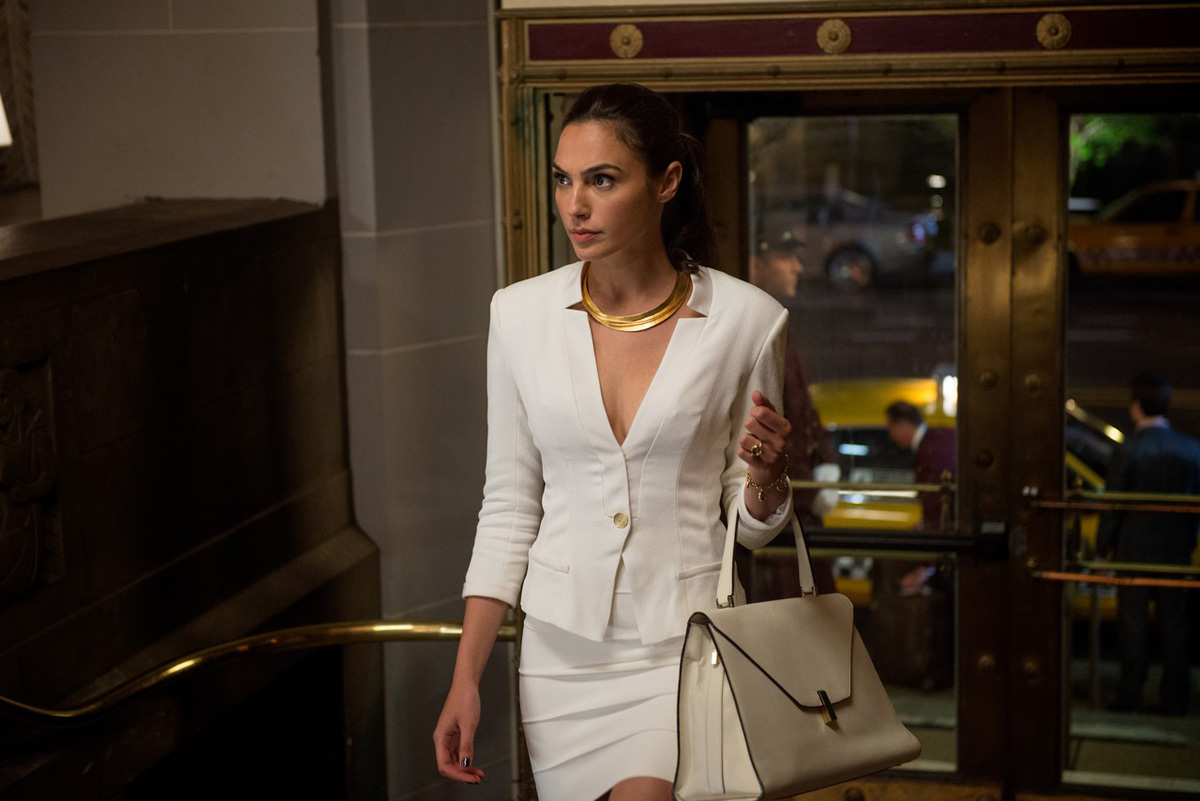 Batman v Superman: Dawn of Justice is built on the foundation of a very, very overwrought and undercooked screenplay. The plotting is nonsensical and believable motivations are nowhere to be found. The dialogue attempts to wax poetic about gods and monsters and man’s place in the cosmos, but it sounds like something out of a fourth grade essay. With such a weak place to start from, it’s a miracle that the formidable cast was stacked with enough talent to make the most out of nothing. 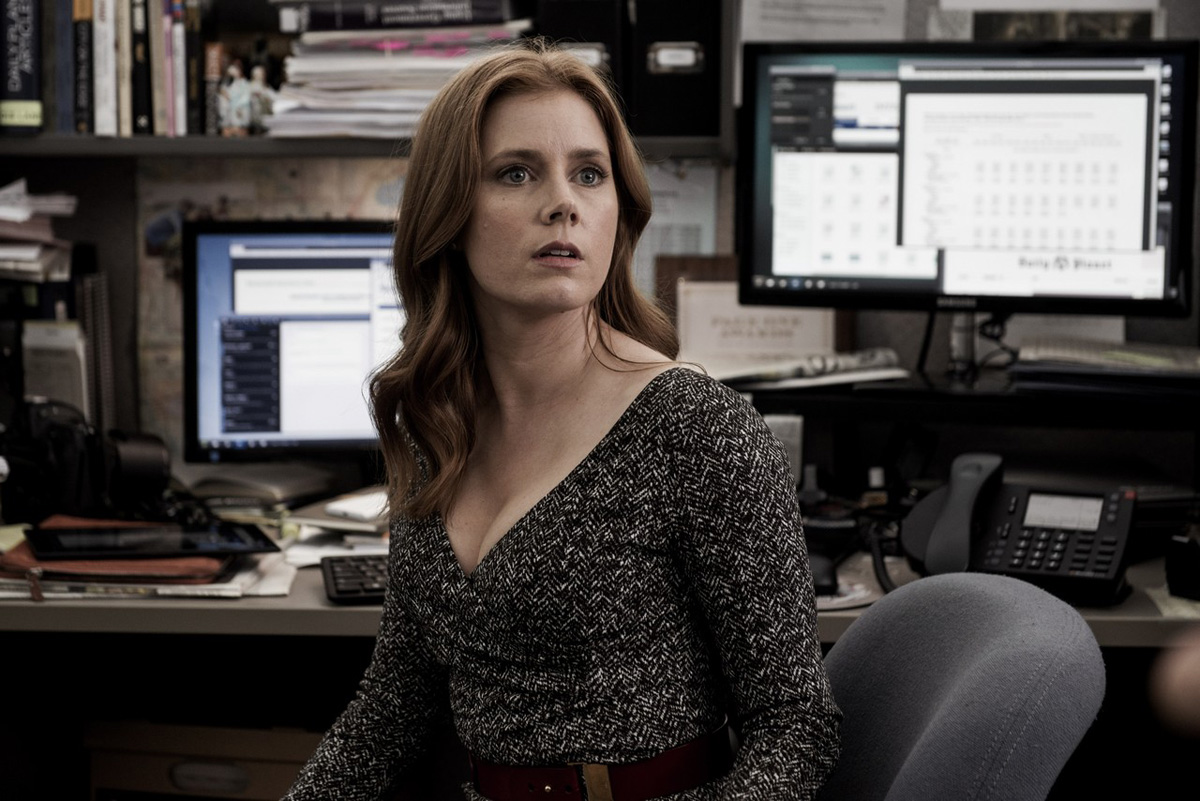 As Superman’s lady love, Amy Adams is plucky and committed enough to keep her head above water. Lane and Kent’s Daily Planet boss, Perry White, is played by Laurence Fishburne, who absolutely sings throughout his limited screentime, maximizing every last syllable for erratic and enjoyable affectation.

It’s tough to tell exactly what the hell Jesse Eisenberg was trying to do as Lex Luthor, but he’s not as grating as he could have been. One’s issues with this characterization of Luthor will undoubtedly be traced back to the screenplay’s complete mishandling of the iconic villain. 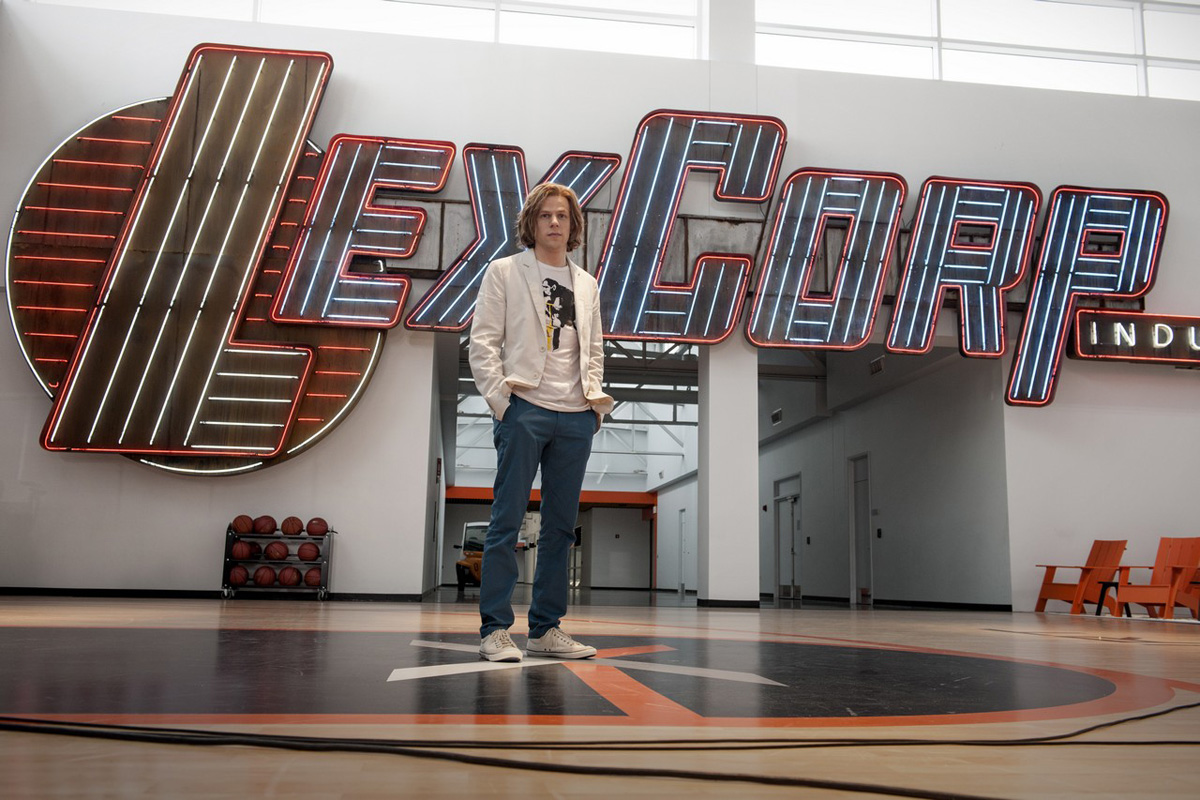 A textbook example of overblown CGI excess, the filmmakers behind BvS don’t seem content with being anything other than over-the-top and permanently cranked to 11.

Just being loud and brash isn’t enough for director Zack Snyder and company. They aim for nothing less than being the loudest and the brashest assault on the senses out there. If you walk out of the film feeling a bit dizzy, you couldn’t be blamed. Perhaps best viewed with the maximum potential of an IMAX presentation, this movie stares you in the face and dares you to go as big as humanly possible or go the fuck home. 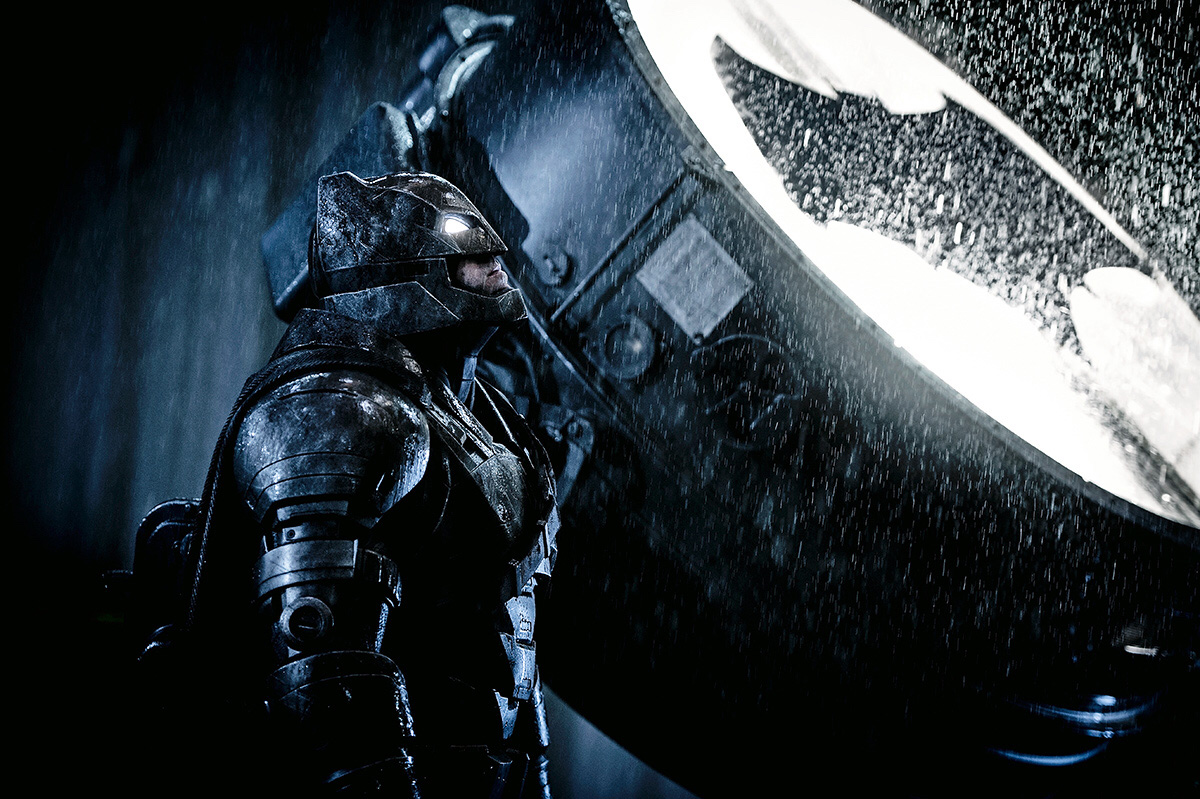 If anything, Batman v Superman solidifies Snyder as a big-budget visual artist who connects slightly more than he misses. He could stand to be reigned in on a number of levels, or at least kept in check. Because BvS also solidifies that Snyder is not a very good storyteller. He composes pretty pictures, yes, but he struggles with plot, character, and all the things that should linger with you after the buzz of the sensory assault wears off. 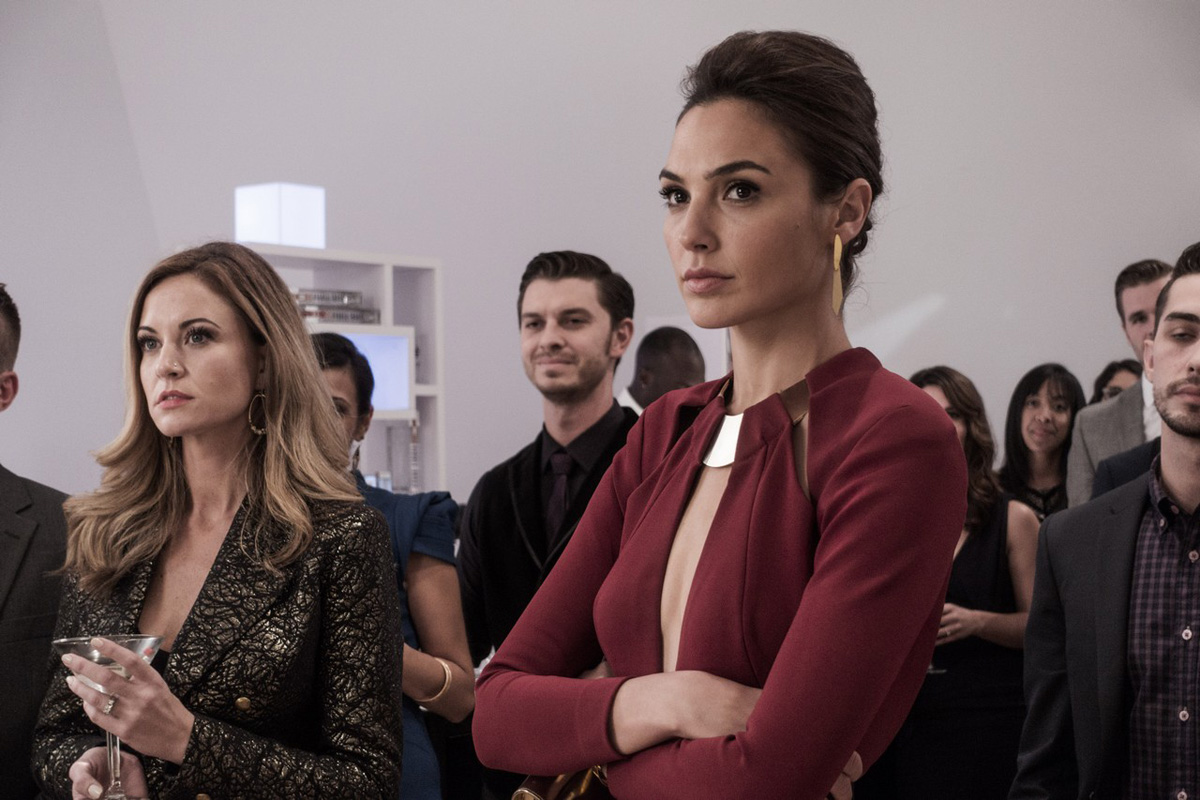 At its worst, Batman v Superman is bad and a piss-poor example of what proper narrative filmmaking looks like. But as with all “bad” movies, there are lessons that can be gleaned from BvS and (hopefully) carried forward and rectified in whatever comes next, if the people making the decisions care to listen and learn from their mistakes. But when the film is at its best, it’s an outright jaw-dropping spectacle to behold. It’s an extravaganza of eye-popping visuals and every frame looks like it cost a million dollars to make. 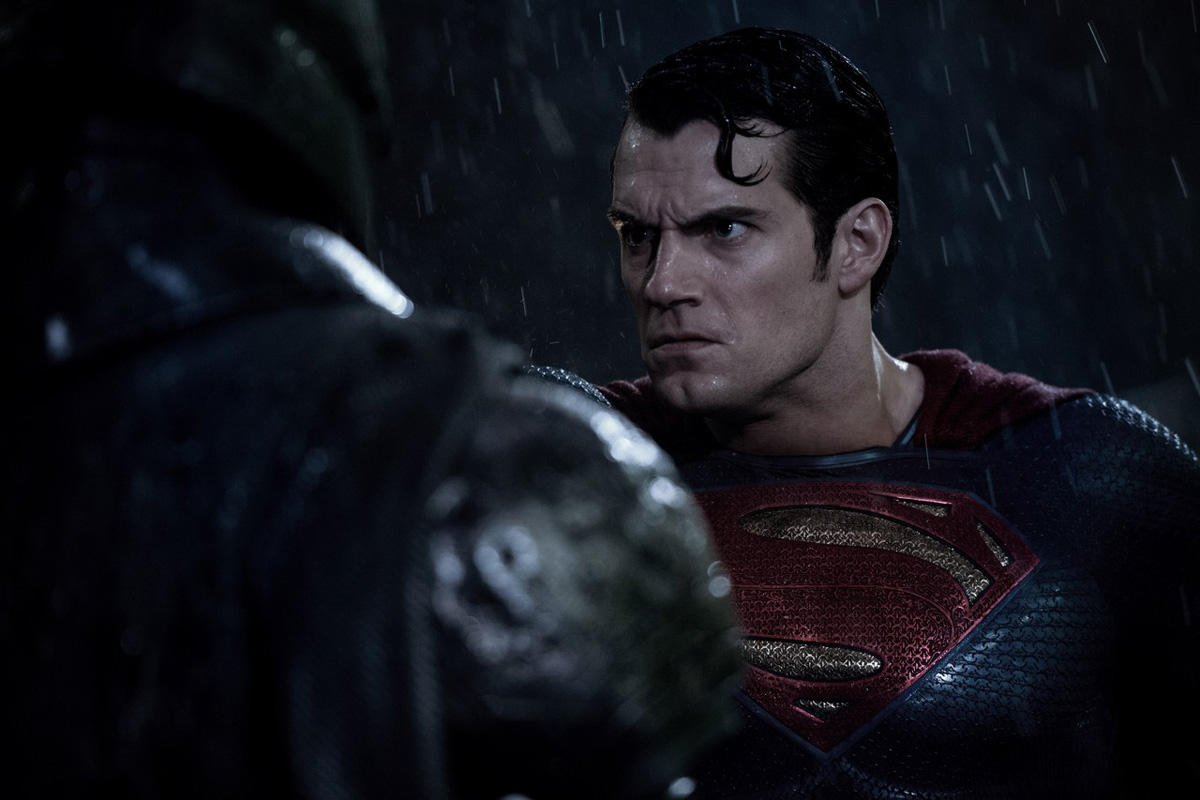 The plot is dumb, its villain isn’t all that compelling, and the heroes are often little more than brooding teenage brats. So if you can’t simply sit back and take the prime sections for what they are – cinematic spectacle at its grandest – then there is entirely nothing of value waiting for you in Batman v Superman. But there is a new Terrence Malick film playing that might be more your speed.

As a film critic, I have no choice but to condemn this movie for its many crimes against the art of narrative storytelling. As a fan of big-budget Hollywood wizardry, the biggest setpieces were as enjoyable for me as the smallest moments were boring. Foremost, however, I am an all-around lover of movies and I try to keep my cinematic diet balanced. Batman v Superman: Dawn of Justice sits about as dead centre in the middle of the scale.

If you’re a fan of comic book movies, you’ve seen a lot worse than this but you’ve also seen a lot better. BvS is guiltily succulent as it goes down but its momentary nourishment quickly fades. In the end, my “fanboy” self really dug a lot of it just ever so slightly more than my “critic” self did. Like placing your bet on the two juggernauts facing off, you may as well flip a coin to find the odds of which side you fall on.

Three conflicted capes out of five!