“Is my c**k exquisite? Cause I think it’s f***ing exquisite.” These are the first words we hear in our opening scene from Dom Hemingway.

After spending twelve years in prison Dom Hemingway (Jude Law) is released back into the streets of London and he is going to get what’s coming to him. Twelve years is a long time and with Dom’s wife passing away due to cancer and an estranged daughter Evelyn (Emilia Clarke) who wants nothing to do with him. Dom’s only course of action is to get the money owed to him for not ratting out his criminal colleagues in prison.

Dom’s best friend and partner Dickie Black (Richard E. Grant) tells him that his old boss Mr. Fontaine (Demian Blair) hasn’t forgotten the favour and wants to pay him the money that he rightfully deserves. We then follow Dom Hemingway’s destructive, vile and vulgar ways as he drinks, snorts, fights and crashes his way through life while trying to gain his daughter’s love and respect. 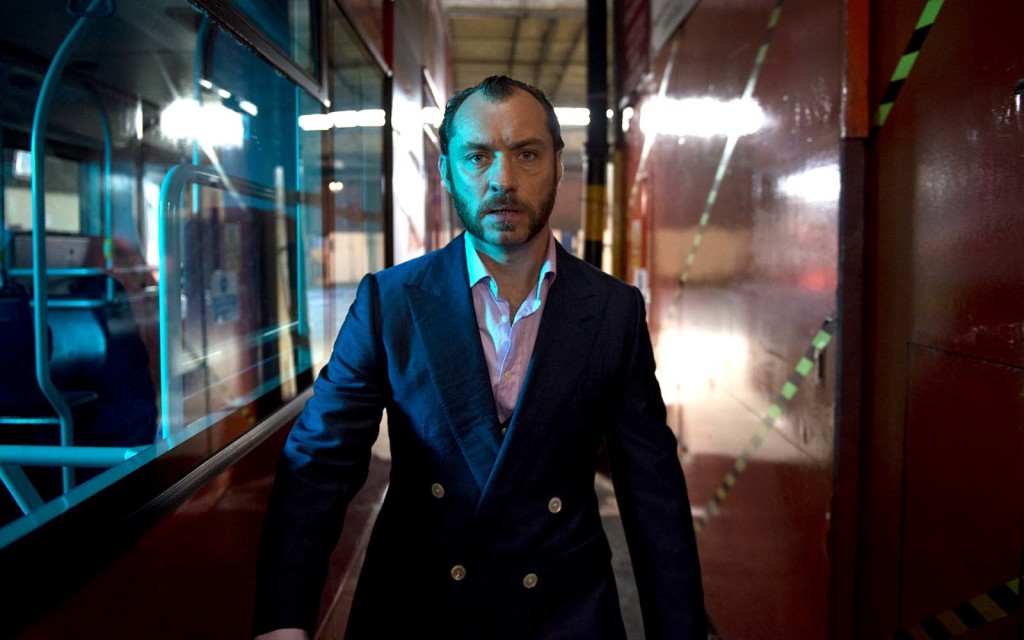 Jude Law does a fantastic job as the film’s lead character. At times when you watch Dom Hemingway you get the feeling that you are watching a one man play because the focus on his character is very strong. The script’s structure has a stage aspect to it, which is perfect for Law who has known to have a strong theatrical background. His performance doesn’t ‘change the game’ as far as these types of performances is concerned.

We have seen Law go to his dark side in other films (Gattaca, Talented Mr. Ripley) but in Dom Hemingway, he really revs the engine on his rage and gives a very pure, comedic and rageful performance.

The Bad – No Redemption 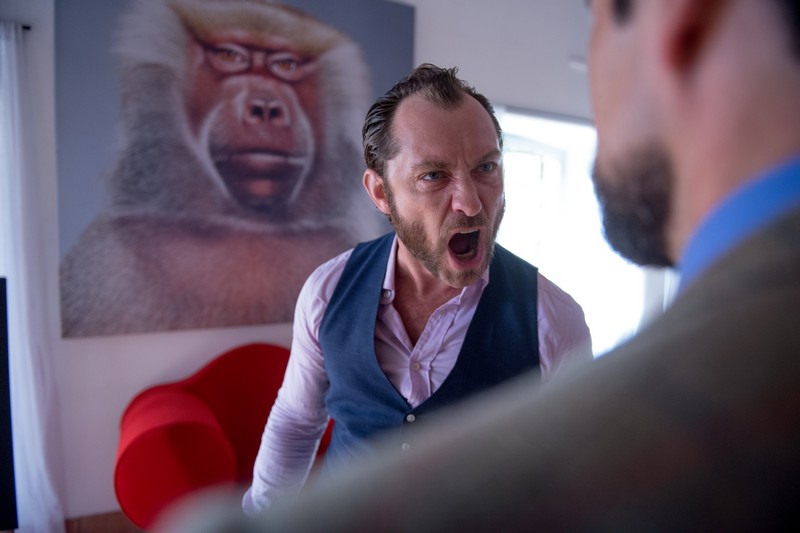 Now, I’m not saying that every main character always needs to be redeemed in the end but with these types of films (Bronson, Filth, Bad Santa) where the main character has a horrible nature and a hidden heart of gold, it should. Dom never really gets his moment of redemption, a shining moment or even a scene of clarity that shows us that under all the hate and anger is someone who is just misguided and had some bad choices in life.

All of the choices and decisions that lead to Dom trying to be a better man, comes from the fact that he has no other options left and figures, well, since nothing is working out for me, now would be a good time to reunite with my daughter and be a good father (which in his first attempt shows up at her doorstep with a bloody face, drunk, holding a bottle of whiskey with a limp bandage hanging off his eyebrow). The film’s ending drives this point home by coming to a close very abruptly leaving all loose ends untied.

What You’ll Remember – The Turning Point

With Dom Hemingway being very much a one man show for Jude Law you would think that the film would start to become one dimensional but the film surprisingly keeps you engaged and entertained all the way though. It’s use of story structure and plot points sharply turns the script in a new direction when you least expect it.

You think you’re watching one type of film, then in one scene, the story completely changes and your focus is re-engaged as you try to figure out where the film is going to go from here. 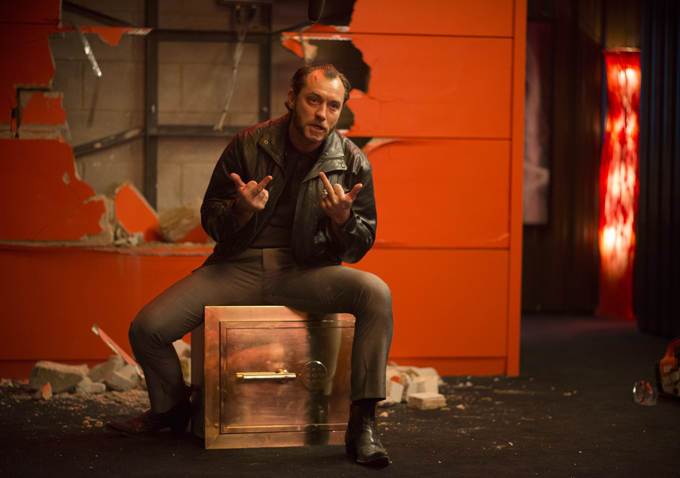 Dom Hemingway shows us that bad guys finish last. Jude Law gives a great performance showing us a very harsh, funny character but the film’s immense focus on it’s lead leaves very little for the other supporting actors and leaves you feeling like this story and script would have served better as a broadway dramedy play than a film to be seen in theatres.

The film’s style and set dec give Dom Hemingway a great atmosphere with an array of rich bright colors and an awesome punk rock soundtrack filled with some of Britain’s finest. Director and writer Richard Shepard gives us a fair take on the genre and keeps you occasionally laughing and entertained but lacks the substance it needs to make you care about a horrible person without any seemingly redeeming qualities.