With 2016 being the year of the blockbuster failure, it’s nice to see Arrival come down to earth and remind us what true filmmaking is all about. 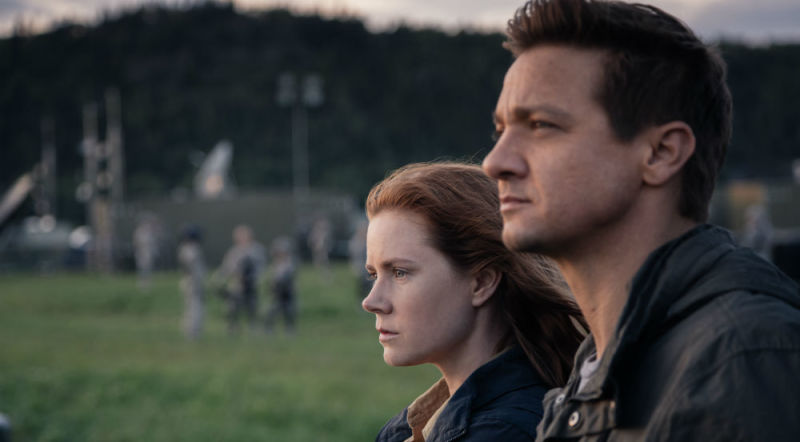 Canadian director Denis Villeneuve wanted to take on a science fiction film and he got that chance when Paramount Pictures floated the idea of adapting the short story “Story of Your Life” by Ted Chiang.

What Villeneuve truly wanted was an original story that didn’t feel like previous sci-fi flicks of the past. With hints of Close Encounters of the Third Kind or even Contact, Arrival stands alone as an original film that I urge everyone to go and see.

The story centres around 12 mysterious spacecraft that land in various locations around the world. Governments don’t know what to make of it. Are they aliens? If so, do they come in peace or are they about nuke everyone? 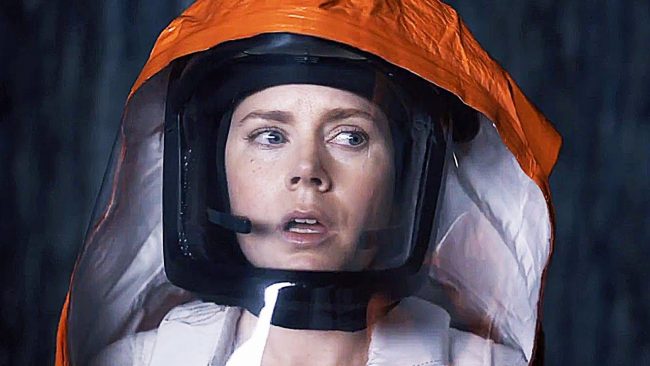 The team needs to decipher what the creatures want before China and Russia decide to shoot first and ask questions later. However, this film isn’t just about alien creatures it’s more about us humanoids.

The current trend in science fiction films, and even in the horror genre, has been about stories that focus on our own humanity instead of space adventures at warp speed while shooting off laser beams.

Rather than little green men in spaceships, Arrival is about dealing with grief, the complexities of time and the importance of communication. It’s that self-examination that truly is the understated beauty of this film.

With a nice blend of gorgeous cinematography by the great Bradford Young (Selma), an outstanding acting performance by Amy Adams, and a fabulous musical score by longtime Villeneuve composer Johann Johannsson, Arrival will hypnotize you and suck you right in like a tractor beam.

The CGI is very understated and gives the film a sense of authenticity and realism to the story. Villeneuve is a stickler for the details and everything about this first contact feels plausible. 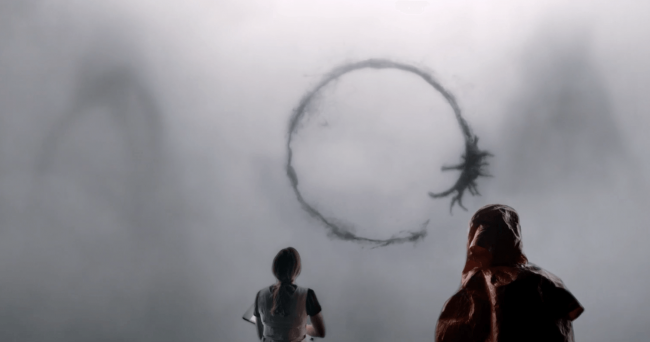 But it’s more than just computer effects that make this movie intriguing. It’s the subtle and emotional performance of five-time Academy Award nominee Amy Adams that sets the tone throughout the film.

Villeneuve has a penchant for strong leading ladies as we’ve seen in his previous work like Incendies and Sicario. It would have been so easy to make Jeremy Renner’s character the main protagonist but instead, he takes a back seat to an actor who is well over due for an Oscar.

Most of the thrills are of the intellectual and philosophical variety and I can’t even say I truly understand every nuance of this film. Everything that we think we know at the beginning of the movie gets turned upside down. It’s a nonlinear adventure of the mind that probably needs to be seen twice.

There really isn’t a negative thing I can say about this movie other than the film could have actually gone 20 or 30 minutes longer, but just like Villeneuve’s alien visitors, less is always more. 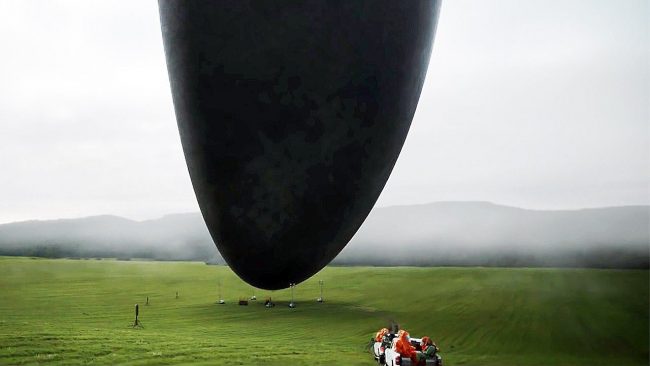 Go and see this film because it will probably get some Oscar love. It’s truly one of the best  films of the year and surpasses my previous number one, Hell or High Water.

When studios have been burning their money on ill-conceived blockbusters, it’s great to have a smart film that is neatly packaged and still so ultimately mind numbing.

Arrival gets 5 intergalactic popcorn pieces out of 5.

Playing at a theatre near you, Rated PG, 120 minutes long.