Brad Pitt just went one better than Indiana Jones: shooting up Nazis on not one, not two, but three movie outings. Arriving as the final part of a recent coincidental career trifecta, Pitt follows up Inglourious Basterds and Fury with Allied, a masterfully realized nostalgic throwback to World War Two espionage dramas of yesteryear.

Director Robert Zemeckis (Back to the Future, Forrest Gump, Cast Away) casts Pitt not as another entrenched grunt but as the quintessential leading man, drawing on Bogart, Redford, and Connery. Alongside Pitt, Marion Cotillard revels in reviving the classic film noir femme fatale, a mysterious and powerful woman who can never fully be trusted (though Zemeckis and Cotillard bring far more depth to this oldest of character tropes).

The movie kicks off in occupied Casablanca – almost inside the 1942 movie of the same name – where Pitt’s undercover Canadian Intelligence Officer Max locates Cotillard’s French Resistance fighter Marianne, to carry out an allied assassination of a top ranking Nazi officer. From here on in, cover story marriage becomes real marriage, and the movie relocates to war-torn London for the remainder. If this is starting to sound more old fashioned than a stiff Old Fashioned, that’s because it is. It really is. 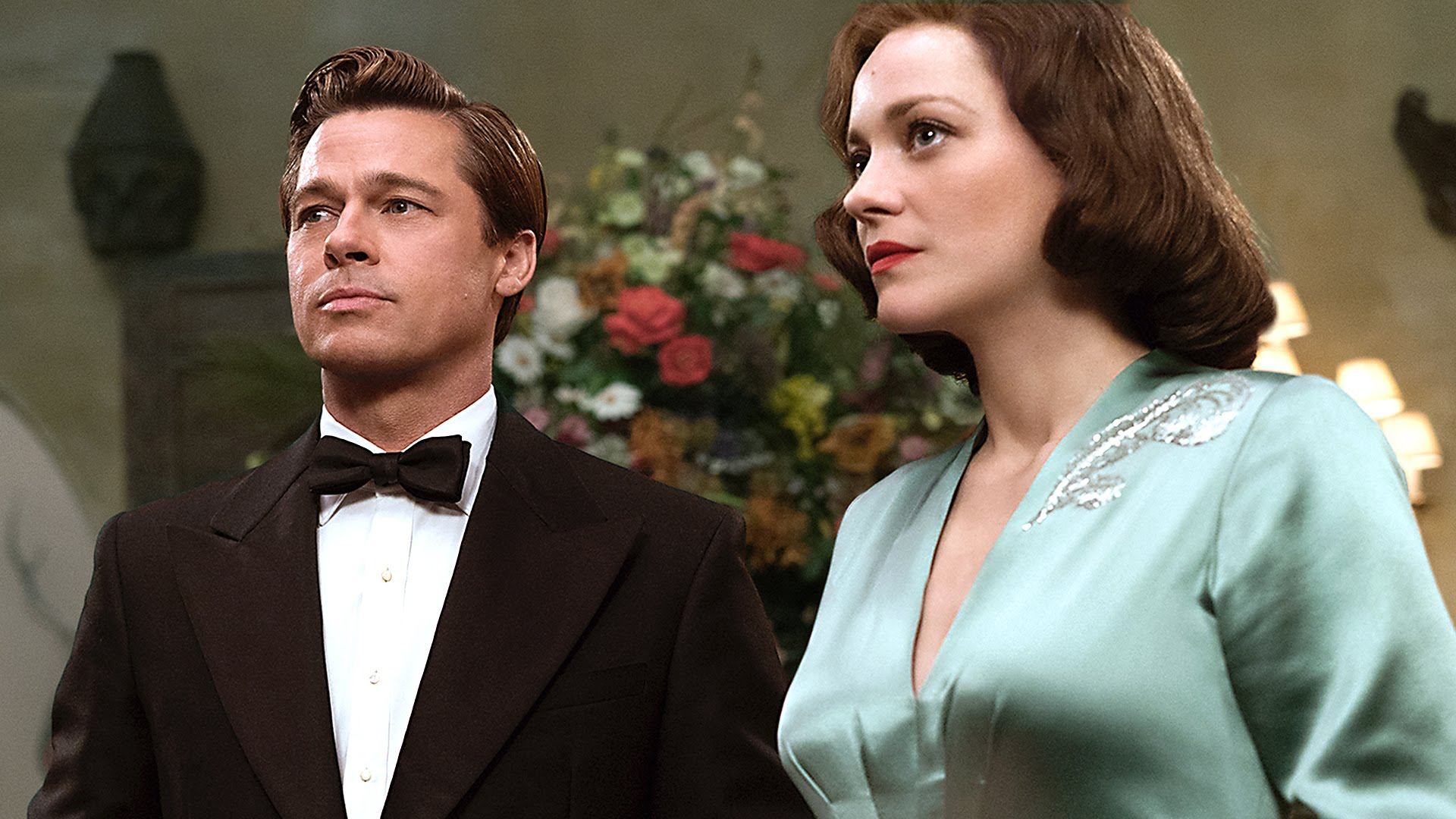 Followers of Zemeckis films shouldn’t be too surprised; he’s made a career out of romancing rather than critiquing the past. Allied is a movie more about classical Hollywood war movies than an actual historical event. It’s in that respect that Zemeckis really flourishes and it’s in that opening Casablanca section that he and the movie are at their joyful best.

This is thirty minutes or so of Pitt and Cotillard tearing up Nazi cocktail parties with effortless charm, beauty, and machine guns, while dropping F-bombs and an effects budget that’d make Bogart and Bergman green with envy. It’s such a thrilling opening that you can’t help but wish the movie stayed in North Africa and retained its energy. 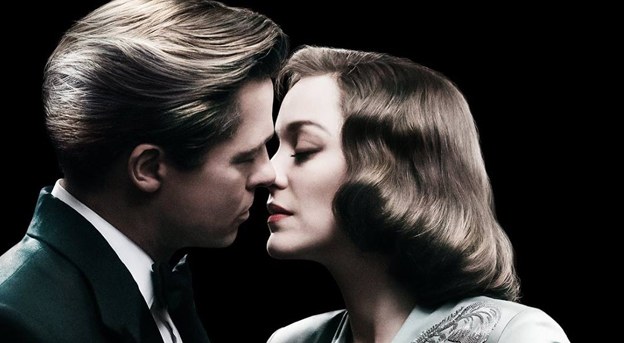 Once the movie switches location to London there’s a noticeable lull in pace and tone. The Hitchcock-like sexual tension between the leads and film noir caper are replaced by teatime BBC Sunday drama. It all gets very safe, very pretty, and a little Antiques Roadshow. At this point a lesbian couple almost making out in a pub is about as risky as the movie is willing to get.

Things pick up again in the final third. Events begin to spiral out of control as the movie’s central concept of Marianne’s true identity and motives are questioned and clouded.  The ‘is she, isn’t she’ reveal is carried off with deft and beautiful subtlety by Zemeckis, while Pitt and Cotillard’s gravitas add force and emotional wallop. These are roles for real, old school, movie stars, both equal in beauty and power. 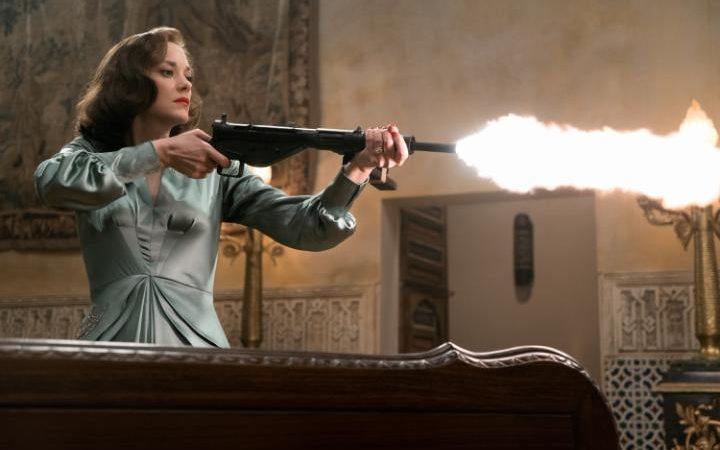 Zemeckis delivers his best action romp in years. While some of the key character motives may come off more than a little underdeveloped and should be much more sinister than the all-too-often cookie jar tone allows, Allied is an exciting and engaging throwback to a time when larger than life movie stars ruled the world.

Allied is a respectable 4 popcorn kernels out of 5.