Boarded and scribbled up, to the casual onlooker it would seem that the Vancouver Contemporary Art Gallery had recently been struck by vandals or graffiti artists.

But the scrawling text written in black and red spray paint that now covers two façades outside the CAG are actually part of an art installation by Mexico City and London-based artist Stefan Brüggemann. The installation titled “Headlines and Last Lines in the Movies” combines famous last lines from Oscar-winning films with local headlines.

Mingling amongst each other, at times overlapping, and scrawled so bluntly to indicate its directness, the likes of “Forget it, Jake, it’s Chinatown” (Chinatown, 1974) and “Enbridge Pipeline Rejected” co-mingle together. Their poignancy and natural magnetism for tweets and Instagram hashtags alike are made even more obvious by the modern elegance of glass windows of the towers that border the CAG, located at 555 Nelson Street.

Brüggemann has been known to employ text in his art pieces, like layering a dozen quotes on top of one another to obscure the true meaning of the words. Or contrasting simple white text on a black wall to convey deep thinking about the nature of art.

Of this film and newspaper-inspired installation, Brüggemann has said that by selecting text from both newspapers and film, he wanted to “[juxtapose] reality and fiction.”

“Both movies and the news are important reflections of our culture that not only influence, but also manipulate the public’s comprehension of society,” Brüggemann said in a release.

The Vancouver installation of “Headlines and Last Lines” differs from its two previous incarnations (New York in 2010 and Sao Paolo) where the artist set up the quotes inside the galleries, lit by fluorescents and mounted on mirrors.

This incarnation will be available for viewing at the CAG throughout the summer until September 17. 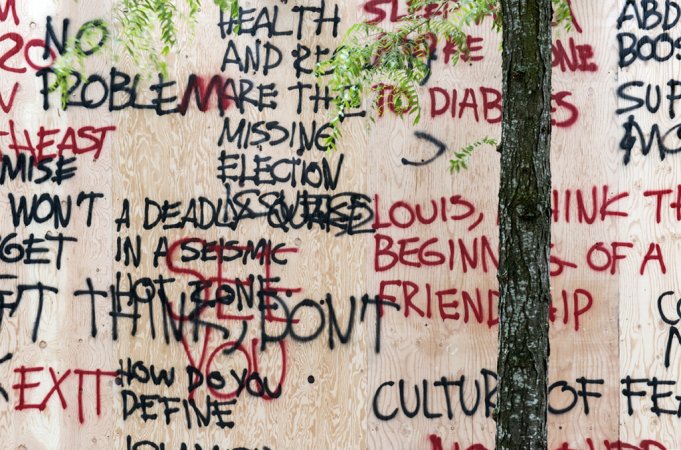 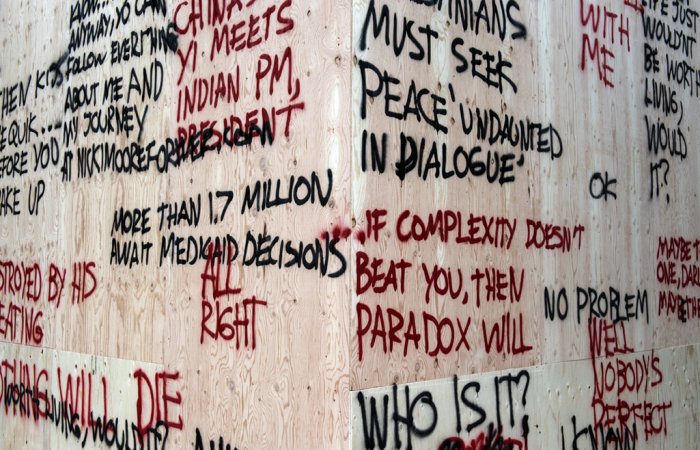 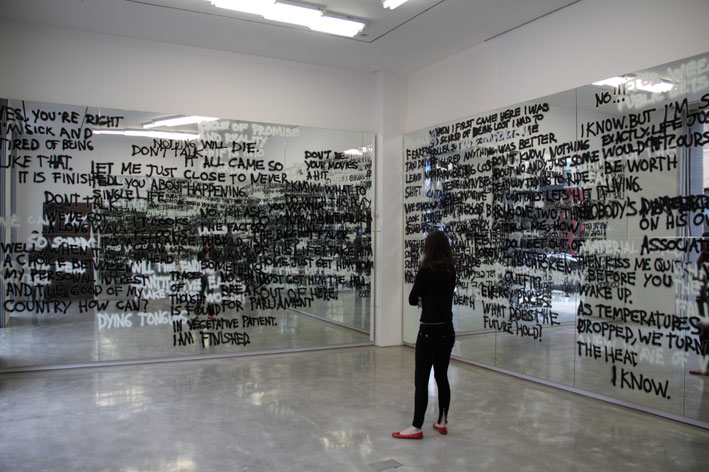 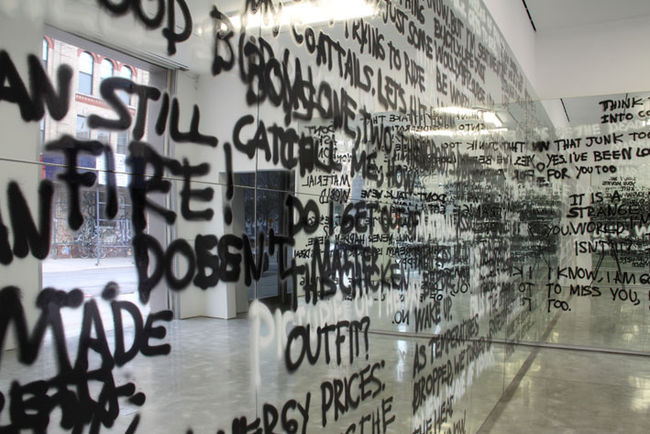 Hours: Tuesday to Sunday from noon to 6 p.m.

Headlines & Last Lines in the Movies will be on display until September 7, 2014