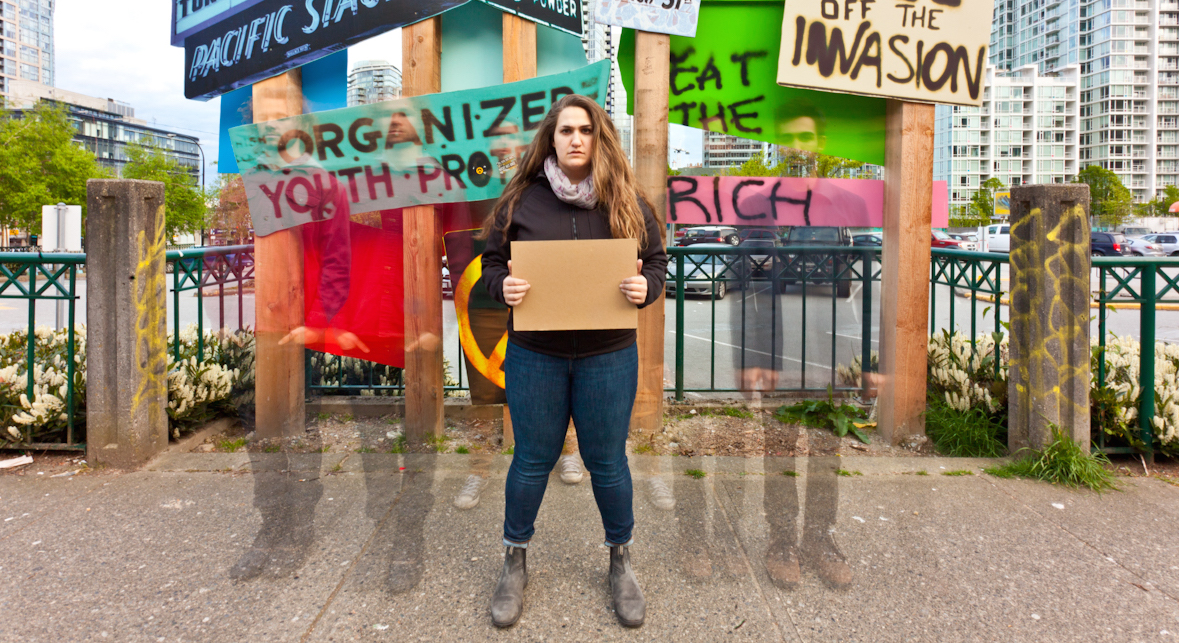 “So you’re going to review our show?”

I can’t say that I was expecting to meet any of the cast of Movements No. 1&2 at all, never mind have a conversation with one of them. The question was equal parts surprising and valid as I was sitting in the clearly marked “reserved for media” seat.

After sheepishly answering performer Nathan Barrett, I took in the whole of my surroundings. Babelle Theatre wasn’t doing anything to hide the fact that Movements is a performance presented by artists. Beers came from the fridge on stage, actors acknowledged friends, and the tech equipment sat in plain sight. Movements dropped the pretence and allowed me to engage with what I was witnessing.

The content in Babelle’s latest production feels incredibly relevant, due to the #Occupy Movement still fresh in the public’s mind, as well as Black Lives Matter making headlines on a daily basis. Most public movements are forced to guide their followers through rhetoric, but frequently lose control when the movement grows faster than its leaders can handle.

This problem of choosing a message or a language is the foundation of the plot in Movements. In the opening scene, Olivia, played by Naomi Vogt, greets her partner Jeremy (Nathan Barrett), grabs the microphone on stage and kicks the play off, “Everybody acts like they give a shit, but then they do nothing. I say we do something.” This “something” snowballs into an unruly group movement searching for a label. Olivia struggles against Jeremy and Nadeem Phillip’s perfectly sleazy Douglas, as they both try to convince her of the best way to run her movement. 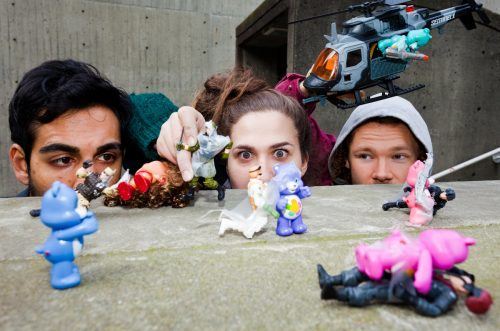 The play seamlessly flows between reality and trippy dream sequences that occasionally seem to be making fun of performance art. Movement wrestles with its own content, not wanting to force a message while also trying to assure it conveys meaning to an audience. All of the strangeness didn’t take away any of my enjoyment; it was actually the catalyst for it. The great performances, paired with an incredible design team, made Movements No. 1&2 a play that had my eyes and heart glued to the stage.

Throughout the performance, the audience was treated to a unique sensory experience via the superb sound, light, and set design. The real beauty was that each element felt like it became interchangeable with another. The thick layer of dirt covering the floor and working faucet played crucial roles in the soundscape of Movements, even though they were technically a component of the set design.

In the neutrality of the painted white set, lighting managed to create physical and emotional spaces that told the story more efficiently than any set dressing could. Finally, the digital and highly jarring soundtrack punctuated all of the dramatic moments and brought the show to a visceral climax. 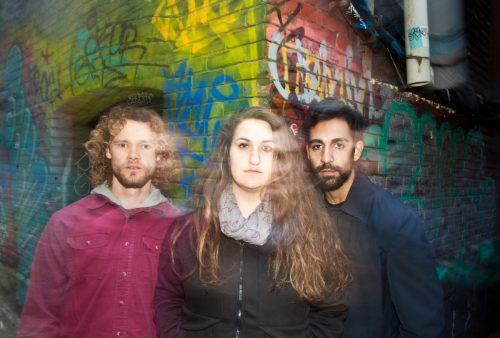 The performances compounded the success of the design team and carried the weight of the non-conventional script extremely well. One of the clearest moments I recall was a scene in which Olivia, played by Naomi Vogt, sat with us in silence and made prolonged eye contact with every individual. Normally, the long silence would have bored me to tears, but her dedication to delivering truth in this moment was powerful.

Nathan Barrett brought the required emotional honesty to Jeremy’s supportive yet complex role. Olivia best describes the character of Douglas, “You are such a cliché,” but Nadeem Phillip brought a refreshing, playful energy that was a joy to watch.

Movements No. 1&2 might not “make sense” in traditional terms by following typical story conventions or hand-delivering you a message of what is right and wrong. It’s fantastic because what Babelle Theatre chooses not to do is exactly what makes it so compelling. It encourages you to give up what you take for granted about theatre, so that you may actually experience it.