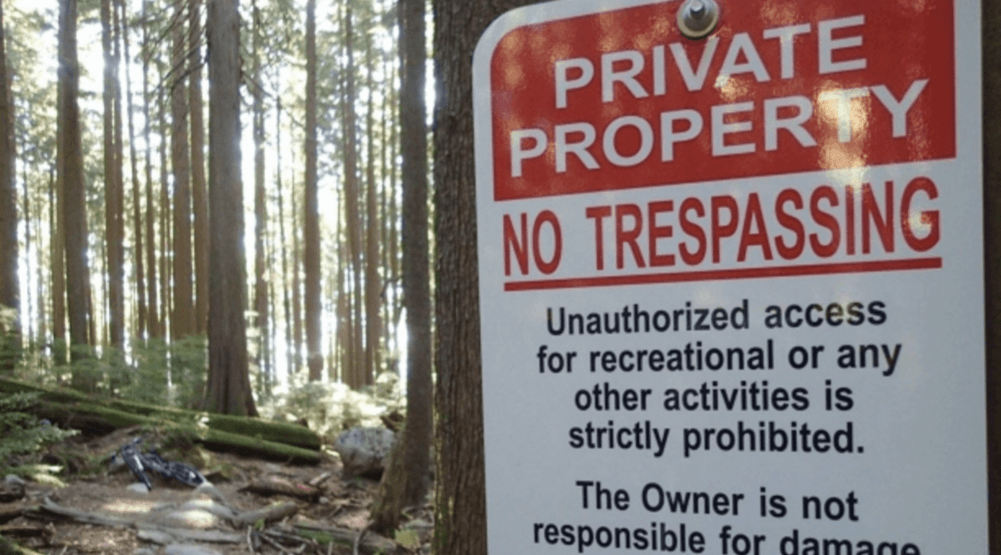 A majority of trails on Mount Seymour in North Vancouver have been closed down.

Twenty-five “No Trespassing” signs have appeared on Seymour trails that run on land owned by the Canadian Mortgage and Housing Corporation (CMHC).

The North Shore Mountain Bike Association (NSMBA) is responsible for the maintenance of many of the trails.

NSMBA has included a map on its website, which details the land and trails affected by the current CMHC “no trespassing” signs. 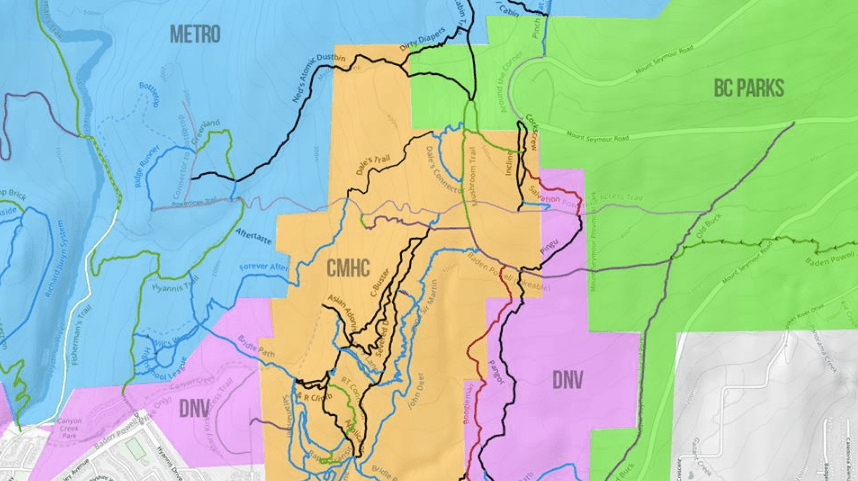 According to NSMBA, the organization has reached out to the CMHC and are waiting for a response.

“At this point in time the NSMBA is waiting to hear back from the CMHC, we hope to receive some communication within a day or two,” NSMBA president Vince Beasse told Daily Hive via email.

“Our organization looks forward to meeting with CMHC representatives to discuss and understand the matter at hand. We wish to help find a resolution that will be beneficial to all parties and user groups.”

The NSMBA is encouraging residents to respect the signage as the organization continues to investigate details.