Vancouver City Council voted overwhelmingly to support Mt. Pleasant’s first rezoning development project under the newly revised Community Plan Implementation Strategy. ‘The Vertical Forest Building’, located on one of the most important intersections in the area at Main and Kingsway, is designed by Arno Matis Architecture (AMA) and features an innovative forest-like façade.

Mt. Pleasant has been a hotbed of resistance to development following the rezoning approval of the Rize Project in 2012, prompting the City to clarify the original community plan with an implementation strategy, approved just days before the AMA project received rezoning support.

The AMA vision proposes a unique mix of laneway artist studios, street oriented commercial/retail and 84 residential units that reflect the diversity of the neighborhood.  The programming at grade will activate the lane and create exciting new opportunities for neighborhood interaction. 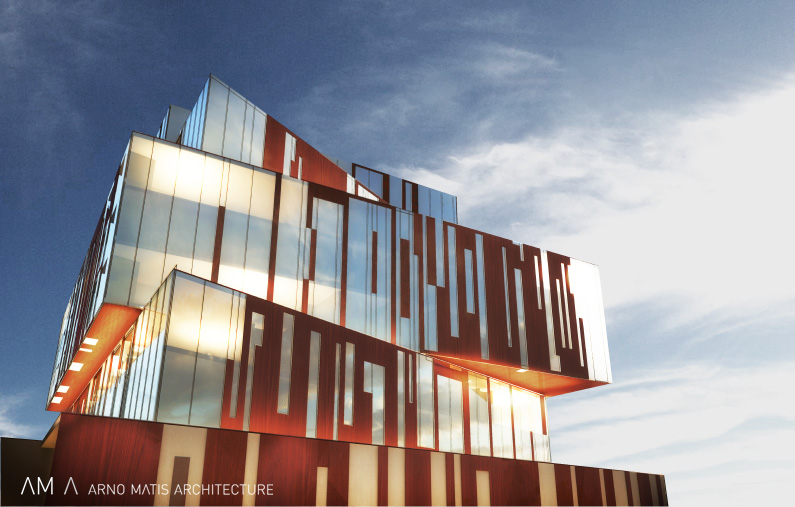 DESIGN FOR A UNIQUE URBAN ECOSYSTEM

The architectural success of the project is attributed to a bold and fresh approach to inserting a futuristic design into an historic neighborhood. The design employs a sophisticated ‘biomimetic’ passive solar strategy by integrating a forest-like pattern into the building’s façade. This skin, tailored to the solar/view angles of the site, seeks to mimic the forest’s innate efficiency in filtering and controlling light. Clad in innovative wood veneer and glass curtain wall panels, it is the first application of this technology on this scale in the world.

The project’s unique silhouette is the result of AMA’s ‘residual form’ design paradigm; designing in response to external forces within the site’s urban ecosystem.  The building form is dynamic with its massing pushing and pulling along slip planes, responding to shifts in the City grid and opening up breathtaking views to and from the site. 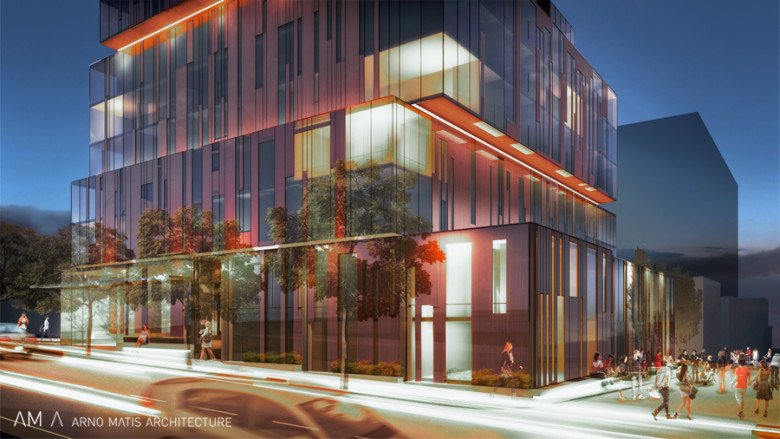 Members of the community and City of Vancouver Council alike offered glowing reviews for the architecturally ambitious design.

”…it’s exciting to hear that there are people that think it will be a very visual landmark for the community.“ stated Councilor Reimer.

“this neighbourhood is changing in what can only be seen as a very positive way…this is an emerging neighbourhood…I think it happens to be a really cool design” noting that against Bjarke Ingels’ Beach & Howe project (reviewed at the same hearing), “this one held its own…this one caught our eye” noted Councilor Deal (acting as chair) in her closing comments.

“…it is this that the tourists are going to remember visiting Vancouver…the architect has done a remarkable work with this site.” stated project supporter, Ms. Fuzailow.

“Mount Pleasant is known for being funky and cool and this building fits that notion perfectly…Mayor and Council took a great step forward last week approving the daring design of BIG’s Beach and Howe project, and although the proposal at 2290 Main Street is far smaller, it could have an equal impact on design expectations…” noted Vancouver resident, Mr. Wren.