View cones are a contentious issue in the city of Vancouver given the value seen by some with having a clear line of sight of the North Shore mountains from their properties.

These view cones were introduced by the city’s urban planners who sought to protect mountain views by restricting the heights of buildings in particular areas of the city.

However, others see the view cones as a contributing factor to the city’s high real estate costs given its strict and uncompromising regulations that do not permit certain areas to develop into their full economic potential.

More importantly, the location of the view cones and the mountain views the policies protect are highly arbitrary.

A small group of residents at Mount Pleasant have recently voiced concerns that their views of the North Shore mountains may be gone and launched a lawsuit to block the City from narrowing the view corridors of the mountains.

According to a lawsuit filed with the B.C. Supreme Court, the Residents Association of Mount Pleasant (RAMP) alleges that the City of Vancouver has city narrowed two view cones without public notice or consultation.

RAMP claims that these changes will allow developers to build towers up to 100 feet taller near Science World and in the West End near the Burrard Bridge, eliminating views of their precious mountains in the process.

The view cone debate has been ongoing for ages. Views are great and should be protected, however, in a growing metropolis that aims to build on density rather than urban sprawl, these view cones cannot be set in stone and need to be reviewed from time to time. 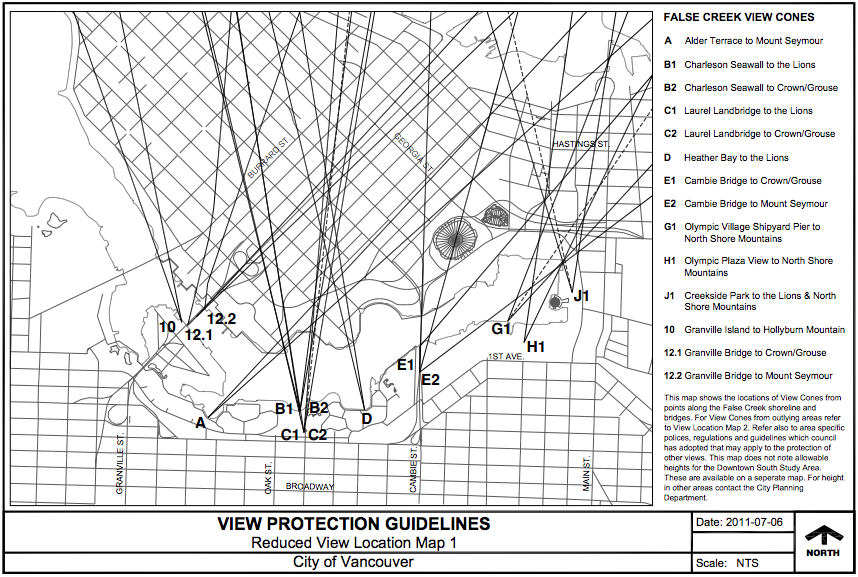