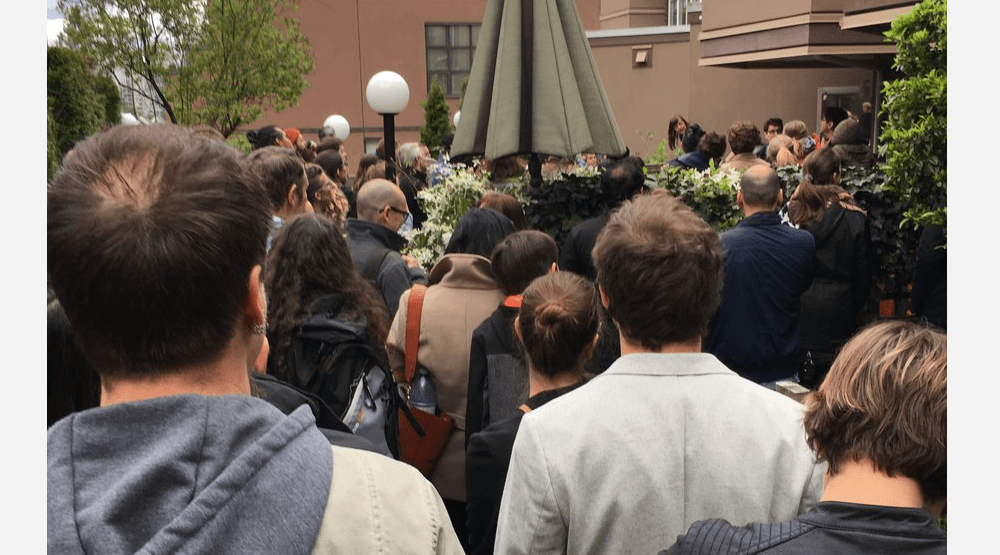 If you needed further proof of the insanity that is Vancouver’s current housing situation, look no further than the Fairview neighbourhood.

On Wednesday evening, the Heritage Housing Coop held an orientation and viewing of a two-bedroom unit in the area, and invited prospective renters to check it out.

And check it out they did.

So this is a showing of a 2 bedroom rental in #Vancouver #yvr. Guy giving the tour says “this is a sign of the times, send pic to your MLA” pic.twitter.com/WFMh8fLgZH

There’s probably 80-100 people here – people with kids get to go first . This is the hunger games of renting in Vancouver. pic.twitter.com/PTKH3RVkvd

“There was around 300 people looking at one-two bedroom apartment,” said Tristan Jasper, who was at the showing for the apartment which is located on the corner of West 8th Avenue and Heather Street.

Jasper told Daily Hive each group of people went in 20 at a time, and “people with children under 3 [years-old] got to go look at it first.”

My sis sent this pic. Not a flash mob. It is the lineup to see a 2 bed co-op in Mount Pleasant. More still arriving. pic.twitter.com/oCuT6C2XB4

Following the orientation, interested candidates were invited to sign up for a 45-minute interview with Heritage Housing Coop.